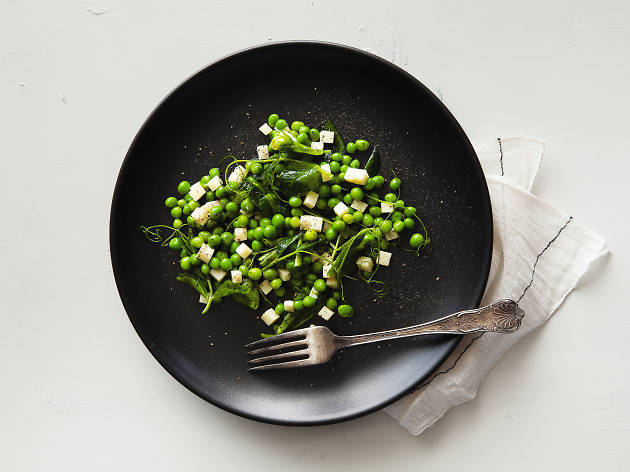 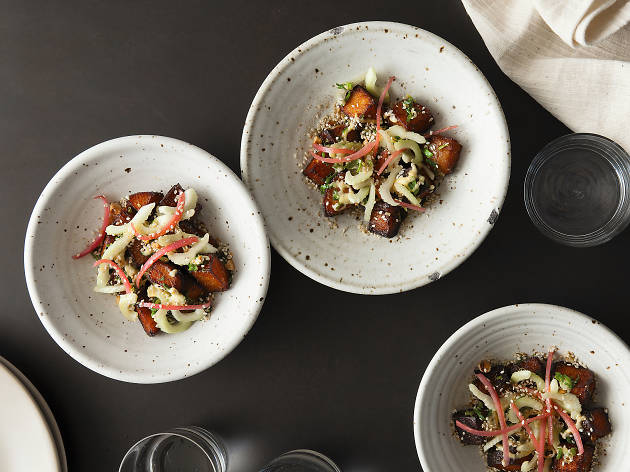 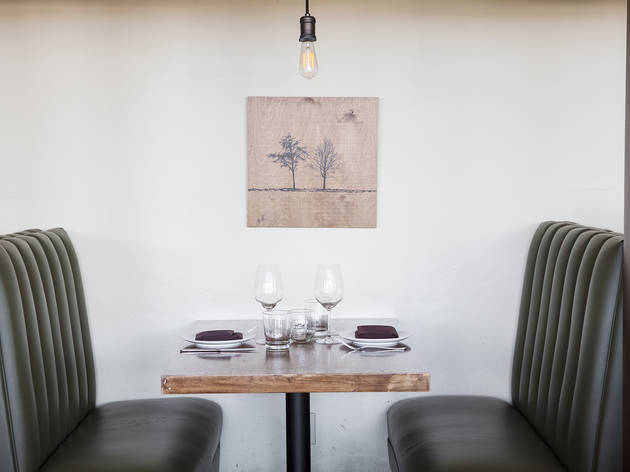 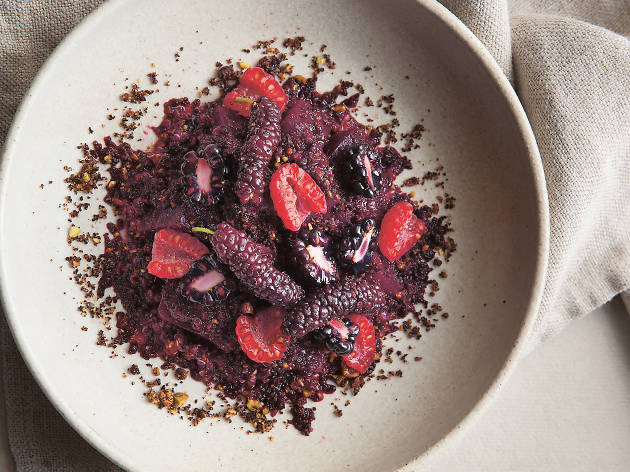 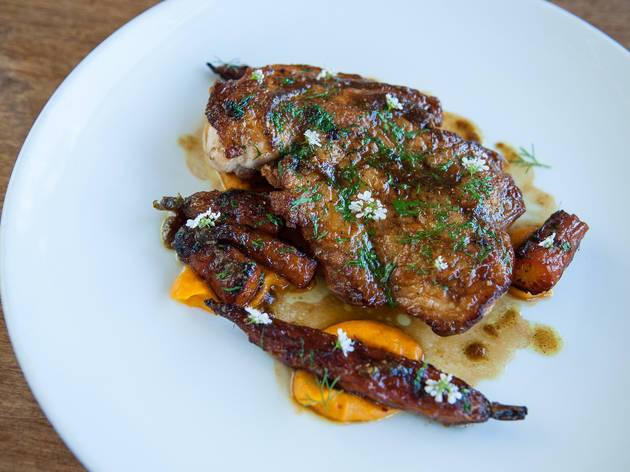 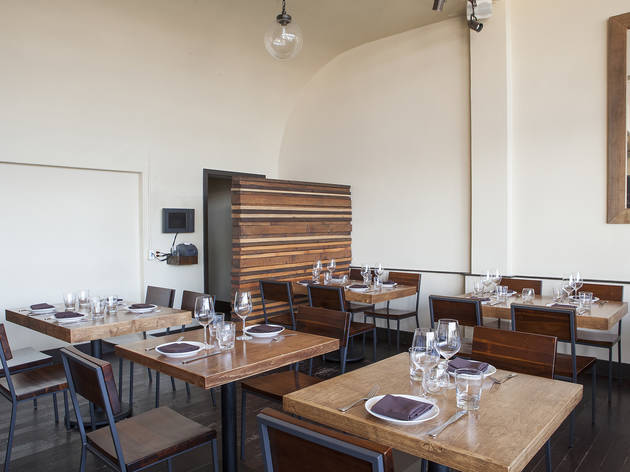 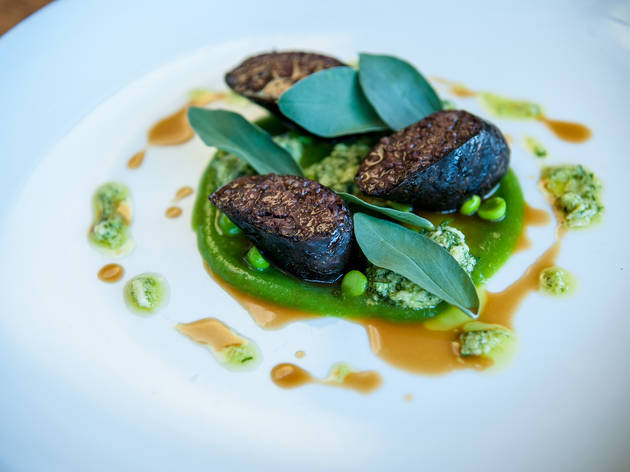 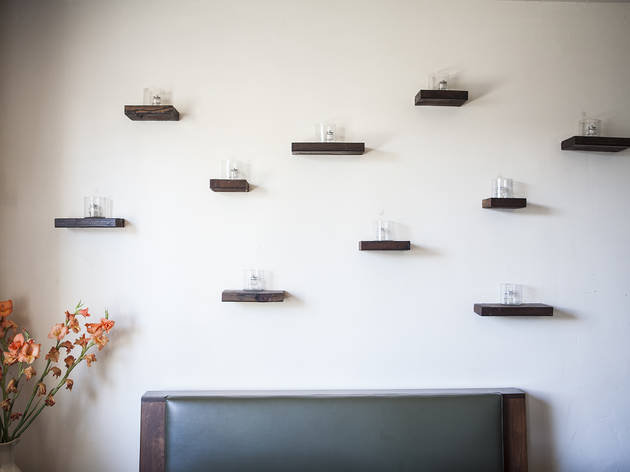 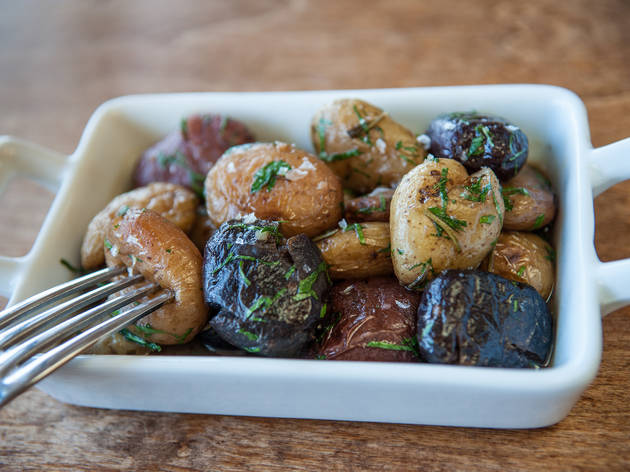 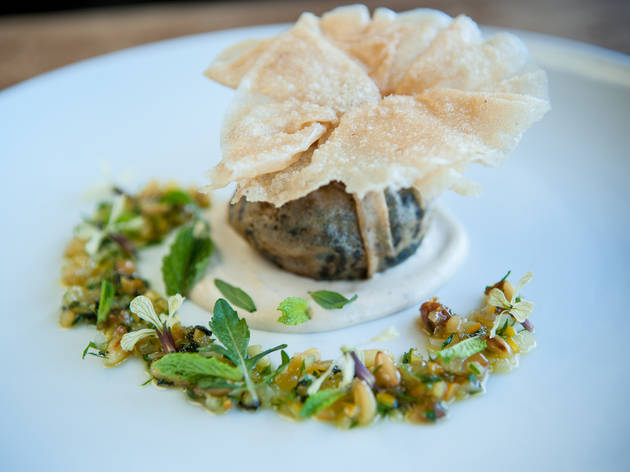 Rustic Canyon, Santa Monica's unpretentious neighborhood favorite for over half a decade is flexing its cooking muscle in all the right ways and is now the best it’s ever been. With the onset of new chef Jeremy Fox (he, of Napa’s famed vegetarian Ubuntu), Rustic Canyon channels an inspired new edge without straying too far from its hyper-seasonal roots.

The seasonally changing menu of high quality, farmers market bounty sees new additions such as pozole. Fox himself wasn't sure anyone would order this traditional Mexican stew, but, in fact, it is the one dish not to miss. Wonderfully light, green garlic and cilantro broth is brightened with citrus that highlights clams, mussels, hominy and fresh beans, while crispy fried tortilla sticks add texture and absorb the liquid gold.

For those that love a sweet and salty tango, the lavender sugar and sea salt almonds ($7) are a great way to begin a meal as is Fox’s version of the ubiquitous kale salad, sweetened with slices of chewy Zahidi dates and tossed with toasted almonds, lemon and Parmesan. Halibut, one of the handful of larger plates on offer, celebrates the season with fresh favas and peas in a richly flavored kohlrabi broth.

There’s not much to be said about the restaurant’s simple dining room, whose minimalist, wood outfitting hasn’t much changed over the years. And service is friendly as always.

What to eat: Focus on other small plates to share such as clam and mussel pozole which is not to be missed. Desserts are equally strong and change on the regular some of the best around. Try the mini banana cream pie ($10)—not overly sweet, it's served in a thick oat crust that's filled with butterscotch, banana cream and topped with sliced caramelized banana slices and vanilla bean-flecked whipped cream on the side.

What to drink: The selection of boutique local and international wines by the glass, bottle, half bottle and craft beer is top notch as are the cocktails. The new cocktail program designed by Chris Hewes—he cut his teeth working with lauded barman Matthew Biancaniello, formerly of the Library Bar—also showcase the seasons. For spring, try the Corazon de Fresas ($15), which calls for mescal, lime, basil and Gaviota-grown strawberries.

Where to sit: For a quick meal, grab a seat in the lounge; otherwise, reserve a booth in the dining room far enough in advance.