Here's a shocker: We actually have seasons in the Valley. In the summer months, the oppressive heat calls for a refreshing cold-brew; in the winter, evening temps dip low enough that a steaming cup of coffee curbs the chill. Good java may be a little harder to find here, but when you do, there's bound to be plenty of free Wi-Fi and ample space to enjoy your drink. To satisfy your cravings—no matter the season—we found the best places in North Hollywood and Valley Village for a cold-brew, latte, espresso or whatever satisfies your caffeine fix. 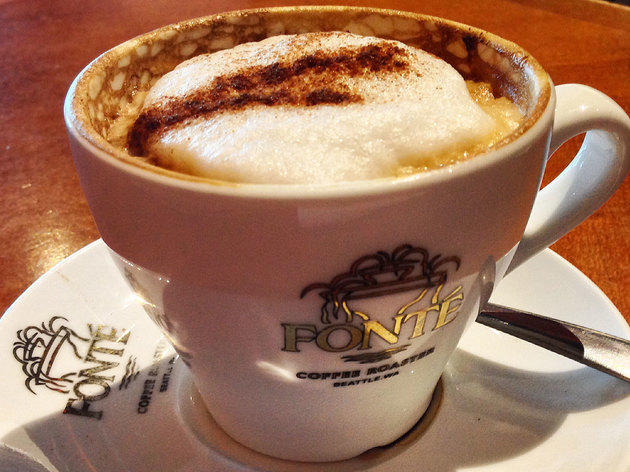 "Are you Bob?" you might ask the man working the counter at Bob's Espresso Bar in North Hollywood, and the answer will almost certainly be yes. Bob, who is Robert Romanus (an actor who once starred in Fast Times at Ridgemont High), opened his namesake coffee shop as a place where actors and musicians could network and hang out, all while Bob froths milk and roasts beans in his low-slung Red Sox cap. The space consists of a few tables with quaint lamps sitting on top of each, and a sofa that faces a small stage where open mic nights regularly feature poets, singers, actors and the occasional medium. Just there for the coffee? Order a house specialty using Billy's Brew, like the "Shot in the Dark," or let Bob make you an espresso with two shots. You can use it as a work space, too: WiFi is free and unlimited. 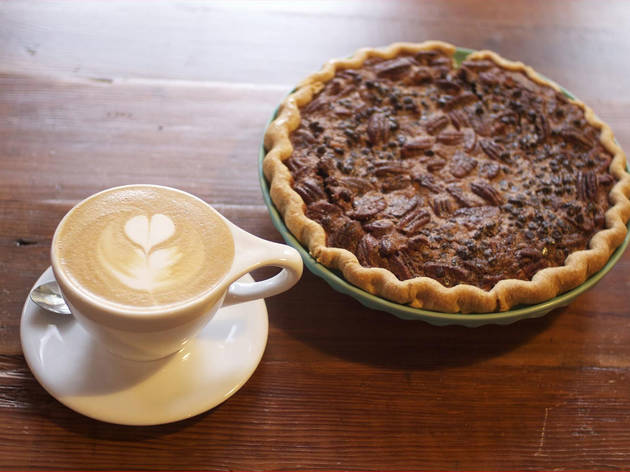 Republic of Pie looks more like a homey living room than a coffee shop, but that doesn't mean their menu is something you could whip up in your kitchen. Beautiful (and indulgent) pies are made fresh daily—dare we say they are some of the best desserts in the Valley. If you're craving something sweet, go for the chocolate banana bread pudding pie, the cookies n' cream, or the coconut cream pie. Wanting something more savory? Their mac and cheese pot pie is crazy good, as is their ham and swiss quiche. As for the drinks, a long list of coffee and tea is written out on a blackboard, boasting items like the NoHo cold brew and a refreshing white tip jasmine tea. Stick around until 6pm on weekdays and 3pm on weekends, when open mic sessions start and local musicians practice their craft infront of a crowd of Valley residents strewn across lovingly-worn couches. 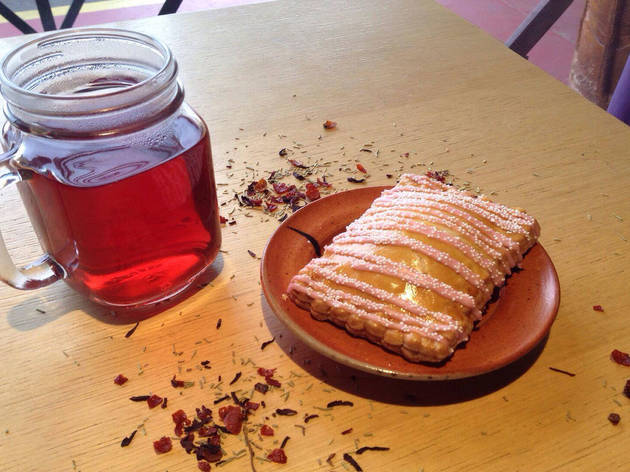 Tucked away in a strip mall off of Cahuenga Boulevard, Moby's Coffee & Tea Co. makes itself noticeable only by a whimsical sign of a whale holding a steaming cup of coffee—how can you not pop in for a minute? Once inside, you'll soon notice that Moby's is all about community, from the art on the walls to the coffee mugs crafted by local artisans. Organic, house-blended iced coffee arrives in a mason jar, chai tea lattes come in giant mugs filled to the brim, and blended drinks make this cozy coffee shop just as friendly for kids as it is for caffeine-craving adults. It's a great place to work or play—use their free Wi-Fi or grab a board game and settle in for the afternoon. 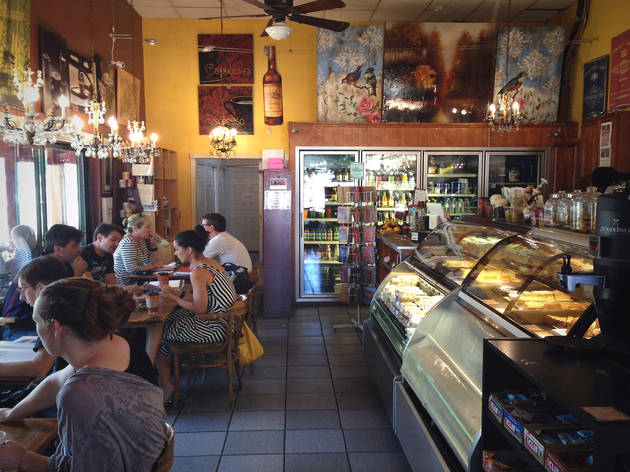 The best place to sit at Marie et Cie is on their enclosed deck, where couches and loveseats offer a comfortable place to settle in with a book and a cup of coffee. Attached to a charming lifestyle boutique, the French-inspired, Valley Village cafe is all sorts of "darling," with wrought-iron chairs and tables that accompany a bubbling fountain on the outdoor patio. The cafe just started a breakfast and lunch service on Thursdays through Sundays, or stop by for a selection of pillowy pastries and an extensive coffee and tea menu, and enjoy the friendly banter of regulars who come here to work (Wi-Fi offered with a $4 purchase) and chat in a setting that's straight out of a Martha Stewart catalog.