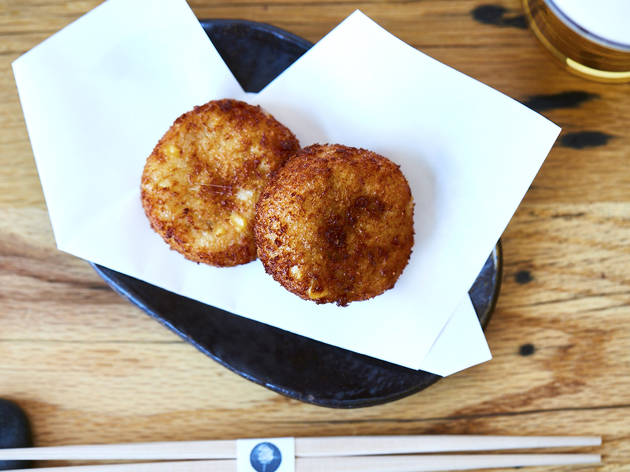 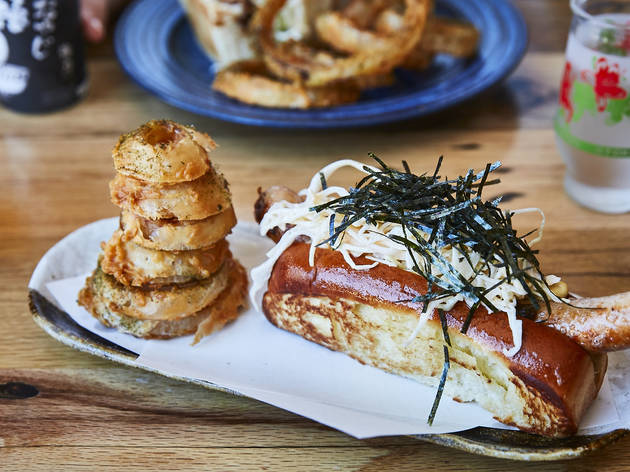 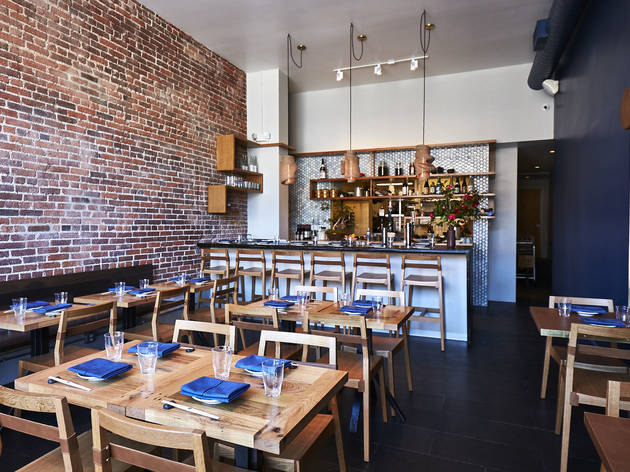 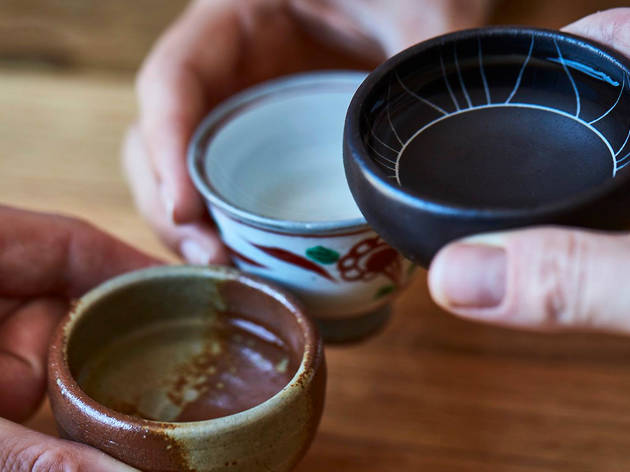 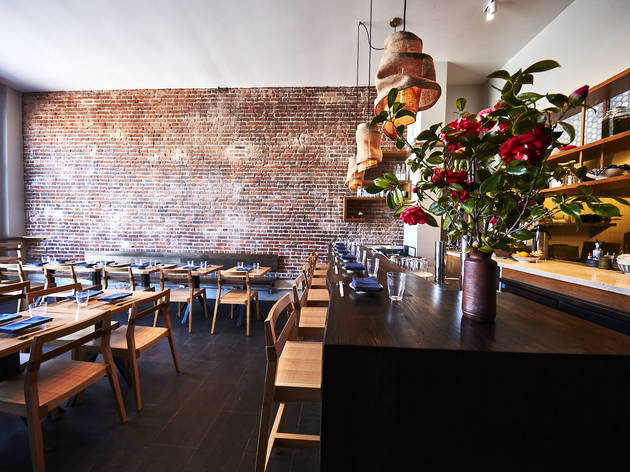 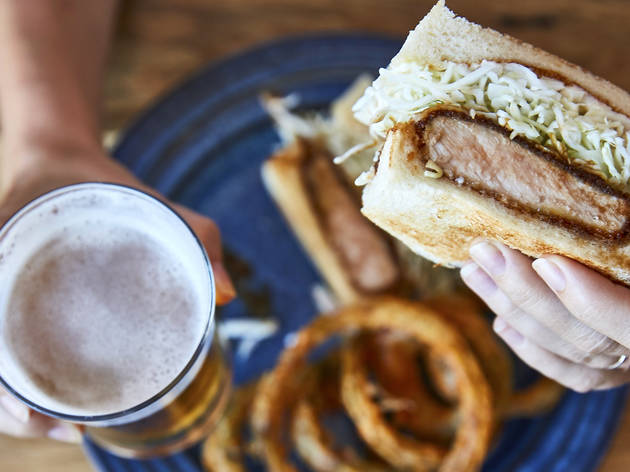 Echo Park's charming izakaya keeps an eye on sake and authenticity, if not the fryer.

There’s a great deal of promise in Tsubaki, the izakaya from chef Charles Namba (formerly of Bouchon) and sommelier Courtney Kaplan. The pricing is sensible: A meal for two, including alcohol, should arrive under $100. The service exudes charm, and the subdued lighting in the tiny dining room makes it a perfect location for an Echo Park date night or a solo supper.

Unfortunately, despite the thought that has gone into the menu, inexact cooking disappoints. Frying was particularly inconsistent; Kinoko croquettes flecked with chestnuts were on-point, while buttermilk onion rings that accompanied a tonkatsu sandwich on the happy hour menu were too oily. It’s a shame, as said sandwich recreates exactly—and this is a good thing—the convenience-store snack I purchase before every train journey in Japan. Nasu nibitashi (braised Japanese eggplant, $8), a softly shimmering chawanmushi (steamed egg custard with bay scallops, $9) and a standard but well-executed goma-ae (long beans and broccolini in a sesame dressing, $6) showed that when the kitchen gets it right, it has the potential to be good. And, in the case of a perfect binchōtan-grilled sakura masu (ocean trout, $14), very good indeed.

Sadly, such highlights were few and far between and came punctuated by too many missteps to give Tsubaki an enthusiastic thumbs up. Ebi shio-koji yaki (grilled Caledonian blue prawns, $17) had been cooked to mush, as had the chicken in the kara-age (fried chicken, $11), an izakaya staple. This trend of overcooking—supported by additional dishes—implies Namba has yet to impress on his crew that Japan’s best gastropubs succeed because of the consistency of their food, and not simply the joys of their sake collections.

On the alcohol score, however, Tsubaki is on its game, as the list of wines, shōchū and sake are thoroughly considered in terms of range, price and the wide variety offered by the glass.

I’ve traveled thousands of miles to satisfy my urge to eat at my favorite izakaya; on current showing, I’m not sure I would cross the city to visit Tsubaki again. Despite that, if the kitchen can deliver a level of food to match the warmth of the welcome—and the ambiance—I think it has a good chance of carving out a healthy neighborhood niche for itself.

The sakura masu was easily the best dish of our visits, followed closely by nasu nibitashi. The happy hour Japanese “Dodger Dog” ($10) and the Tonkatsu Sando ($10) would both serve as a solid solo supper.

Although the dining room is small, Tsubaki sets itself up well to cater for dates, larger groups and walk-ins. If I lived nearby, I could see myself becoming a regular at the bar counter.

Visiting Kaplan’s lists of sake by the glass would be a reason, on its own, to put Tsubaki on regular rotation.