Whether your dream of a perfect day involves al fresco wine tastings, moonlit hikes, or dancing barefoot in the park, LA has a surfeit of stylish outdoor spots to satisfy your whims. Here are our favorite outdoor places that draw fashion and style mavens. 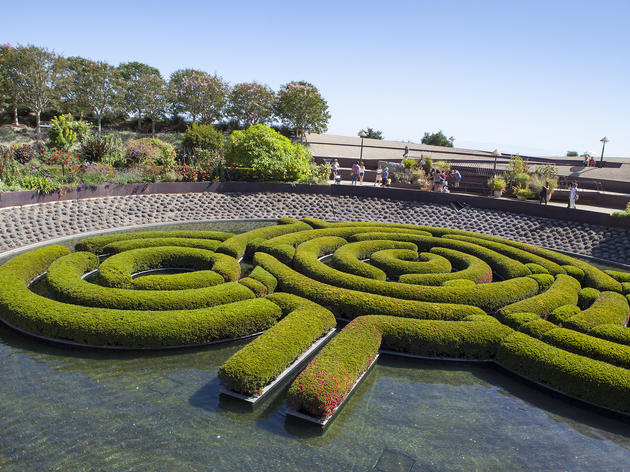 Los Angeles's hilltop acropolis was conceived as a home for the hitherto disparate entities of the J Paul Getty Trust, but that's the only straightforward thing about it. Architect Richard Meier was hired to build the museum in 1984, but it took 13 years, several additional designers (to work on the interior and the landscaping) and $1 billion to complete. The end result is a remarkable complex of travertine and white metal–clad pavilions that resembles a kind of monastic retreat designed for James Bond. Its relative inaccessibility is more than compensated for by the panoramic views, from the hills and the ocean in the west all the way around to Downtown in the east. The Central Garden, designed by Robert Irwin, is worth spending an entire day in. 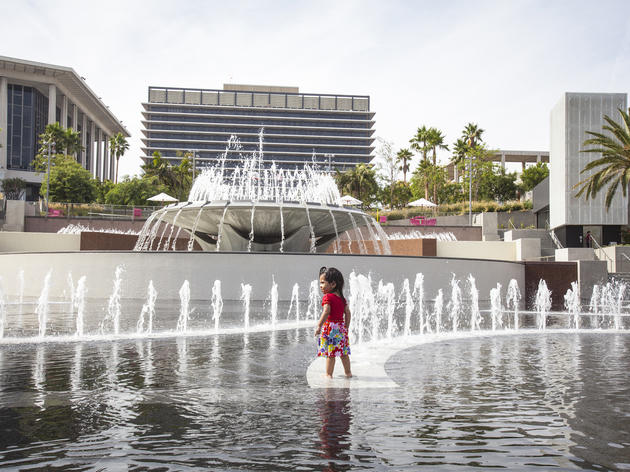 The slow, lumbering mission to turn Downtown LA into a vibrant cultural hub got a lift this summer when a portion of Grand Park's 12 acres officially opened to the public in July 2012. Dotted with fountains, picnic lawns, bright pink benches and plenty of nooks from which to sit and people-watch, Grand Park is a bright urban oasis that proves the city has a sense of romance. Development continues and will include the opening of performance and event lawns by the end of 2012, when the entire park will stretch from the Music Center on Grand Avenue all the way to City Hall. 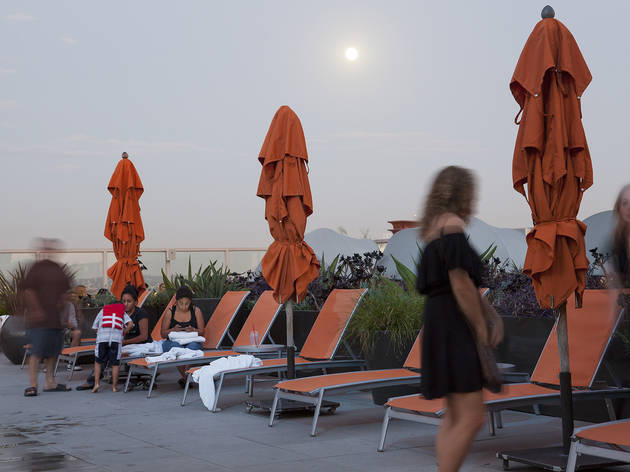 Oh, if these walls could talk. This snazzy hotel from the Hyatt chain was once the hardest partying spot on the Sunset Strip. Known as the Hyatt House, it was where  rock royalty boozed all night long and, as legend has it, where Keith Richards (the Rolling Stones) and Keith Moon (the Who) once threw a TV set off the balcony. But in 2009, the hotel formerly known as "Hyatt Riot" underwent a $48-million makeover to emerge as the sleek boutique Andaz West Hollywood. The 239-room hotel sits in the center of the Sunset Strip’s nightlife scene and pays homage to its history with decorative touches throughout the modern-designed rooms and lobby. There are no shenanigans here. There is, however, a show-stopper of a rooftop sundeck, offering the highest vantage point in the area, with sweeping views of the city. It's the perfect perch from which to sip on grown-up cocktails and gaze at the next generation of rockers partying on the Strip. 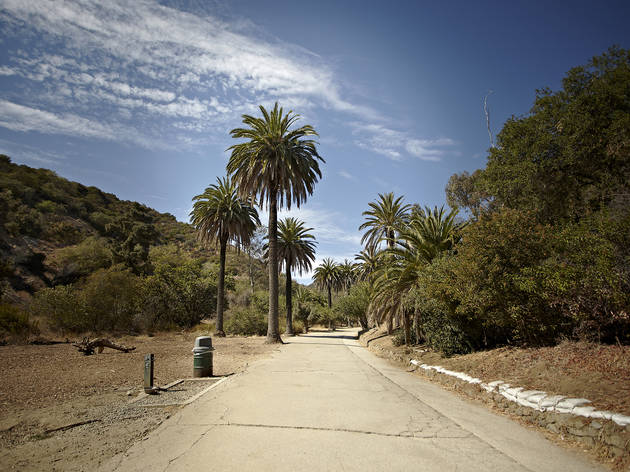 This 160-acre park at the eastern end of the Santa Monica Mountains has one main loop, plus a bevy of dirt hiking trails. It's also got one of the friendliest off-leash dog policies. The sea of buff trainers and their sleek, sweaty clients can get to be too much during the busy morning and weekend workout traffic, but you'll be rewarded with some of the best views of the city (and, if you're lucky, a chance to gawk at power-walking celebs). The southern entrance is at the end of Fuller Avenue in Hollywood; the northern entrance is off the 7300 block of Mulholland Drive. 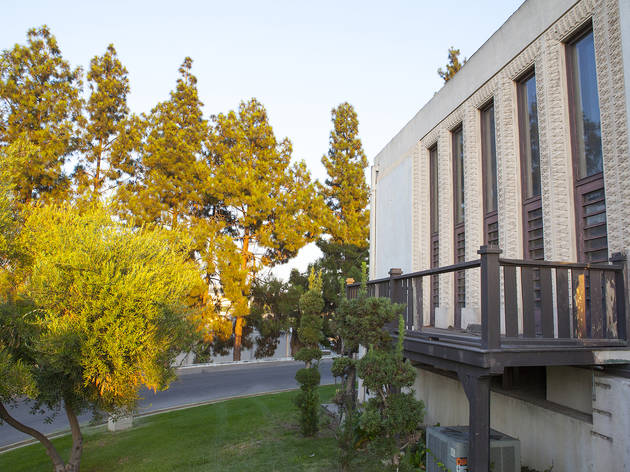 After oil heiress and philanthropist Aline Barnsdall bought this cute little hill after the end of World War I, she engaged Frank Lloyd Wright to build her a group of buildings at its summit. The complex was designed to include a cinema, a theater and an array of artists' studios alongside Hollyhock House, Barnsdall's proposed home, but it was never completed and she never moved in. Barnsdall went on to donate the house, guest house and 11 acres of the land to the city on the premise that they be used as a public art park. More than eight decades later, the site still fulfills that role, with exhibitions in a variety of different gallery spaces. Reservations for tours of the restored buildings—now a Historic National Monument—aren't required unless you're in a group of ten or more. In the summer, the park hosts a variety of al fresco cinema nights, wine tastings and cultural events that bring out a nice mix of singles, couples and young families.