The Hollywood Bowl is beautiful even when it’s empty (when there’s no performance, the iconic venue doubles as a county park). But when there’s a show—when picnic basket-toting concertgoers amble up the hill and fill amphiteater’s 18,000 seats—it’s simply magical.

The summer home of the Los Angeles Philharmonic since 1922, the Bowl is simply unlike any other concert venue in L.A.; seeing a show here isn’t just a performance, it’s an experience. The gates typically open two hours prior to showtime, when guests stream in and start to claim to the picnic areas. Yes, you can bring your own food, and even your own bottles of beer and wine for LA Phil-produced shows (as opposed to lease events, which aren’t BYOB friendly).

Being just about anywhere inside the Bowl feels electric, but of coursewhere you sit does still matter (the bulk of the venue is bench seating). If you’re able to splurge on the box seats (which can cost hundreds of dollars each), you’ll be treated to four foldable chairs with two tables that pop open for the ultimate pre-show picnic. On the opposite end, if you’re booking tickets early you might be able to nab $2 bench seats all the way in the back for some LA Phil. If you don’t want to drop a ton on seats but do still want a taste of a premium experience, consider booking a reservation at the Backyard, an open-air restaurant right next to one of the huge screens that flank the stage. Reserve an early time slot and you’re welcome to wine and dine right up until the start of the show.

There’s, of course, one notorious downside to seeing a show at the Bowl, but we don’t think that should stop you from coming here. Traffic can be horrendous given its canyon location (however early you think you should leave, leave even earlier), and the parking lots are all stacked, meaning you’re stuck unti any adjacent cars can get out. If you insist on parking on site, Lots C and D across the street are still stacked but sometimes somewhat less of a nightmare than Lot B. Otherwise, we strongly suggest either parking at Ovation Hollywood and taking the shuttle or walking (it’s about 20-plus minutes slightly uphill), or using the Bowl shuttle from the L.A. Zoo (there are park and ride buses to farther destinations around the city, but the zoo bus is by far the most efficient). 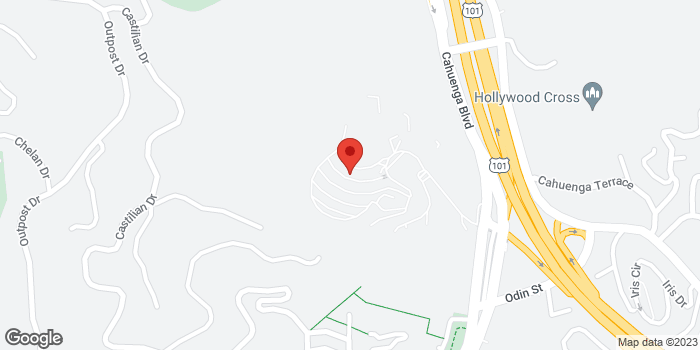 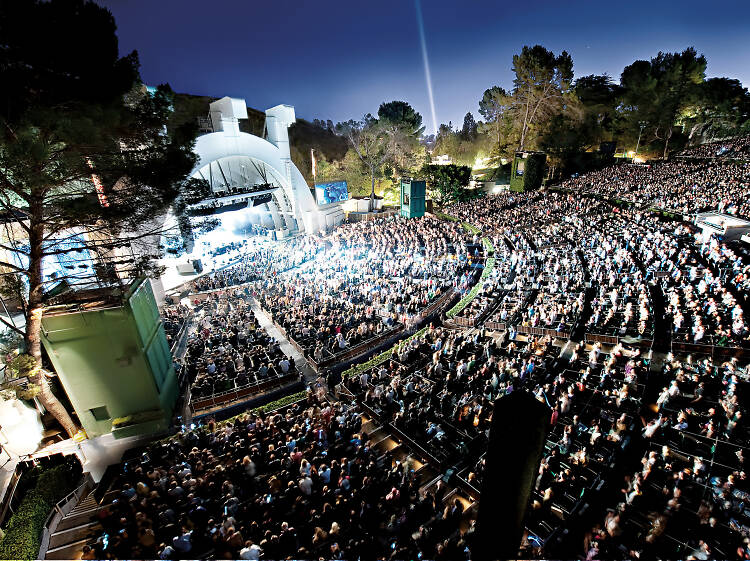 Phans, rejoice! This spring, the tireless jam-band vets hit the Hollywood Bowl with another crowd-pleasing set for its extremely loyal fanbase. Fan culture at Phish concerts is the fuel of the band’s success, with a euphoric dreadlocked attendees under the influence of more than just music. After all, there’s a reason the band’s light shows are out of this world. Should be a phun time for all.

The Office creator and Golden Globes host Ricky Gervais heads to the Hollywood Bowl for a stand-up set that’s sure to make you squirm in your seat. 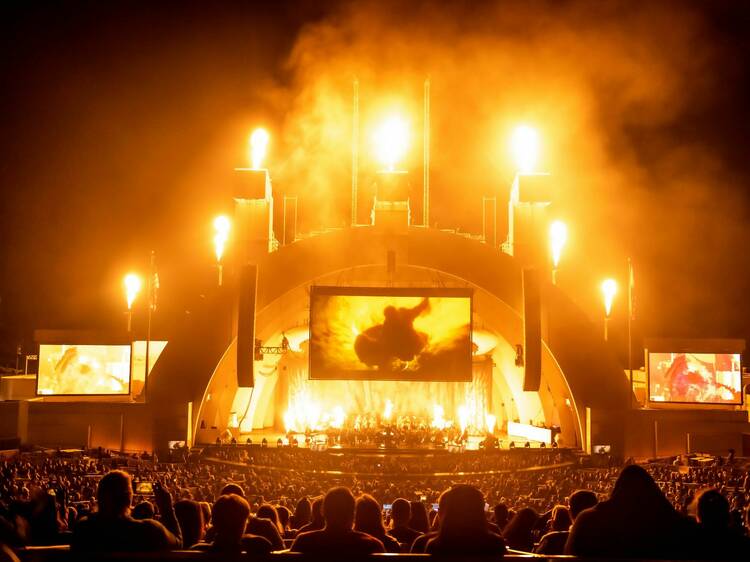 Winter is coming—and so is this touring video experience and orchestral arrangement led by the HBO show’s composer, Ramin Djawadi, which returns after its initial 2017 tour.

It’s a little bit sad to think that for an entire generation, Janet Jackson is better known for baring her breast on live television than for her relentless stream of late-’80s hits. The upcoming tour sees the pop star bringing Ludacris on the road, including for a season-opening evening at the Hollywood Bowl. 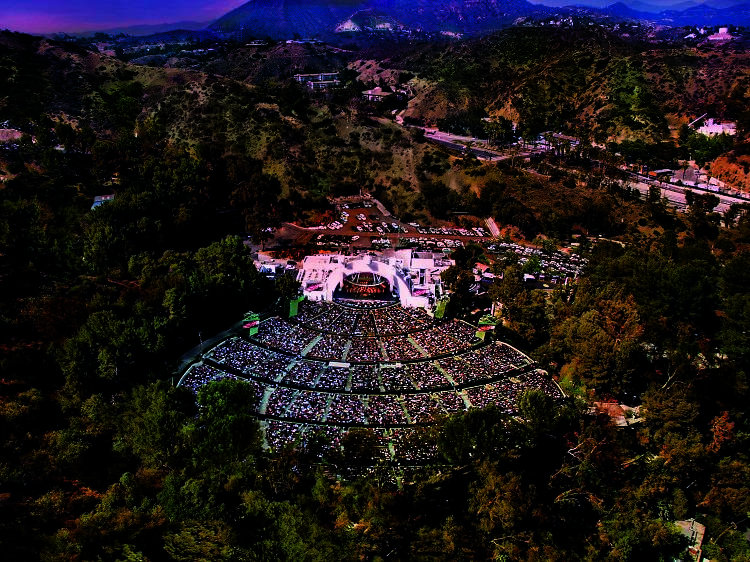 Keen to see jazz greats past and present? Get ready for mellow harmonies and earthy grooves at the annual Hollywood Bowl Jazz Festival this summer. The two-day concert includes performances from Kamasi Washington, Leon Bridges, West Coast Get Down, St. Paul and the Broken Bones, Digable Planets, Poncho Sanchez and more. Remember, it’s at the Hollywood Bowl, so why not share a bottle of wine with some friends and groove along with the jazz’s pride and glory? 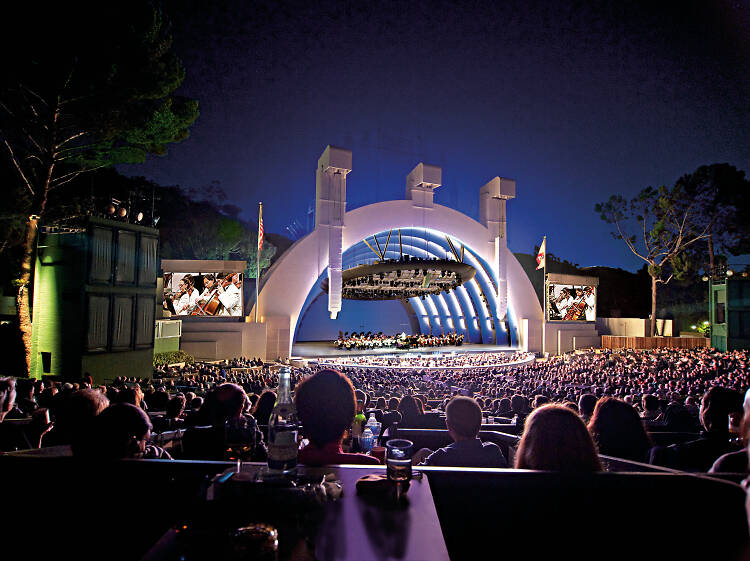 Say what you will about the Game Awards’ semi-awkward mix of product placement and trailers, we can’t argue with the decade-old awards show attaching its name to a celebration of video game music, as performed by the Hollywood Bowl Orchestra. 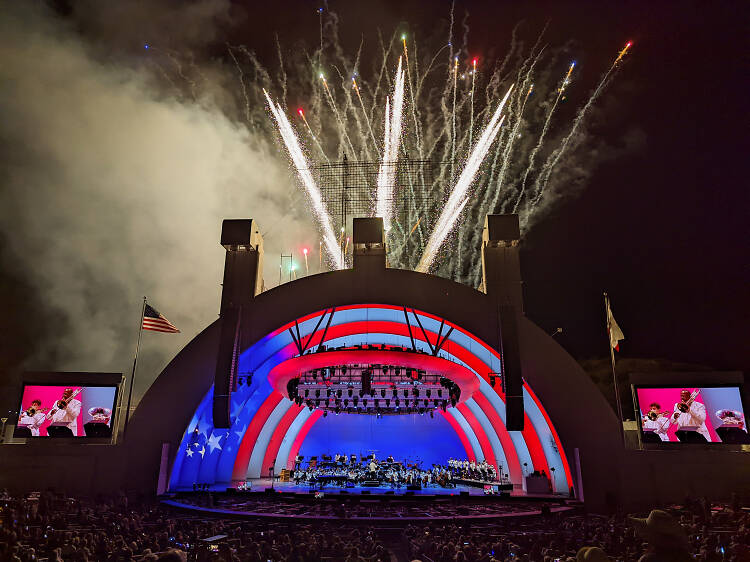 Ring in another year of independence in the grand ol’ USA with the Beach Boys (which these days is Mike Love and Bruce Johnston but not Brian Wilson and Al Jardine) backed by the Hollywood Bowl Orchestra. The Bowl proudly hosts its annual Fourth of July party, complete with a dazzling fireworks finale. Grab your tickets early; seats in the nosebleed section go for less than the price of parking. Or consider springing for front section tickets—it is America’s birthday, after all. 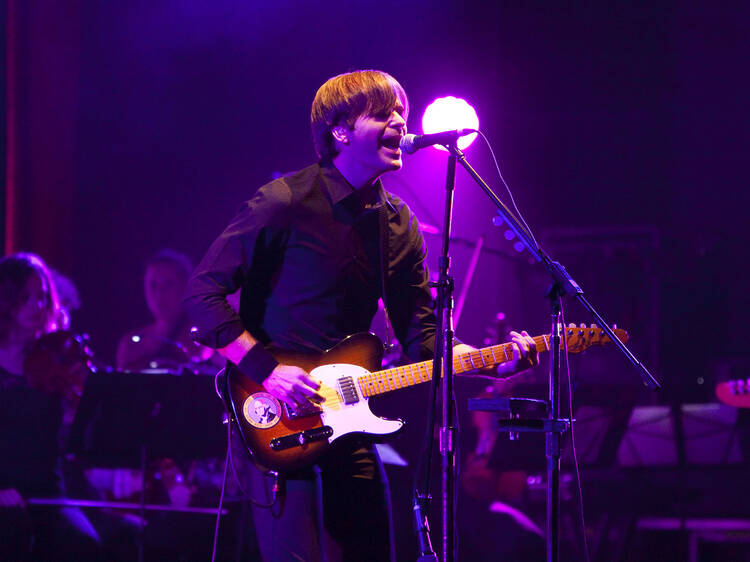 Aughts indie fans, you might want to have a fainting couch ready: Ben Gibbard will be pulling double duty to play through two of 2003’s—and possibly the decade’s—most indelible albums. For one night at the Hollywood Bowl, you can see Gibbard front Death Cab for Cutie to play through Transatlanticism, as well as the Postal Service (with Jimmy Tamborello and Jenny Lewis) to perform Give Up.