Wondering where to watch the Super Bowl, Miami? Skip your couch—or your friend's!—and head to these bars and restaurants.

It's time for another Super Bowl, Miami, which can only mean one thing—watch parties! Those two little words combined conjure images of chicken wing platters and pitchers of beer. In other words, a normal day at Miami's best sports bars. The thing about the Super Bowl is that some of Miami's best bars and restaurants also get in on the big game action, so in addition to a mountain of juicy wings you also get pizza and sushi and whatever else you crave while watching football (or, in some people's cases, the half-time show). After some BOGO cocktails and tasty bar bites at these killer watch parties, you won’t even be upset that your beloved Dolphins didn’t make it to yet another playoff—though maybe just a little upset.

While we have you, here are answers to your most frequently asked Super Bowl questions:

Where will the Super Bowl be played?
Super Bowl LVI will be played at SoFi Stadium in Los Angeles, California.

Which teams are playing in the Super Bowl?
The Los Angeles Rams are going up against the Cincinnati Bengals this year. 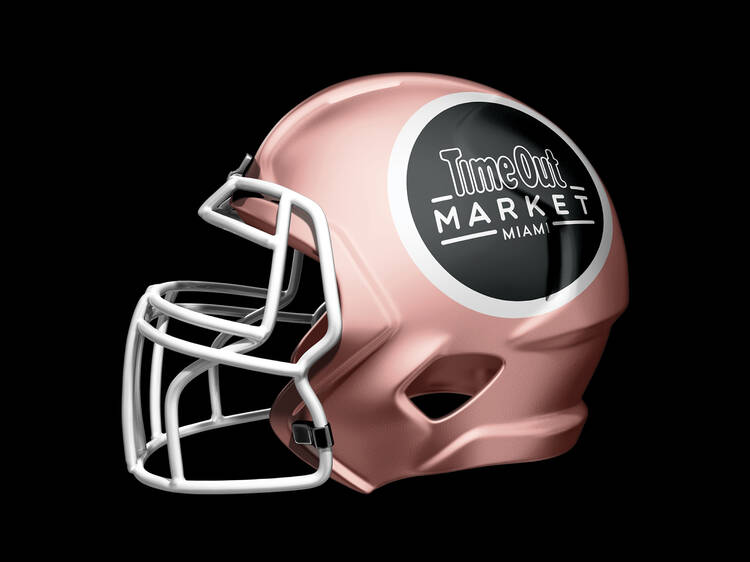 The Big Game at Time Out Market Miami

For a football viewing event that combines great food, excellent drink specials and fun activations to distract you when your team is losing, take yourself down to Time Out Market Miami. The all-day watch party combines the tasty grub of a classic tailgate, the affordable cocktails you’d expect from your favorite happy hour and the massive 17-foot LED screen you can only find at your local movie theater—except no one will tell you to keep it down if you happen to cheer too loudly.

Walk-ins are welcome (no reservations are needed to enjoy the action) but you'll want to plan accordingly to get the most of our game-day specials. From 3pm to 7pm, pay $5 for all local draft beers, $7 for selected wines and $8 for selected craft cocktails. Plus, discounted bites for several of the Market's eateries: 33 Kitchen's ceviche de corvina ($7), La Santa Taqueria's guacamole and totopos ($7) as well as loaded nachos ($15), Chick'n Jones sriracha maple buffalo wings ($14 for a bucket), Square Pie City's arancini ($7) and a Super Sunday Sub Pie ($18 small, $27 large), LUR's croquetas del día ($7) and spicy beef and curry chicken patty specials from King Patty's. It’s the perfect Super Bowl party without the at-home cleanup!

Where to watch the Super Bowl in Miami 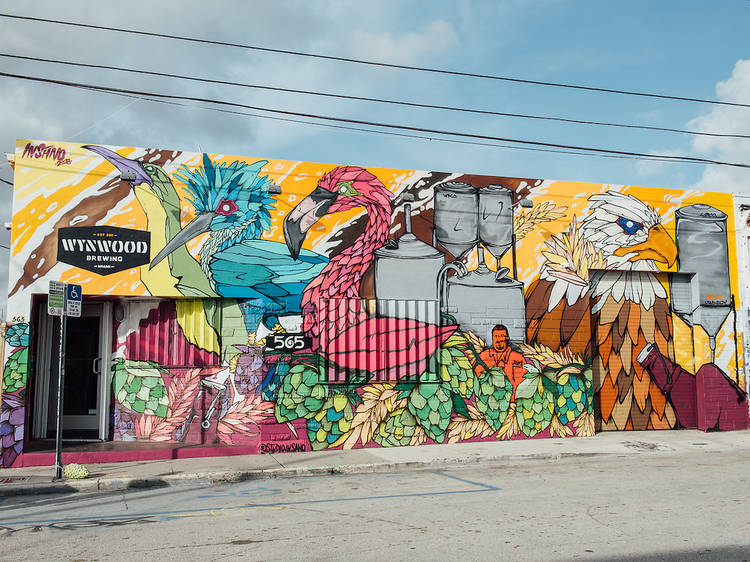 The O.G. Wynwood brewery is showing the big game on an outdoor jumbo screen and running $4 specials on La Rubias. Looking for more cation? Enter the chicken wing eating contest (or just sit around and watch!) for your chance to win a $100 gift card to Wynwood Brewing and a swag bag. (Participants must enter by February 11). 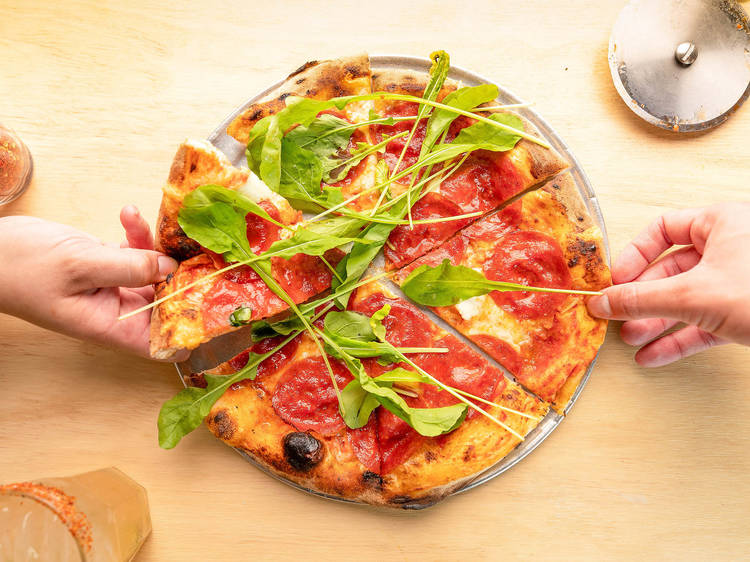 The South Beach pizzeria launches its new happy hour on game day—talk about great timing. Stop in between 3pm and 6pm for a tasty pregame of half-price beer, wine, cocktails and pizza. 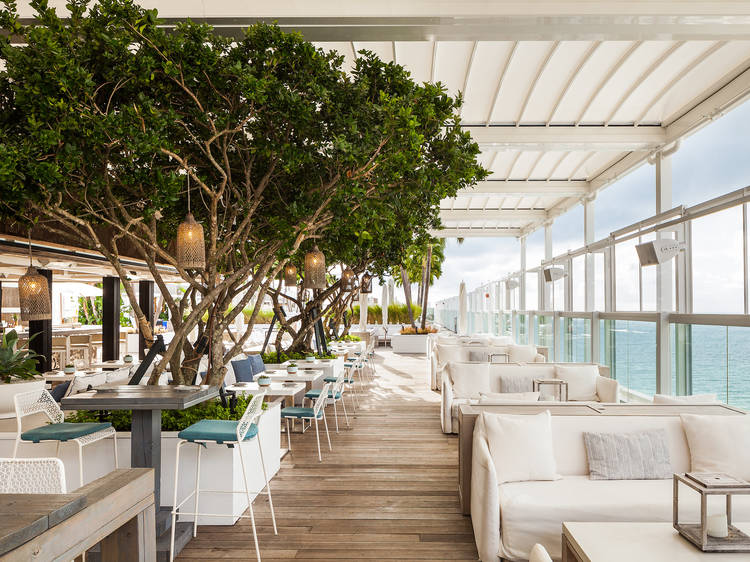 Take your watch party to the next level—literally—at WATR, South Beach's tallest rooftop. Catch the game from 18 stories up while a server tends to your group's personal poolside cabana ($5,000 minimum for groups of eight), which includes bottle service and three themed dishes from a select menu. View the full specials and book here. 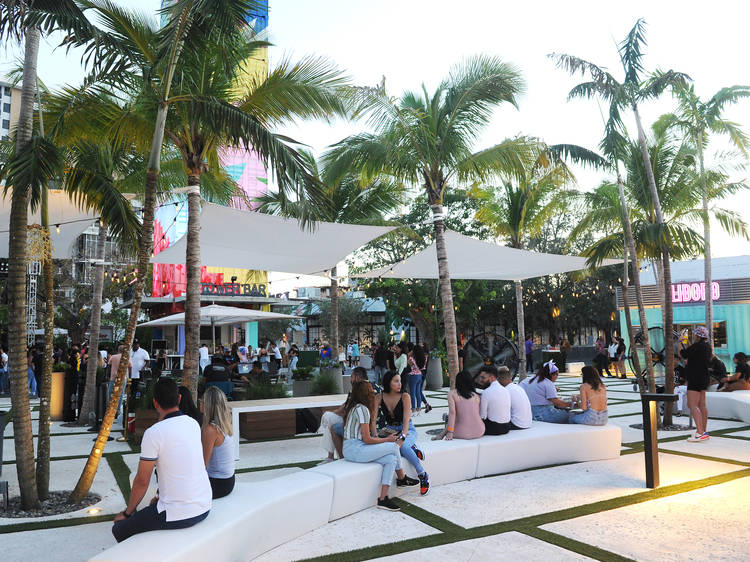 This outdoor food hall and entertainment venue isn't just a place for live music—it's also a great spot to see the game, it turns out. Oasis hosts a free watch party (with RSVP) with a handful of food and drink deals from its vendors, including a 20-piece bucket of wings from Chikin for $35, 10 tacos from Los Buenos for $40, a drip trio with grilled pita from Mr. Mandolin for $25 and much more. Everything from beer to champagne to tequila will be discounted as well. 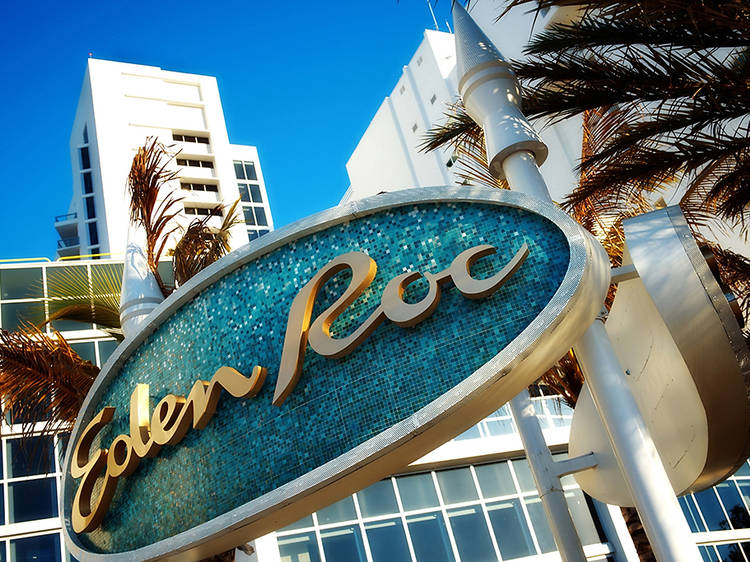 Aquatica at the Mid-Beach property throws an outdoor viewing complete with DJ times, themed cocktails for the competing teams and lawn games. The best part? A $30 bar food buffet at halftime. Fro, nachos and hot dogs to chicken wings and brownies, the gang's all there. 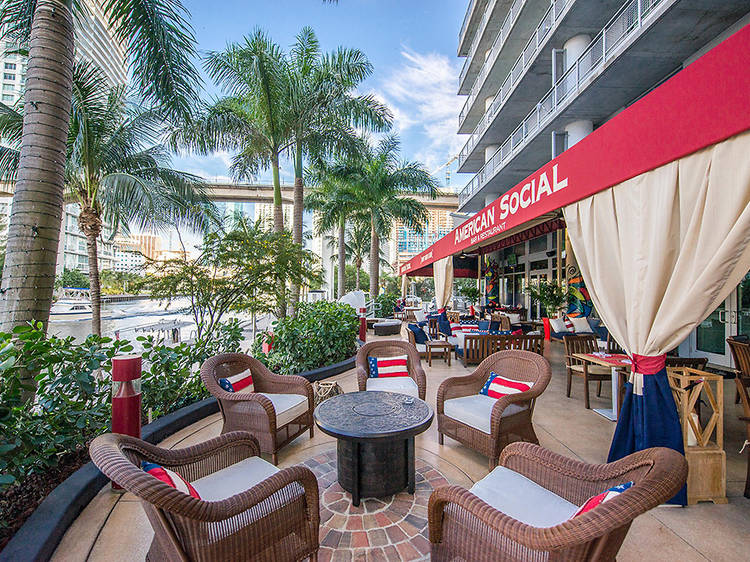 There’s no such thing as a bad view at the Brickell bar: American Social boasts more than 25 television screens and sits along the Miami River. Enjoy specials such as the AmSo burger and discounted buckets of beer while you watch the game—or contemplate the waterfront. 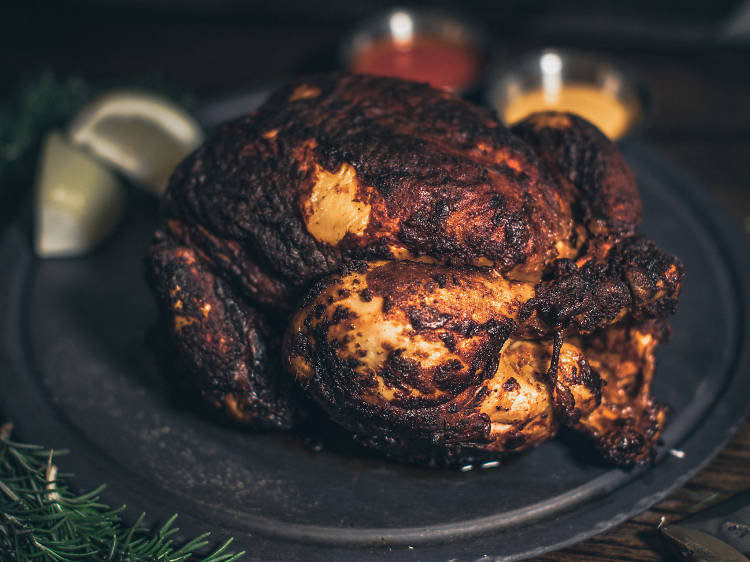 Le Chick's bar bites are a good idea anytime, especially on Super Bowl Sunday, when the Wynwood bar pairs them with beer specials and wing platters. The game plays on a large screen outdoors. 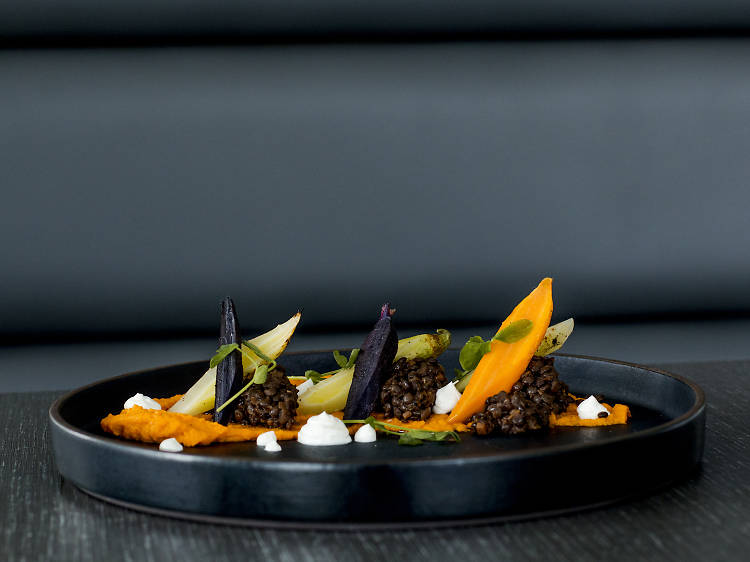 The W Miami's 15th-floor restaurant welcomes guests to dine and watch in style. There will be screens spread throughout indoors and outdoors and a wide array of specials to choose from, including a duck quesadilla ($12), a fancy burger ($16), draft beer ($7) and more. 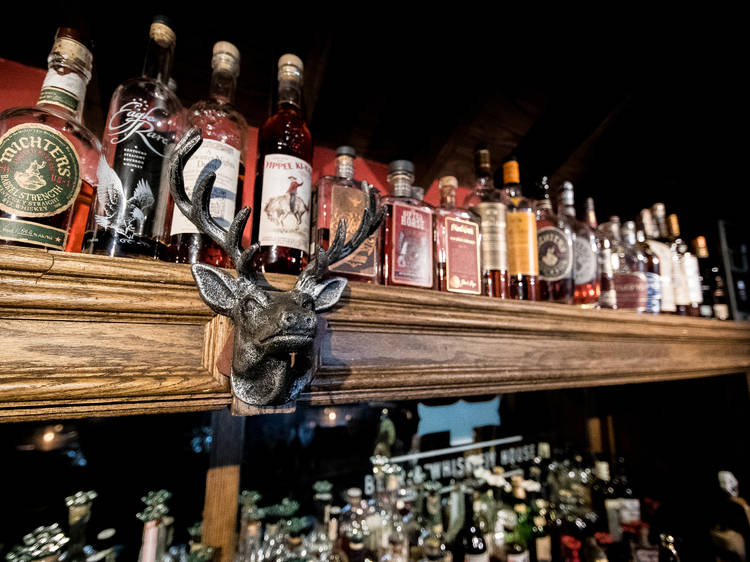 The Taurus (formerly Taurus Beer & Whiskey House) opens its doors for a laid-back watch party. Brunch starts at noon while happy hour gets underway at 5pm and goes through the end of the night, featuring $8 game day cocktails and $30 buckets of Monopolio. If there was ever a time to launch into a full out drinking game, it would be at this watch party with screens both inside and outside. 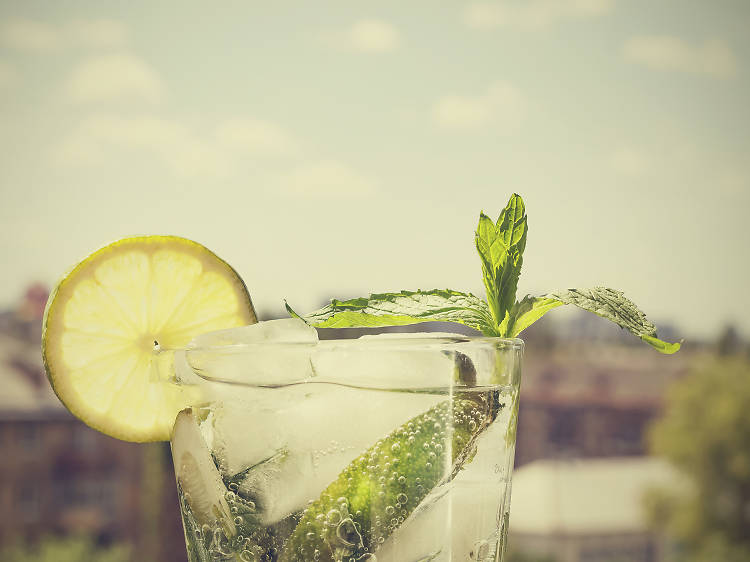 Clear skies, a chill breeze and flowing tropical drinks await at this oceanfront bar this Super Bowl Sunday (and, to be honest, every Sunday). Come as you are (no reservations) and pull up a seat to watch outdoors, Miami-style. 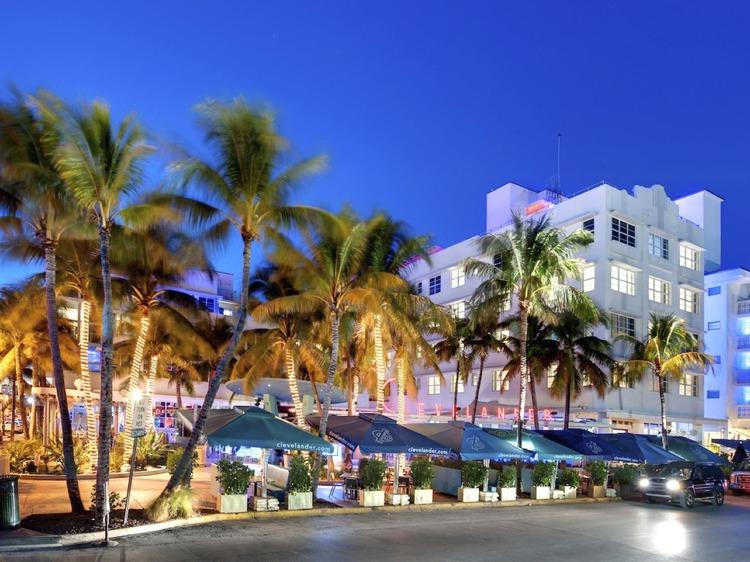 It doesn’t get more South Beach than this rowdy poolside bar on Ocean Drive. You’ll need tickets to attend the watch party, but a 20-foot LED screen and pool access might be worth it. 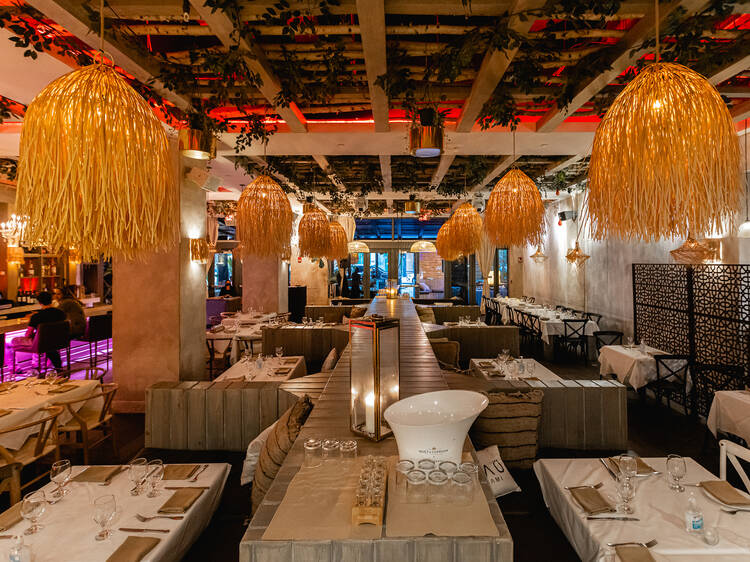 The coastal-inspired supper club hosts a lively watch party on its expansive outdoor terrace. Reserve a table to catch the game on a large projector while you sip craft cocktails and dig into tasty Mediterranean dishes. 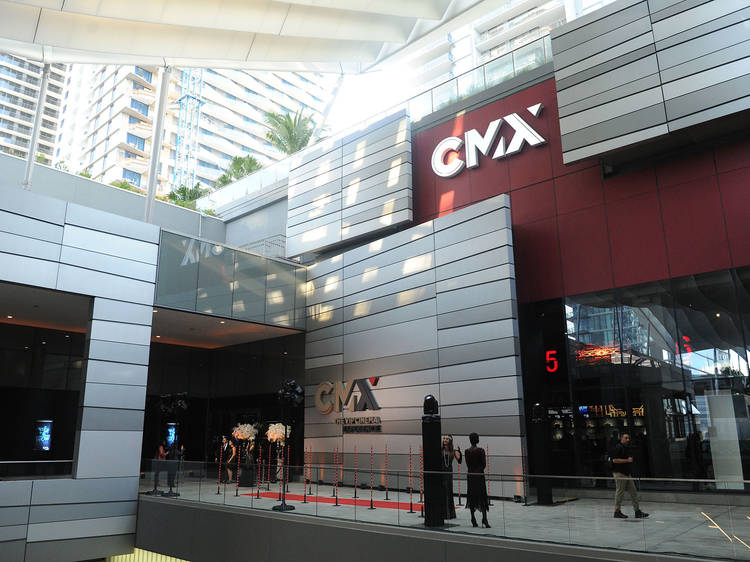 Watch on one of the largest indoor screens in South Florida while chowing down: CMX Stone Sports Bar serves up buffalo fried chicken, mojo pork, a cheesesteak, two types of burgers and $15 buckets of beer all day long. 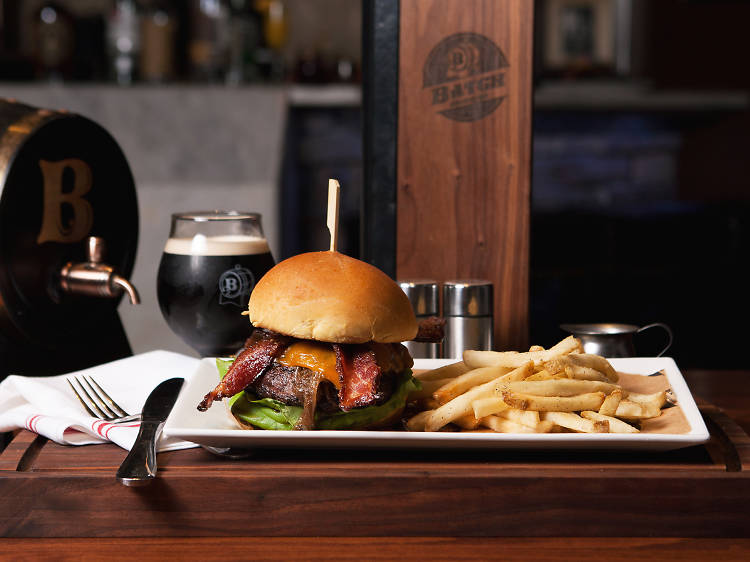 Brickell's most popular sports bar makes watching the big game a pleasure with 15 TVs and three projectors to ensure everyone has a great view of the action. Gameday deals include $5 pints of Bud Light and $5 Barn Burner shots.