‘The Shows Must Go On!’: Watch hit musicals streaming free on YouTube

The shows must go on…and on. After launching in April with seven Andrew Lloyd Webber productions, and later going on hiatus for two months, the YouTube channel The Shows Must Go On! has now resumed sharing musical productions every week.

Each show goes live on the channel on Friday at 7pm BST (2pm EDT, 4am AEST) and usually remains viewable for 48 hours afterward. In addition to full-length videos, the channel features clips and behind-the-scenes footage. Links to charitable organisations are provided and donations are encouraged.

The YouTube channel, set up by Universal, streamed Andrew Lloyd Webber hits including ‘Cats’ and ‘The Phantom of the Opera’ throughout April and May. After that, The Shows Must Go On! turned its attention to live musical-theater productions that were aired in the US by NBC in the 2010s. The latest batch of offerings focuses on successful UK musicals and theatrical concerts.

Here is what’s up through October 23:

Friday October 9: 'The Phantom of the Opera'
This is Andrew Lloyd Webber's greatest hit of them all: a timeless tale of candlelit romance between a pretty young singer and the mask-wearing serial killer who has been stalking her from his subterranean lair beneath a 19th-century Parisian opera house. The libretto, adapted from Gaston Leroux's novel, is by Charles Hart, Richard Stilgoe and Lloyd Webber. If you're like about 130 million other people on the planet, there's a good chance you have seen 'Phantom' already—it is by far the longest-running show in Broadway history, and has grossed more than $6 billion worldwide—but this performance differs from Harold Prince's classic original staging. 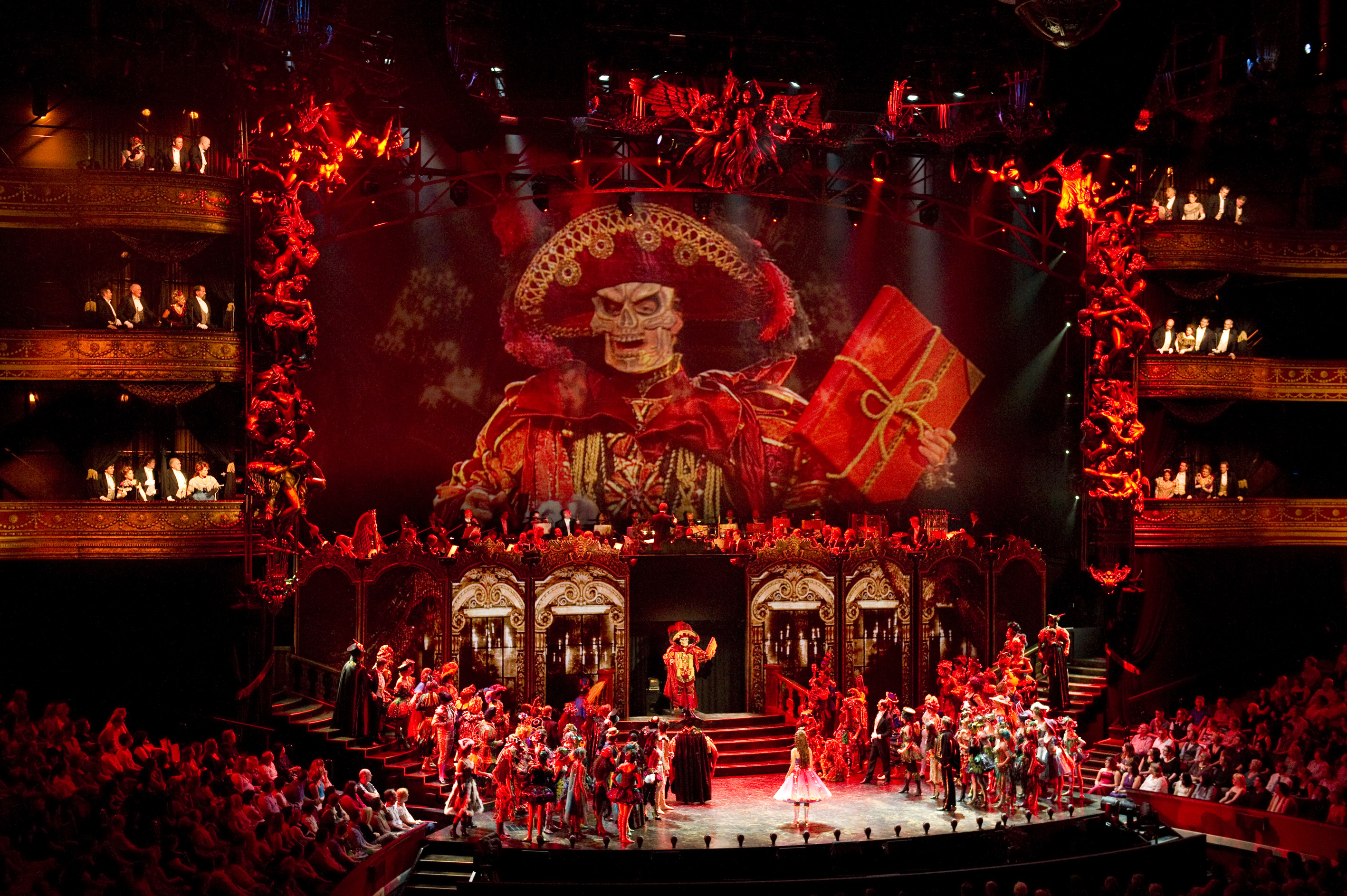 'The Phantom of the Opera' | Photograph: Courtesy the Really Useful Group

Friday October 16: 'Alfie Boe Live – The Bring Him Home Tour'
The English singer-actor Alfie Boe is best known for playing Jean Valjean in 'Les Misérables', a role he has performed in the West End, on Broadway and in the 2010 25th-anniversary concert that was filmed for cinematic release (and can now be seen on BroadwayHD). In this 2012 concert performance, filmed at London's Royal Albert Hall, he lends his tenor to songs from 'Les Miz', 'West Side Story', 'Moulin Rouge' and 'Chitty Chitty Bang Bang', as well as pop tunes and a medley of James Bond theme songs. Special special guests include the comedian and new 'Great British Bake Off' host Matt Lucas, the pop star Melanie C (née Sporty Spice) and the singer and songsmith Tom Fletcher. 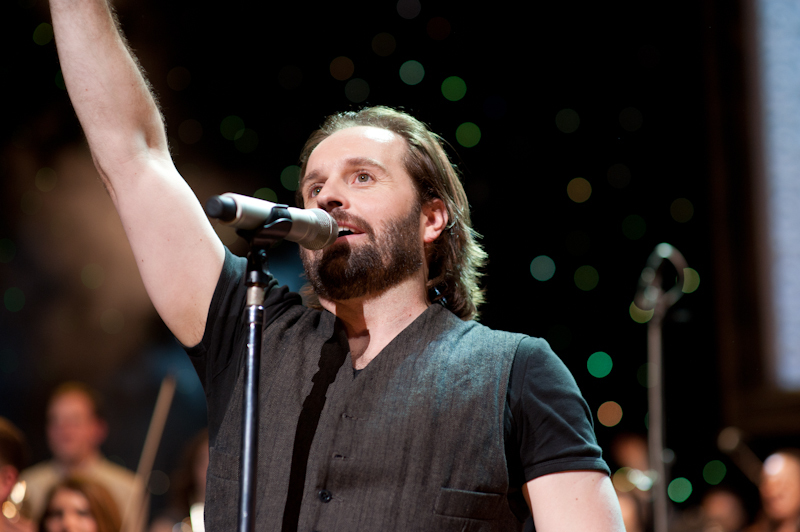 Friday October 23: 'The War of The Worlds: Alive on Stage!’
Jingle writer Jeff Wayne's 1978 debut album, a full-length musical adaptation of H.G. Wells's space-invaders novella 'The War of The Worlds', was a smash hit in the U.K., where is remains one of the 50 best-selling albums of all time. A 2006 stage version spawned a series of touring productions around the world. This video employs more than 20 cameras to capture a performance of the show's 2012 iteration, 'The Next Generation', at London's giant O2 Arena. A hologram of Liam Neeson plays the spoken-word role of the Journalist (performed on the album by Richard Burton); also in the cast are Jason Donovan, Ricky Wilson, Marti Pellow, Will Stapleton and Kerry Ellis. The real star, however, is a 35-foot flying saucer that blasts heat rays over the audience. 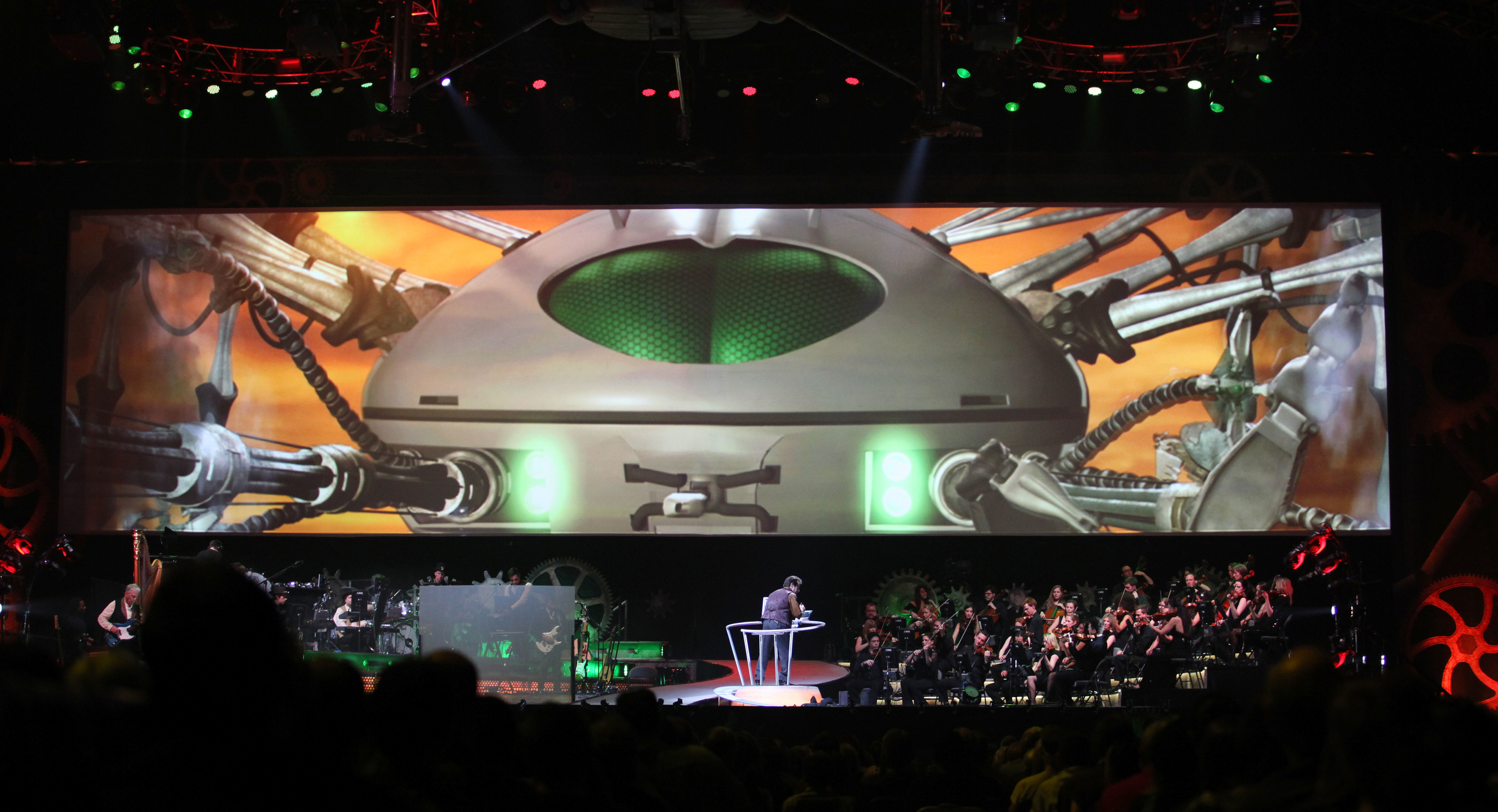 The War of The Worlds: Alive on Stage! | Photograph: Gareth Davies

Previously on The Shows Must Go On!: