Autumn is nearly here, which means rich pickings for museumgoers as the Met, MoMA, Brooklyn Museum, and other institutions and galleries around the city gear up for the best fall art shows. There is lots to see, as usual, but to help you make sense of it all, here are our picks of the top ten must-see museum exhibits.

RECOMMENDED: See all things to do in New York this fall 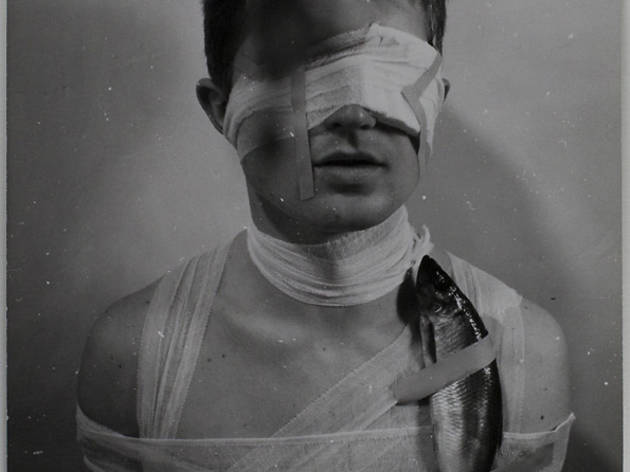 Hauser & Wirth's pocket survey of paintings and collages by the Vienna Actionists (Günter Brus, Otto Muehl, Hermann Nitsch and Rudolf Schwarzkogler) offers a rare opportunity to revisit the intense if sometimes bizarre accomplishments of these Austrian artists who emerged in the 1960s. Like their contemporaries in Germany, they were born during the Third Reich, and their work could be seen, in part, as reaction to the horrors of Nazism. But whereas Richter and Polke borrowed from American Pop Art, the Actionists developed a visceral expressionism, rooted in performance art. Nominally a rejection of American AbEx and its European analog, Art Informel, Actionism often involved or referred to depredations to the body, both literally and figuratively. A sense of alienated rage percolated throughout, and allusions to blood and fecal matter were common. Distinguished by its embrace of abjection, Actionism left a strange legacy that lives on in contemporary art. 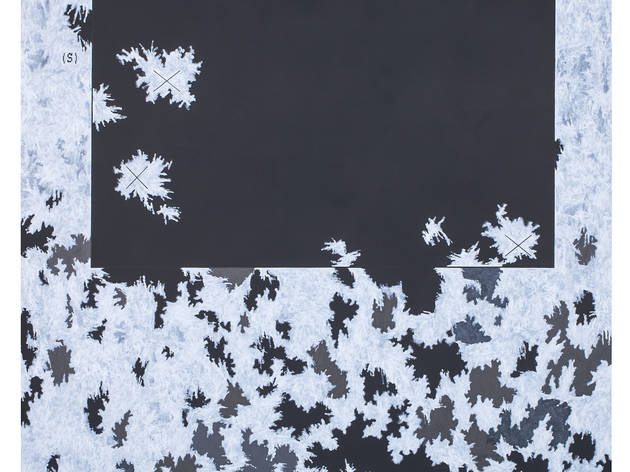 For the past several years, Holzer has been creating a series of paintings sourced from redacted government documents obtained through the Freedom of Information Act. She bases her latest show on accounts related to the use of "enhanced interrogation" (i.e. torture) by the U.S military and CIA on detainees captured during the War on Terror. Heavily censored, the files feature large areas of blacked-out texts, and by playing upon their resemblance to abstract shapes, Holzer draws a line connecting art history to the deep state. 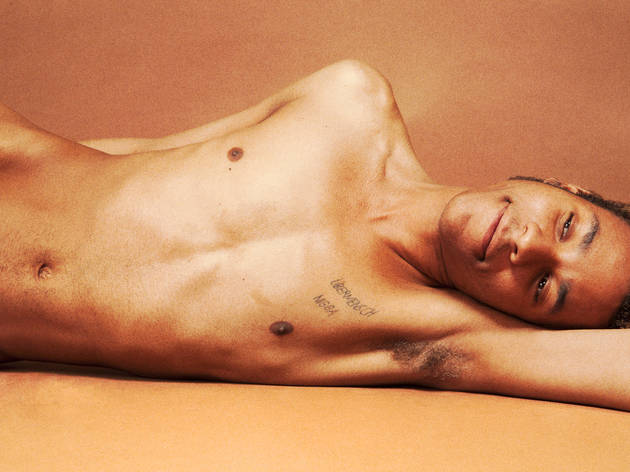 The photographer's passion for fleeting youth is on full display in this installation. Depicting 200 models, all young and in the nude, the piece consists of 500 studio portraits printed on vinyl sheets, which are stuck to every square inch of the gallery's walls and ceiling. It's a celebration of the innocent and anodyne but also, as the title suggests, an acknowledgment of the transition to the ravages of adulthood. 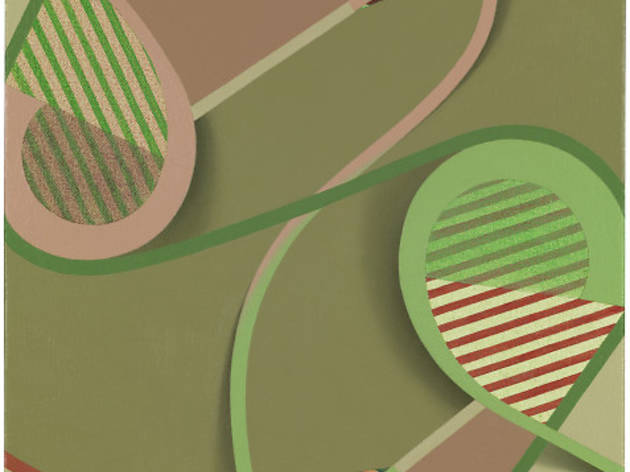 For her first solo exhibition at the gallery in six years, the Turner Prize winner presents new works showcasing her signature take on abstraction: Small, portrait formatted canvases, featuring fluid geometries or patterns that are sometimes enhanced by illusionistic elements (like shadows), making them appear to float in space. 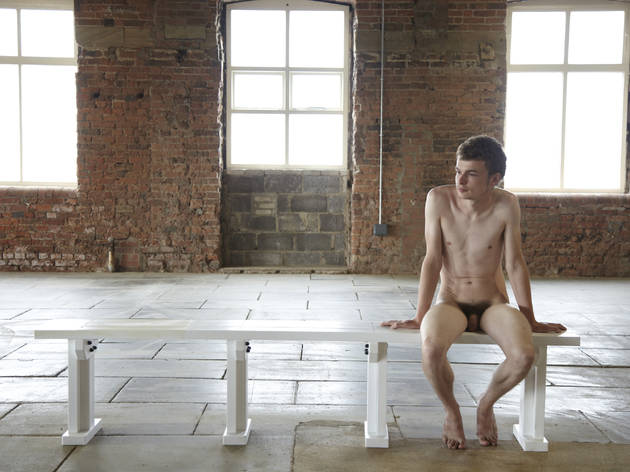 Hiorns was short-listed for the 2009 Turner Prize, and his ambition of scale is certainly consistent with the type of artist usually associated with that prestigious award. His installations and sculptures aim for nothing less than distilling the alienating effects of our globalist world. It's a tall order, but no one could accuse Hiorns of not giving it his best shot. Engines from cars and airliners, nude models posing with them, and objects and entire rooms covered with deep-blue crystals of copper sulfate have all been part of his M.O. This show represents his American debut. 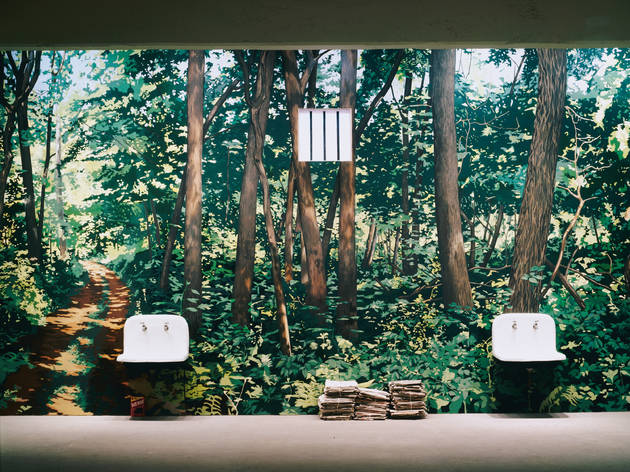 This is the first U.S. survey ever of the work of Robert Gober, whose sculptures and installations imbue simple, everyday objects (sinks, doors, newspapers, sticks of butter, storm drains) and figurative fragments with an outsized sense of longing and nostalgia. Emerging in the mid-1980s alongside other artists— such as Jeff Koons—who were furthering Duchamp's Readymade strategy, Gober's efforts were notable for the unabashed manner in which they reintroduced sentiment and poetical feeling into late-20th century aesthetics. 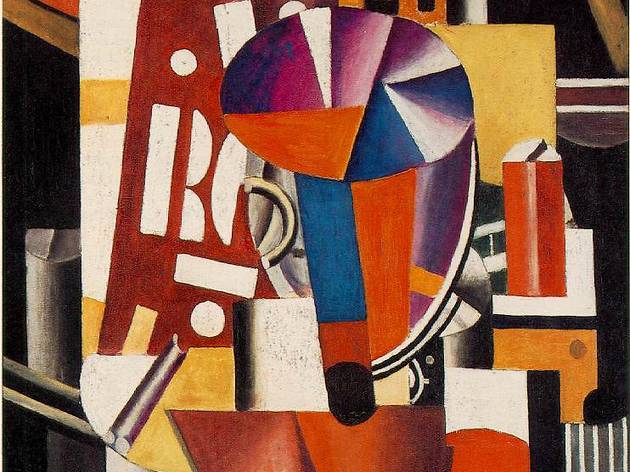 hese 80 paintings, collages, drawings, and sculpture from the Leonard A. Lauder Collection—all promised gifts to the Met—represents the first time they have been shown in public, offering opportunity to revisit the seminal early-20th Century movement through the taste of one patron. The contributing artists comprise a mighty quartet of Braque, Gris, Léger and Picasso. 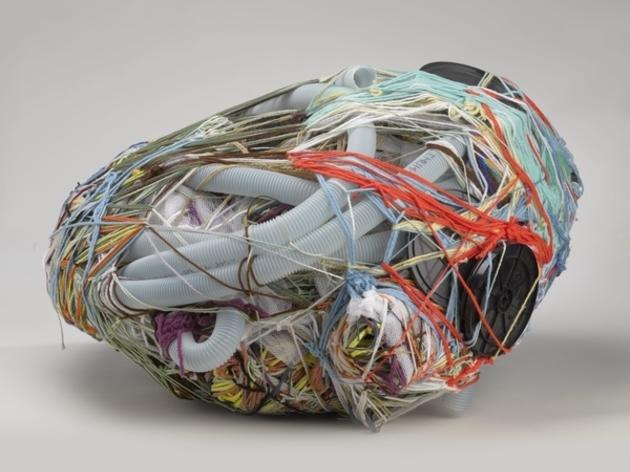 What is it finally that defines art, that elusive term which lifts the mere fact of creation to an act of genius? That's been the challenge posed by self-taught artists. The work of Judith Scott (1943-2005)—a deaf and functionally mute person with Down Syndrome, who spent most of her life in institutions for the disabled—offers a fascinating example. Unlike the work of many outsiders, her sculptures aren't visionary: They're process pieces involving a highly disciplined yet improvisational approach of wrapping yarn and other fibers around found objects. The resulting mummylike forms rival anything produced by contemporary sculptors. This museum retrospective, her first, doesn't just present an opportunity to consider her astounding accomplishments: It further blurs the boundary between artistic insider and outsider. 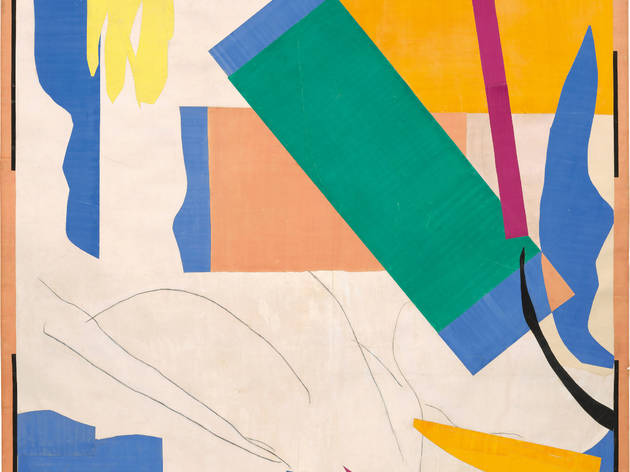 It was rather late in life that Henri Matisse (1869–1954) began to create one of his most extraordinary bodies of work. Starting in the 1940s, he cut out shapes in colored paper, arranging them into compositions that sometimes seemed to push into pure abstraction. Even when they didn't, the forms he employed—nude figures, floral motifs—appeared to float in space, and it is this sense of buoyancy that makes these paintings among the most compelling in his oeuvre. MoMA's survey is the first to focus on this aspect of his career since 1961, and if anything, the works have only gained in power in the intervening years. 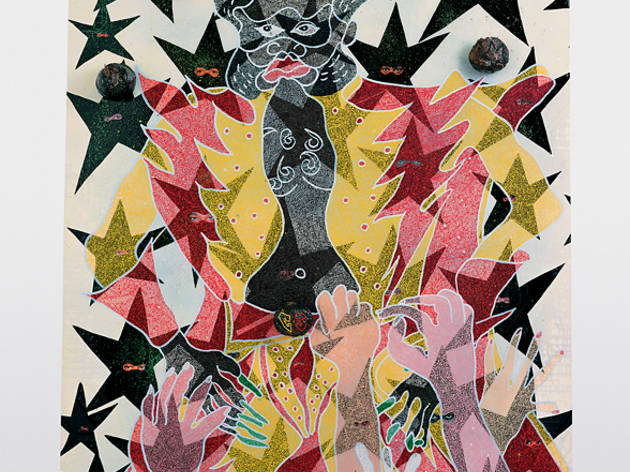 Chris Ofili is still remembered for the Brooklyn Museum's 1999 “Sensation” exhibition and the painting he included: a portrait of the Madonna, adorned with a ball of elephant dung. The piece ignited a shit storm of controversy and received ringing condemnation from former New York Mayor Rudy Giuliani, who threatened to defund the museum. Of course, Ofili has done so much more than that single painting, as this New Museum retrospective, the artist's first in the U.S., amply demonstrates. On view is the full gamut of the Afro-British artist's career, including paintings, drawings and sculpture, all of them revealing a lush aesthetic that draws on Ofili's African roots and his fascination with pop culture.