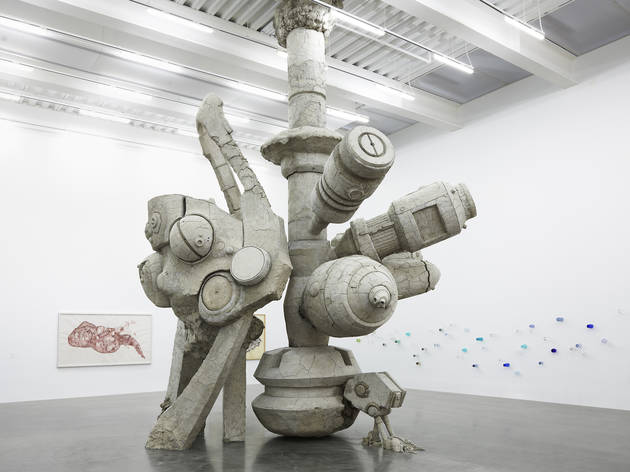 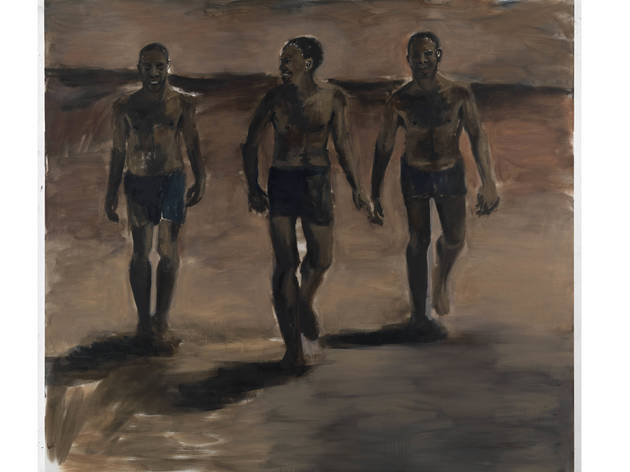 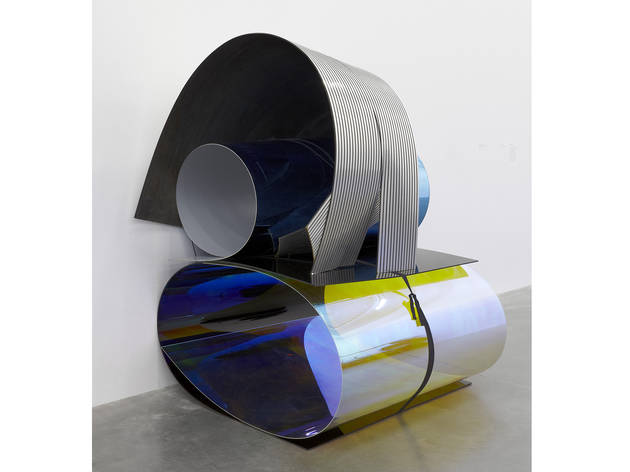 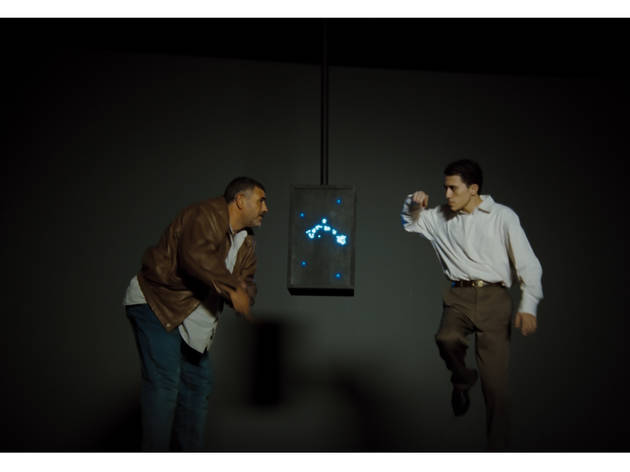 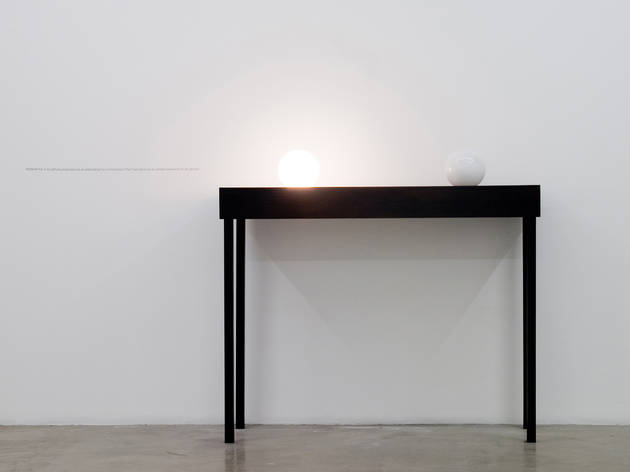 5/12
Iman Issa, Material for a sculpture proposed as an alternative to a monument that has become an embarrassment to its people 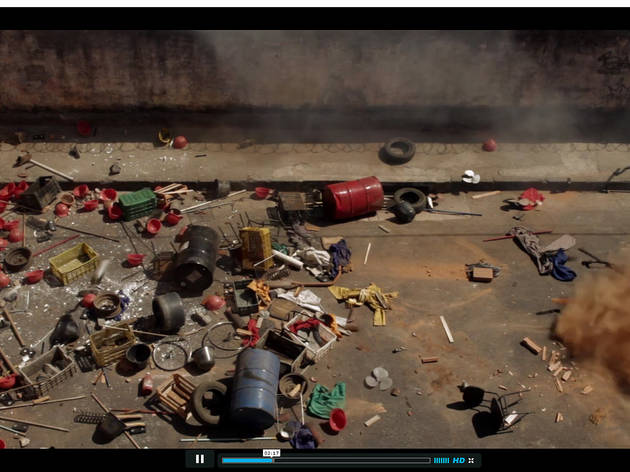 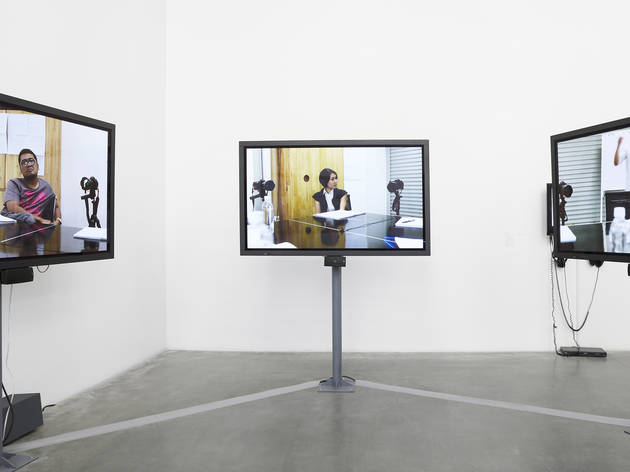 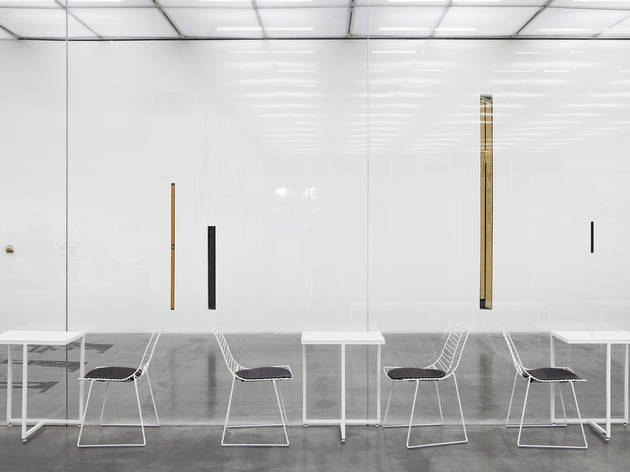 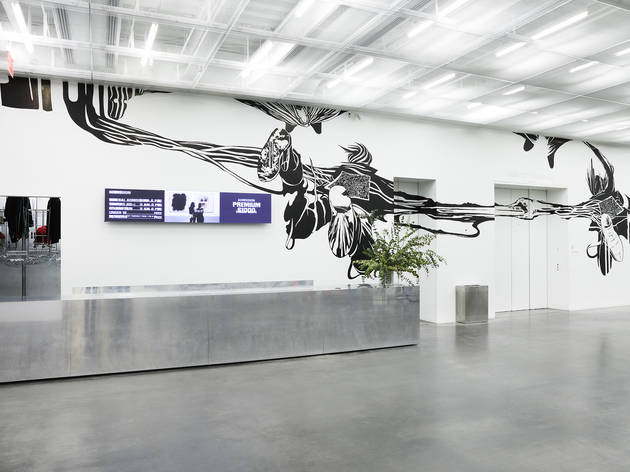 9/12
Photograph: Benoit Pailley; courtesy of the artistRita Ponce de Len, Ser el aire el que nos sostenga (It is the air that will sustain us) 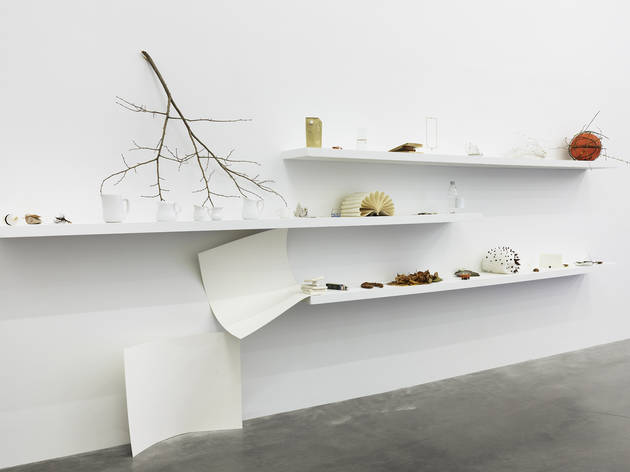 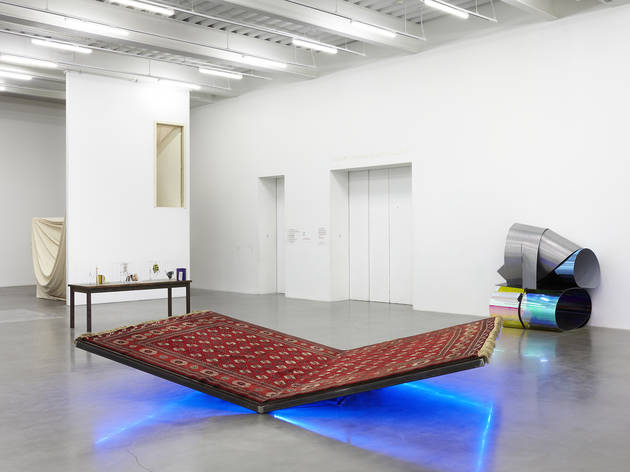 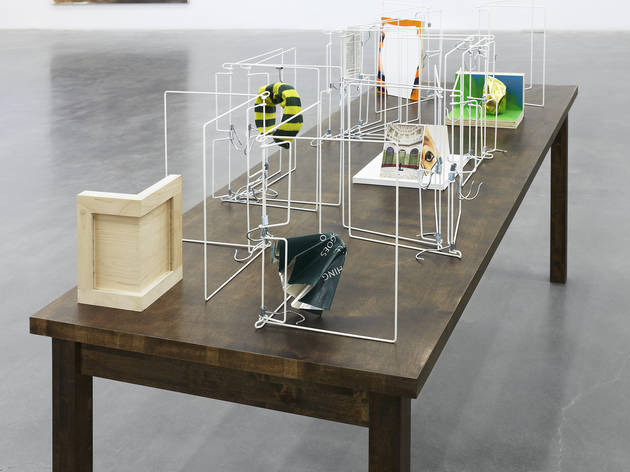 12/12
Dave McKenzie, The Past Into the Future Infinitely
Advertising

In 2009, when the New Museum announced its intention to add to the ever-growing list of contemporary-art cattle calls with its own triennial survey, it decided to distinguish each exhibition by giving it a catchy name. The inaugural edition was dubbed "Younger than Jesus," and if nothing else, it delivered on its promise by serving up a slate of twentysomething artists, thus reinforcing the dubious assumption that this demographic represents the sweet spot of today's important art.

Out of the box, however, a title like "The Ungovernables" reads like false advertising: There's nothing unruly or envelope-pushing about any of the works here, which have been created by a global cast of young high-cultural content providers. The pieces tamely follow the various art-making formulas that have been masticated and remasticated for decades now. Installation? Check. Video? Double check. Use of found objects/materials/photos/ephemera? Triple check. A priori Conceptual conceits, usually involving some kind of analysis/deconstruction of political/cultural/institutional systems? Quadruple check.

However, if you figure that artists themselves have become commodities, and that contemporary art expresses little more than the inexorable, unimpeded flow of money across international boundaries, well then, a term like ungovernable totally fits.

Most of the participants are aware of this situation; some even try to comment on it, though not particularly well. Even so, they are aided by curator Eugenie Joo's installation, which, for the most part, avoids the common temptation to pack the space to the rafters. The labels explaining the works are accessibly written, though I prefer art that needs no exposition. In fact, if there's one overriding criticism to be made about "The Ungovernables," it's that too many pieces are unable to visually sustain the stratagems used to make them.

Thai artist Pratchaya Phinthong created his horde of Zimbabwean dollars, stacked Carl Andre--style on the floor, by shelling out 5,000 euros—far more than the total worth of bills on display—to have residents from that basket-case nation send him the cash. The piece supposedly materializes out of some unseen web of transactions that mirrors the financial manipulations of global capitalism, but it's little more than a tired gesture of limousine liberalism. The sculptures by Egyptian artist Iman Issa are likewise indebted to Minimalism and freighted with a meaning that doesn't quite click when looking at them. Titles in large letters applied to the Sheetrock announce that they are models for ironic monuments, but the joke gets lost in the decorousness of Issa's approach. A text reading "material for a sculpture representing a bygone era of luxury and decadence," for instance, is positioned next to something that looks like a bent gold cufflink.

In general, the pieces fare better the further they stray from the curator's text. A multiple-flatscreen installation by Vietnam's the Propeller Group focuses on an advertising agency tasked with "rebranding" communism. The irony isn't as sharp as the artists imagine, but in any case, the hilarious commercial that results from the marketers' brainstorming saves the piece. And you don't need to know that labor unrest was the inspiration for a video by Brazil's Cinthia Marcelle and Tiago Mata Machado to be transfixed by its storm of oil drums, hard hats and milk crates hurtling across the screen.

More compellingly, there are works that stand completely on their own, and unsurprisingly, they are the strongest contributions to the show. A scattered array of drinking glasses glued rim-first to the wall, by Argentine artist Amalia Pica, provides a luminous spectrum of everyday items organized by color, while dark figurative canvases by Afro-British painter Lynette Yiadom Boakye (portraits mostly, but also one of a hunter crouching in the tall grass) stake out a brooding presence.

Undoubtedly, art-world machers will pronounce the sculptural behemoth by Adrin Villar Rojas Best in Show, and it is indeed impressive. Argentina's representative in the last Venice Biennale, Rojas conjures a futuristic vision in cracked clay: a Death Star/space station/Soyuz docking-ring whatsit, rising floor to ceiling like the Iron Giant holding up the NewMu's roof. Though dystopian, it is also oddly optimistic, imagining a future in space, however controlled by corporations it may be.

For my money, however, two other works that also hint at the celestial steal the proceedings. The first is a video by Egyptian artist Hassan Khan, set to the propulsive strains of traditional Cairo street music. It opens on a scene of tiny beacons blazing against a black background, like stars in a distant galaxy. As the rhythm builds, the image resolves into a lantern fish swimming furiously across the screen, and you suddenly realize that you are in the deep ocean, that the lights represent others of its kind. Just as abruptly, however, the fish is digitized into a sort of Lite-Brite decorative flourish on the cover of a large speaker in a disco. The camera pulls back to reveal two men, one younger than the other, gyrating in a dance-off. The camera keeps moving farther and farther away until the video concludes.

The other piece is a stairwell installation by one of the few Americans in the show, Abigail DeVille. Featuring cast-off furnishings and walls striped in black, it looks like a closet in an abandoned building experiencing zero gravity, with chairs hung upside down. Just outside this space, a hole cut into an adjacent wall contains a battered copy of The Stargazer's Handbook. It's easy to avoid entering the piece, but if you do and look up, you can see that DeVille's room is actually the bottom of a darkened shaft, rising 35 feet into the guts of the New Museum. Other objects can be seen in the distance, appearing to float upward to some unnameable event horizon.

What these works have in common—and what distinguishes them from the pack—is that both are ineffable reflections of their respective societies: Egypt finally trying to free itself from the crushing pressure of thousands of years of history; dead-end America left for roadkill by decades of division and cupidity. And both evince the indomitable human spirit as an agent of cultural change. This, rather than some dry, overdetermined scheme, is the real first principle for creating art, one I wish "The Ungovernables" had been governed by.