If looking at photographs is your thing, you’re in luck: There are a lot of photo exhibitions up right now, filling venues that range from major museums (MoMA, the New Museum and the Brooklyn Museum) to small Lower East Side galleries (JTT). But regardless of their size, each of these exhibits make a big impact, presenting photos in all genres, from photojournalism to Conceptual Art. Whether they feature images in black-and-white or color, these shows offer a cool diversion from the late summer heat. 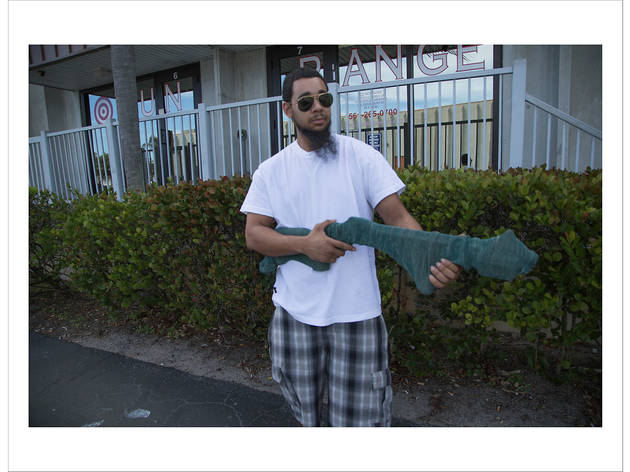 At first glance, Graubard’s work could be mistaken for photojournalism, understandably so, given that she’s worked as a freelance photographer who, among other things has occasionally captures newsmakers. But in truth, she’s more interesting in using real people to create narratives that remain stubbornly unresolved. Over her 30 year career, she’s been especially drawn to subcultural subjects that have included surfers, East Village punks from the 1980s and Mafiosi.

This year’s annual open-call exhibition features a sci-fi theme, with a title taken from a British TV series that channels Twilight Zone spookiness through the dangers posed by the digital-age technology. The photos here aren’t specifically futuristic: Instead, they emanate a subtle dystopian vibe, finding hints of a scary future in images in which the everyday is disturbed by a faint sense of unease. 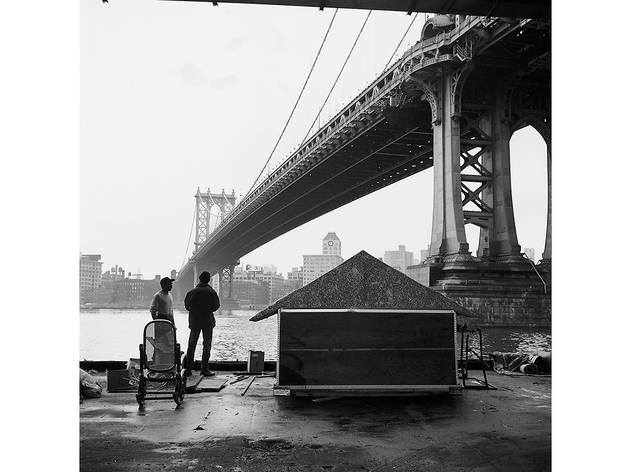 Much as Jacob Riis did more than a century ago, Margaret Morton has spent the past 30 years documenting New York’s homeless, especially the ways they’ve created housing for themselves, setting up encampments or taking up space in abandoned buildings and railway tunnels. Those works are presented here in this pocket survey of Morton's career. 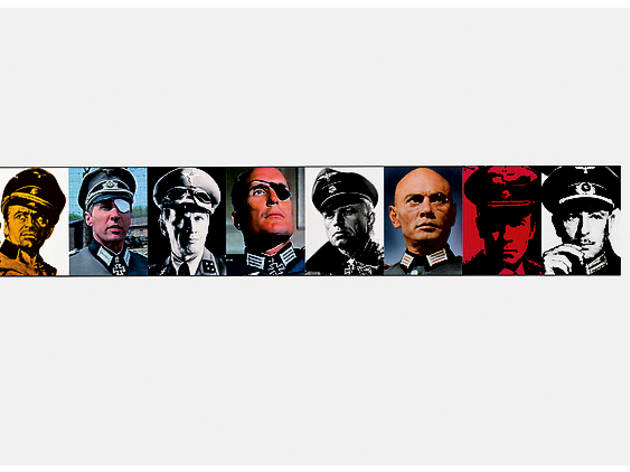 This Polish artist who calls New York home is part of a wave of bad-boy provocateurs that has emerged over the past 15 years. What they’ve shared is a cheekily ironic disposition towards art history and pop culture, and certainly Uklański has been no slouch in his respect. What sets him apart is his background, made apparent in his frequent references to Polish history and art. Though he works in multiple mediums, photography plays an important role in his work; one of the pieces that put him on the map was a series of photo-appropriations of various film actors in the role of Nazi architect. They’re here, along with other photos, including a black-and-white homage to Salvador Dalí in the form of an image of a group of naked figures, male and female huddling together to form a skull. The artist himself occupies the center in a christ-like pose. 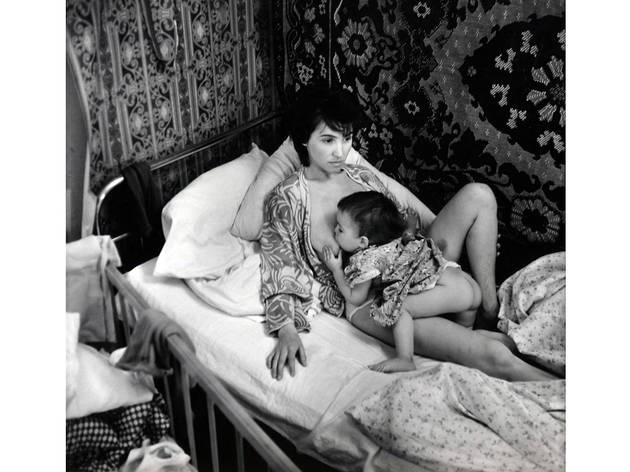 Born in 1946 in the Altai region of Central Asia (then as now, part of Russia), Bakharev was a factory worker until he taught himself photography. In recent years he’s gained international renown for his work, which combines elements of portraiture and documentary His subjects are ordinary Russians, often naked female models in sexual poses, though a sense of sublimated eroticism permeates other images, such as the ones in this show, featuring images of people from his hometown, pictured in bathing suits while out for a swim. Posed in pairs or groups (including whole families) they project intimacy and vulnerability in equal measure. 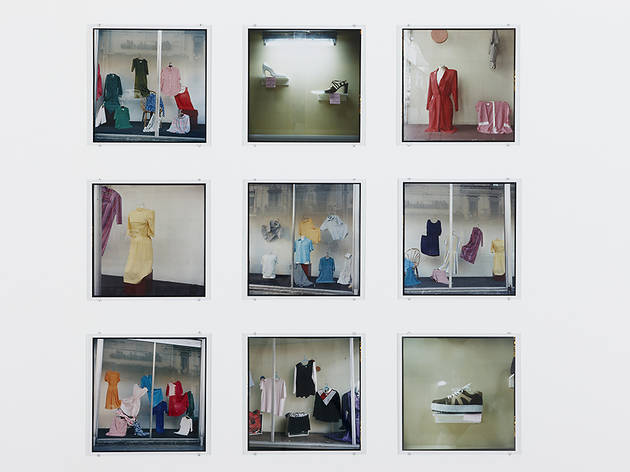 This ambitious project made up of both color and black-and-white photos was created over a ten year period, and takes its cues from Eugène Atget’s iconic documentation of ancient Parisian neighborhoods disappearing under the onslaught of modernization. In similar fashion, Leonard used a vintage Rolleiflex camera to capture vanishing mom-and-pop enterprises. Starting out in her East Village neighborhood, Leonard expanded her search to include storefronts in Eastern Europe, Africa, Cuba and Mexico, with an eye towards the colorful hand-made signage distinguishing each place. A subset of shots picture businesses selling Kodak film, with the brand’s distinctive yellow-and-red logo emblazoned on awnings, door frames and window displays. These last images nod to Leonard’s title and its reference to a film medium that is itself becoming obsolete thanks to digital photography. 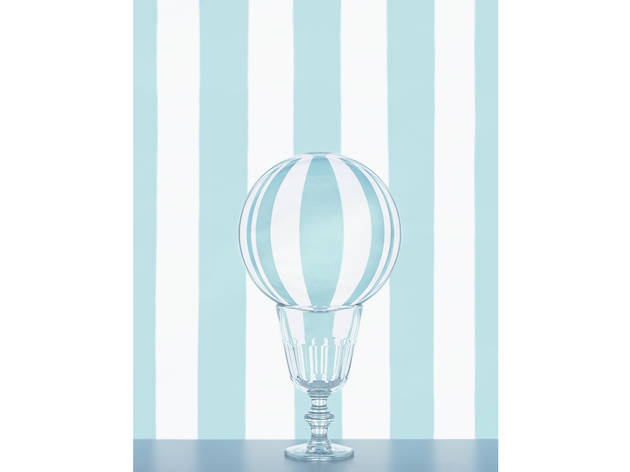 Charlesworth (1947–2013) was a photographer and pioneer of the so-called “Pictures” aesthetic: the term commonly used to describe a reengagement with imagery that many artists undertook in the late 1970s and early 1980s as a reaction to the visual restrictions of Conceptualism. Like many of her peers, Charlesworth used newspapers, magazines and other sources as her palette, isolating image fragments against lush monochromatic backgrounds to deconstruct how we are manipulated by mass media. Such analysis seems quaint in the age of Facebook, Twitter and Instagram, when people happily manipulate themselves with technologies that Charlesworth and her cohort couldn't have imagined 35 years ago. Still, Charlesworth’s photos retain their impact, not the least because she used the power of seduction to critique the way images seduce us. This survey takes in the whole of her career with a look back at her uniquely compelling art. 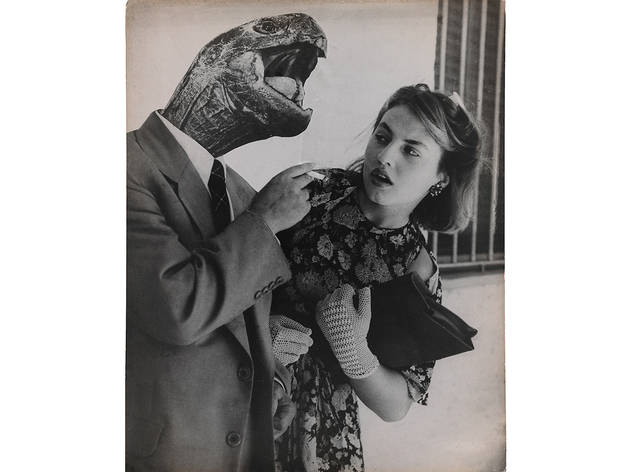 The show examines the parallel careers of two cutting edge photographers—one German, the other Argentinian—who met at the Bauhaus in the 1930s, before fleeing together to Buenos Aires to escape the war. Though they didn’t work collaboratively, their individual approaches—for Stern, portraiture and photomontage; for Coppola, street photography, shared a similar aesthetic which combined Surrealism with the Bauhaus’s form-equals-function ethos. 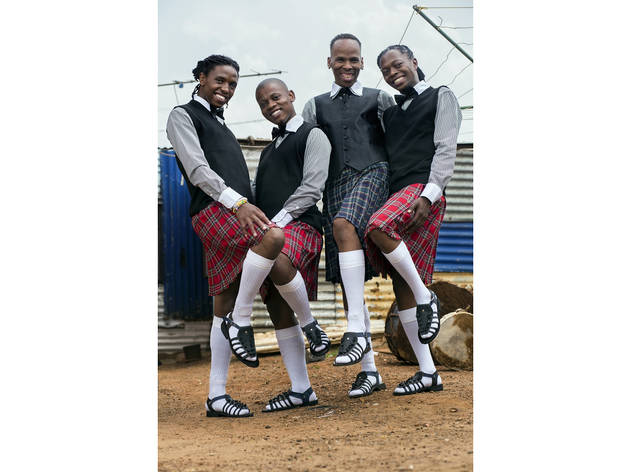 The Elizabeth A. Sackler Center for Feminist Art hosts the largest-ever public exhibition of work by photographer, journalist and activist Zanele Muholi. The exhibition includes 87 portraits of people from South Africa, a country that has legal protections for LGBT people but often doesn't enforce them. 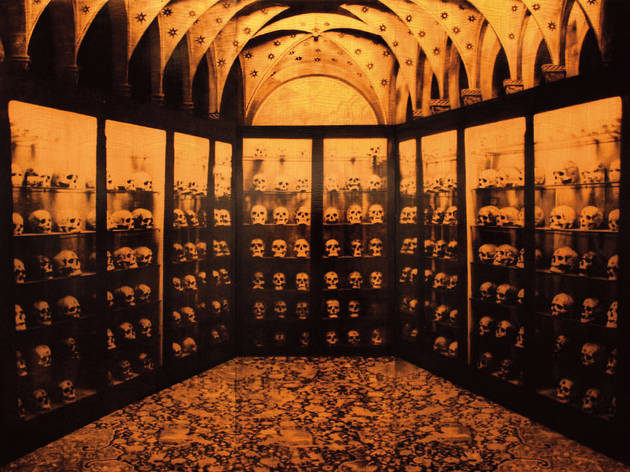 This show rounds up photographic works from just about every big name in contemporary art from the past 20 years. Among the many pieces on view are stills from Matthew Barney’s “Cremaster” films, Andreas Serrano’s portrait of members of the Ku Klux Klan, Gregory Crewdson’s cinematic narratives and Barbara Ess’s haunting pinhole camera pictures.