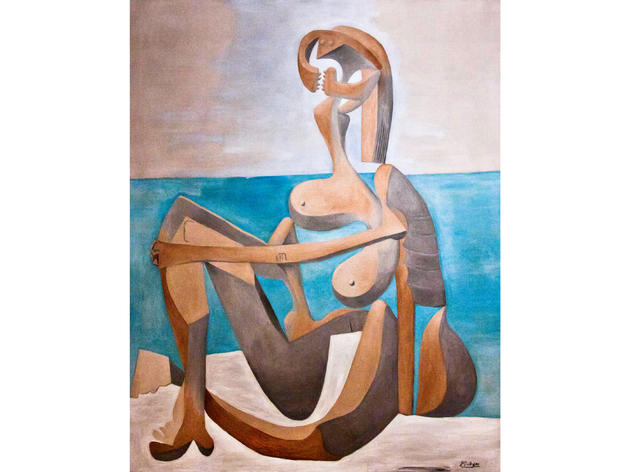 By the end of the 1920s, Picasso, perhaps in an effort to keep up with the times, began to assimilate aspects of Surrealism into his own work—particularly the biomorphic shapes found in the work of Joan Miró, Salvador Dalí and the much younger Yves Tanguy. Another thing Picasso adopted was the air of Freudian menace that suffused much of the Surrealists’ work, especially the sense that newly emancipated women were getting hard to handle. Seated Bather expresses some of this sentiment with its bony vision of a monstrous nude by the seashore, whose head consists of a strange critter, leaning forward with its claws held together to create a vagina dentata.—Howard Halle 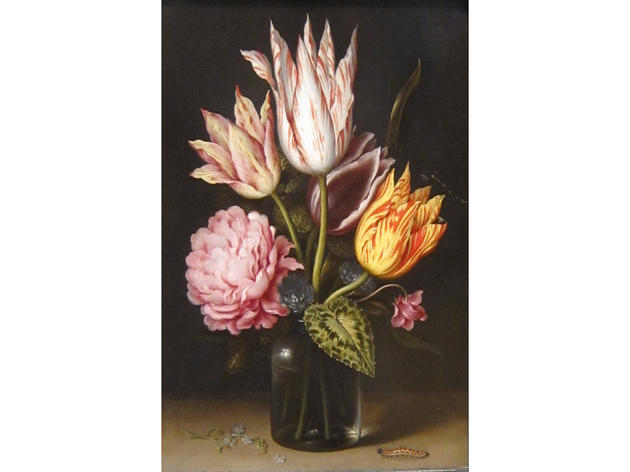 Rare bulbs from different countries and different seasons were used as subjects for Bosschaert’s flower portraits. A subgenre within early-17th-century Dutch still lifes, these fashionable paintings represented a national obsession with cultivated, expensive flora, in which, as it is here, artists would refer to both botanical texts and religious symbology to construct hyper-real arrangements that appealed to an elite audience.—Jennifer Coates 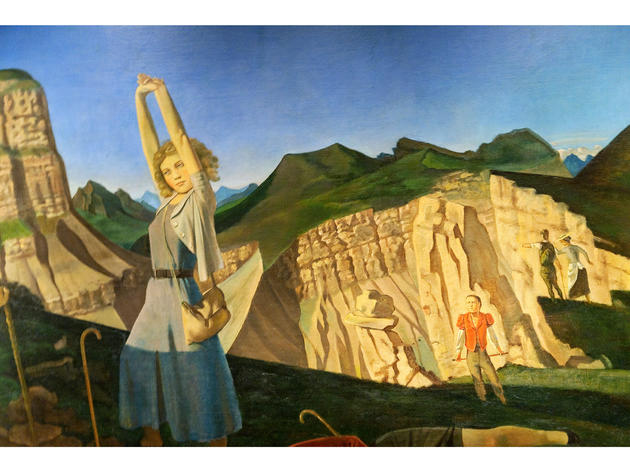 This large canvas—it measures 12 feet across—shows an alpine landscape with figures seemingly unaware of each other, absorbed in their own leisurely activities. The mountain here is not a symbol of Romantic escape but a waiting area before a disaster, as Balthus nods to the foreboding of interwar Europe.—Jennifer Coates 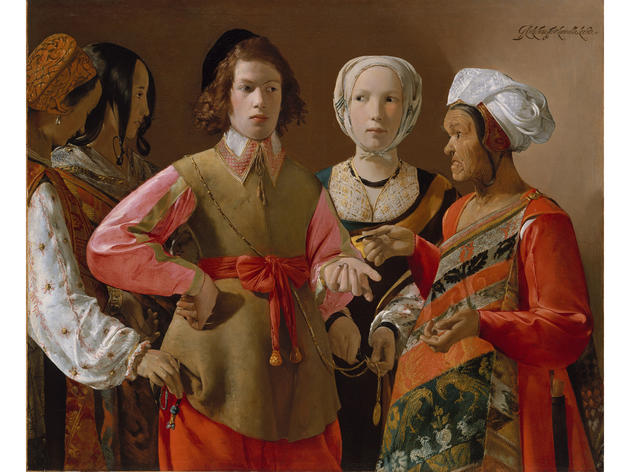 In its style and lowlife subject matter, The Fortune Teller is deeply indebted to the work of Caravaggio, but as one of art history’s great crowd-pleasers, it’s worth including here. A young dandy is having his palm read by the old woman on the right while his pocket is being picked by the comely woman on the left. We can just make out the drawstring of his purse as it’s being teased out of his pantaloons by her skillful fingers. To his immediate right, another young woman uses a knife to cut off a gold locket or medallion at the end of a ridiculously long chain. The second female thief’s expression is particularly priceless: a sidelong glance set in an otherwise stony countenance.—Howard Halle 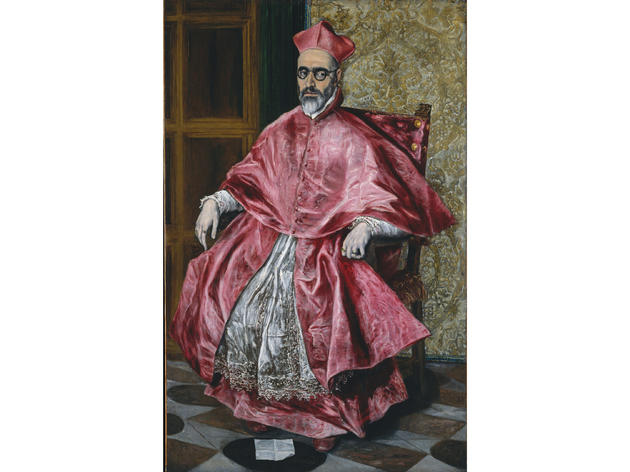 This landmark of European portraiture shows a man encased in finery, with fingers tensely curled, gaze slightly askance and a piece of paper at his feet. The cardinal appears imprisoned in his costume. Possibly the grand inquisitor, he is the subject of deep psychological inquisition himself, as El Greco’s pictorial decisions allow insight into both the sitter and the times.—Jennifer Coates 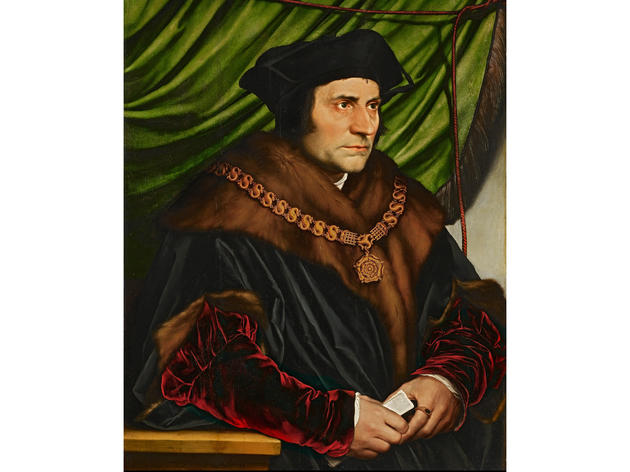 Where can I see it?: The Frick Collection

The Northern Renaissance artist was new to London when he befriended the powerful More. In his portrayal of the scholar and statesman, Holbein captures his subject’s gravitas, while delighting the eye with illusionistic details, like the sumptuous red-velvet of his sleeve.—Heather Corcoran 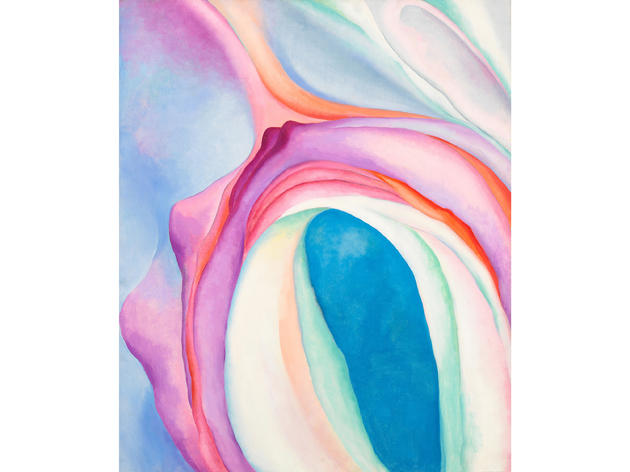 Where can I see it?: Whitney Museum of American Art

In her abstraction O’Keeffe sought to capture the intangible essence of music and nature, each with its ability to evoke emotion and sensation nonverbally. She was none too pleased, however, when critics focused on what they saw (understandably) as sexual connotations in this colorful work.—Heather Corcoran 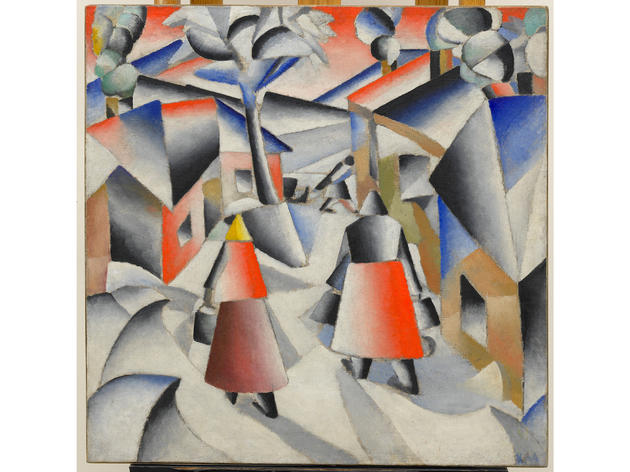 Where can I see it?: Solomon R. Guggenheim Museum

While not as radical as Malevich’s later Suprematist compositions (like Black Square), Morning in the Village is arguably the most beautiful and sublime of the vaunted Russian avant-gardist’s works. In this timeless scene, a country hamlet stirs itself after a blizzard, its streets and rooftops blanketed by a purifying white that erupts in prismatic shards of blue and red touched with accents of yellow, black and gray. At once formal and hallucinogenic, it rivals the work of Bruegel as a panegyric to peasant life.—Howard Halle 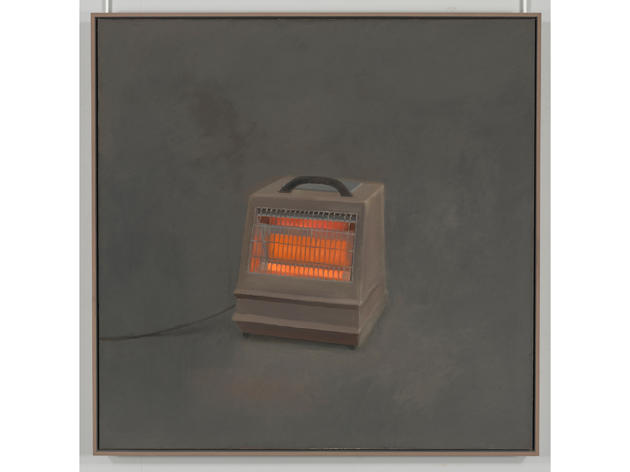 Where can I see it?: Whitney Museum of American Art

Like Gerhard Richter, Vija Celmins developed a deadpan style of Photorealist painting that goes beyond photography and even realism. Her subjects may ostensibly be seascapes, spiderwebs and star-filled skies, but what her work really seems to capture is the act of perception itself, that instant when mind and eye combine to make sense of the world. Heater comes from Celmins’s earliest series of paintings, which featured objects lying around her studio. Its most evident characteristic is the stark contrast between the mesmerizing orange glow of electric coils and the grayish tone of the rest of the painting. It’s almost as if the whole point of the exercise is to note, obviously, that this is what a heater does—it heats.—Howard Halle 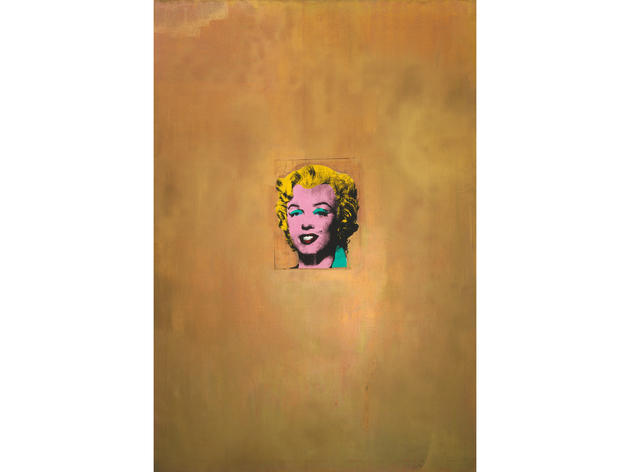 Where can I see it?: Museum of Modern Art

No Warhol demonstrates the artist’s worship of glamour better than this painting, created the year Monroe died in an apparent suicide. It is the altarpiece in Andy’s Pop Art church of celebrity. But by the same token, the work also speaks to Warhol’s background as an observant Catholic; it wouldn’t look all that out of place at St. Peter’s Basilica in Rome or at St. Patrick’s Cathedral on Fifth Avenue, where Warhol regularly attended mass (sans wig). The image is based on a publicity still for the film Niagara, in which Monroe played opposite Joseph Cotton as an unhappily married woman, plotting the murder of her husband.—Howard Halle 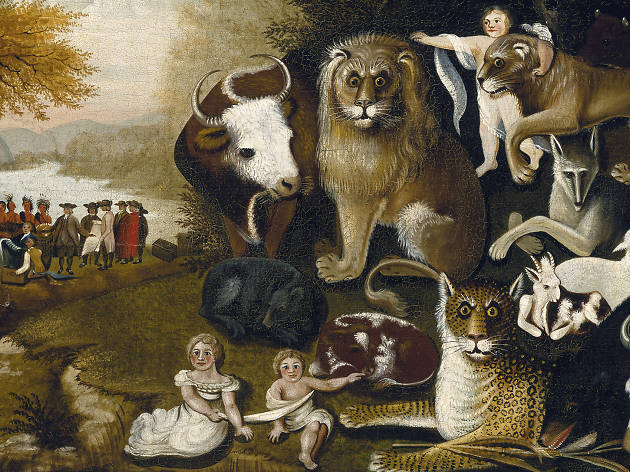 Leading artists, gallery owners, curators and critics pick the best paintings to be seen in NYC