In certain circles—where pork belly’s sustainability and the legitimacy of the World’s 50 Best Restaurants are subjects of debate—Wylie Dufresne can be as disruptive a topic as harem pants, cilantro or Benghazi. Drop his name into polite conversation and watch the mood ripple.

The chef’s particular brand of gastronomic black arts has been dividing opinion for more than a decade at wd~50—the original nucleus of North American avant-garde cuisine. There he cultivated his modernist, tongue-in-cheek approach, spawning curiosities like deep-fried mayonnaise and scrambled-egg ravioli. Critics call it gimmicky, fans find it magical, but either way you’ve got to hand it to him: Whereas other chefs of his standing cashed in with soulless expansion plans, the man stayed focused on his Lower East Side spot, lapping every other New York kitchen in innovation and sheer pluck.

So it was something of a bombshell when Dufresne announced he’d be opening a second restaurant, one that seemed attuned to the way the food world has changed—downscaled and relaxed—since wd~50 debuted in 2003. At his new gastropub, Alder, Dufresne is still challenging the orthodoxy of serious cooking, presenting familiar flavors in surprising new frameworks. Whatever you think of the twisty byways he’s exploring with his kitchen lieutenant, John Bignelli, this food is awfully easy to like.

To enjoy a pigs-in-a-blanket riff, for example, you don’t need to know that the wrappers encasing sweet Chinese sausage are Pepperidge Farm hot-dog buns, flattened in a pasta machine and fried into crisp jackets as gratifying as any puff pastry. The New England clam chowder, with its dice of smoky bacon, is no less silky and voluptuous when you learn that the crackers served alongside are actually pureed and fried oysters. They’re pretty brilliant, by the way; as the briny puffs soften, they amplify the soup’s brackish depth.

You can eat quite simply at Alder if you want to. A fried wedge of cauliflower is improbably rustic, with a lacy drape of lardo and candied cocoa nibs scattered over its burnished surface. And schmaltzy chicken liver, with bits of boiled egg, is heaped onto sweet corn bread, along with bitter grapefruit jam and curls of the poultry’s crunchy skin. This stuff ought to be eaten at the bar, paired with one of the intriguing cocktails. The St. Marks the Spot is a good place to start a savory conversation piece, with aquavit, earthy carrot and tart sea-buckthorn juice.

But there are a few head-scratchers, too. Intense berbere-spiked lentils and gorgeous pink slabs of lightly smoked char are both delicious on their own; plated together, the delicate fish disappears entirely. And those limp strands of rye-based pasta served over sliced pastrami should be better at plucking the Jewish-deli heartstrings. These are Dufresne’s Icarus moments: A singe or two is to be expected when flying so close to the sun.

As you dig through the last drippings of a lovely cream-capped root-beer pudding, you wonder why the dining room isn’t a bit more clamorous. Blocks away, New Yorkers stand in two-hour queues for mapo tofu, while Alder’s prime-time tables can be had with a minimal wait. It might take some time for Dufresne to convince the masses that he can pull off casual pop-in food that is as stirring and satisfying as it is provocative.

Better to get on board early.

Drink this: In keeping with the legacy of wd~50, the cocktails are thoughtful and destination-worthy on their own. Tapped drinks, like the Dr. Dave’s Scrip Pad ($12), made with rye, amaro, smoked maple and yuzu, are sold in full-size or shorty portions, so you can taste your way through the lot. 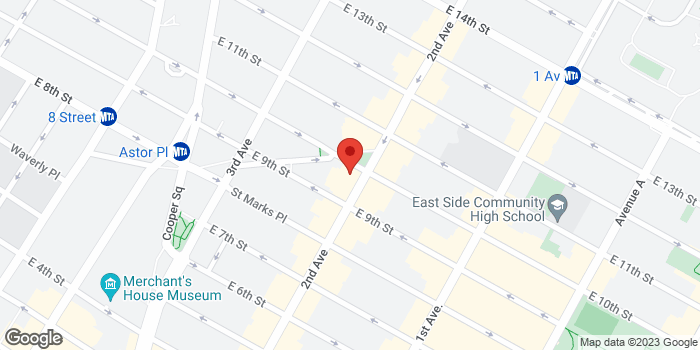