Bars, Cocktail bars Lower East Side
Recommended
4 out of 5 stars 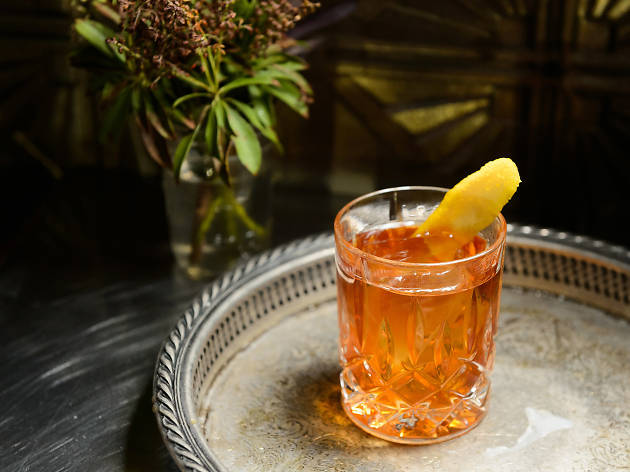 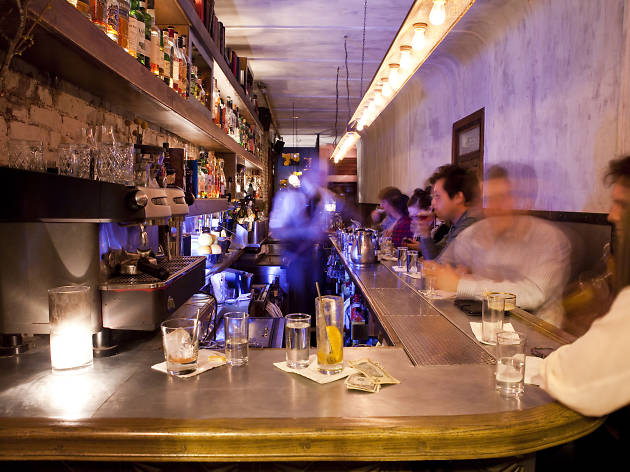 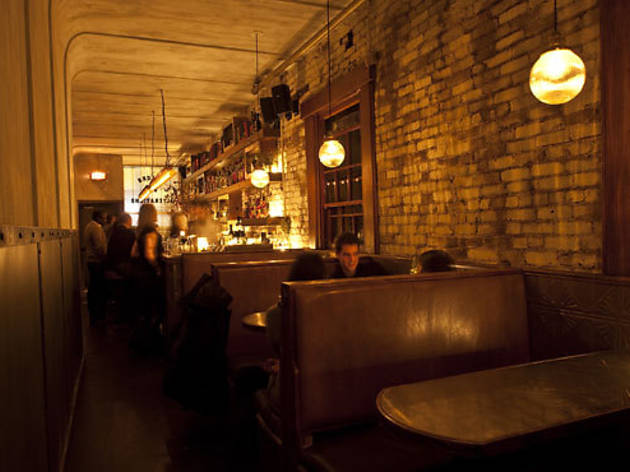 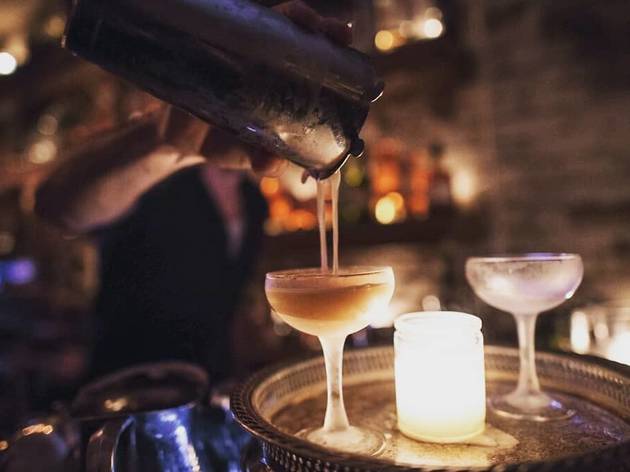 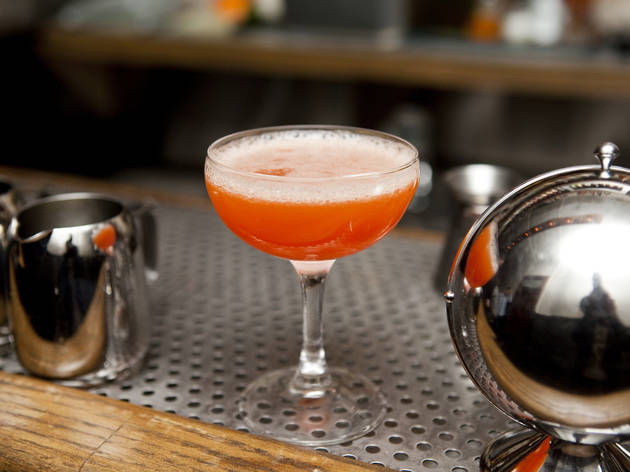 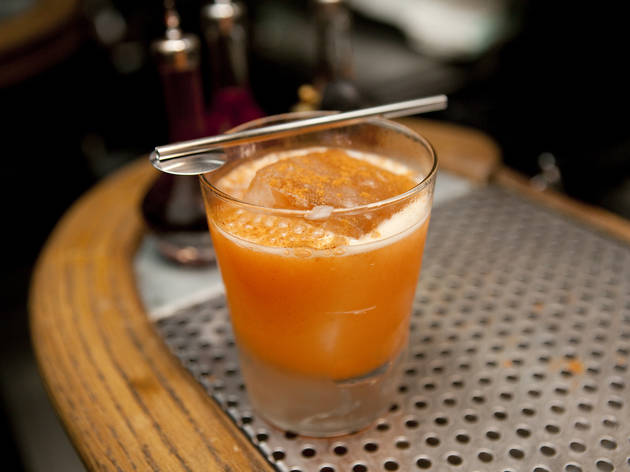 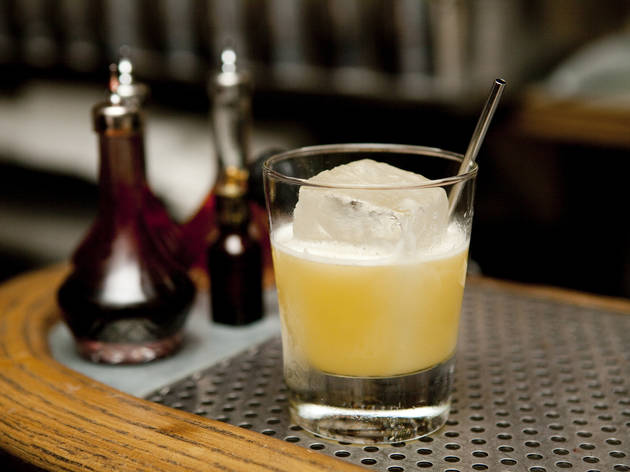 From the up-tempo retro tunes to the brightly lit, lived-in digs (whitewashed brick, tarnished marquee “A” on the wall), this Milk & Honey offshoot proves a breezy evolution of the form. The tucked-away Chinatown haunt, inherited by acclaimed M&H alums Sam Ross and Michael McIlroy, keeps the same bespoke protocol as its forebear: At the brushed-steel bar, suspender-clad drinks slingers stir off-the-cuff riffs to suit each customer’s boozy preference. A call for a citrusy, whiskey-based quaff yielded the Paper Plane, a bittersweet balance of bourbon, potent, herbal amaro, grapefruit-like Aperol and lemon juice that deftly hit on the fruity nose without being cloying. A barstool comrade, looking for something a little sweet, a little spicy and with a lot of tequila, found every criteria met with the Torch Light, brimming with honey and lime notes and pepped with a vinegary back-of-the-throat kick of hot sauce.

The skeletons of the former bar still rattle around the space—the knock-and-buzz door system, the dusty tailors m&h alterations window—and wistful boozers can seek solace in Petraske-era standard-bearers, like Ross’s signature Penicillin, a still-inspiring blend of Laphroaig ten-year, honey-ginger syrup and lemon. But like its precursor, Attaboy is fine-tuned to boozehounds who know what they like but aren’t afraid to branch off, a testament to the attentive, savvy crew. With cocktail virtuosos like Ross and McIlroy tending to your desires, tipplers won’t be afraid when seemingly simple pineapple-rum sips come laced with swarthy, unexpected swirls of bitter Campari. They’ll be too busy trying to gulp every last drop.

The railroad-slim space is as intimate as ever, but a lengthened bar encourages a more laid-back, hang-at-the-bar type of feel. Ross and McIlroy scrapped many of the intimidating M&H statutes—the reservations-only door policy, the much-ballyhooed rules of conduct (no hats, no flirting)—in favor of accessible add-ons like a credit card machine, cans of cheap domestic beers and a slight price drop. In their wake is an easier affair with all of the prestige and little of the pretense. If Attaboy were a TV show, you’d want to Netflix the hell out of it.