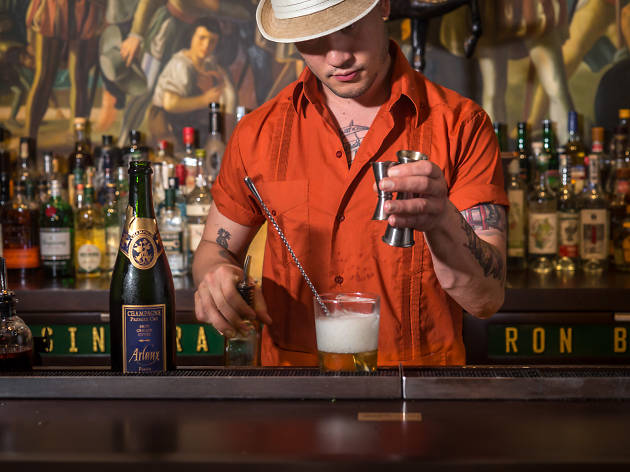 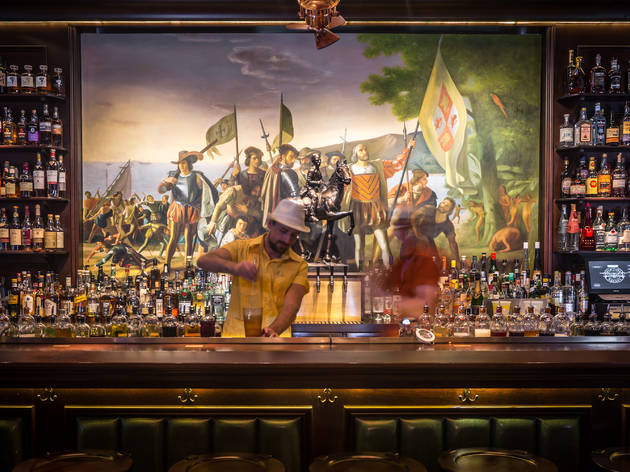 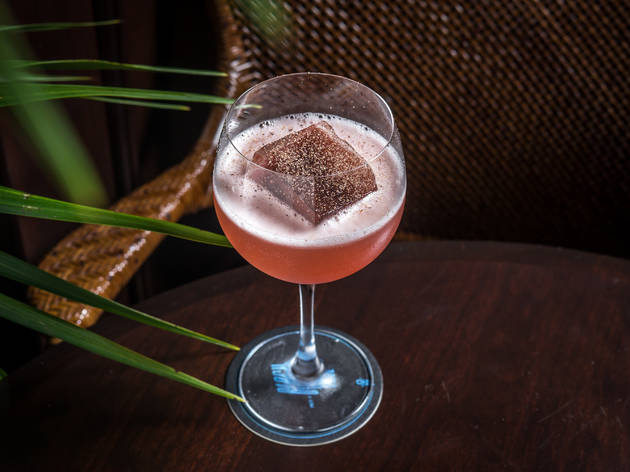 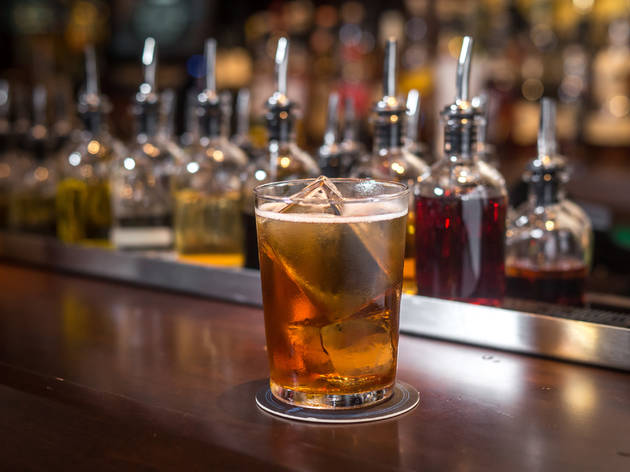 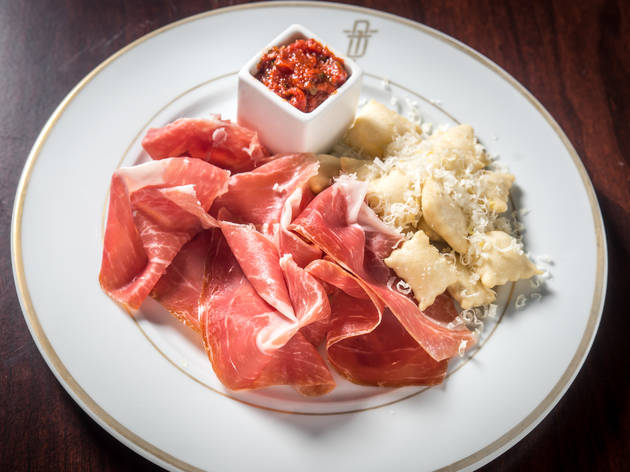 It's only a whiskey stone’s throw away from the Dead Rabbit—Sean Muldoon and Jack McGarry’s exceptionally successful cocktail bar on Water Street (dubbed the World’s Best Bar at 2015’s Tales of the Cocktail Spirited Awards)—but the sequel from the renowned team couldn’t be further away in terms of theme. Where the original tavern looked to the Irish gangs of Five Points- in New York, this second outfit, located inside the Pier A Harbor House complex, channels Prohibition-era Cuba, a time when Americans flocked to the island nation for the liquid pick-me-up that U.S. law was denying them. A statue of Cuban lit hero José Martí stands proudly at the rum-flowing bar, where the stools are modeled after those in Ernest Hemingway–frequented joints in balmy Havana, and the expansive menu is loaded with more than 50 cocktails pulling from the 1920s through ’50s. And unsurprisingly, those cocktails are excelente.

ORDER THIS: Meticulously researched cocktails ($16) created by some of the planet’s most illustrious bar talent. A collaboration between McGarry, Dead Rabbit head bartender Jillian Vose and BlackTail head barman Jesse Vida, the menu upholds Cuban classics like daiquiris and mojitos, which are made with the bar’s proprietary “Cuban Rum Blend” (Bacardi Heritage, Barbancourt White Rhum, Caña Brava and Banks 5 Island). A humble rum and Coke is elevated with the refined fizz of champagne, the amaro edge of Fernet-Branca and a few dashes of house-made Orinoco bitters; the country’s iconic El Presidente has been updated with smoky mescal, Italian vermouth and the slow burn of ancho chile.

GOOD FOR: A first-date bar with enough liquored-up liveliness to distract you, in case it’s not a match made in Bumble heaven. Before you can think of scanning the colorful, collectible 78-page book that serves as the drink menu, a glass of liquid courage arrives in the form of a complimentary frozen daiquiri. Bored of your date’s babbling? Direct your attention to the walls, covered in 300 framed stills of Cuban life from photographer Vern Evans; the dark-wood bar, studded with brass plaques bearing the autographs of notable Havana lovers like Frank Sinatra, Ava Gardner and, yes, Hemingway; or the live band blaring Cuban rhythms from the corner.