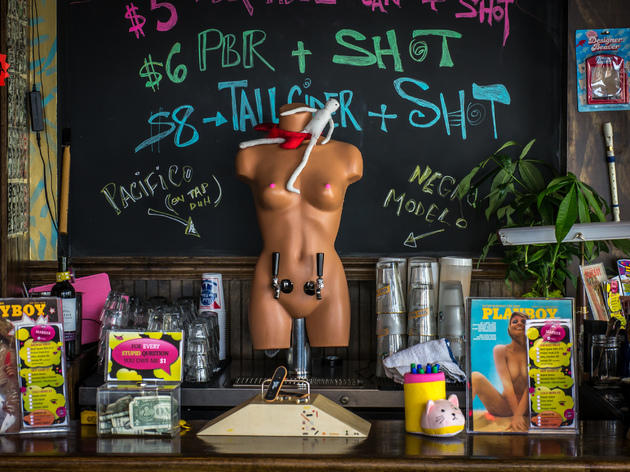 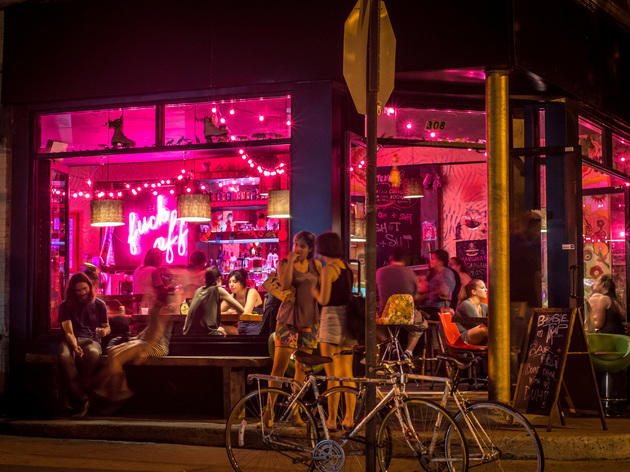 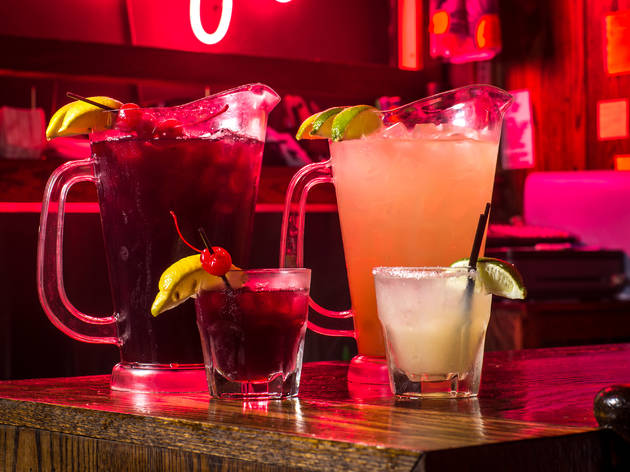 3/5
Paul WagtouiczPitchers of sangria and margaritas at Boobie Trap 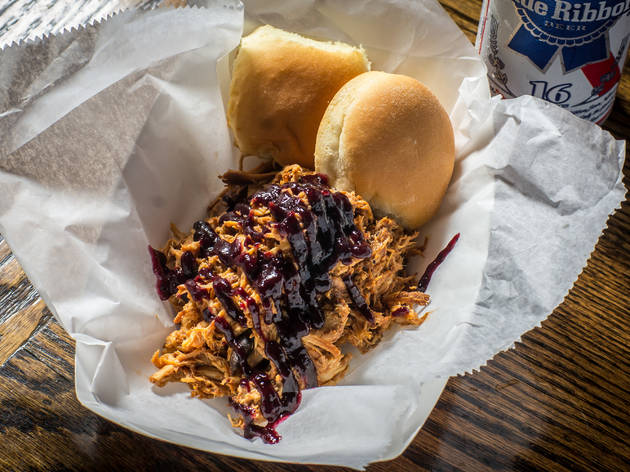 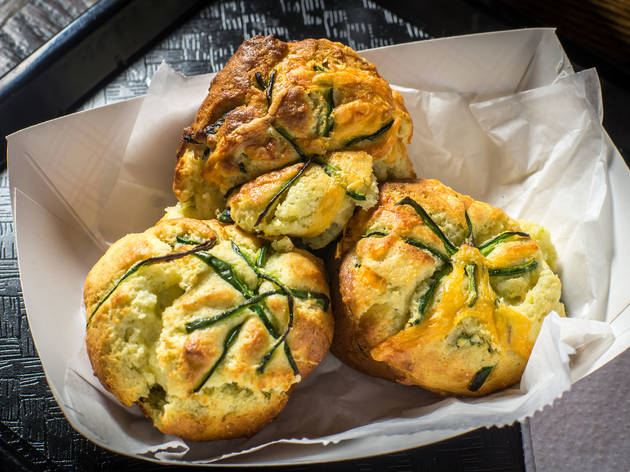 When you hear “boobs and beer,” you think Hooters. But even that iconic paean to cleavage and canned suds gets some serious competition from this Bushwick bar and breastaurant from Iggy’s drink slinger Kristen North. Lady lumps abound at the brazen, retro-kitted dive—done up with hot-pink lights and heaps of B-movie camp—but hidden beneath the nip-slip kitsch is a surprisingly respectable neighborhood hangout.

ORDER THIS: Cheap-as-hell tall boys. Big-name domestic cans like Bud and Blue Moon ($4–$7) reign at the bar, but two draft lines sprouting from a naked mannequin pour one light (Pacífico) and one dark (Negra Modelo) brew. On the spirits front, jugs of margaritas are heavy-handed on the tequila, so your $25 is well spent—and at happy hour, they’re $18.

GOOD FOR: Letting your freak flag fly high. The bathroom ceiling is tiled with rubber knockers lit by a chandelier of Barbies, the gold zebra-printed walls are nailed with ’90s troll dolls and plastic dinosaurs, and a neon sign boldly proclaims fuck off from behind the bar. Play rounds of childhood favorites like Monopoly on tables with built-in boards or snatch nudie coloring pages and crayons from the bartender, who will be dressed in a cheerleader’s uniform.

THE CLINCHER: For a bar heavy on gimmick, the down-home Southern grub is remarkably on point. Smoked meats, including tender, braised chicken with a mesquite bite ($9), and sides like Cajun macaroni and cheese ($3) and fluffy jalapeño cornbread muffins ($2), are doled out in carboard boats on plastic cafeteria trays. A six-pack holster of squeeze bottles filled with house-made barbecue sauces—spicy, mustard, even blueberry—are also at your finger-lickin’ disposal. As one PBR-glugging, tattooed Bushwickian said, “Come for the boobs, stay for the barbecue.”

Boobie Trap says
Games, boobie Coloring pages, flamingo beer bongs, drag queen bingo, and we want to party with EVERY SINGLE LAST ONE OF YOU! xoxo