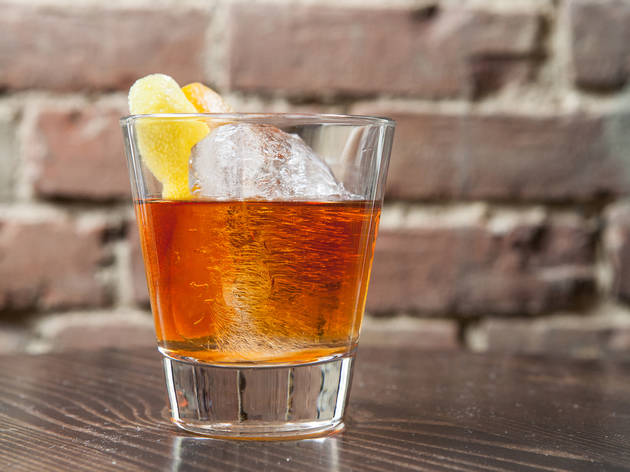 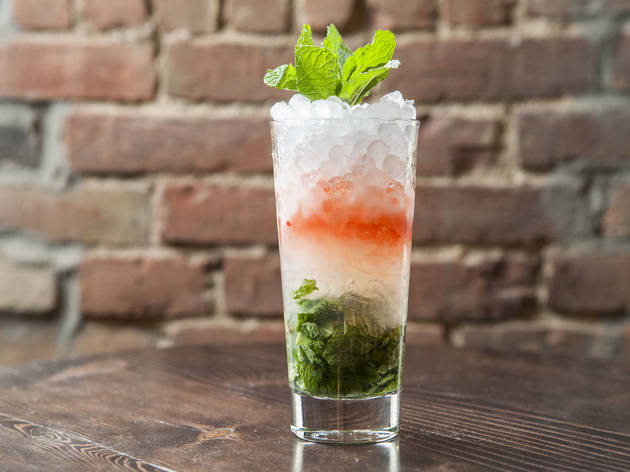 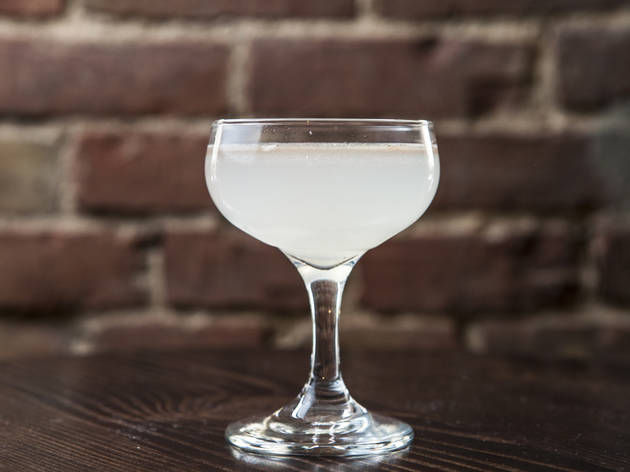 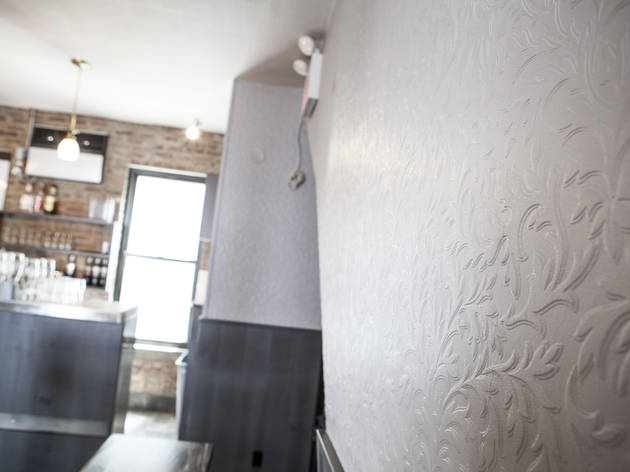 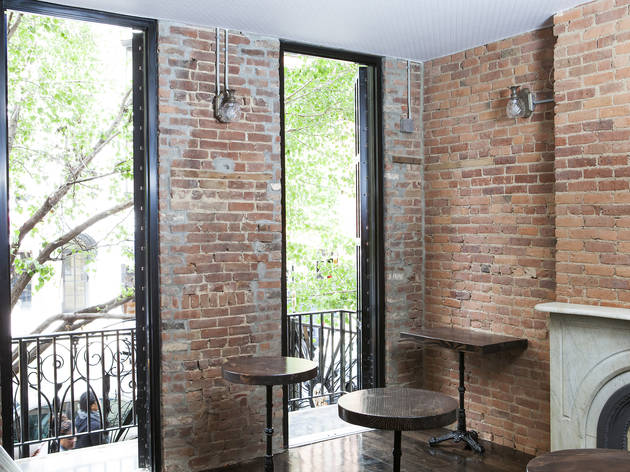 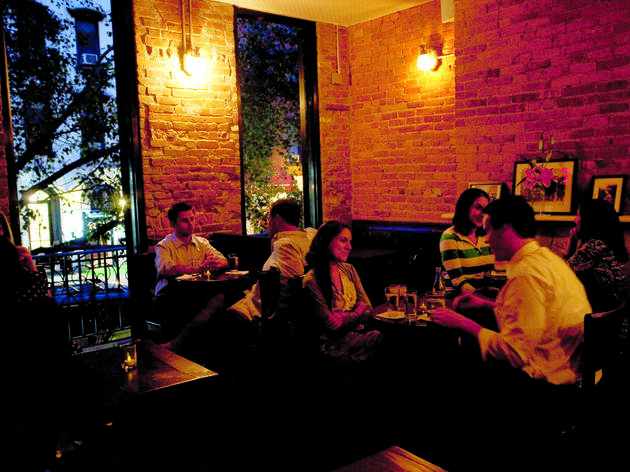 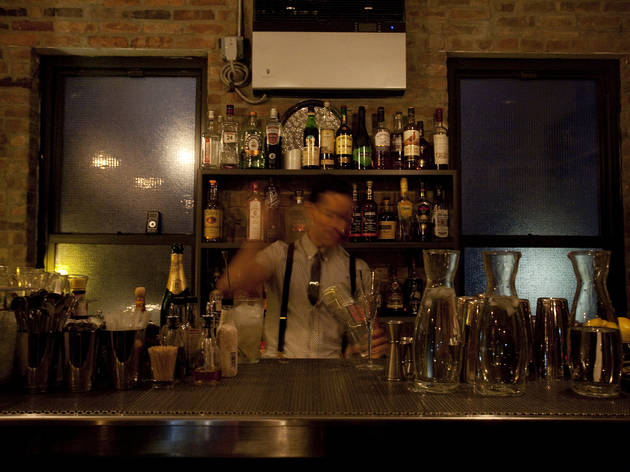 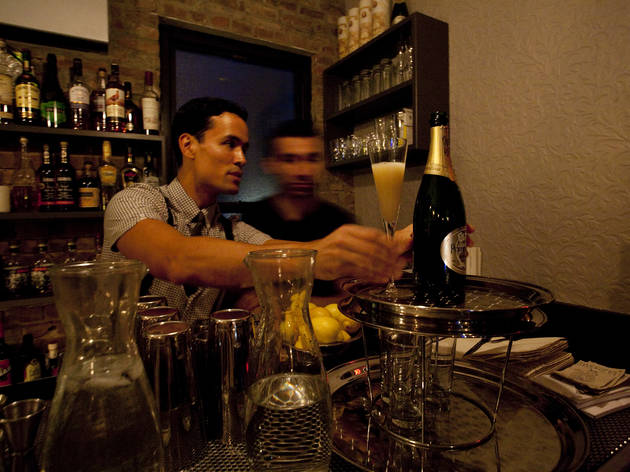 In an age when suspenders and ’staches are cocktail-bar clichés, it’s hard to remember that a bit more than a decade ago, craft cocktails were almost a historical footnote, degraded over the years by sugary premade mixes and the herculean rise of the Appletini. Times have changed: Many casual drinkers now know Angostura from Peychauds bitters, and bartenders are thought of as serious pros, not moonlighting actors. Arguably, no one has done more to advance the cause of a well-made drink than Sasha Petraske. In 2000, the visionary barman paved the way for the modern cocktail bar with Milk & Honey—a rarefied antidote to New York’s sloppy drinking scene, fueled at the time by Red Bull–vodkas and cheap beer. In short order, he and his acolytes have spread the liquid gospel with a rapidly expanding web of standout watering holes, including Little Branch and Silver Lining. Along the way, Petraske loosened the reins at his new spots, ditching M&H’s famed house rules (“No hooting, hollering, shouting or other loud behavior,” etc.), as well as the reservations-only door policy. His latest bar, Middle Branch—run by longtime Little Branch lieutenants Lucinda Sterling and Benjamin Schwartz—plants a flag for artisanal cocktails in postfrat epicenter Murray Hill. This is no sly Trojan horse for tipplers in the know, hidden from the popped-collar masses with a windowless facade and an unmarked ingress: The bi-level drinkery, sporting open French doors offering an easy glimpse inside, practically beckons passersby, marking another democratizing advance for mixology.

DRINK THIS: As at Petraske’s other highfalutin joints, the razor-sharp focus is on classic cocktails and riffs (all $12), built with hand-cut ice and superior spirits. If you prefer a stiff drink, try the smooth rendition of that old New Orleans favorite, the Sazerac. Or if something more refreshing and spiced is in order, sip the Queens Park Swizzle, a tall Trinidadian quaff built with three colorful layers (muddled green mint, white rum and reddish bitters) over pebble ice. A request for something gingery yielded a bracing Gin-Gin Mule—the contemporary classic from mixology matriarch Audrey Saunders (Pegu Club) made with Beefeater gin, lime, mint and homemade ginger beer. The delivery of the fine drink was, unfortunately, marred by a haughty waitress’s tone-deaf lecture on the tipple’s origins.

GOOD FOR: A dignified drink in an unlikely neighborhood. Bookended by a leafy terrace and gleaming silver bar, the dimly lit upstairs level offers the only seating in the house. Slip into one of the dark-red leather seats to seal the deal on a date or play catch-up with a friend. The ground floor feels more stark—electric votives light a scattering of standing communal tables. But it’s a great place to behold the comical clash of cultures brought about by settling a serious cocktail joint in the city’s most bro’d-out ’hood. On a recent Friday night, a pair of dudes straight out of Jersey Shore pierced the civilized air and perplexed a barkeep with requests for “Stoli O” shots.

THE CLINCHER: Middle Branch has finally given Murray Hill locals a proper gin joint to call their own—a laid-back and accessible spot offering impeccably made drinks. There should be a cocktail bar like this in every neighbhorhood, and with Petraske on an expansion tear, there soon just might be.