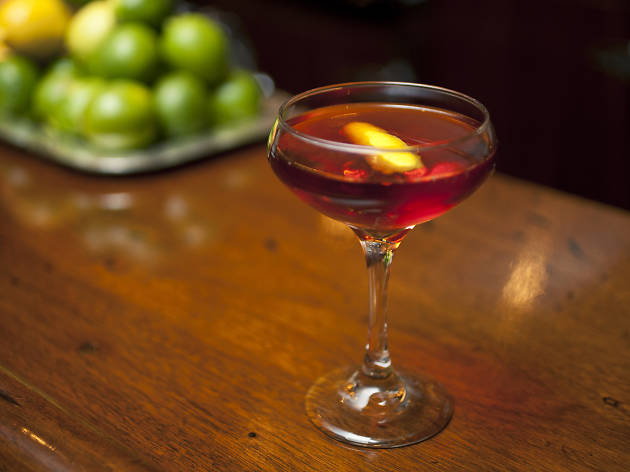 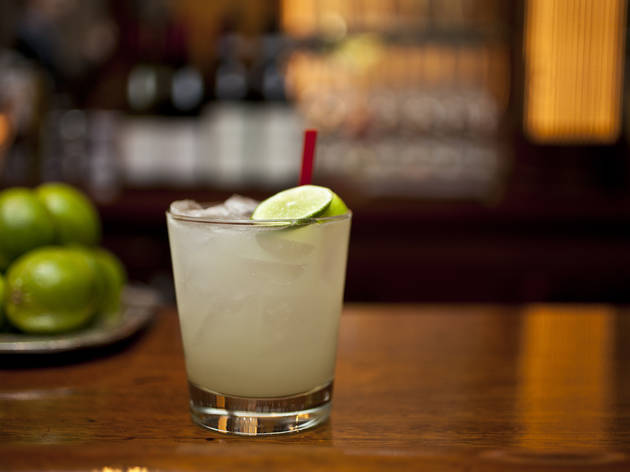 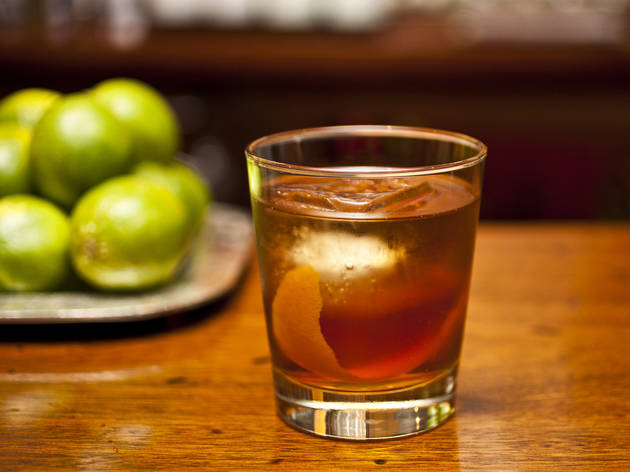 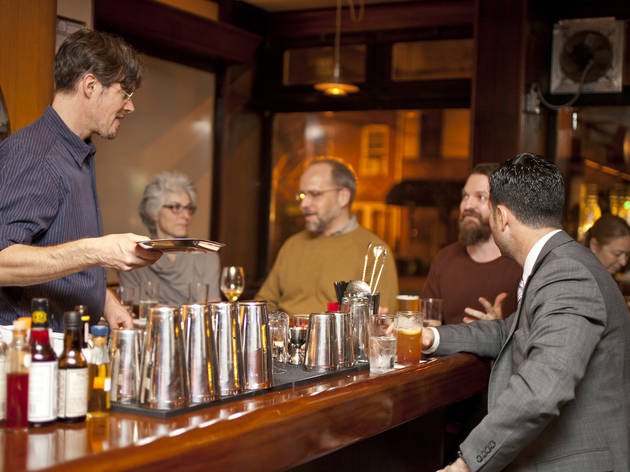 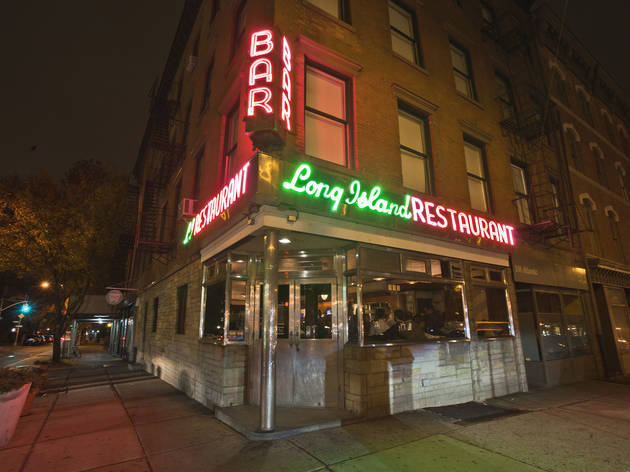 As forward thinking as New Yorkers are, we’re also a deeply wistful bunch, quick to rouse the past before it recedes into history. The same could be said for the food-and-drink scene—left and right, erstwhile haunts are dusted off and made anew, from fabled Hemingway hangout Minetta Tavern to the horn-blaring Minton’s Playhouse. A revivalist spirit is at the core of this retro-fitted bar from Toby Cecchini, which takes over midcentury greasy spoon the Long Island Restaurant. But the cocktail vet does more than simply dig up old bones—he fleshes out the joint into a new being entirely.

DRINK THIS: An expertly executed cocktail. The menu swaps out the tortas that once powered neighborhood blue-collars for Cecchini’s fine-tuned list of six bedrock quaffs ($12). A true bartender’s bartender, Cecchini is a bit of a legend in cocktail-swilling circles—along with creating the modern Cosmo at the Odeon in ’87, he also ran the beloved drinks den Passerby until it shuttered in 2008. Such chops are on display in a biting but balanced rye-and-Campari Boulevardier and a tart gimlet, given a fiery kick from ginger grated into the lime cordial.

GOOD FOR: A boozy blast from the ’50s. The old-line interior—terrazzo floors, Formica walls, the iconic signage—has been preserved with an almost religious reverence, down to the faded cigarette burns that still cheetah-spot the gleaming Art Deco bar. New additions echo the original space, including the vinyl barstools, three of which honor former owners Emma Sullivan, Pepita and Maruja Fernandez.

THE CLINCHER: With Cecchini’s bookish attention to detail and a brainy, bespectacled crowd mulling over New Yorker articles, the narrow barroom is a thinking man’s watering hole, a far cry from the days when wharfies flocked this corner spot for hair-of-the-dog cure-alls. It’s a highbrow return not only for the neighborhood landmark, but also for Cecchini, who’s as reassuring behind the bar as the diner’s lit-up marquee is on that Cobble Hill corner. To both, we say, welcome back.