There are a lot of giant skyscrapers in the works that are set to change New York's skyline over the next five years. But the current design trend among architects working in the city is to build shiny, super tall, slender towers—a new proposal for a structure fitting that stereotype seems to pop up every week. This movement was not missed on the team from Oiio, an architecture studio based in New York and Athens. They drew up a concept skyscraper that asks, "What if we substituted height with length? What if our buildings were long instead of tall?"

The result is a concept building that Oiio has dubbed "The Big Bend." It would be the longest building in the world, and the design looks like a mix of the Gateway Arch in St. Louis and something out of Blade Runner. If the goal of a New York skyscraper is to stand out in the skyline, then this concept posits that the answer is not to push for height, but rather one that "tells a good story."

"Cities have become a reservoir of emotions and symbolism, deposited daily by their inhabitants," says Oiio founder Ioannis Oikonomou. "Architects are now free from the old constraints and are ready to wrestle with a city fabric covered by layers on top of layers, made of meaning and memory." 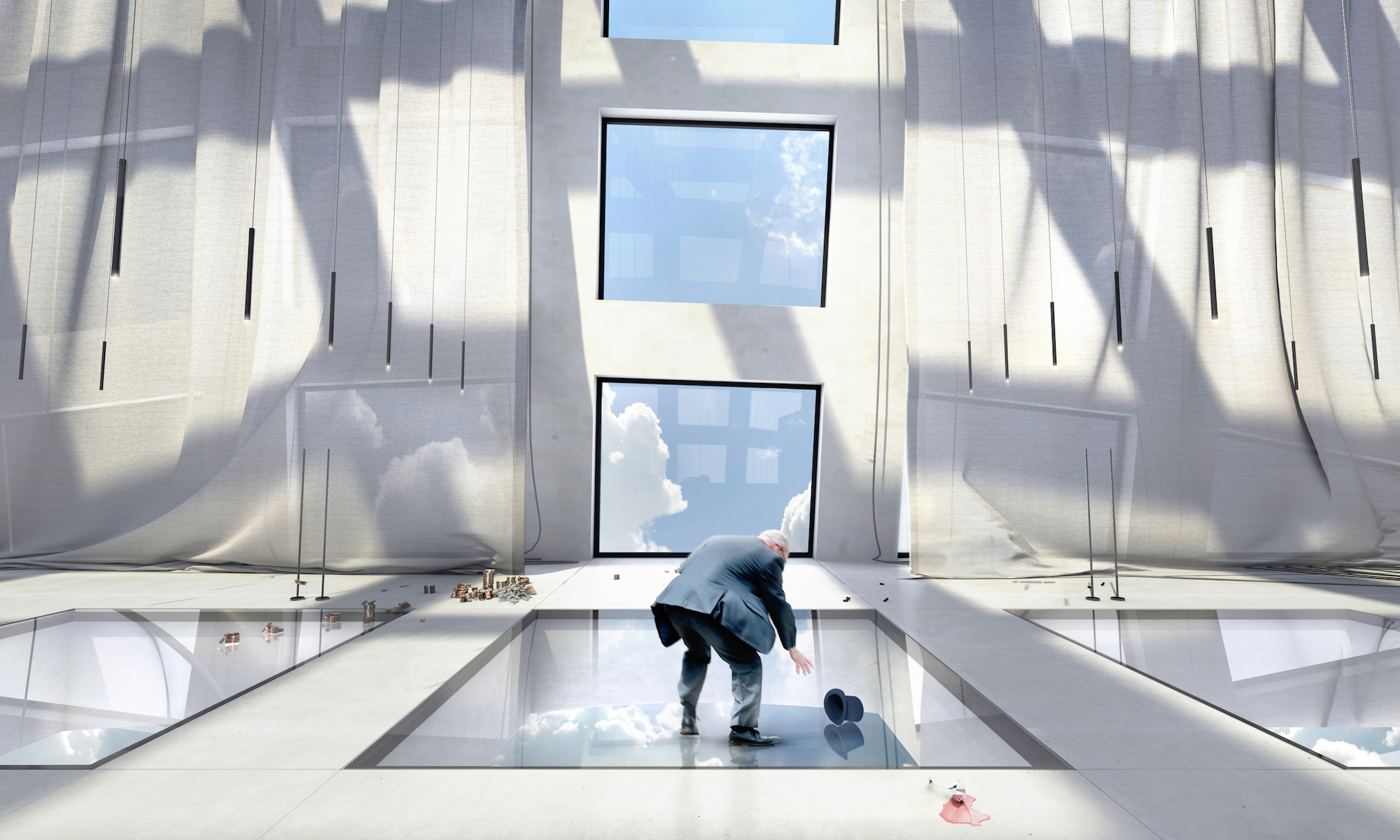 Rather than quickly building a massive, bland tower that only attracts the eye due to its height (like, say, the Central Park Tower), Oikonomou argues that it is the job of architects to "bring out the inherent emotions of the city." The Big Bend concept aims to challenge the paradigm of building vertically, questioning the aesthetic cost to New York's skyline that comes with the current design trend among the city's largest developments.

Oikonomou's concept would place the building on 57th Street, just south of Central Park, not far from a medley of high-rise projects that are currently in the works (53 West 53rd Street, 111 West 57th Street, Central Park Tower). The Big Bend would directly conflict with those towers, both in design and philosophy.

In any case, we'd love to see The Big Bend actually be built—and many more like it.