Brooklyn Strand will connect DoBro to DUMBO and more

For pedestrians, there’s always been something of a disconnect between Downtown Brooklyn, the Brooklyn Bridge and DUMBO. For instance, getting to the foot-path on the Bridge from Borough Hall involves a long slog across Cadman Plaza Park down to a narrow flight of stairs hidden by an underpass. Meanwhile, hoofing it to DUMBO from DoBro often involves taking your life in your hands as you try to navigate the traffic whizzing on and off the BQE across a barren stretch of asphalt. Not very user-friendly. However, all of that may change thanks to a proposed 50-acre revamp of Dobro’s parks called Brooklyn Strand. The idea has been kicking around since November 2015, but recently, new renderings have been released, and they definitely look cool. 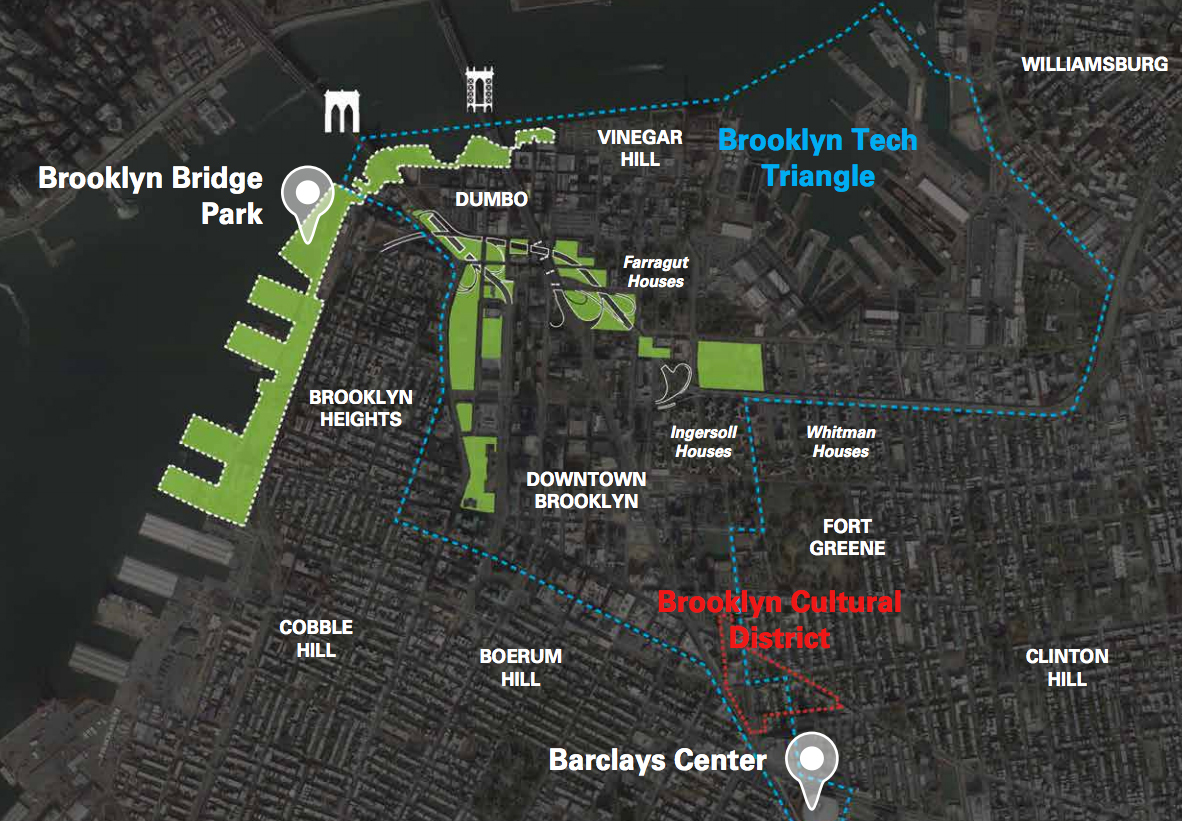 A public-private venture, Brooklyn Strand essentially creates a continuous greensward from Borough Hall to the entrance of Brooklyn Bridge Park. As designed by WXY Architecture, the plan includes re-opening the Brooklyn War Memorial in Cadman Plaza (which has been closed for, like, forever). There will be new pedestrian access to the Bridge in the form of a sort of outdoor stairway tower that includes an elevator. The on/off ramps of the Brooklyn-Queens Expressway will be repositioned, creating an expansive pedestrian plaza in areas that are now crawling with cars. And a new market will be built in the the Brooklyn Bridge Anchorage, which was closed to the public after 9/11 for security reasons. 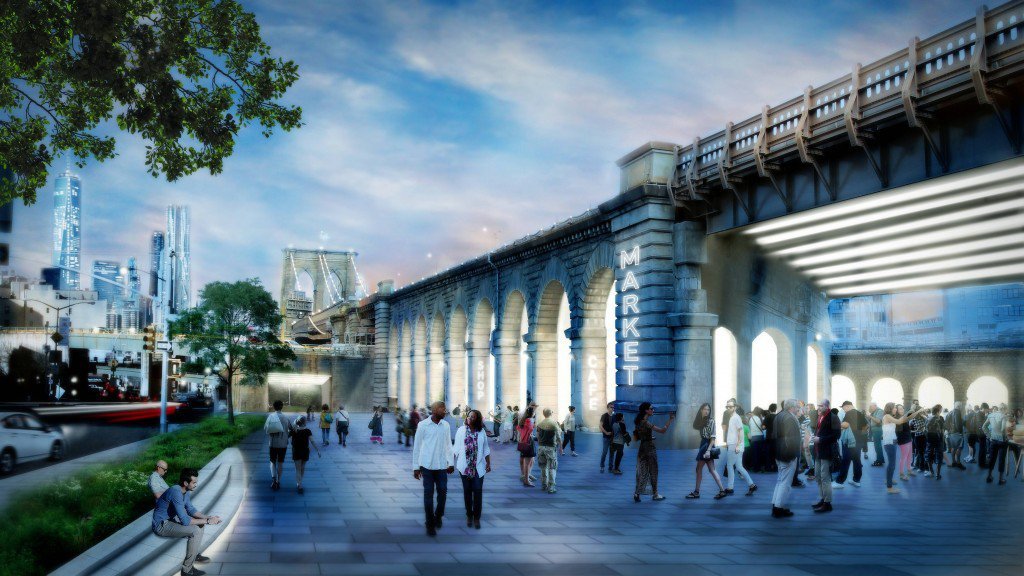 So all in all, the project, if realized, will almost seamlessly knit together neighborhoods that have been cut off by traffic. It will still be a long walk from Borough Hall to the Bridge or DUMBO, but you won’t have to worry about getting hit, and there will be plenty of places to stop off along the way.