Four pet costume parades to hit up before Halloween

Halloween is fast approaching, and you may not have your own costume picked out, but you damn well have a costume picked out for your dog and she or he looks f*cking adorable in it. And now you're out for Halloween pet parade fame and glory in the toughest costume-judgment town there is, New York City. Good thing you have four chances for your pup to shine this season. 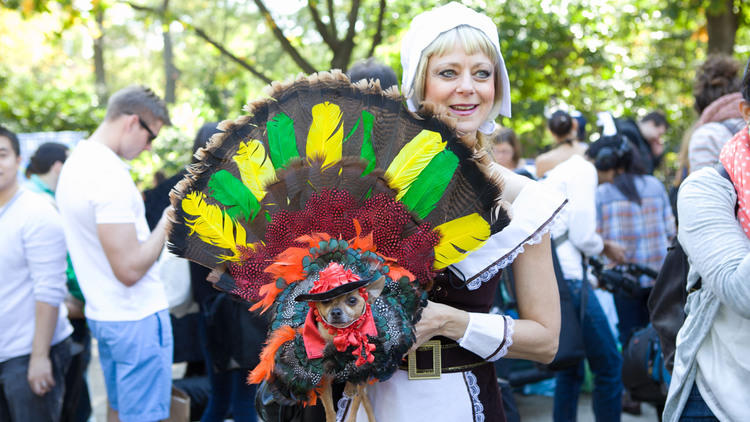 The city's biggest and most viciously competitive dog parade. The getups are remarkably elaborate and conceptual—no surprise given the $4,000 worth of prizes on offer, including an iPad Mini for Best in Show. No pooch? No problem: Grateful Greyhounds, Bide-A-Wee, Friends of Animal Rescue and the Mayor's Alliance for New York City Animals will be on hand with canines that need a loving home. Just remember, a dog's for life, not just for a costume contest.
October 24 at noon, Tompkins Square Park, 7th to 10th Sts between Aves A and B, $5 suggested raffle donation 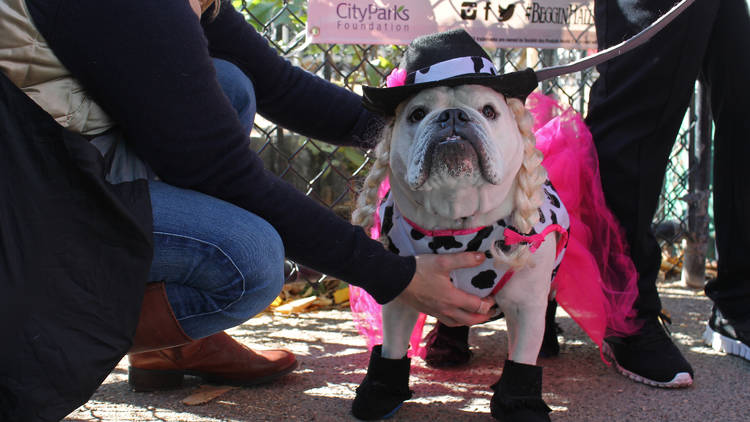 At the Halloween Howl, dogs will love tasty selections from the Freshpet truck (the only Manhattan food truck made especially for canines). Expect to dance around to doggy-themed tunes plus give your four-legged fellow a chance to show off his costume! Don't dogs from the Upper East Side dress up all the time anyways?
October 18 at 1pm, Carl Shurz Park, East End Ave to FDR Dr between 84th and 90th Sts, free 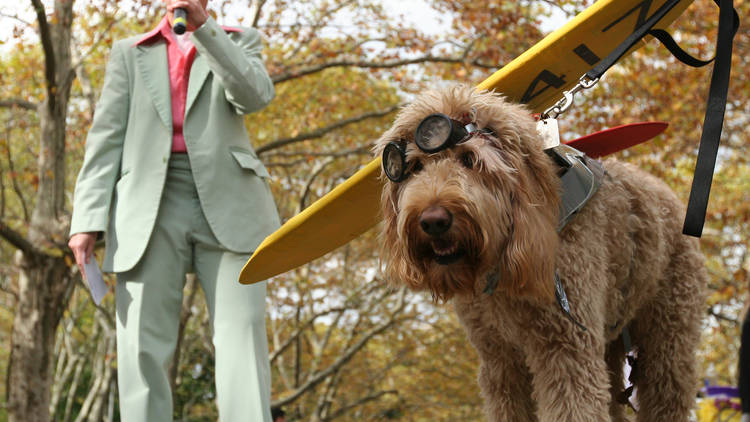 The largest dog costume event in Brooklyn is held on Halloween itself, making for a spookier atmosphere than ever before. Last year there were 124 dogs in the costume—expect even more this year, plus plenty of dogs inhumanely forced to dress up as Donald Trump! Registrations start at 11am.
October 31 11am–4pm, Prison Ship Martyrs Monument in Fort Greene Park, Brooklyn, $5 suggested donation

Badass Brooklyn Animal Rescue invites all the dressed up pups to the promenade for a pet parade, costume contest, raffle prizes and plenty of adoptable pets. Buy tickets to enter your dog in the parade or for the raffle here!
October 25, noon–4pm, Cranberry St at Columbia Street, Brooklyn, donations gratefully accepted