Katie Von Schleicher is a gregarious, humorous person when you get to know her. That’s important to keep in mind when you listen to her striking new album, Shitty Hits, the songs of which are filled with melancholy and darkness (and titled with names like “Paranoia,” “Life’s a Lie” and “Nothing”). It’s not exactly new ground for Von Schleicher: Like her preceding mini-album, Bleaksploitation, this record is darkly hued, with a self-recorded aesthetic that augments her melodic pop sensibilities and soulfully aching singing. Von Schleicher, who celebrates the release at Union Pool on Friday 4, talks to us about the turbulence that informs her music and growing up listening to ’80s pop songs.

The title Shitty Hits sounds like a greatest-hits collection. Do you consider it a concept album?
I see [the songs] all as part of one thing, mainly part of a period of time. I was going through a fair amount of therapy when I was writing the record. I was feeling really inward.

Was it tough to make an album this raw and turbulent?
There’s something about choosing to make records mostly by myself that is insane, given my relationship with self-criticism. It’s only natural there’s a lot of tension in the lyrics, even in the ones that are self-affirming. There’s a ton of conflict, a lot of ambivalence, and it’s inherent to the process that I put myself through.

Do you think the dark tone is a reflection of you in real life?
You’d have to ask my boss Ben [Goldberg owner of Ba Da Bing Records] because he’d probably get a huge kick out of answering that. I’m pretty attached to the humor in life, but I haven’t really put that in the music.  [Laughs]

How did you develop your interest in music?
From an early age, I fantasized about it pretty obsessively. I dreamed about writing songs for Celine Dion and Whitney Houston since I was a little girl. I wanted to be a pop star. I liked musicals. “The Lady in Red” by Chris de Burgh—that one has a special place in my heart. “Careless Whisper” [by Wham!]—I heard that so many times when I was I kid. [My album is] sort of like a perversion of those ’70s [and ’80s] songs, full of shiny production, guys singing these whispery vocals and songs that are well constructed but cheesy in some kind of amazing way.

You started working on Bleaksploitation at the request of Goldberg while you were interning at Ba Da Bing Records.
I took it way more seriously than anyone intended. It’s crazy to think that if I hadn’t asked for that internship, where would I be now? That’s probably the most significant tiny decision that has changed my life.

Do you like performing live or working in the studio better?
I love playing live. It’s amazing. It’s the only way I ever forget my body. I’m an anxious person, always crossing my arms. And live is the closest I get to becoming looser. 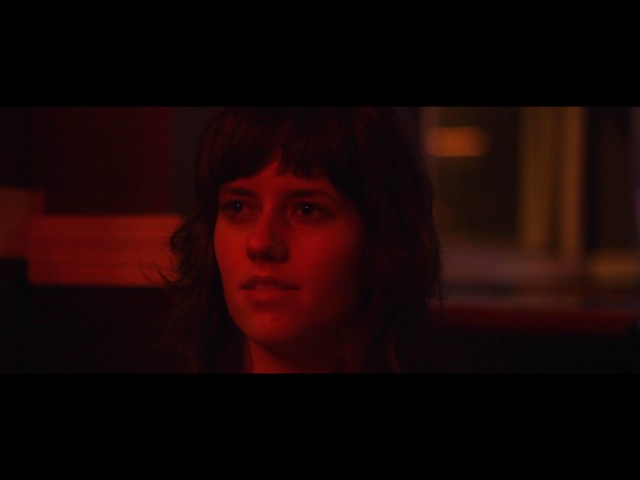