Among other things, New York is a city of dream projects that never get built. But sometimes they get a second chance, and that appears to be the case with BQ Green, a proposal to turn parts of the BQE between South Third and South Fifth Streets in Williamsburg into a park featuring bike lanes, a pool and a baseball diamond. The brainchild of Councilman Antonio Reynoso, the idea was initially floated in 2010 and priced at $100 million, but was met by then Mayor Michael Bloomberg’s decided disinterest. Now, Reynoso wants to try again. 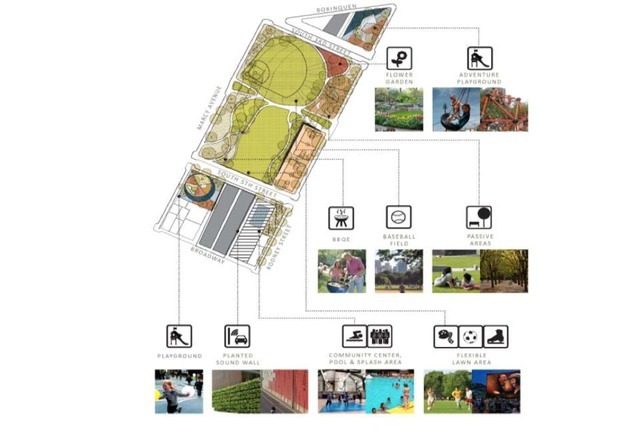 The idea is to build the park on a platform across the BQE ditch that had been rammed through parts of Brooklyn under the aegis of New York’s legendary, if arrogant, building czar, Robert Moses. Besides providing much needed green space, the park would also knit back together a neighborhood torn apart when the expressway originally went through. How feasible is BQ Green? Its designers, dlandstudio, have already built something like it for Dallas, Texas. 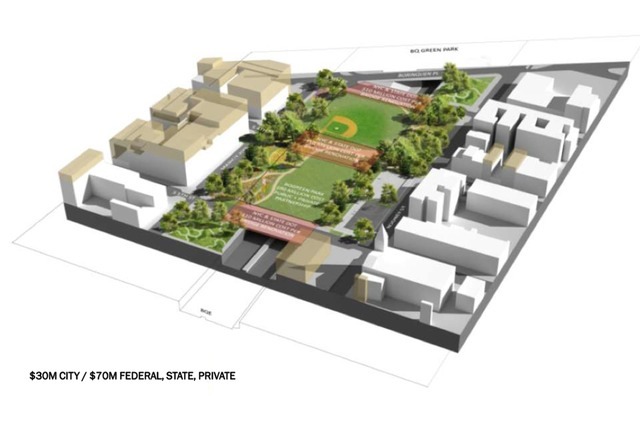 So will the second time be the charm? Recall that in the 1990s, proponents for transforming an old elevated railroad spur on the far West Side into a state-of-the-art park ran into stiff resistance from former Mayor Rudolf Giuliani—who wanted to tear the damn thing down. Ironically, it was Bloomberg who made the High Line we know and love possible. So who knows? If Mayor Bill de Blasio doesn’t get too bogged down with investigations into his campaign financing practices, BQ Green just might happen.

Howard Halle is the Editor-at-large for Time Out New York as well as Chief Art Critic and Editor of the Art section. He joined TONY on August 1, 1995 as part of the staff at the launch of the magazine and has worked here since.

He taught 20th-century art history at the Corcoran Gallery School of Art in Washington D.C. before moving to NYC in 1981 to serve as the Curator for the The Gallery and Performance Art program at The Kitchen, one of the city's oldest non-profit arts centers. Additionally, he organized exhibitions at galleries and other institutional venues, including the Centre George Pompidou in Paris. Before coming to Time Out, he was Assistant Art Editor at Grand Street, an arts and literary quarterly.