Ariel Levy on The Rules Do Not Apply

While writing about the adventures of maverick women—like long-distance swimmer Diana Nyad or comedian Ali Wong—Ariel Levy went on a journey of her own. At five months pregnant, she flew to Mongolia on a reporting trip and faced unimaginable loss along the way. In her new memoir—expanded from her 2013 New Yorker essay “Thanksgiving in Mongolia”—the NYC author chronicles the loss of her child, partner and expectations. Before she hits some of best bookstores in NYC to talk about The Rules Do Not Apply, we spoke to Levy.

What is the meaning of the book’s title?
The title is me thinking about the rules that my mother and her mother had to follow that didn’t apply to me. I got to invent my own life and I got to be a writer, which is what I wanted to do. I got to marry the woman I fell in love with and have the kinds of adventures I dreamed about as a girl. But when I was 38, I got on a plane to Mongolia, and when I left, I was pregnant, married and imagining that was the life I was about to have. A month later, all of that was gone.

You originally published a version of this story in 2013. Did you have a different perspective this time?
Yeah. I was no longer in agony. When you have a loss like that, initially it feels like you are in a tunnel of grief. And when you complete the active grieving process, that grief, instead of you living in it, it lives in you. You’re never going to think: oh it’s fine! Of course I wish my kid was four, which is what he would be if he had lived. But I don’t walk around grieving it anymore. It’s just something I take with me. I have no aspirations to not carry that in my heart. It’s a sad thing that I’ll carry with me always. But I don’t live in that pain anymore.

You’ve written about women who take big risks for their dreams. What attracts you to these kinds of stories?
A lot of the women I’ve written about for the New Yorker are real examples of people who refuse to let rules constrain them. Diana Nyad is a wild example of someone who just would not quit. She almost died because she was so obsessed with being the first person to swim from Cuba to Florida. And I was interested in what that obsession was. But with Ali Wong or Edie Winsor (the plaintiff in the Supreme Court case that brought down DOMA), it’s just exciting to see women who are the protagonists in their own lives. To oversimplify things, as a girl you grow up reading stories about male heroes, and that’s who I would identify with. Because what do you do? Do you want to identify with the woman who just sits behind and waits for him to come back? That’s boring. I’m trying to find stories about women who are themselves the protagonists, who are the ones doing the exceptional things and having the adventures.

Is that why you travel alone?
That’s why I do this job. That and the writing, obviously, are what made being a magazine journalist a perfect thing for me. It’s all the things I love to do. It’s putting myself in situations that are unfamiliar and exciting because they’re unknown. And writing about it. I love it.

How have women responded to your story?
I’ve gotten tons of emails from women who lost children. I’m pleased to be in conversation with those women. I think that was part of why I not only wrote “Thanksgiving in Mongolia,” but published it. It was the least effortful piece of writing I’ve ever produced. There’s not a lot of art, or writing or comedy (that’s why I like Ali Wong so much) about this experience of being a human female animal. At some point in her life almost every woman will have some drama around menstruation, pregnancy, childbirth, menopause, something in that realm will. And it’s not really written about. That’s important to do. Those are all legitimate subjects for literature. And the assumption that they aren’t or haven’t been is to the detriment of women. That’s feminism: telling those stories and saying this is not off limits. This is not somehow beyond the pale. We’re allowed to talk about these things.

The Female Chauvinist Pigs author and New Yorker writer sits down with Girls creator and star Lena Dunham to discuss her harrowing new memoir The Rules Do Not Apply.

Two of the New Yorker’s shining stars—reporter Ariel Levy and TV critic Emily Nussbaum—gather together to discuss Levy's new memoir The Rules Do Not Apply and their shared history as colleagues at New York magazine, the New Yorker and beyond. 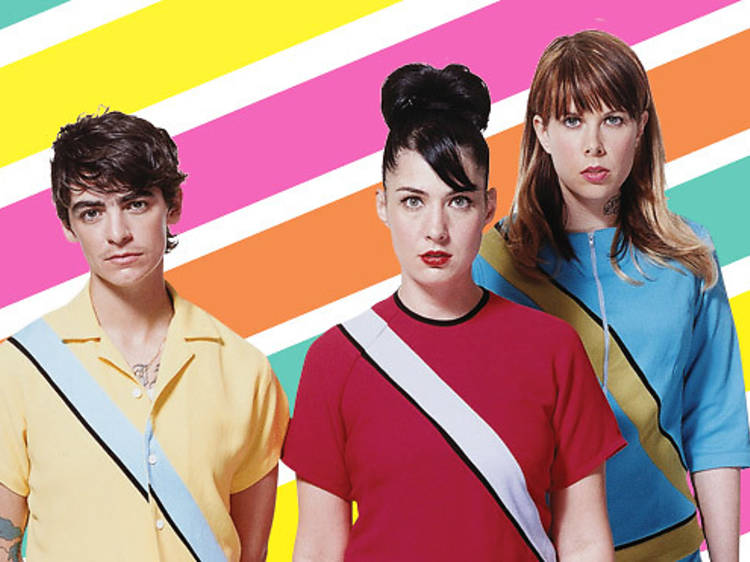 13 feminist songs for a fierce playlist

Crank up these feminist songs by powerful ladies—and, fine, a couple of gents, too—including Aretha Franklin and more