With both geek culture and burlesque looming over the mainstream like Ents over a hobbit, it’s no wonder the two have hooked up to spawn the nerdlesque scene. The past few years have seen a proliferation of pop-culture-themed shows inspired by a wide variety of geeky interests, from video games to superheroes, Dr. Seuss to Doctor Who,Star Trek to Star Wars. Here are five key players and burlesque videos of some of their finest moments. 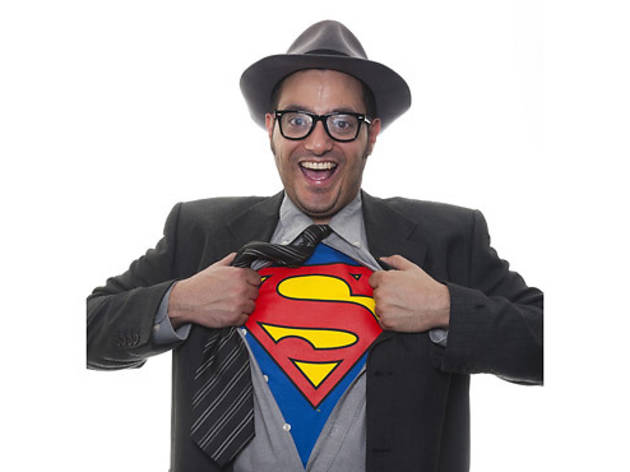 Billed as “for nerds, by nerds,” Epic Win was inspired by a joke back in 2009. “Magdalena Fox mentioned a Lara Croft number she was planning on Facebook,” remembers Lugo, who also moonlights as a magician. “I got so excited I said I’d produce a video-game burlesque night to showcase her—then suddenly [former coproducer] Schäffer the Darklord and I were doing just that.” The one-off was such a success, a troupe was born. Over the past three years, EWB has mounted shows about Ghostbusters, Batman, Harry Potter, The Lord of the Rings and the legendary Star Debate: Trek vs. Wars. This year should be a real game changer for Lugo’s baby: EWB aims to produce 42 different shows, including monthly gigs at R Bar (218 Bowery between Prince and Spring Sts; 212-334-0484, rbarnyc.com) and the Nuyorican Poets Cafe (236 E 3rd St between Aves B and C; 212-505-8183, nuyorican.org), plus the first-ever Nerdy Burlesque Festival in December. “We love putting on goofy shows for dorky people,” Lugo says. “And we’re going to keep doing it until people stop showing up.” Next event: GeekBoys Burlesque at R Bar, 218 Bowery between Prince and Spring Sts (212-334-0484, rbarnyc.com). Feb 2 at 8pm; $10.

His nerdiest numbers: Card tricks using a Magic: The Gathering deck; instead of a rabbit in a hat, pulling a 15-foot Dr. Who scarf out of a mini TARDIS. 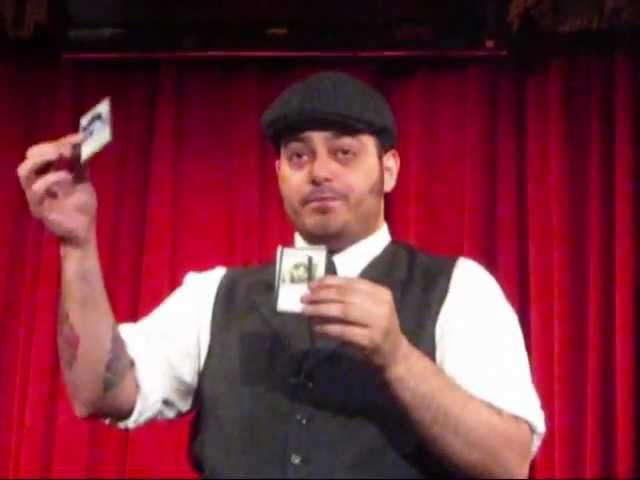 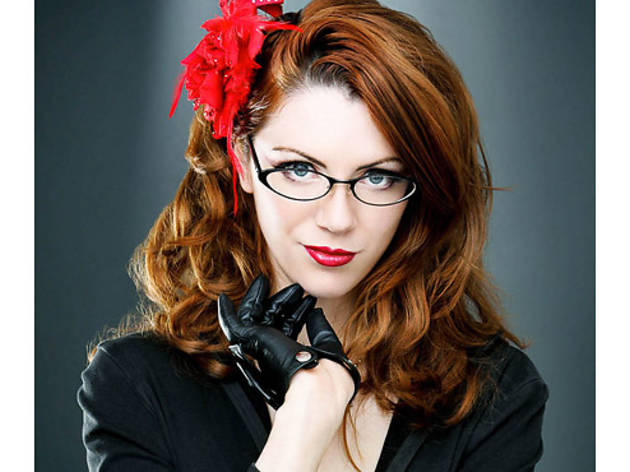 Like many neoburlesque performers, Cyn studied theater in college and came to NYC itching to get onstage. A friend suggested she look into burlesque, and Cyn was immediately smitten. “The first show I saw had Nasty Canasta, Dottie Lux, Veronica Sweet, Little Brooklyn and Schäffer the Darklord,” she says. “An incredible lineup for a geeklesquer-to-be!” From the outset, Cyn’s acts were character-based (Newsies, comic-book villains, sci-fi icons) and featured incredibly authentic outfits made with skills she learned from her mother, a professional costumer. Having performed with EWB since its inception, she was recently tapped by Lugo to replace the departing Schaffer as coproducer. Cyn, who also ran a bimonthly show, Original Cyn, isn’t surprised that nerdlesque has taken off. “I think most girls who are into burlesque are geeky in some way. It was kind of inevitable.”

Her nerdiest numbers: Slaying and stripping as the Joker; Star Trek’s Data trying out robotic moves on the holodeck. 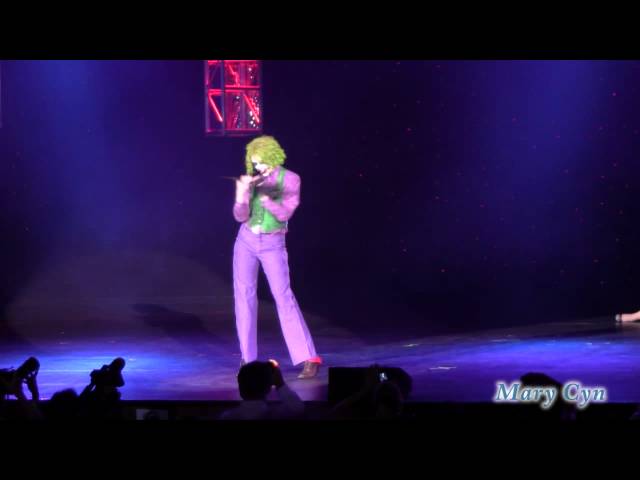 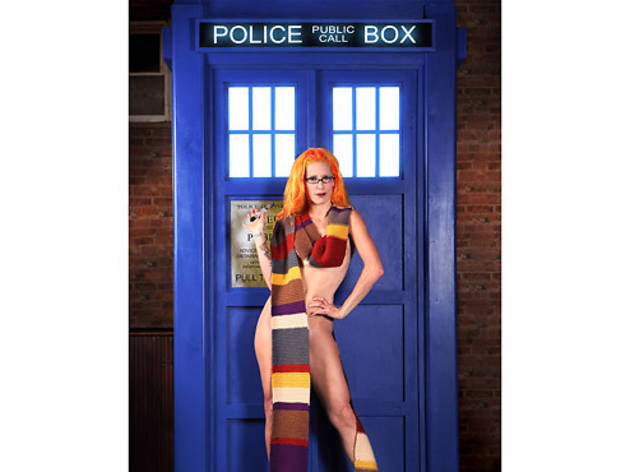 The reigning “Cheese Queen of Coney Island” is no stranger to pop culture—she calls Doctor Who’s TARDIS “the great and enduring love of my life”—but her nerdiness extends to high art: She produces the monthly nude literary salon Naked Girls Reading NYC. The veteran neoburlesque star is philosophical about the new nerdlesque sub-scene. “What does it encompass: Is it just sci-fi and comic books? What about zombies? An Abraham Lincoln burlesque number isn’t geeklesque, but an Abraham Lincoln: Vampire Hunter act is?” A sought-after performer who’s appeared in almost every major burlesque show in town, Canasta built her reputation by creating thoughtful acts that include gorgeous costumes and clever narratives. She calls nerdlesque “an entire subgenre based on other people’s ideas. To me the most successful and inspiring performers are ones who draw inspiration from specific sources, but transcend those references and transform them into something new, unexpected and very much their own.” Next event: Naked Girls Reading, UNDER St. Marks, 94 St. Marks Pl between First Ave and Ave A (212-777-6088, horsetrade.info/infounderstmarks.html).Wed 16 at 9pm; $20.

Her nerdiest numbers: Flash Gordon (based on the 1980 film, of course), Poison Ivy from Batman and multiple Doctor Who numbers. 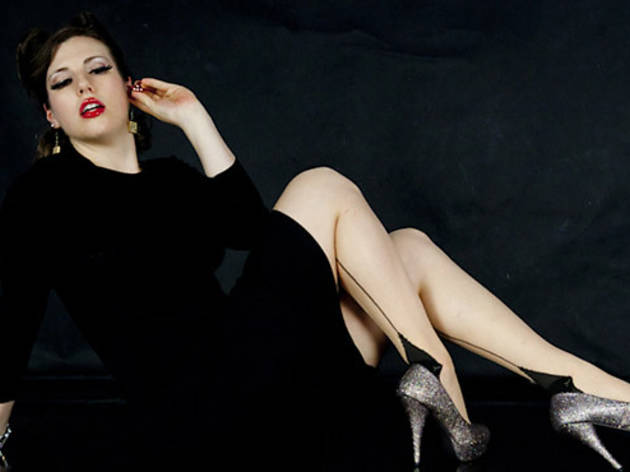 Although Keister admits there was already a lot of nerdlesque on the boards, she founded her troupe in 2011 to satisfy the RPG and gamer crowds. “As far as I know, we’re the only gaming and gamer-culture based burlesque troupe in the world,” she says. Certainly, D20’s themes aren’t as mainstream as the latest movie blockbuster. Past shows have centered on board games, Internet memes and old-school video games, as well as zombies and horror writer H.P. Lovecraft. The feisty Keister says her acts are often “so weirdly nerdy” they don’t fit in at traditional burlesque revues. “D20 gives our fans a special and safe space to nerd out.” Next event: Parkside Lounge, 317 E Houston St at Attorney St (212-673-6270, parksidelounge.net). Sat 19 at 9:30, 11:30pm; $10–$15. 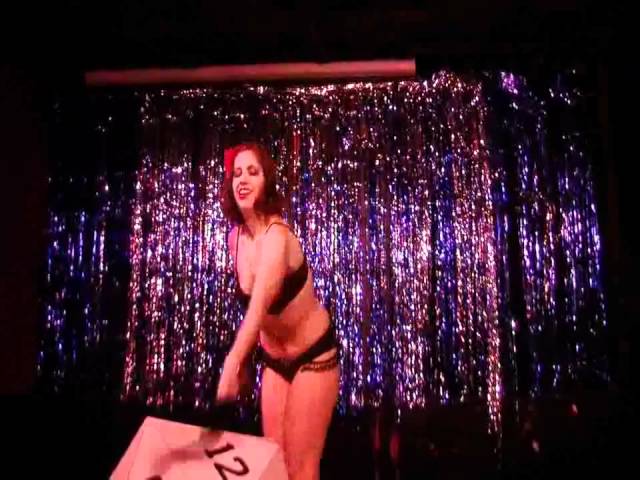 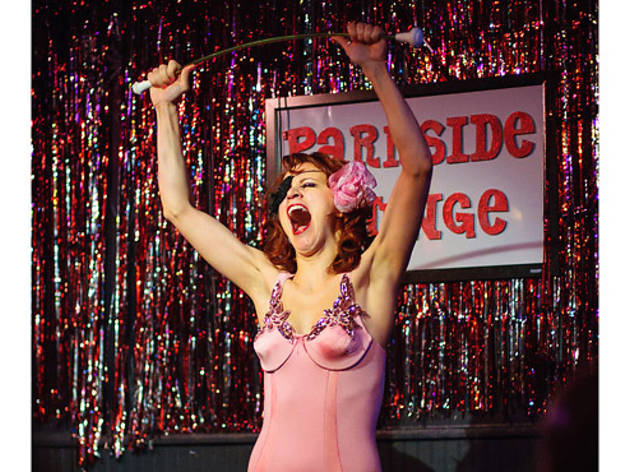 An alum of the New York School of Burlesque, the singer-dancer—who also trained at the Upright Citizens Brigade Theatre—injects plenty of humor into her “silly and nerdy” performances. She embodies both of those qualities in her Pink Room burlesque revues, each one dedicated to a different project by odd-teur David Lynch. “Over the past two years, we’ve covered everything from Twin Peaks to Blue Velvet to Lost Highway to Mulholland Drive,” she says. “Our shows are really a combination of nerdlesque and dark cabaret, kind of hard to define” (not unlike Lynch’s oeuvre). Next up for the Pink Room: The second annual Miss Twin Peaks Pageant on Saturday, January 26 at Parkside Lounge. Later this year, Francine plans to launch Take Back the ’80s Burlesque, commemorating an era that she believes birthed the nerd movement: “That’s when the era of the nerd began!” Next event: Miss Twin Peaks Pageant, Parkside Lounge, 317 E Houston St at Attorney St (212-673-6270, parksidelounge.net). Jan 26 at 11pm; $20, advance $15.

Her nerdiest numbers: Crazy, eye-patch-wearing Nadine Hurley from Twin Peaks trying out for the high-school wrestling team; Agent Scully from The X-Files showing her sexy side.

Francine - X-Files from Francine "The Lucid Dream" on Vimeo.