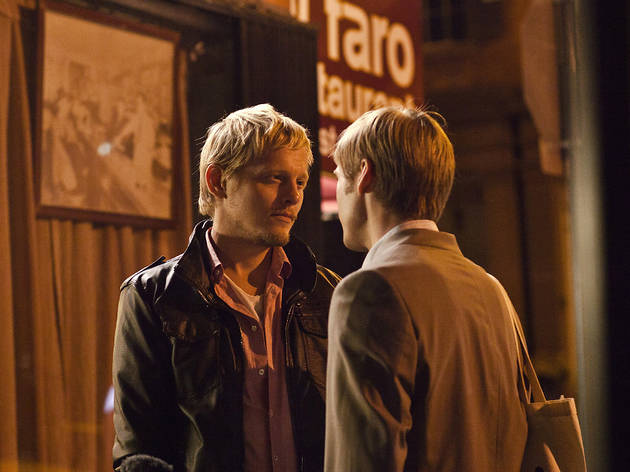 ‘Keep the Lights On’ opens with a guy-on-guy phone-sex hook-up in 1998 Manhattan, and its direct, intimate attitude to examining couplings continues from there as it studies a troubled, eight-year, on-off gay relationship. Erik (Thure Lindhardt) is a filmmaker and a dreamy soul, while his partner, Paul (Zachary Booth, playing an alter ego of a former partner of writer-director Ira Sachs), is a publisher with barely disguised edges and hang-ups that soon make themselves known. Physically, the two connect, but Paul’s drug habit comes with a fear of commitment and an instinct to cheat or disappear.The way Sachs examines a relationship over a few years recalls Bergman’s ‘Scenes from a Marriage’ (1973), while the fictionalisation of his life, with deliberate distancing decisions (such as Erik being Dutch; Sachs is from Memphis) brings to mind the work of Mia Hansen-Løve. This is a cool, interior work (emotionally and literally – Sachs delights in half-lit, moody rooms), and we share the distance Erik experiences between him and Paul, who remains a mystery. This is a painful drama, but its pain is more studied than emotive, and it demands that we think just as much as it makes us feel. 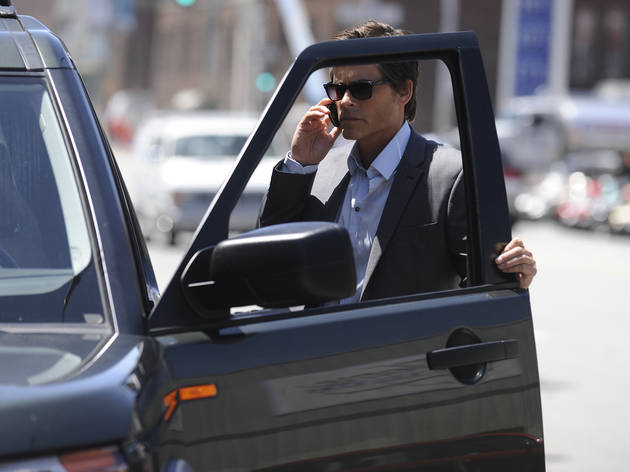 Thanks to his pitch-perfect portrayal of Parks and Recreation’s Type A–personality-run-amuck boss, we’re willing to forgive Rob Lowe for virtually anything. This pitiful excuse for a political satire, however, seriously tests that theory: Not even the actor’s facility for playing go-getters can enliven a script that forces his campaign spin doctor to engage in lazy cynical posturing one second and didactic ethical conversations with his young assistant (Jamie Chung) the next. Everyone from Eric McCormack’s caricature of a Southern candidate to Julie Bowen’s celebrity newscaster are simply straw men for writer-director Bill Guttentag’s argument that elections are a dirty business—a point that’s been made far more sharply in every other movie of this ilk. Follow David Fear on Twitter: @davidlfear 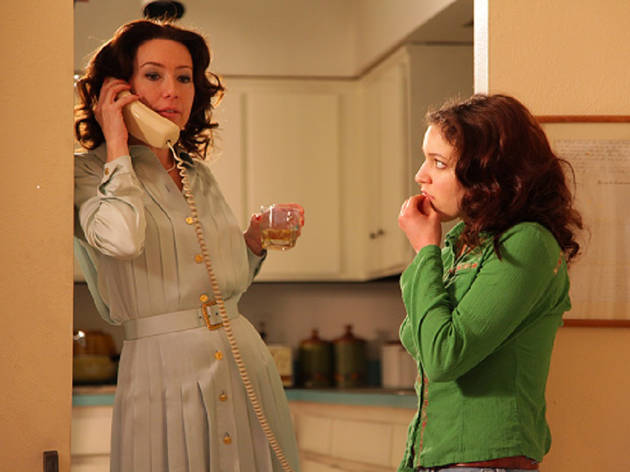 Not so subtly set on the Friday after Patty Hearst’s 1975 arrest, this suburban kids-aren’t-all-right drama shows a quartet of intense siblings sharing horror stories by candlelight, the eldest (Olivia Harris, particularly affecting) later losing her virginity in the family garage. All four are acting out in a parentless vacuum, with irresponsible adults John Hawkes and Molly Parker making their presence known mainly via the full ashtrays they leave behind. The precedent for a movie like this is Ang Lee’s bruised The Ice Storm, but whereas that film sprung from a novel that burns with indictment, Julia Dyer’s effort—scripted by her late sister, Gretchen—is a more open-ended affair and slightly unsatisfying for it. Follow Joshua Rothkopf on Twitter: @joshrothkopf 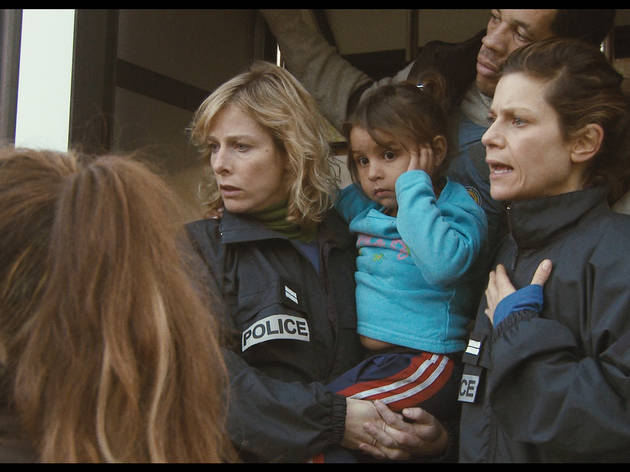 A policeman’s lot is not a happy one: Consider the flatfoots assigned to Paris’s Child Protection Unit, where the daily grind consists of processing a steady stream of child molesters and abusive parents, while also attending to the fragile emotional needs of victims barely into their teens. The job wears down patience and spirit, and tensions are consistently high. More than most of his colleagues, the self-righteous Fred (Joey Starr) seems primed to start a shouting match with anyone in sight, be it his take-no-shit spouse or the shy photographer (cowriter-director Maïwenn) who’s been sent to document the division’s exploits. If there’s one thing this Cannes-feted drama portrays incisively, it’s the porousness of the characters’ existence: Work bleeds into life and life into work, wreaking havoc on their respective moral compasses. The rest is overly familiar for any cop-fiction obsessive, yet still frequently compelling: Jittery digital cinematography slathers a patina of “real” onto the reel (there’s a gaspworthy moment when a mother on the run drops her baby), and the plot is overstuffed with enough incident—higher-up corruption! office catfight! abortion!—to fill out a three-season television series. Unfortunate, then, that Polisse builds to one of the most hilariously misguided climaxes ever conceived; let’s just say that this soapy symphony of squalor literally doesn’t stick the landing. Follow Keith Uhlich on Twitter: @keithuhlich 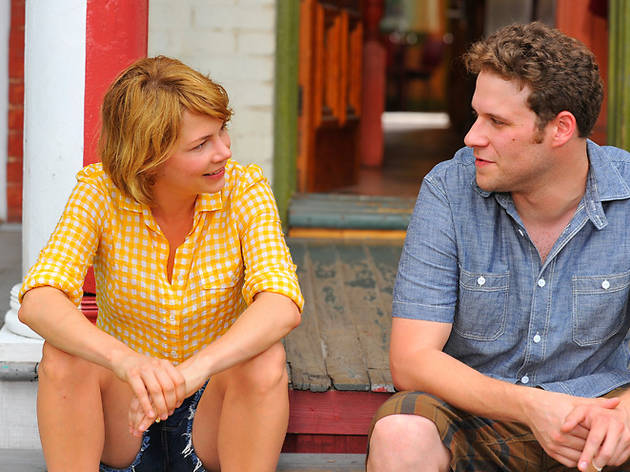 Freelance writer Margot (Michelle Williams) meets bewitching artist Daniel (Luke Kirby) at a Nova Scotia living museum, where he eggs her on to whip the town “adulterer.” (She is not amused.) Then they just happen to sit next to each other on the flight home, where they make semisuggestive small talk. But only after they share a cab back to Margot’s suburban Toronto neighborhood do they realize, coincidence of coincidences, that they live across the street from each other. Clearly, the universe is trying to tell them something, but there’s one fairly major stumbling block: Margot is five-years married—happily, she thinks—to cookbook author Lou (Seth Rogen). A lesser film might have quickly plopped Margot and Daniel into bed, while turning Lou into a comic-figure cuckold. But writer-director Sarah Polley, following up her acclaimed 2006 feature, Away from Her, favors a much more sensitive and measured approach to charting Margot’s slow recognition that her affections lie elsewhere. There’s so much that’s right about the film: the Altman-like hustle and bustle of its party scenes, a ravishingly erotic “what I’d do to you in bed” monologue, the most pathos-infused use of “Video Killed the Radio Star” ever. Yet Polley’s dialogue is often unbearably clumsy—Margot admits to having problems making “connections” (she means airplane connections… No, really). And the troubling turns the story takes, which are meant as a rebuke to happily-ever-after stereotypes, are much more interestin 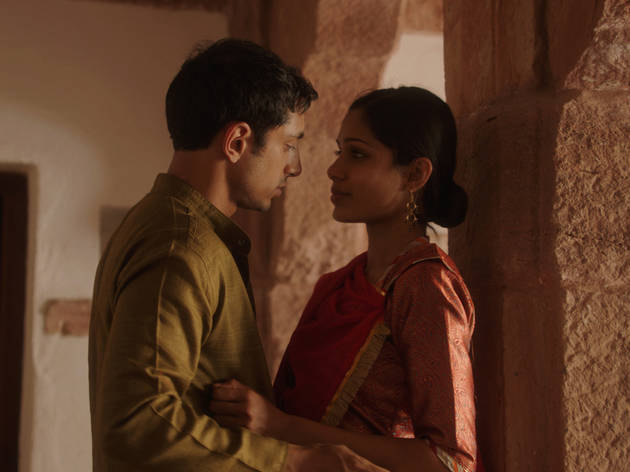 The speediness that often leads Michael Winterbottom to forge a quicksilver cinema that no one else can touch (perfect example: last year’s dazzling The Trip) also has a way of leeching depth from his more ambitious script choices. Trishna is the director’s third go-around adapting the work of novelist Thomas Hardy, but unlike his fierce Jude (1996) and The Claim (2000), Winterbottom’s reconfigured Tess of the d’Urbervilles suffers from a strange emotional remoteness—even as the vivid colors of a modernizing northwestern India leap off the screen. Don’t blame Slumdog Millionaire’s Freida Pinto, gorgeous and blank as ever; her Trishna, romanced by relocating British businessman Jay (Riz Ahmed), might have benefitted from an actor a touch more earthly, but the character is goddessy to begin with. Rather, the diffidence here is ingrained in the pacing and plot: Winterbottom hardly seems roused by the forbidden affair, and even a Bollywood-style dance number feels halfhearted. Sumptuous on the surface, Trishna is also infused with bumping, atmospheric music—contributions come from Amit Trivedi, as well as Wong Kar-wai’s In the Mood for Love composer Shigeru Umebayashi—but the plot complexifies into a lax, autopiloted mess. Winterbottom’s risks are welcome; it may be time, though, to invest more heart instead of head. Follow Joshua Rothkopf on Twitter: @joshrothkopf 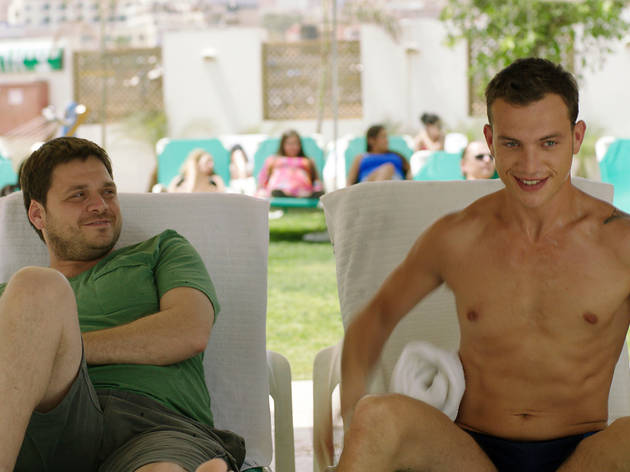 In 2002, Eytan Fox made ‘Yossi and Jagger’, a slight but powerful story about the love affair between two male Israeli conscripts out in the field. A decade on, Fox and actor Ohad Knoller return to pick up the story in this moving sequel. The title’s subtle suggestion of absence is typical of the film’s low-key tone: now a doctor, Yossi lives in a kind of lonely, semi-closeted limbo, marked by unsatisfying interactions with colleagues and longing for his lost love – feelings that are given a new edge by an encounter with a group of young conscripts. Fox recognises the changes in regard to LGBT issues that Israeli society has undergone even as his protagonist has remained stuck, but Knoller’s superbly underplayed performance ensures that Yossi’s sad-sack tendencies aren’t allowed to alienate him from our affections.