Gay bars in Queens: where to party in Jackson Heights

Gay bars in Queens tend to be outside the gipster strongholds of Astoria and Long Island City (those gays are close enough to Manhattan that they're willing to commute for nightlife). Queens' gay bars are concentrated slightly further out, in the racially and culturally diverse neighborhood of Jackson Heights. The fact that Manhattan is kind-of a schlep from here has led not just to longevity for a couple bars, but to a fully thriving  scene centered on Roosevelt Avenue.

The bars here have more glaring similarities than differences: all have hookah service and a standard $6 Corona. They all offer birthday celebrations, providing freebies often including a cake, invitations, plates and flatware—sometimes even a bottle of bubbly—as long as you bring along all your friends and family. There are no intimidating dress codes or door policies, and the standard soundtrack is Latin dance-pop at varying degrees of electronic remixing. There’s also an extremely friendly vibe, and visiting Manhattanites will appreciate a lack of pretention found in many bars in "the city."

Recommended: Essential Things to do in Queens 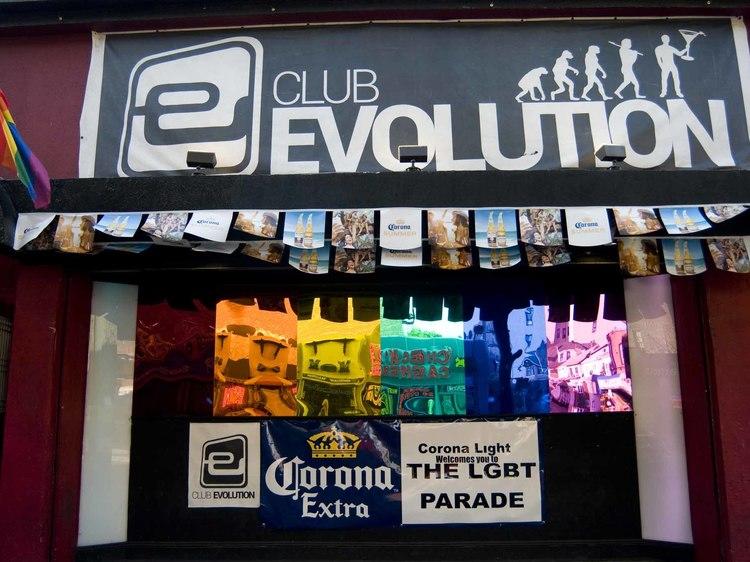 Evolution offers 360-degree bar access, nightly drink specials, three drag shows a week, parties like Saturday’s red carpet or “Lunes Picantes” (a Mexican night featuring $5 well drinks) and the most youthful crowd on Roosevelt Ave—the Christopher Street of Queens. This is where all the cute young things come to learn how to party under instruction of drag queens and a crew of bartending go-go boys whose uniforms consist of baseball caps, jeans and whistles around their necks. Occasionally the pool table gives way to create a secluded lounge for private parties and events. 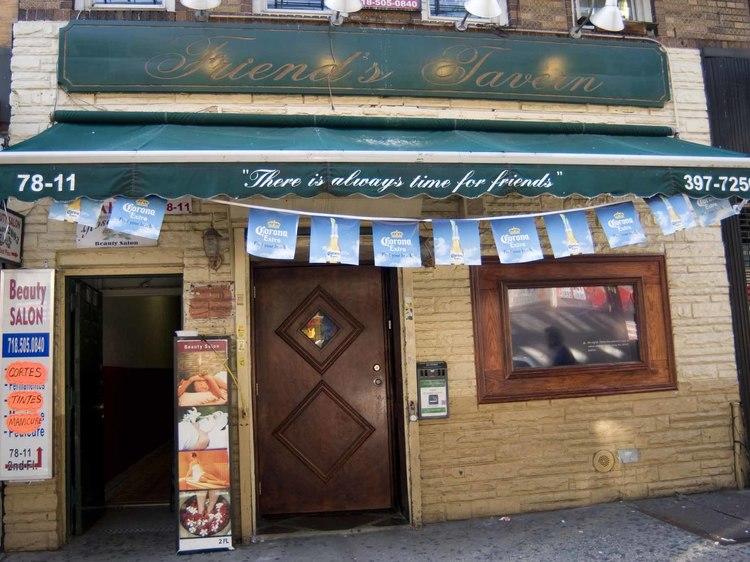 Despite the loud and percussion-heavy Latin house music and teeming, elevated dance floor, this bar seems the most conducive to conversation, perhaps due to Friend’s distinct lack of huge wall-mounted televisions (a comon feature in gay bars in NYC) drawing the attention of the revelers. There’s a laid-back atmosphere here that cranks up the cruise factor at happy hour (daily 4-9pm) and is a refreshing alternative to Manhattan’s notoriously bitchy bar ‘tudes. The bartenders here are the brawnier, older versions of the tatted twinks at Friend's sister club Evolution. 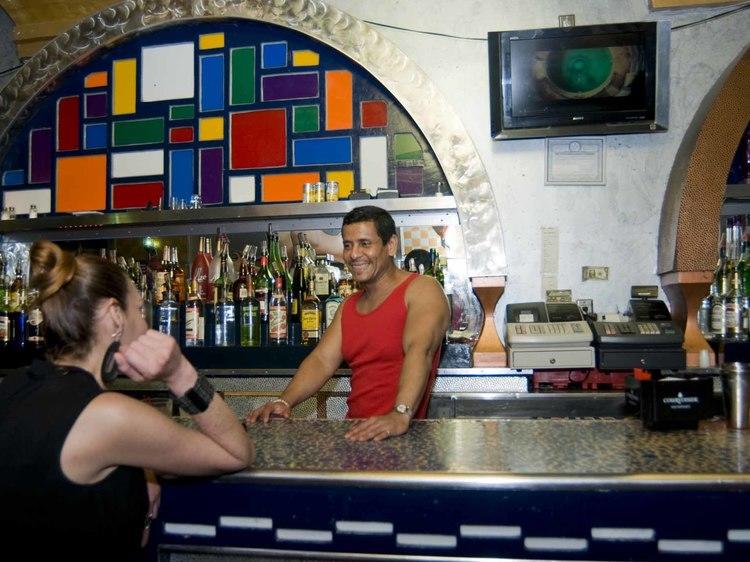 A long and narrow dance hall dressed resembling Babylon from Queer as Folk, Hombres has a more Manhattan vibe than the other gay bars on the Jackson Heights strip. Nightly $3 tequila/vodka shots and $4 frozen margaritas (and near-nude Latino go-go boys atop the bar) keep the young and beautiful coming back, with the crowd overflowing the sweaty dance floor and spilling out into the street. A downstairs lounge is only open for private events, so if you’re not lucky enough to snag one of the few barstools, you may as well dance all night. Hombres is something of a destination for Long Islanders and Connecticut gays, perhaps thanks to the ample on-street parking just outside. 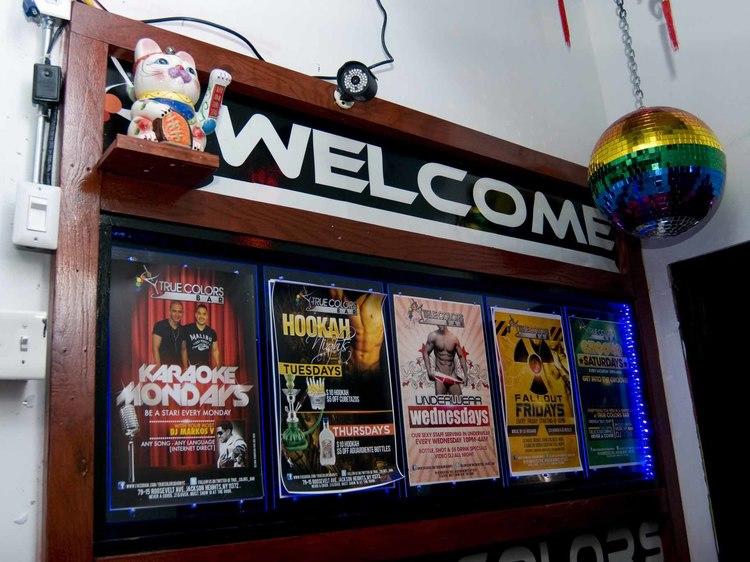 With its ironically decorated black and white interior relying heavily on drapery and paper lanterns, the only actual colors here are of pulsating laser lights flashing to the beats of the salsa, merengue, cumbia, reggaeton and Top 40. The crowd skews a little older during happy hour, but late nights (especially Fridays and Saturdays) see no shortage of the younger set, from jeans and tee shirts to suits and ties. Check out Underwear Wednesdays for half-off cubetazos (beer buckets) and nearly everything off the staff.

The bartenders here nearly constitute a Men of Latin America calendar, hailing from El Salvador, Mexico, Colombia and Puerto Rico. But none is charming as Nuyorican lavatory attendant Angel, doling out breath mints and sprays of Axe and Bora Bora to (mostly Latino) partiers of all ages as they return to the faux-foggy, laser-lit dancefloor where DJs hold court from a suspended booth above. Drag queens abound in equal measure to the machos—along with everyone in between—in this club known for nearly 20 years by locals as “La Casa de Todos.” Watch your step on the way out.