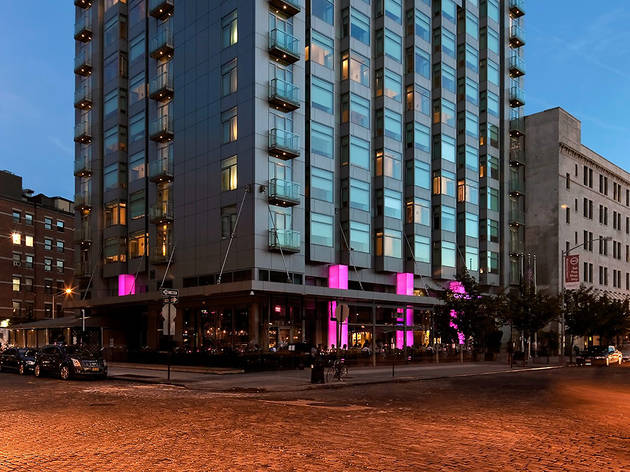 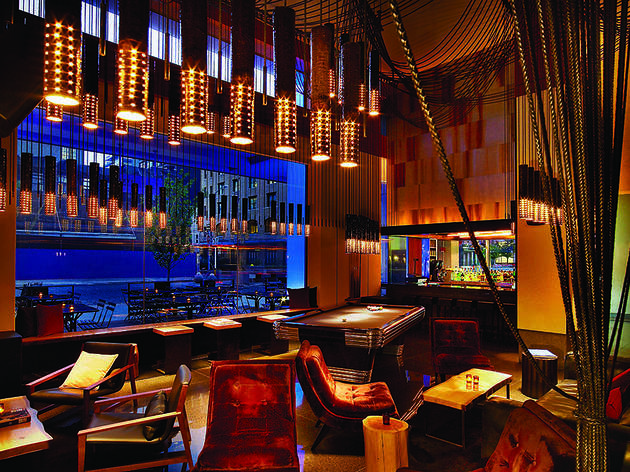 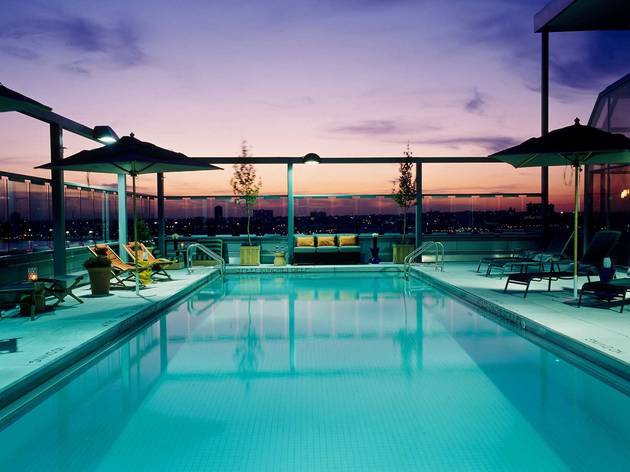 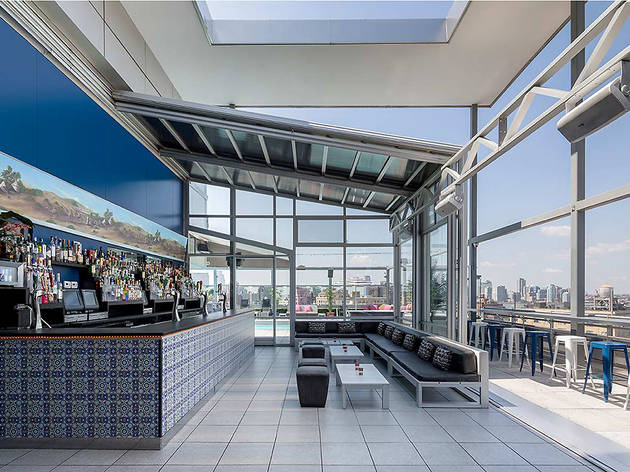 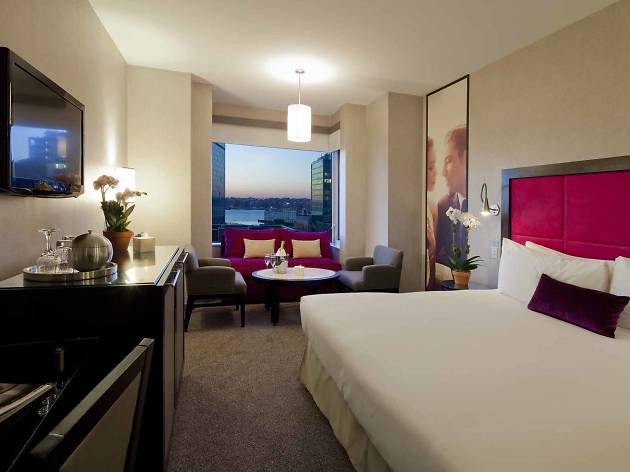 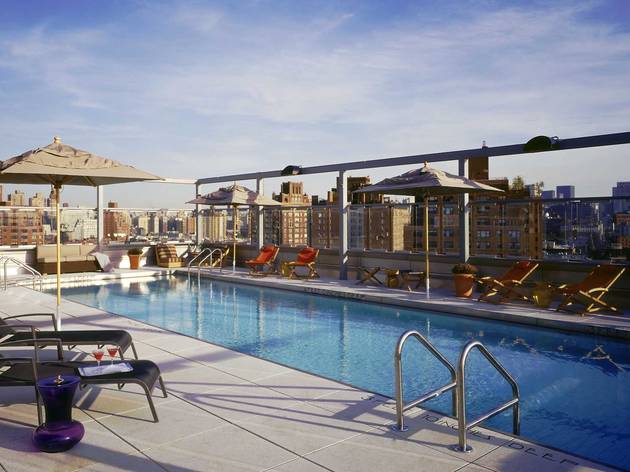 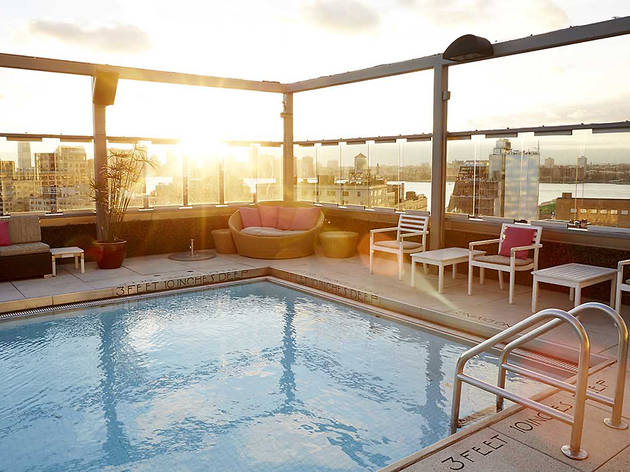 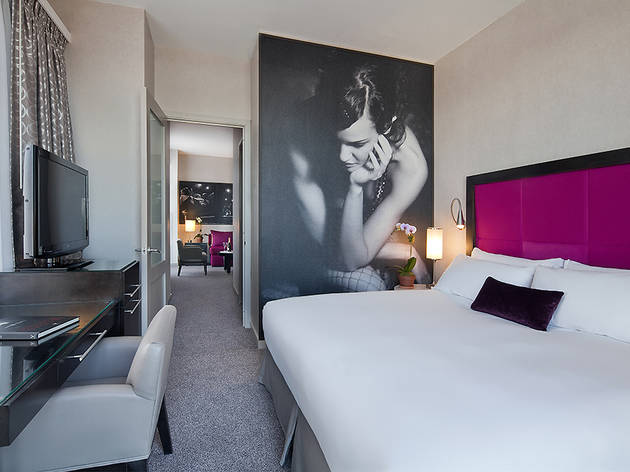 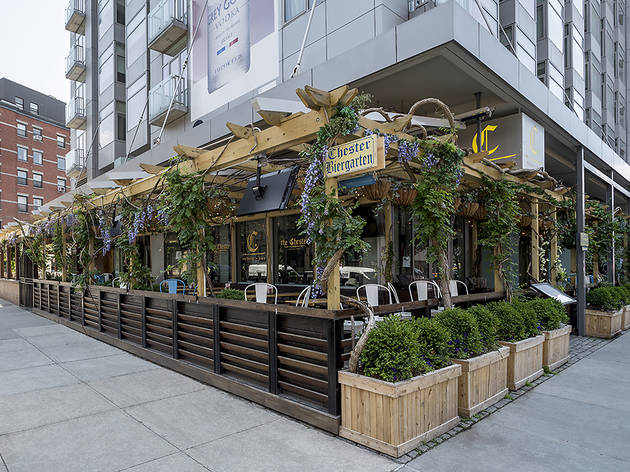 The first thing you notice when approaching the Hotel Gansevoort Meatpacking District is the location: smack dab in the middle of the MePa. Having opened its doors in 2004 when the area started becoming the chic destination for city partygoers that it is today, the hotel is the centerpiece of the neighborhood, the timeless dame of an ever-changing and evolving nabe. The lobby has a sleek design (come to think of it everything about a Gansevoort property screams sleek), adorned with floor-to-ceiling leather ropes that create a canopy, red suede and black leather chairs and a pool table in the middle of the seating area—the perfect scene for a hotel you’d already assume would be bustling. And it is.

Like the Park Avenue South locale, the minimal and modern décor in the rooms are off-set by the colorful and vibrant photographs and paintings on the walls. The main focus of the hotel though—and by focus I mean the part of the hotel that is a must-see for any visitor—is the Plunge Rooftop Bar + Lounge, where you will find the 45-foot heated outdoor pool open year-round. The indoor loft has 20-foot ceilings with 360-degree views of the city, perfect for that nighttime drink and dip in the water. The ground level boasts Chester, an American eatery with al fresco dining to people watch all day and all night long (if need be and we highly recommend it). With a valet service, fully-equipped gym, pet program, even a Prieto Select hair studio and Exhale Spa situated right in the hotel, you might not have a reason to leave the premise.

The Hotel Gansevoort Meatpacking is located on the cobblestone corner of Ninth Avenue and 13th Street, blocks away from the West Side Highway and an extremely short walk from the A, C, E, and L subways at 14th Street and Eighth Avenue. Because the MePa isn’t that large, you have the advantage of taking a leisurely scenic stroll to the bordering neighborhoods of Chelsea and the West Village.

TIME OUT TIP: The hotel is blocks away from the Hudson River, the High Line, the Whitney Museum of Art and Chelsea Market so your to-do list will never be empty. Throw in a plethora of shops and boutiques like Diane von Furstenberg, Rag & Bone, Christian Louboutin and Theory and, well, your shopping is taken care of. Scenester restaurants dot the landscape surrounding the hotel, with Team Torrisi’s (Carbone fame) Italian eatery Santina just a stone’s throw away next to the Whitney on Washington Street. But for a true hidden gem head south to the Black Derby, a cute bistro nestled downstairs on West Fourth near West 12th Street. Dimly lit and adorned with—black derbies—make sure to check out their signature namesake dessert, The Black Derby, a molasses and grapefruit doughnut with bourbon gelato and dark chocolate fudge. And yes it sounds as good as it tastes.