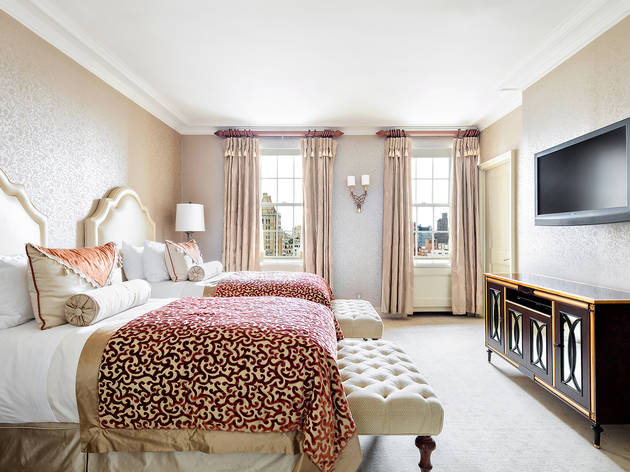 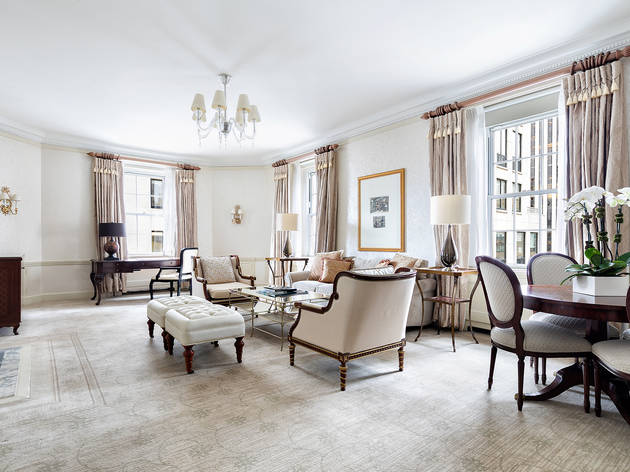 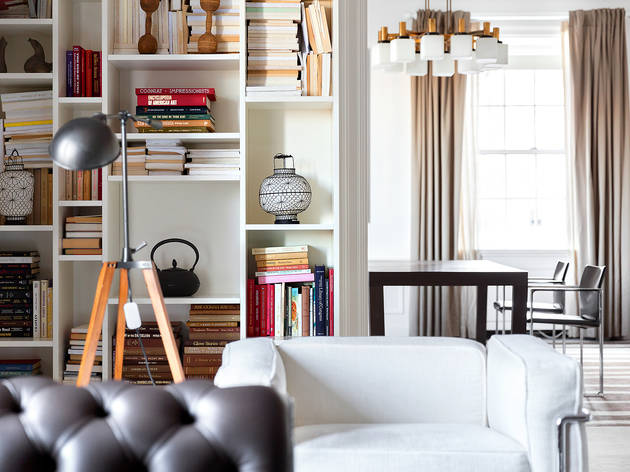 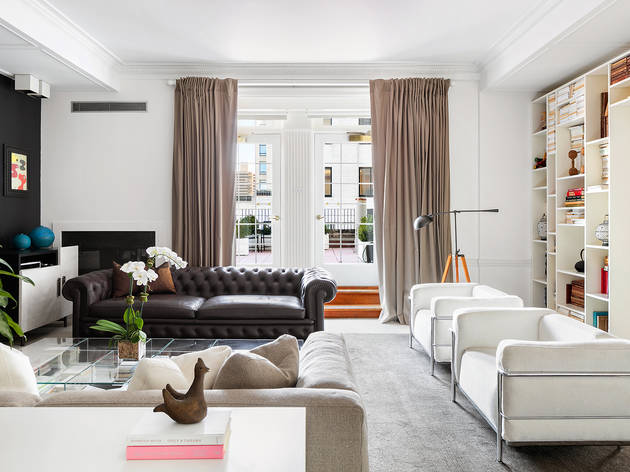 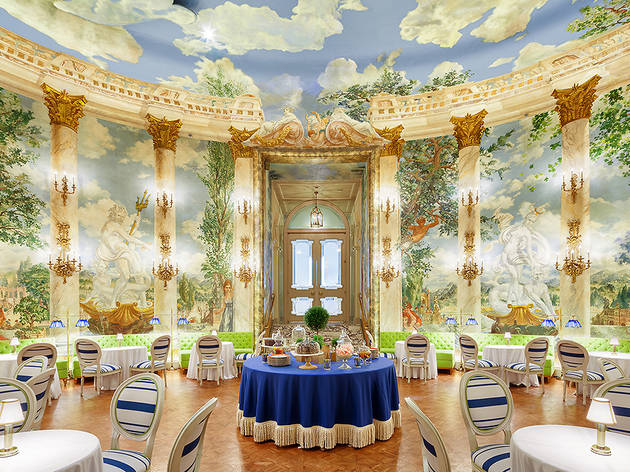 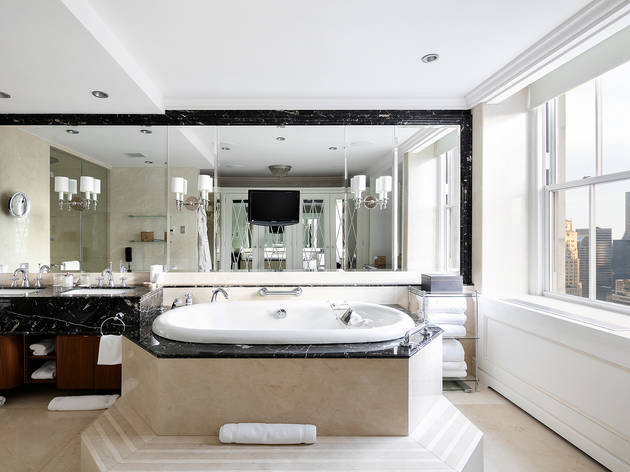 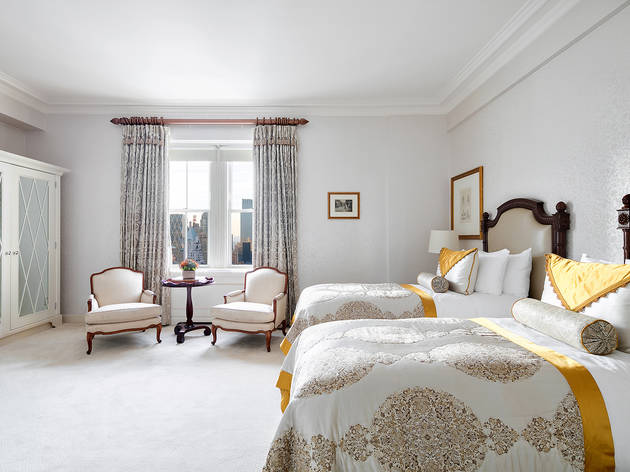 “If it ain’t broke, don’t fix it.” The phrase might be a little crude, especially referring to The Pierre, but in this case, nothing seems more fitting. Sure, they might have recently spruced up the Rotunda and newly-added Perrine, but the old-world charm shines through.

The classic, five-star hotel sits right on the southeastern edge of Central Park, on Fifth Avenue and 61st Street. While it might not have the grandest lobby or the showiest decor, the understated elegance in its 1930s bones is hard to resist. And when I trundled in off the subway, burdened with over-sized Uniqlo and Flying Tiger plastic bags in my elbow creases, the staff didn’t turn up their noses or act surprised when I asked where check-in was. During the speedy process, they implored me to take chocolates (milk and dark) and promptly handed me the keys to my room, adding, “You’ll have a great view of Central Park in the snow.”

Before you make it to your room to scope out that view, white-gloved attendants ride the elevator up with you, pressing the button to your floor, lest you soil your delicate hands.

Opened in 1930, none of the decor really feels new or modern or fresh, but that’s part of the allure. The hallways are tastefully lined with cream and gold trimming, with a total of 189 rooms, 49 of which are suites. There isn’t a spa in the hotel, but there is a 24-hour fitness center along with 24-hour laundry and car services.

The room I was given was outfitted with a king-size bed with a golden, tufted headboard, one window overlooking Central Park, and another over the desk facing due east, two plush armchairs, and a bathroom that’s bigger than my downtown bedroom (also with a window overlooking the park), and a flat screen TV and two sinks. The colorful toiletries were Etro Rajasthan, and had sweet, floral notes.

Once I was settled for an hour or so, housekeeping came by to drop off complimentary water bottles and a NYC chocolate display, complete with a fondant subway sign, a mini sculpture of the Empire State Building, macarons and dark truffles, and a personalized note thanking me for my stay.

The hotel’s restaurant, Perrine, is a hidden gem. Opened in the summer of 2016, with a focus on simply-prepared dishes, the menu is filled with options like black sea bass in a seafood broth, grilled filet mignon with carrot puree. A dinner meal starts off with warm fresh focaccia, salty and buttery and light on the rosemary. The appetizer of the crab flatbread is a major standout-- the fresh lemon softens the creamy texture of the shredded crab and cheese, with the “gooeyness” offset by the slightly burnt taste of the naan baked in an original Indian oven. The Dover sole entree is simply cooked, with finely chopped tomatoes and capers on top and spinach on the side to give it a savory bite. The Perrine’s decor could use some sprucing up, for a newly opened restaurant, the striped carpeting, office-looking chairs and long, thin layout felt a little dated.

But this offense we can easily forgive. After all, dated is what The Pierre does best.

TIME OUT TIP: The Rotunda on the ground level is the room that The Pierre is most well-known for. The curved walls and grandiose murals, painted by Edward Melcarth in 1976, make the room feel like it was plucked straight from a rococo fairytale setting. It was newly renovated by Daniel Romualdez to include a full bar and light snacks in the afternoon and evening.