Let’s hope the seismic waves triggered by #MeToo and #TimesUp result in serious, lasting change—the kind that marks one generation from the next. In the meantime, we’re inspired. We're furious. And we want to watch the best feminist movies of all time. From Oscar-winning classics like Norma Rae and Thelma & Louise to ferocious action movies like Foxy Brown and Kill Bill, we've packed decades of empowerment into our list, along with the landmark accomplishments of women directors, women screenwriters and women documentarians. A promise: If you watch all of these films—and take your time, because they’re all worth savoring—you’ll become a better person, more aware of the distance we’ve come and how far we still have to go. 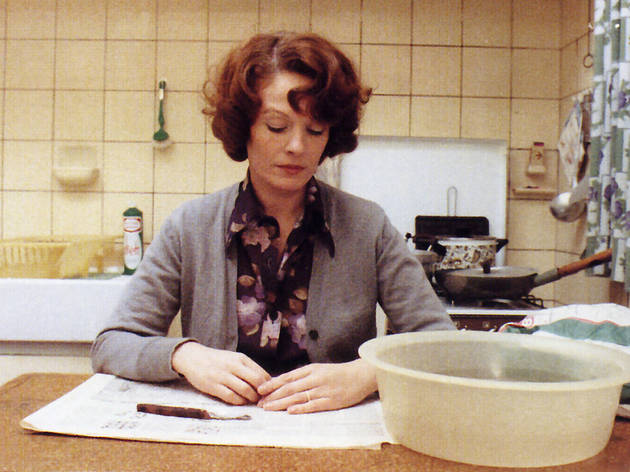 Among the greatest films ever made, Chantal Akerman's nearly three-and-a-half-hour masterpiece (not a second overlong) puts a widowed housewife, stuck in a mundane life and made invisible by social order, front and center. In this searing homage to nameless mothers and homemakers everywhere (including her own), Akerman creates the cinematic equivalent of a hypnotic metronome as she meticulously presents Jeanne (Delphine Seyrig) and her checklist of tasks—cooking, cleaning, shopping, parenting and, with a shock, sex work—to make ends meet over the course of three suffocating days. Thanks to Akerman's rhythmic discipline, each of Jeanne's slightly out-of-the-ordinary acts land with a disturbing thud as they grow in number and tip the banal domestic balance, eventually driving her to cold-blooded murder. Groundbreaking in its unblinking, real-time portrayal of unglamorous house chores as a means of validating female frustration, Jeanne Dielman's feminist resonance is cemented in perpetuity.—Tomris Laffly

It's depressing that a 78-year-old comedy offers a more hopeful depiction of workplace gender relations than most movies today. Rosalind Russell's Hildy Johnson is a star news reporter with a soaring career and unrivaled professional respect. Her mostly male peers treat her with wary deference while her boss and ex-husband (Cary Grant's Walter Burns) engineers a byzantine plot to win back her love and—not so incidentally—her byline. After all, while Walter claims to have taught her everything she knows, Hildy is a woman who has always had the gumption, self-belief and tenacity to do whatever she wants. Her ability to listen better than her bullish peers, to offer sympathy and warm confidence, is the key to her scoops, though she can also get down and dirty with the lowest of muckrakers to land a story. Her relationship with Walter is based on being smarter, funnier and more quick-witted than anyone else, and that's a feminist's dream front-page headline.—Helen O'Hara 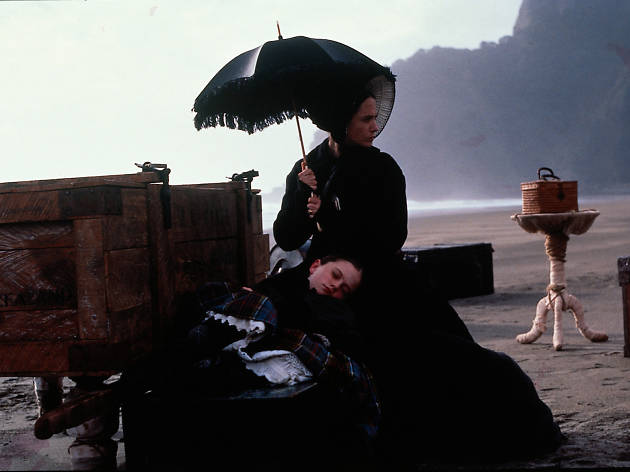 Jane Campion awakened a generation of female filmmakers with movies about women that were too wild, too difficult, too rebellious for societies that stifled their independence. Her best and most loved film is this one, starring Holly Hunter as Ada, a mute pianist living in 19th-century Scotland who is married off to a man she’s never met in New Zealand (Sam Neill). After her husband refuses to lug her instrument up from the beach to his house, Ada exchanges sexual favors with a local ex-sailor (Harvey Keitel) to get it back, key by key. But Ada is no victim. The Piano explores eroticism and fetishism through a female gaze. And like all Campion’s female protagonists, Ada is thrillingly complicated and contradictory. The movie garnered acclaim and awards, including Cannes' Palme d’Or and three Oscars. Grim statistic alert: Campion was only the second woman in history to be nominated for Best Director by the Academy. She lost to Steven Spielberg but her film is an all-time winner.—Cath Clarke 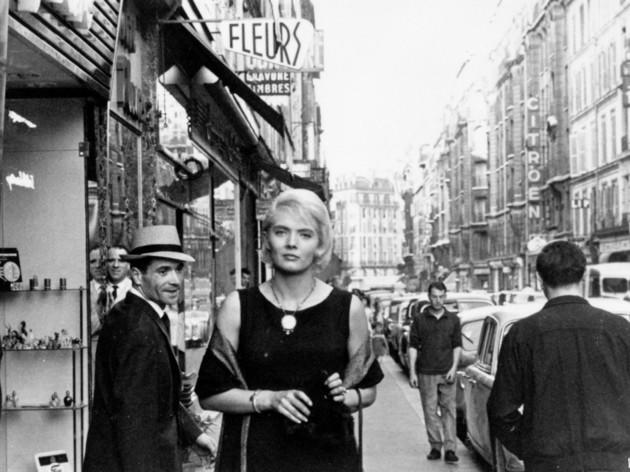 France's Agnès Varda has long been a feminist film icon, and it's heartening to see her still making movies well into her eighties (including the recent Faces Places). The work for which she is best known, Cléo from 5 to 7, is a sensitive, deceptively simple portrait of womanhood. Corinne Marchand plays Cléo, a young singer awaiting the results of a serious medical test during the title's evening time frame. Over the course of the plot, we aren't subjected to over-the-top melodrama but rather, are immersed in Cléo's psyche. We see how she defines herself, frequently gazing into mirrors and contemplating her beauty (and confronting her nerves), and feel some of the struggles she endures in dealing with men who don't take her seriously. Varda's style is intimate, allowing us to get to know this person in real time. The decision to show a woman considering her own mortality—without judgement or excessive emotion—is an inherently political one, and Varda executes it beautifully.—Abbey Bender 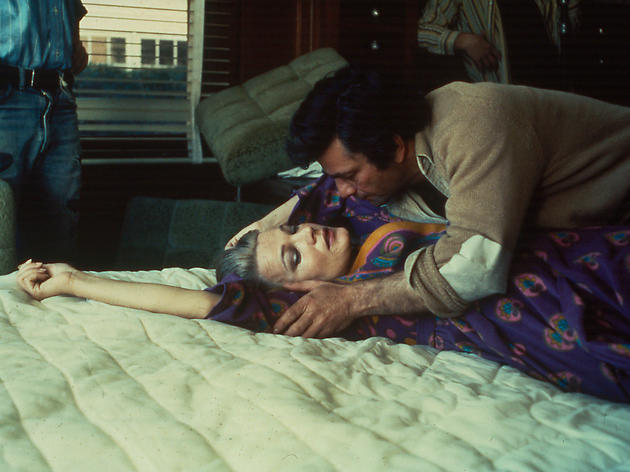 The phrase "strong female character" only gets you so far. What about the women who suffer mental-health problems, who are fragile or flawed, unable to cope? In A Woman Under the Influence Gena Rowlands gives one of the movies' fiercest performances as Mabel, a housewife married to a construction worker (Peter Falk). Mabel tries hard to keep it together, but she's drinking and on the edge. Directed by Rowlands’ husband, the indie legend John Cassavetes, this is a film about a person who is unwell, verging on breakdown. But it’s also one about the roles of Italian-American stay-at-home moms in 1970s Los Angeles. Mabel has been ignored, her spirit broken. It’s a tribute to the realness of the film and Rowlands’s three-dimensional portrait that you end up wondering: What kind of life did Mabel dream of, this quirky woman who ended up in a one-bedroom apartment full of kids and no room to breathe?—Cath Clarke 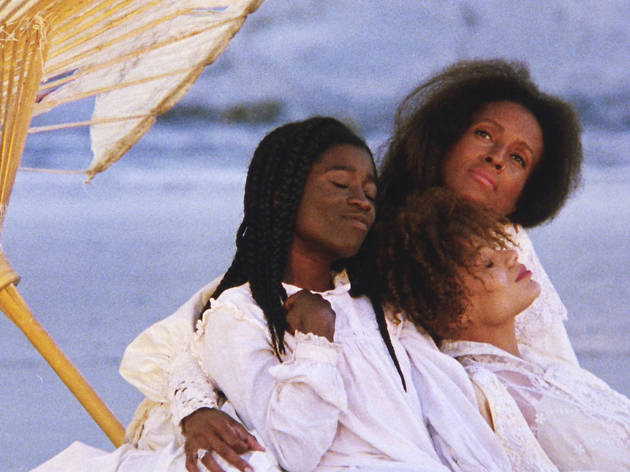 A film unlike anything you've seen (or will see), Julie Dash's rapturous feature debut is set at a moment of wrenching cultural crisis, when the island-dwelling Gullah—former African slaves living off the coast of South Carolina—decide in August 1902 to head to the nearby American mainland and endure the pain of a second separation from their past. The movie has the softness of a dream, from its pink-hued beaches and painterly compositions (shot by Arthur Jafa) to the lilting, incantatory sound of these West African-inflected accents. But a deeper attachment comes with the plot's evocation of old traditions slipping through the fingers of the matriarchal Peazant clan. Dash, who broke out at 1991's Sundance Film Festival alongside such nobodies as Richard Linklater and Todd Haynes, never enjoyed the career she rightfully deserved. But notably, Daughters of Dust would be the first film directed by an African American woman to gain theatrical distribution. Beyoncé's Lemonade cribs from Dash's visual serenity and defiance; do your part and check out the source.—Joshua Rothkopf 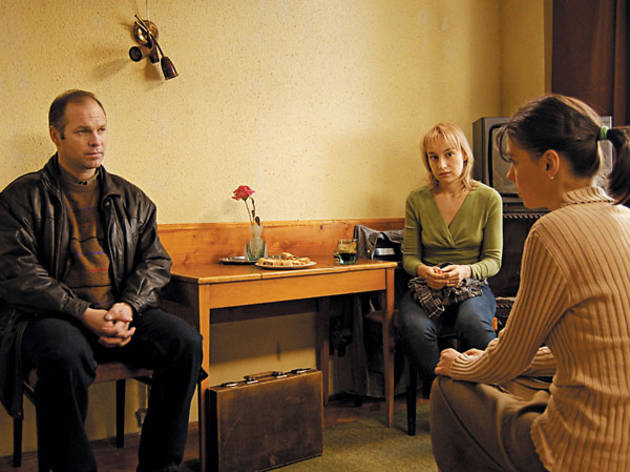 Unambiguously pro-choice, writer-director Cristian Mungiu's reckoning with Romania's shameful history against women hits a present-day nerve, as safe and easy access to women's healthcare hangs by a thread in America. Set in 1987 at the tail end of Nicolae Ceaușescu's oppressive regime, 4 Months unfolds in elaborate long takes (one of them took five days to get right). It follows Otilia (Anamaria Marinca) as she helps her college roommate, Găbița (Laura Vasiliu), secure an illegal—and potentially fatal—abortion through an erratic plan involving a predatory provider. Suffused with imminent physical threat, Mungiu's Palme d'Or winner makes the viewer an involuntary eyewitness to acts of escalating desperation, necessitated by governmental tyranny in a world where women aren't allowed to make decisions about their own bodies. The onscreen restlessness of the two characters grows with our sympathy for them—and for those around the world robbed of options.—Tomris Laffly 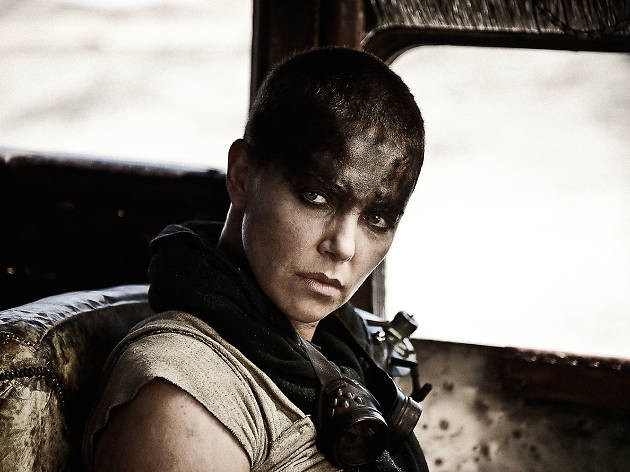 The road warrior meets his match in George Miller’s staggering, nutso Mad Max reboot. Boasting an entirely unprecedented cinematic marriage of exploding vehicles and feminist fury, its spark is lit by Charlize Theron’s enraged, full-throttle Imperator Furiosa, a woman who really doesn’t care if you think she looks cool in an armor-plated truck. In fact, the film’s putative hero, Max Rockatansky (Tom Hardy), is reduced to onlooker for most of the action, squirreled away in the rig and kept away from the important buttons. It’s Furiosa who drives both vehicle and story, hitting back at the bilious patriarch Immortan Joe by liberating his wives and making a run for it. Is it a feminist masterpiece? Maybe the ending lets it down, with Max getting his hero moment while Furiosa lies wounded, and maybe the wives, sorta-clad and supermodel beautiful, are as much eye candy as mythical totems of womanhood. Maybe. But how many movies have a clutch of kickass women basically tearing down a malignant patriarchy with their bare hands? And how many action films stick the man in the passenger seat? This one deserves saluting.—Phil de Semlyen 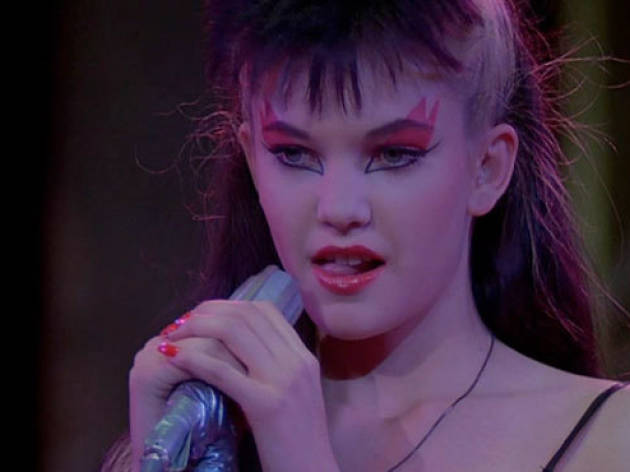 Movies don't come cooler than this early '80s cult classic, featuring Diane Lane as Corinne Burns, the teenage leader of an all-girl punk band, the Stains. The group may not be the most musically talented but they possess admirable style and brash confidence. The film is a fiery testament to the enduring power of teenage girlhood: As the Stains grow in popularity, hordes of female fans start dressing up like Corinne (in her severe red-and-black look, with heavy Aladdin Sane eye makeup), and the shots of these crowds are strangely moving. Punk, with its embrace of the profane, was often considered masculine territory, but Ladies and Gentlemen, the Fabulous Stains, showed how it could be just as vital (if not more so) as an act of female rebellion and self-expression. Corinne is wildly quotable: Her musing that "every girl should be given an electric guitar on her 16th birthday" is downright inspiring.—Abbey Bender

"How would you feel if someone did that to your mother, your sister, your wife?" That’s Louise (Susan Sarandon), letting it rip at a truck driver who’s been making disgusting gestures on the highway. Thelma & Louise recently turned 25 but depressingly, its enough-is-enough message—calling time's up on sexual harassment and predators—has never been more timely. When Louise shoots dead the creep who attempts to rape Thelma (Geena Davis), they don’t call the police, knowing  they won’t be believed. Would they do anything differently in 2018? Thelma & Louise revolutionized female buddy movies with its game-changing portrayal of a pair of avenging friends on the run. Was its victory limited? Here’s Sarandon at the Cannes Film Festival in 2017: "After Thelma & Louise, they predicted there would be so many films starring women. But it didn’t happen." There's still time to make this come true.—Cath Clarke

Want to watch the greatest movies? 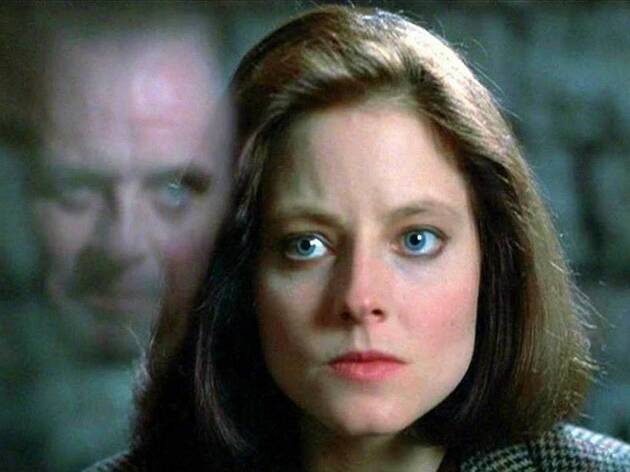