Filmed for Great Performances at Central Park's open-air Delacorte Theater, the production stars Orange Is the New Black's radiant Danielle Brooks and an adorably goofy Grantham Coleman as too-witty longtime enemies whose friends plot to get them together. This recording of Shakespeare's comedy was made available earlier in the pandemic crisis, and now you have a chance to catch it—or catch it again—on the Great Performances website, where it will remain viewable to viewers in the United States through September 11.

In addition to being unusually entertaining, this Much Ado has an undercurrent of political engagement. "Shakespeare in the Park's modernized new production of Much Ado About Nothing is powered by strong women of color—and most of the actresses in Kenny Leon's all-black ensemble command authority thrillingly as they win our laughs and hearts," wrote Raven Snook in her Time Out review. "As much fun as this Much Ado provides, however, it isn’t all a romp. After the climatic and joyous finale, a somber button reminds us that the battle of the sexes and the battle for equality both are far from won."

While you're on the Great Performances website, check out some of its other free offerings, including Kevin Kline's Tony-winning star turn in the 2017 Broadway revival of Noël Coward's Present Laughter (free through August 29) and the documentary In the Heights: Chasing Broadway Dreams (free through September 4), which chronicles Lin-Manuel Miranda's efforts to get his first major musical to Broadway. Better yet: For as little as $5 a month, you can join WNET's Passport program for access to the station's library of past Great Performances broadcasts, including the superb Broadway play Indecent, the Marc Rothko drama Red, the documentary Harold Prince: The Director's Life and the musicals 42nd Street, Kinky Boots, She Loves Me, An American in Paris, The King and I and Holiday Inn.

Or if you're hungry for more Shakespeare in the Park, consider listening to the radio-play version of Richard II that the Public created this summer in partnership with WNYC. Shakespeare’s history play depicts the overthrow and eventual regicide of the last of the direct-line Plantagenet kings; the writing is beautiful, and the production takes great pains to annotate the medieval politics for clarity. (The script is here if you want to follow along.) André Holland plays the title role in this audio production, directed by Saheem Ali. 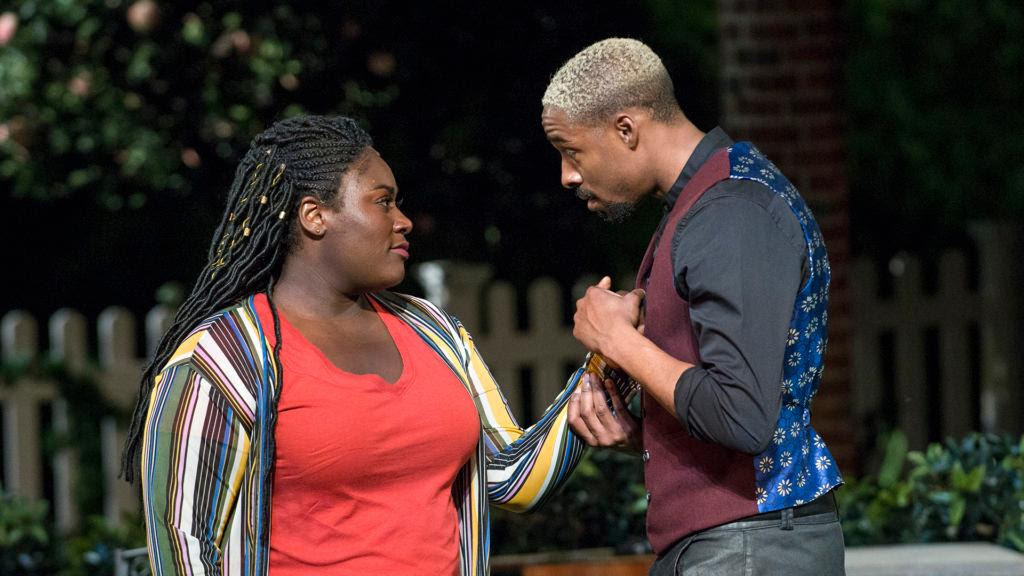 Much Ado About Nothing | Photograph: Joseph Sinnott