The complete guide to Shakespeare in the Park in NYC

Every summer, the Public Theater produces a beloved NYC democratic tradition and one of the best free things to do in NYC: Shakespeare in the Park, presented at the open-air Delacorte Theater in Central Park. There’s nothing quite like hearing the Bard’s immortal words performed outside in New York, with a backdrop of natural splendor and the Belvedere Castle looming in the background like the world’s most impressive set decoration. Shakespeare in the Park’s popularity means that tickets aren’t easy to come by—but if you persevere, you can get seats. Here’s our guide to navigating the system in 2022.

What is Shakespeare in the Park?

Created by the late Joseph Papp in 1962, the Public Theater's series offers free, large-scale productions of works by William Shakespeare (as well as the occasional musical or non-Shakespearean drama). The productions often feature some of the most talented actors of our day. Past casts have included including Meryl Streep, Kevin Kline, Al Pacino, Philip Seymour Hoffman, George C. Scott and Denzel Washington.

What is being performed this season?

Shakespeare in the Park's first show in 2022 will be new production of the blood-soaked history play Richard III (June 21–July 17). In this version, directed by Robert O'Hara (Slave Play), the title role will be played by the formidable Danai Gurira. The summer's second offering will be director Laurie Woolery and songwriter Shaina Taub's enormous musical adaptation of As You Like It (August 10–September 11), choreographed by Moulin Rouge!'s Tony-winning Sonya Tayeh. Read more about them here.

When is Shakespeare in the Park?

This year's season of Shakespeare in the Park runs from June !7 through September 11, 2022. With few exceptions, performances are Monday through Saturday at 8pm. You can find more information here.

How can I get tickets?

Free tickets are distributed on the day of the show, both in person and via digital lottery. This year, there are six different ways to get tickets. Check out our complete instructions on how to get free tickets to Shakespeare in the Park for a full guide to the rules that apply to this year's SITP production.

How do I get there?

The easiest way to get to the Delacorte Theater in Central Park is to enter at 81st Street and Central Park West. Take the B or C train to 81st St–Museum of Natural History.

When should I go?

If possible, shoot for the first week of performances—seats are always in greater supply early in the run of a show, before reviews and word of mouth have pushed up demand for tickets. Another good way to increase your odds, paradoxically, is to attend on days when bad weather is predicted. (The standby line may be your best bet for tickets that day.) The Public hates canceling Shakespeare in the Park, so the show will go on even if it is drizzling; often, performances will take breaks if it gets too rainy, then resume when the downpour subsides. Open umbrellas are not allowed during performances, so be sure to bring a poncho. Tickets for rained-out shows are not exchangeable.

What COVID-19 safety measures will be in place at Shakespeare in the Park?

To enter the Delacorte Theater, you will need to show proof of complete COVID-19 vaccination. Masks are encouraged but not required.

Are there other productions of Shakespeare in New York parks?

Indeed there are, all over the city. For details, check out our guide to free outdoor theater in the summer.

How to get tickets to Shakespeare in the Park 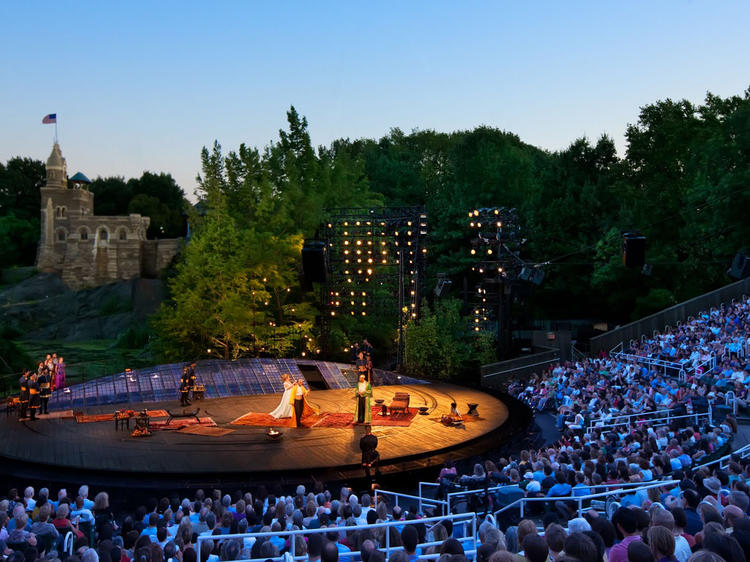 This year, securing free tickets to the beloved production looks slightly different than usual. Let us give you some details.

Shakespeare in the Park 2022 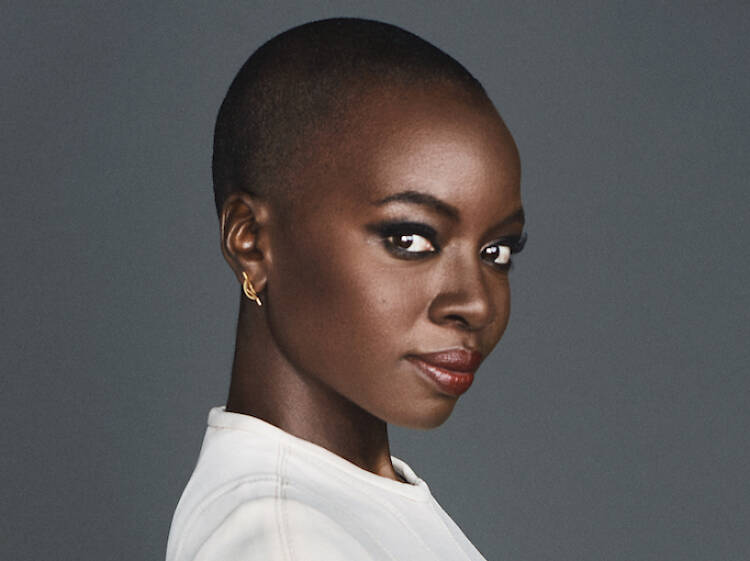 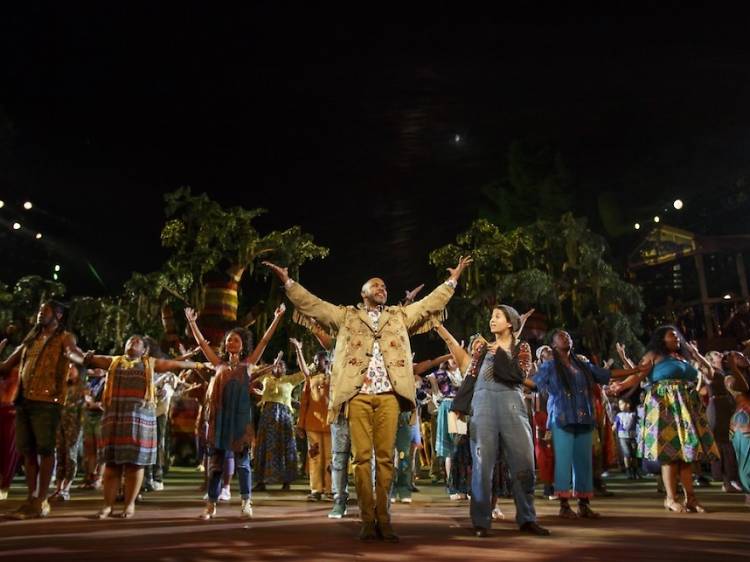 The Public announces its 2022 Shakespeare in the Park productions

Archive Shakespeare in the Park coverage 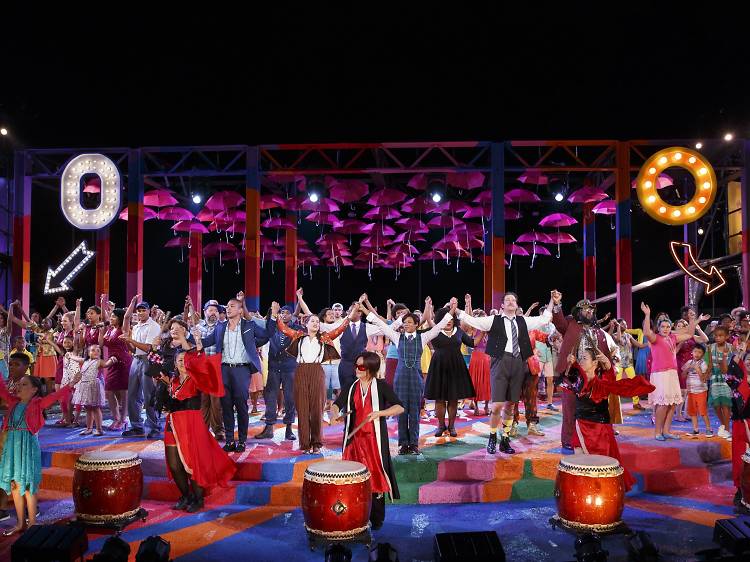 Shakespeare in the Park 2018 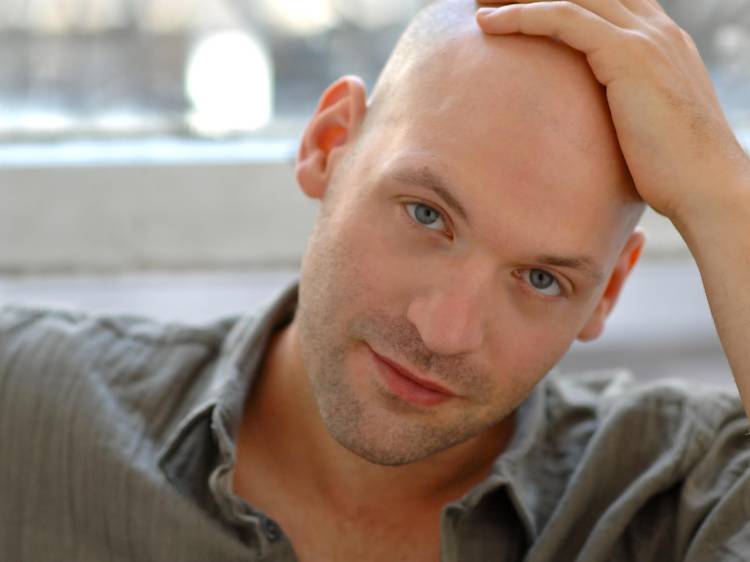 Shakespeare in the Park 2017 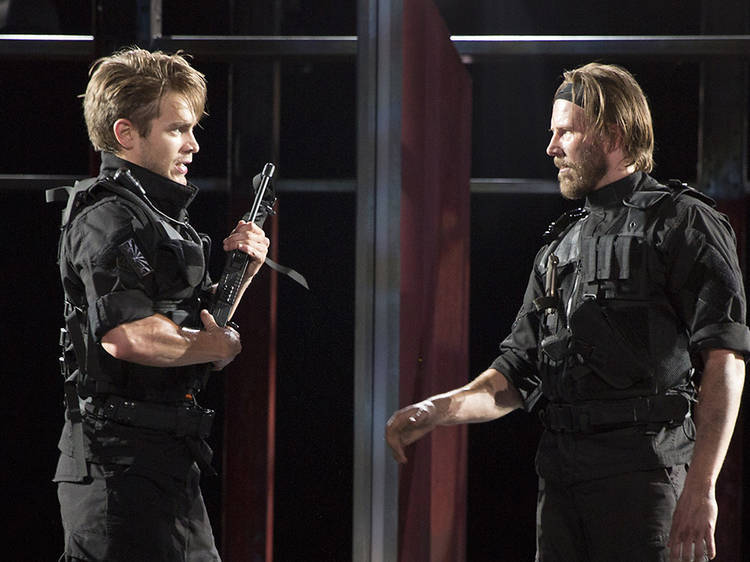 Theater review: Troilus and Cressida at Shakespeare in the Park 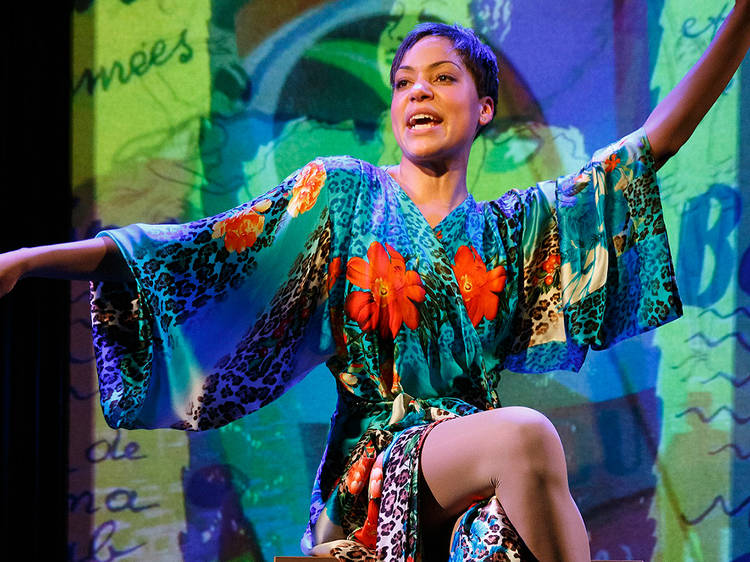 Shakespeare in the Park 2016