We asked Saoirse Ronan, Antonio Banderas and others to pick their favorite films of the 2010s

As the decade comes to a close, we’re in a reflective mood (remember Avatar?—yeah, us neither). The result is a list: the 50 best movies of the 2010s, which will no doubt come in handy next time you’re browsing your streaming service of choice. Returning to these films was enormously fun. Ranking them? Not so much. But we did it.

Along the way, we asked some of our favorite directors and actors for their picks from the 2010s. Here’s what they told us:

Cold War, as picked by Benedict Cumberbatch:
“It was such a sad and achingly honest story of love and how destructive and tragic it can be. It was beautifully shot and used all the power of cinema in its framing and acting without words—and when the words came, they were arresting and surprising and dangerous and unexpected. It's painfully romantic, as well as being painful. It's really truly great cinematic storytelling. I was completely immersed in that world and that relationship. Pawel Pawlikowski is an incredible filmmaker.”

The Death of Stalin and Get Out, as picked by Taika Waititi, director of Jojo Rabbit:
“I really loved The Death of Stalin because it was smart. Also, I loved the decision to let the actors use their normal accents, because it didn’t make any difference to me. I was still shocked and I still found it fascinating and enthralling. The other film I really loved was Get Out, which was the only film in my entire life that I’ve actually yelled the title of the film at the film: ‘Get out!’ ”

The Tree of Life, as picked by Trey Edward Shults, director of Waves:
“It’s one of my favorite films of all time. I have a personal attachment to it because I was involved with a bit of the second-unit photography in the birth-of-the-universe sequence and small aspects of post-production. I remember feeling humbled when I watched this towering achievement—humbled that I had any small part to do with it. I saw the film five or six times in the theater. I cried like a baby and was in awe of its transcendence. The film feels like an honest depiction of family and life and grasping for our place in the entirety of existence. The Tree of Life is easily the most moving and religious experience I’ve ever had in a cinema.” 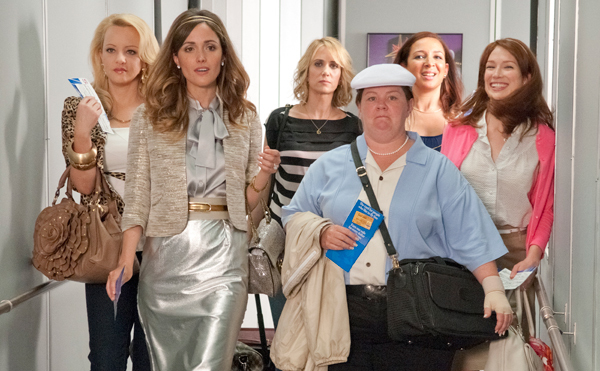 Bridesmaids, as picked by Saoirse Ronan:
“I love that everyone’s funny and really different in it. There’s never a joke that doesn’t land. I like that it’s about the friendship of the girls and the marriage and even the relationship with Chris O’Dowd is kind of a secondary thing. I really love seeing two pals get a kick out of each other. Something like that hadn’t really been done in that way and it’s so brilliant that it was as successful as it was. I feel like the girls in comedy have changed: They paved the way for the rest of us I feel. I’m so bad: Whenever anyone asks me what my favorite film is, it’s always Sister Act and Dirty Dancing and Bridesmaids. It’s never, like, Citizen Kane.”

Mad Max: Fury Road, as picked by Edgar Wright, director of Baby Driver:
“In an age when the majority of studio movies feel like reheated pizza, something like Mad Max: Fury Road seems like a miracle. Here, the creator himself George Miller—at the time, 71 years old—returns to his own property 30 years later with an itch to scratch. He’s had this idea of a modern version of pure cinema rattling around in his head for all that time and it explodes onto the screen in epic style. Like a 21st-century Stagecoach, this is a real motion picture. I saw it three nights in a row, my mouth agape in wonder, envy and astonishment.” 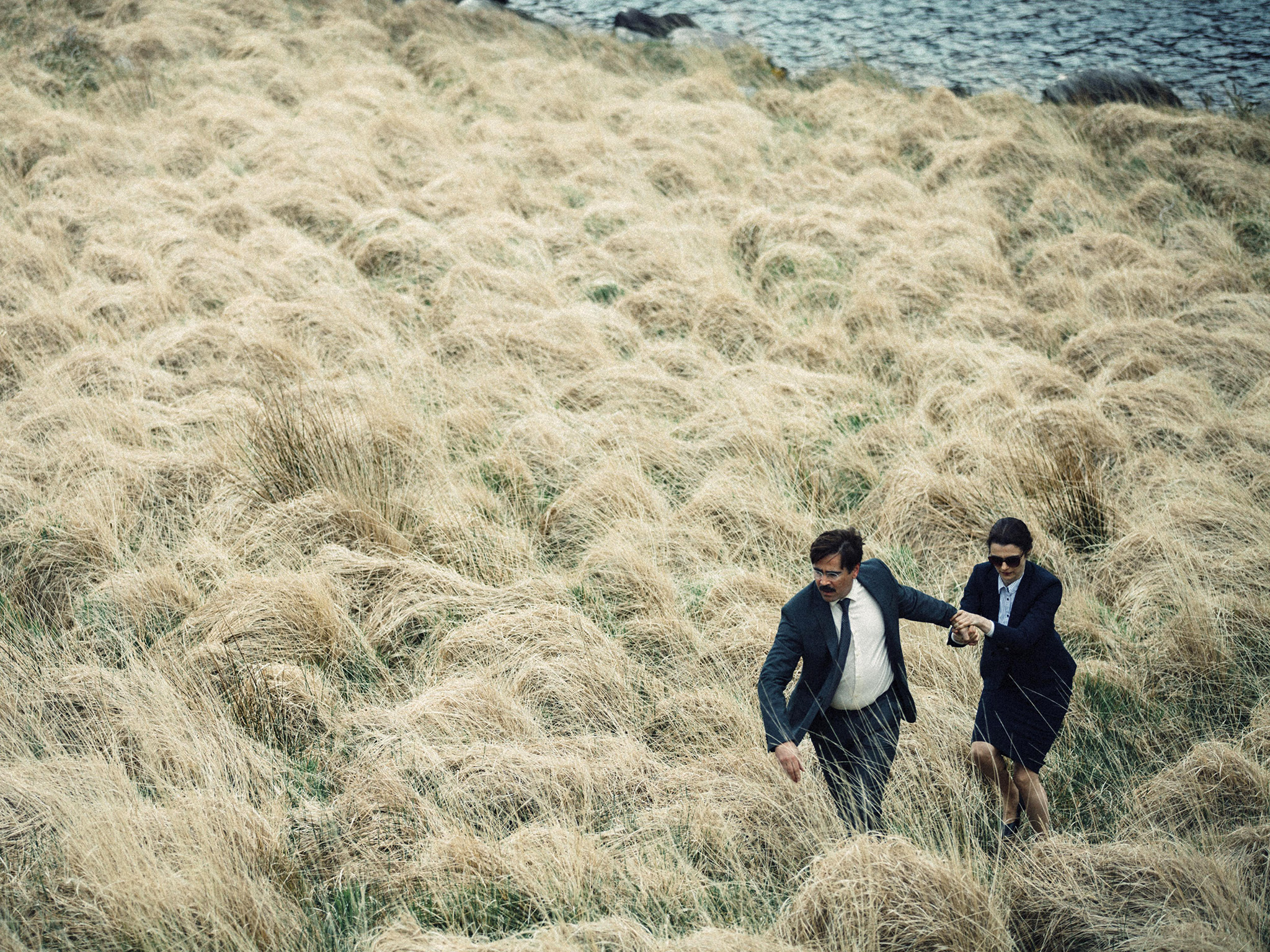 The Lobster
Photograph: Courtesy of A24

The Lobster, as picked by Desiree Akhavan, director of The Miseducation of Cameron Post:
“To me, this film is perfection. It’s got everything: an earnest love story that’s dripping with loneliness, a laugh-out-loud comedy laced in tragedy, and, most importantly, it’s deeply honest, with so much to say about the world we live in. Not to mention, I very much prefer a sadder, fatter Colin Farrell.”

The Social Network and Boyhood, as picked by Sam Mendes, director of 1917:
“I have two films of the decade: the first is David Fincher’s The Social Network. It’s incredibly prescient—a film about how the world has changed and will change, about the personal behind the political, about greed and revenge. The other best film, Rick Linklater’s Boyhood, is about the things that really matter.”

Force Majeure, as picked by Antonio Banderas:
“This is a movie that surprised me very much. It was fabulous. You could see the pulse of the director [Ruben Östlund] in a way that is not anxious, it takes time. I remember thinking: What’s going on here? Nothing’s happening. And suddenly this event happens and you laugh a little bit—okay, it’s not important—but then how this little thing opens and opens until you have this crisis and the family is totally dysfunctional. Oh, my God, the tragedy that is coming for them. It was brilliant observation of the human spirit and putting the finger on how we behave with each other. When a moment like that comes, it opens the door for the truth.” 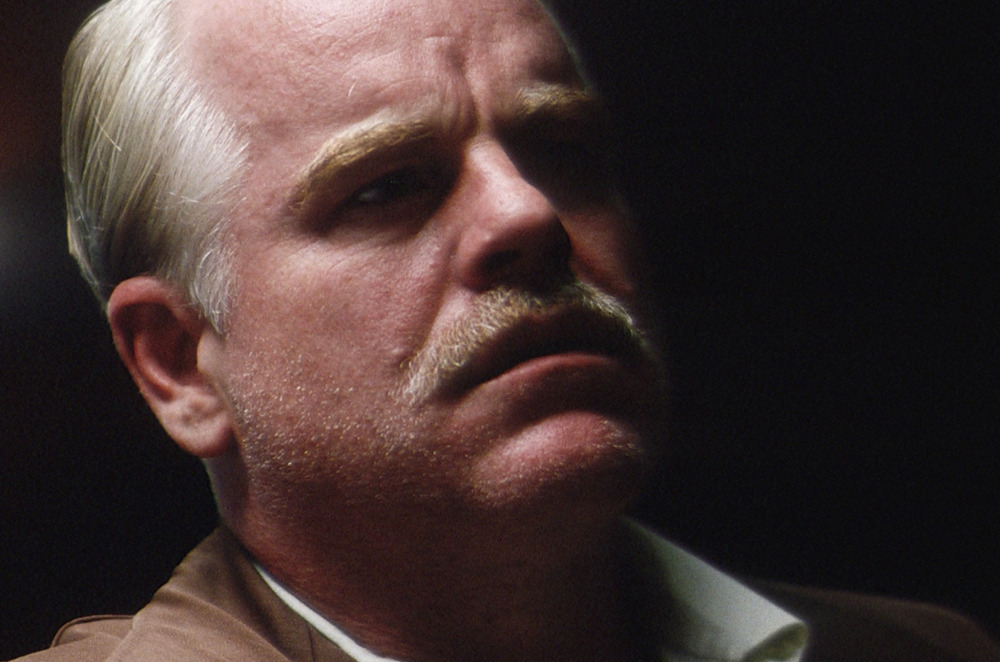 The Master, as picked by Armando Iannucci, director of The Death of Stalin:
“I’m a big Paul Thomas Anderson fan and with The Master, he’s prepared to take this big, ambitious subject of this cult and make you almost believe Philip Seymour Hoffman’s cult leader—you can see the charisma and how his philosophy kind of connects with people. Because that’s how cults grow: 10 percent of what they’re saying sounds reasonable, so you block out the other 90 percent. I liked the ambiguous way it’s portrayed: it wasn’t nasty and fake. It’s more complicated than that and yet it can be destructive.”

The Irishman and A Hidden Life, as picked by Richard Linklater, director of Boyhood
“Having recently seen The Irishman (for a second time) and A Hidden Life in the same week, I was kind of awestruck: Here are two American masters, still at the height of their powers, making films that you could draw direct links to the films of theirs that premiered 46 years ago at the same New York Film Festival: Mean Streets and Badlands. More mature, haunting and beautiful works that are definitely future—if not instant—classics, and so nicely positioned in [Martin] Scorsese and [Terrence] Malick’s bodies of work. Everything before seems to have led to this expression.”

Happy as Lazzaro, as picked by Bong Joon-ho, director of Parasite:
“Recently I saw this one, by the Italian female director Alice Rohrwacher. As I was watching the film, it already felt like a classic—it felt like I was watching a classic Italian film. It was very moving and beautiful. It came out not that long ago, but I think very soon it will be considered one of the European classics.”