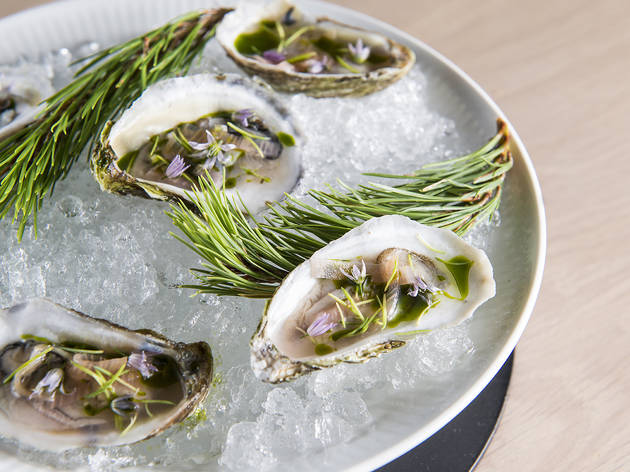 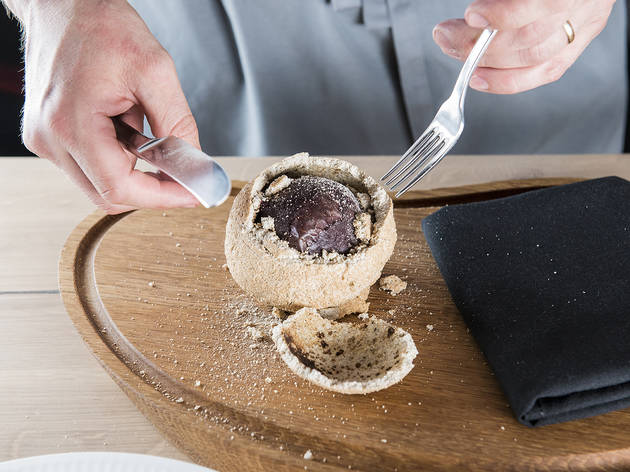 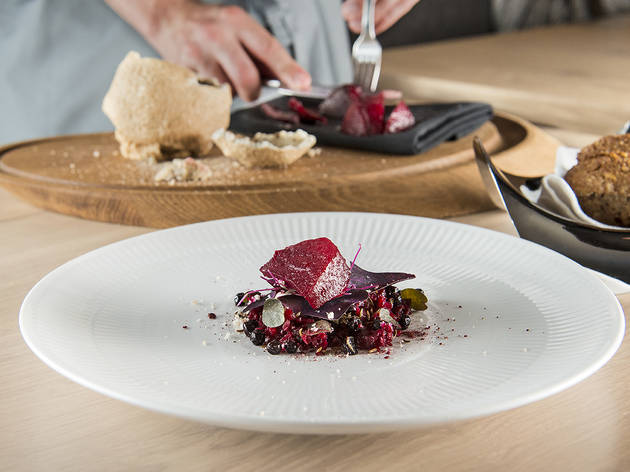 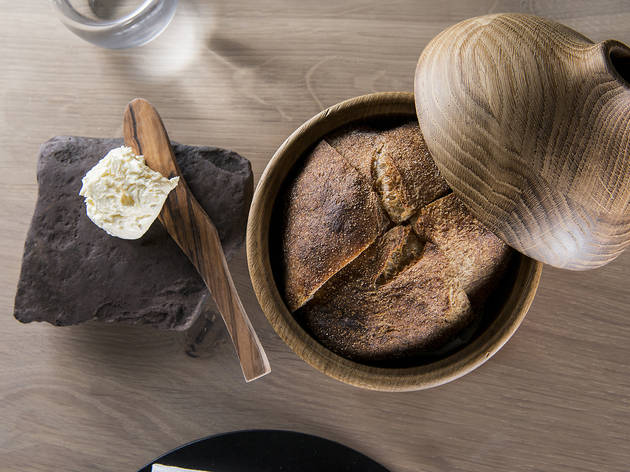 4/6
Bread and butter at Agern 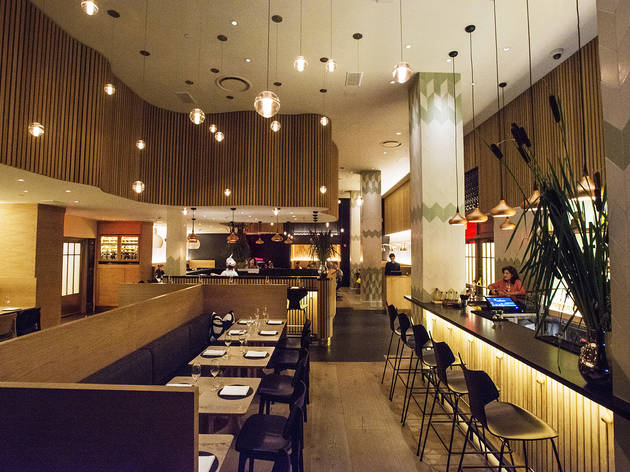 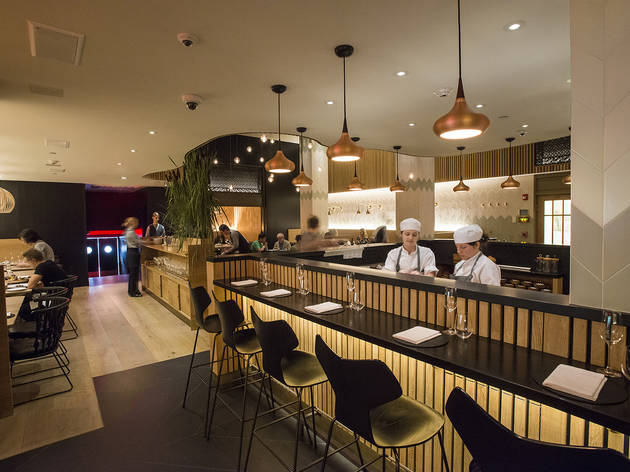 “It’s past the hot-dog stand. If you see the homeless guy playing Hall & Oates on the harmonica, you’ve gone too far.” They’re not directions you’d expect on your way to a fine-dining tasting menu, but they’re inevitable for arrival at Agern, the serene Scandinavian newcomer incongruously set amid the commuting cacophony of Grand Central Terminal. It’s part of a multipronged takeover by Claus Meyer, cofounder of the world-shaking Copenhagen dining room Noma, inside the terminal; there’s also that Danish frank stand parked next to Agern’s entrance, as well as a Nordic marketplace across the way in Vanderbilt Hall.

But neither project gives you quite the whiplash upon entrance that you get from Agern’s clean-lined space, as blond as a Swede, with black-leather banquettes, brass pendant lights and pops of pea-green chevron tiles. While a sea of hightailing pedestrians undulates beyond the restaurant’s doors, practiced servers sweep the high-ceilinged, windowless room, homilizing on the wonders of dead nettle and knotweed. It’s almost enough to forget that there’s a reed-free performance of “Rich Girl” taking place outside.

The chef is Gunnar Gíslason, the Icelandic talent behind acclaimed Reykjavík restaurant Dill. Gíslason takes leave of the kitchen to personally deliver the tableside salt-baked beet, a dish available à la carte and on both his Land + Sea ($145) and vegetarian Field + Forest ($120) lineups. (This being veg-heavy Nordic food, there’s naturally much overlap between the two.) He cracks through the ashy, oven-baked orb with a knife until the purple root peeks out, like the Scandi remake of Jurassic Park’s egg-hatching scene. The juicy inner flesh is carved (the outer bits would be “too salty,” chef explains mid slice) and joins pickled huckleberries, shaved horseradish and more beets (fresh, pickled and fermented). Scoop a bit onto an accompanying miniloaf of warm, grain-studded rye—it’s a gorgeous bite, rustic but refined, candy-sweet but deeply earthy, with the funk of smoke.

You’ll want more room for the beet and, even more so, the bread. (As a whole, the kitchen’s loaves, including the crackly, quartered house brød with buttermilk-whipped butter, are exquisite.) But for its delicate presentations and demure portions, the menu fills: Six snacks kick-start the seven-course dinner, from plump oysters with pine to puffy potato bread with smoked buttermilk. Those could be trimmed back to a still-generous three to make way for lovely plates like lush raw scallop with nutty sunflower seeds and hen-of-the-woods mushrooms in a tart miso broth, and beef-heart tartare, nestled with crunchy bits of green garlic and spunky green strawberries.

Next time, we’ll hack the tasting menu by ordering that beet, that bread and that beef heart à la carte. Maybe by then, our harmonica friend will be on to “Private Eyes.”