Chef Hide Kobayashi listens for the ideal temperature of quickly-heating rice oil before releasing a single shrimp into its depths. The sound is noticeable even if you aren’t trained to hear it; soothing like oceanic white noise. Soon after the crustacean slinks beneath the slick surface, Kobayashi flicks drops of batter into the fryer. They dance in the mix like molten Champagne. The technique gives the resulting tempura its etched texture, with microscopic peaks and valleys like a light-golden geode.

“I’m new,” he says at the restaurant one week in advance of its September 27 opening. Not to the profession, of course; he clocked years of experience in kappo and kaiseki-style restaurants in Japan. It seems unlikely that Chikarashi Isso’s owners, Ivy Tsang and Selwyn Chan, would have charged him with authoring its menu otherwise. It's a fresh opportunity for a promising operation that, with the burden of hindsight, never stood a chance when it first opened in December of 2019.

Back then, Chikarashi Isso 1.0 received the warm media reception and apparently positive public response (reservations were not easy to come by in its early days) that amounts to buzz. But it only had a few months to build that momentum before it all ground to a halt. With few consumers left in this part town, take-out and delivery didn’t make sense. Neither did outdoor dining on its narrow stretch of Rector Street. But by October, an opportunity arose on the second floor at Hotel 50 Bowery, and Chikarashi 2.0 emerged.

“That was really a godsend for us,” Chan says.

There, another Chikarashi chef, Atsushi Kono, ran a 10-seat yakitori tasting that surged in popularity and ultimately ran for nine months rather than its expected two or three. It could have easily gone on longer, were the team not gearing up to revisit its original address this fall and open a new restaurant with Kono slated for early next year. And it was never intended as an extension of Chikarashi Isso.

“[I]t wasn’t really a continuation of what we do here,” Chan says. “It was truly kind of a unique pop-up, as I would describe it, that featured chef Kono. And now that we’re back here we’re re-focusing on this concept.”

In a boomerang to its first location, Chikarashi Isso’s third form splits the difference between new restaurant and relaunch. Its lilting, 30-seat dining room is as lovely as ever, and fun tipples like Suntory whiskey highballs on tap will still be available, in addition to wine and sake. But Kobayashi’s menu is brand new.

“Chef Hide is a master of tempura and sukiyaki, which we’ll be highlighting on the menu,” Tsang says.

“Every tempura chef is a kind of artist, because it’s beautiful; very different,” Kobayashi says. “We can choose perfect ingredients,” he says, explaining that preparation is key, and with a light touch and delicate coating, he enhances, rather than obscures those carefully-sourced and selected items. “Tempura is, for me, the best, simplest way to bring out flavor,” he says.

The chef’s selection of seasonal tempura, for example, might include shrimp, scallops and chrysanthemum, all recognizable even beneath a carefully-calibrated coating. To be fair, being that chrysanthemum is less-commonly plated in NYC restaurants, it may not be as identifiable by name on first glance as the shrimp. However, unfurled to straight with a few slices by Kobayashi’s knife, its dainty leaves are easy to distinguish as flora. It resembles a preserved corsage.

His preparations also layer nuance. The more lightly-coated of the shrimp can accommodate a few grains of salt, while the almost imperceptibly thicker-battered pieces are suitable to dip in fragrant shoyu.

Everything here, including the chicken karaage, dote beef stew and comfort food-adjacent hamkatsu, with turkey ham, gouda, herbs and tomato sauce, is meant to share. The Wagyu sukiyaki, another of the chef’s specialties, is particularly interactive. Thin slices of beef are served alongside a pot of broth poised over a flame. Twirled through the hot bath for a minute or so, they emerge slightly sweet with a satiny texture. This, and the tempura, punctuate why restaurants like Chikarashi Isso gather buzz to begin with: It’s a site-dependent experience.

“Fresh prepared, and even the way the chef has intended you eat it, it’s very specific," Tsang says. "Like how you dip it, tempura in certain sauces, and what condiments should go with each tempura, you can’t have that in a home setting. You have to have that in a restaurant.”

When one toasts to ‘many happy returns,’ the expectation is not that those returns will be made by force of necessity. Chikarashi Isso’s were, and are, and now it’s both back and brand-new all at once.

“I started from the beginning,” Kobayashi says.

Chikarashi Isso is located at 38 Rector Street and is open for lunch with a separate menu of chirashi bowls on weekdays from 11:30am-3pm. It is open for dinner on Monday-Saturday from 5pm-12am. 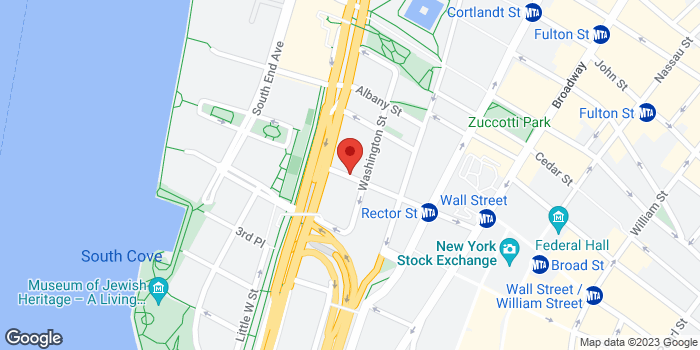