Some places are so much themselves that it’s hard to imagine them as anything else. When I lived near Citro Cafe’s location (mumbles) years ago, my closest restaurant and bar options were a casual chain approximating a neighborhood bar and grill, another pantomiming regional pizza from another region and a Starbucks.

In their manufactured way, each of those places are, of course, also hard to imagine as anything else, at least once you’re through the door. Each would be simultaneously indistinguishable and familiar if they were transported, as is, to a whole new neighborhood, or the city by the lake, or a mall. But they weren’t the kind of spots that were going to convince any of my friends to come to Queens. Citrico Cafe, which opened last month, is that kind of place. The owner, Alex Marquetti, also runs other Queens venues Dive Bar LIC and Mojo in Forest Hills, with a second on Long Island.

The large, lofty Mexican cafe & agaveria is a fun, friendly, easy place to linger. It has a long strip of buzzy sidewalk seats set back from the street outside, broad windows and high ceilings that lend a literal and figurative airy feel. Inside, a pretty bar at the center of the room has lean lines and backlighting. Tables and a long banquette beneath sleek chandeliers and amid pops of greenery are to the left. Another dining area is to the right, up a few stairs and separate enough for semi-private parties with light fixtures that look like paper lanterns overhead. The space is both calm and convivial, mostly filled in with shades of black, white, sand and cream.

The food is unfussy but intentional, evidenced most obviously by an order of nachos ($15) presented in a big hollowed-out Crisco can that’s then lifted to reveal a cylinder of tortilla chips, pinto beans, pickled jalapeños and pico de gallo smothered in an inordinate amount of chipotle crema and queso that might make the most devoted cheese lovers raise an eyebrow. The abundance obscures more than ties the whole decadent plate together, but the generous dollop of guacamole on top is a fresh win that cuts through the richness, and it is Instagrammable.

A whole fish with market vegetables ($29), marinated cabbage with quinoa and rice ($19), dry-aged ribeye asada ($35) and a half pollo campero ($23) number the entrees. The steak’s flavor is pleasant, but it was recently prepared well over the desired doneness. The chicken is much more successful, moist all the way to the center with a satisfying char and a texture easy to pull apart and fix into accompanying tortillas. It’s served with fries and coleslaw.

A variety of tacos is the best path at Citrico. The fish option ($10) gets a double crunch via crispy batter and cabbage confetti, the pork belly char siu ($11) is just fatty enough with a sweet pop of pineapple and there’s a selection with ground beef, shredded cheddar and lettuce, Cholula crema, pico de gallo and a bit of guacamole all in a petite hard shell ($9). These and a few more tacos, typically served in pairs, make great snacks or a DIY main that you can mix and match.

It’s ideally all paired with pours from the agaveria portion of the operation, which already has icy drinks for frozen cocktail season. The frozen margarita ($12) is nice on its own, or you can add flavors like mango and strawberry for $2 more. There’s also a mezcal-based take and standard liquid cocktails, many made with tequila and mezcal, plus wine and beer.

The Vibe: Fun and friendly with pretty decor and a lot of sidewalk seats.

The Food: A variety of tacos to mix and match, good guacamole and a smattering of entrees.

The Drinks: Frozen margaritas, plenty of tequila and mezcal-based cocktails, plus beer and wine.

Time Out Tip: Tacos are typically served in pairs, but they’re available individually for $3-5 on Tuesdays. Select drinks, like $8 frozen margaritas, are discounted at that time as well.

Citrico Cafe is located at 35-15 34th Avenue and opens at 3pm on weekends, 5pm weekdays. 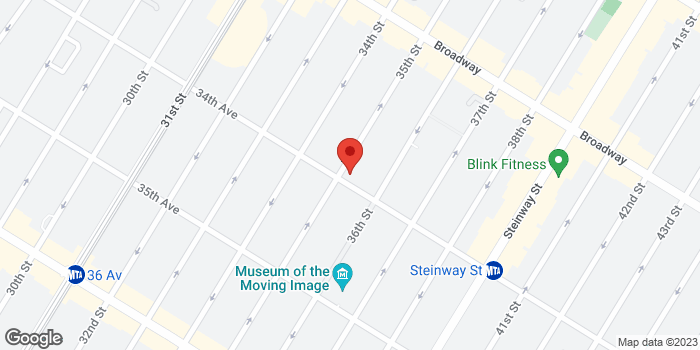