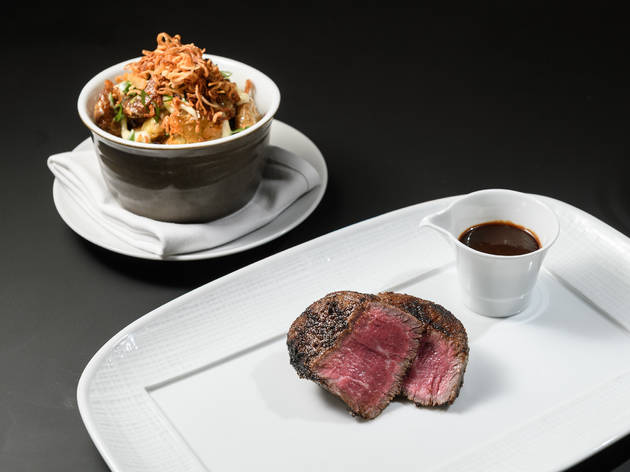 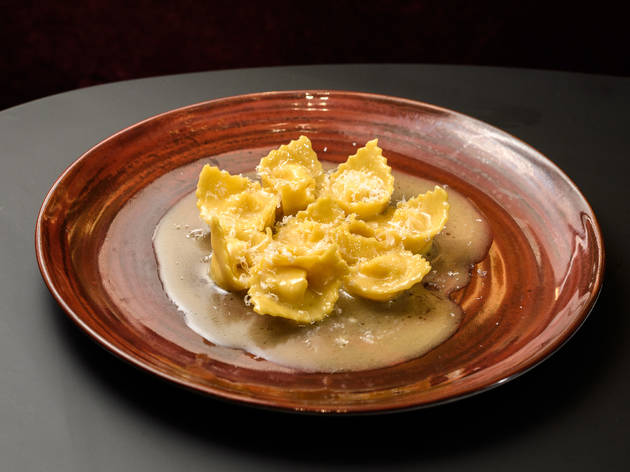 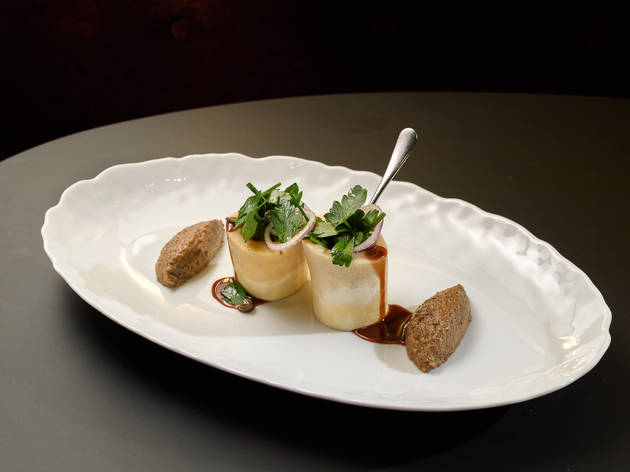 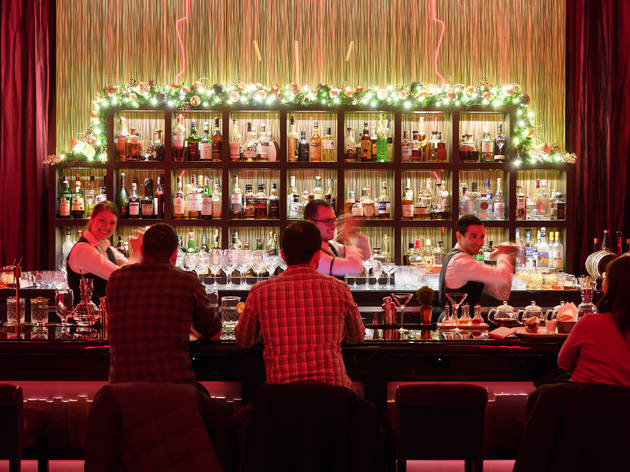 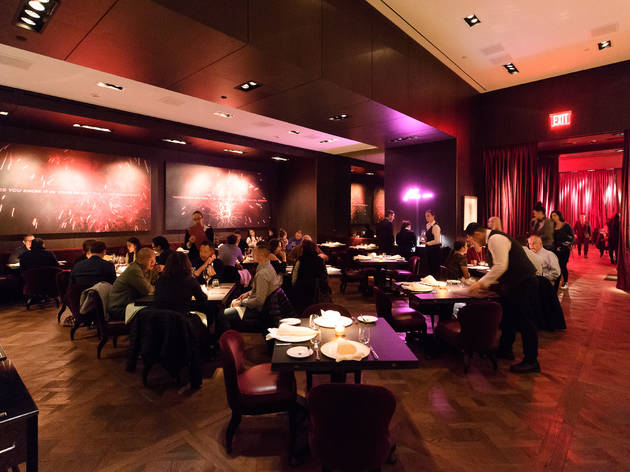 Wolfgang Puck is a global food icon—a Culinary Hall of Fame inductee, a six-time James Beard Award winner, a Michelin-decorated toque and the face of one of the most commercially successful restaurant empires in the world. What he ain’t, however, is a New York chef.

And it’s not just because Puck, unlike every other chef of his brand-name stature, has never opened a Manhattan restaurant during his four-decade, globe-spanning career. (He debuted a fast-casual outfit, Wolfgang Puck Express, at JFK Airport in 2007.) It’s also because he’s totally Hollywood, baby. Puck is fundamentally tied to Los Angeles, from the California cuisine with which he made his name at Spago, on the Sunset Strip, to his own personal celebrity status boosted by years spent feeding smoked-salmon pizzas to the likes of Charlize Theron and Leonardo DiCaprio at Oscar after-parties. (Puck’s set to receive a star on the Hollywood Walk of Fame in 2017, alongside Hall & Oates and Dwayne “The Rock” Johnson.)

It’s not the star power that’s the problem; New York has plenty of celebrity chefs helming its kitchens. The problem is that Puck’s New York debut—a sixth location of his upscale steakhouse Cut, set inside downtown’s Four Seasons hotel—feels more tailored to West Coast splash than New York cool. Lurid bolts of red neon flank the front bar, and a large diptych of a fireworks display—overlaid with goofy phrases like "'Sometimes you know it in your head,” the chef whispered"— dominates one wall; armless velvet chairs, matte black tables and shiny gold curtains punctuate the rest of the 86-seat dining room. It’s exactly the steakhouse Puck should have opened—except he’s 25 years late and 2,500 miles too far east.

It tastes dated, too. Long gone are the days when a good steak out on the town was a luxury. You can get a beautifully seasoned butcher’s steak for just $23 at St. Anselm or a pink-blushed bavette at Quality Eats for four bucks less. For those prices, you can get one cocktail at Cut.

Instead, the meats on offer here—flaunted raw on silver platters so diners can ooh and aah over the plumpness of flesh and marbling of fat before they’re grilled over a blend of hardwood and charcoal and finished in a 1,200 °F broiler—are as overpriced as they are overdone. A six-ounce American Wagyu filet mignon, that bulwark of tenderness, arrives shriveled to the size of a hockey puck and devoid of the carne complexities that warrant paying $85 for one. Your waiter will make much ado over the kitchen’s meat sourcing—there are New York strips from Kansas ($57 for a bone-in 20-ounce), Idaho ($80 for eight ounces) and Illinois farms ($57 for 14 ounces)—but you’ll be damned if you can discern any individual notes in the low-pitched beefiness of the cuts.

There’s plenty else besides traditional steak on the menu, but options like a fusty bone-marrow flan ($17), meant to be spooned on bread with mushroom marmalade, don’t do much to bring Cut into this century. For Puck and New York, it’s just too little, too late.