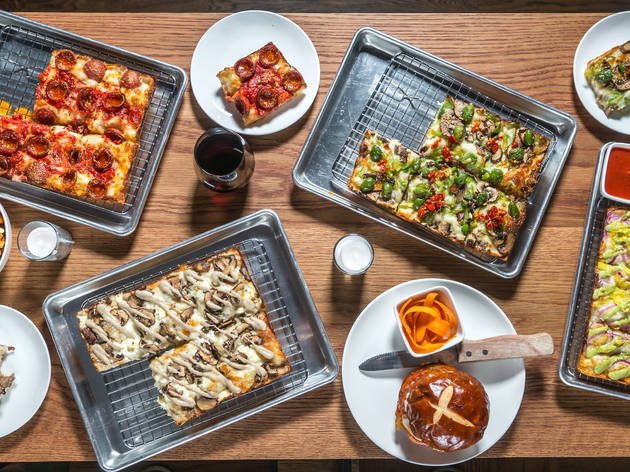 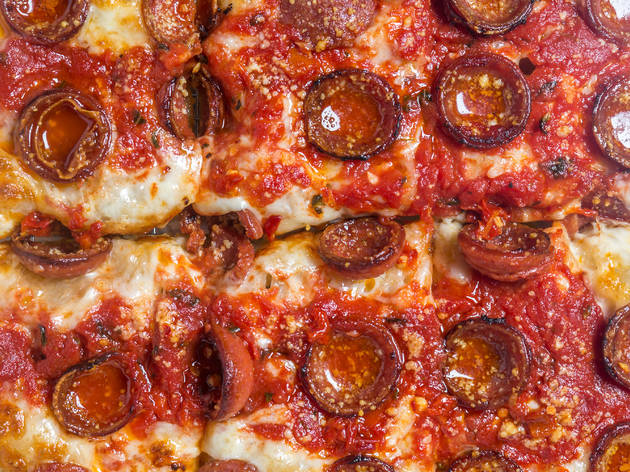 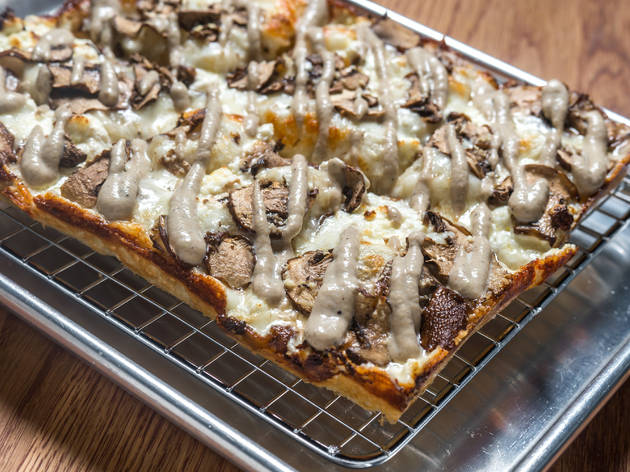 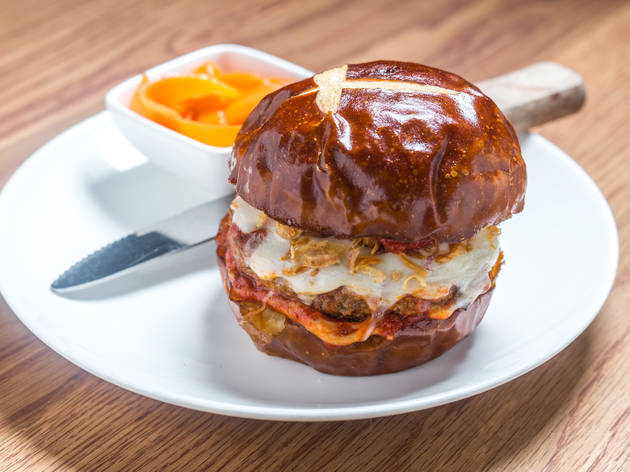 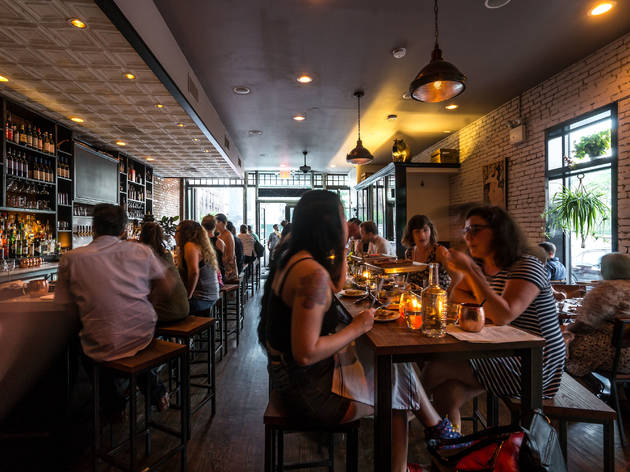 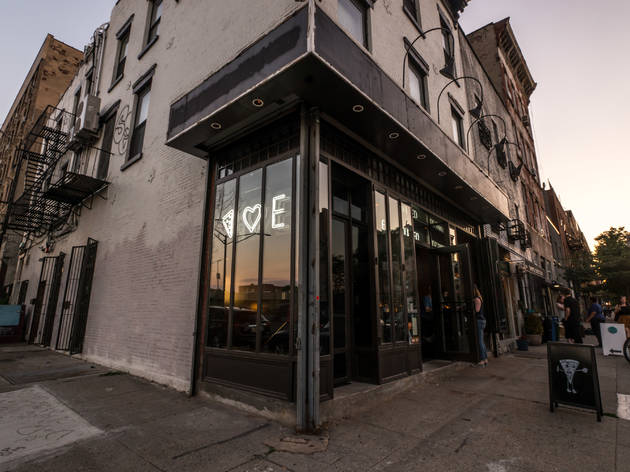 Historically, pizza-crazed New York has been more readily welcoming to the za styles of the Italian motherland—the coal-fired Neapolitan; the spongy Sicilian square—than those of its stateside counterparts. (Jon Stewart’s infamous and impassioned diatribe against Chicagoan deep dish—in which he compares the regional specialty to “an above-ground marinara swimming pool for rats”—is cutting proof.)

There are exceptions to the shunning rule: the provel-cheese–topped St. Louis round at Speedy Romeo, the Chicago tavern pie at Emmett’s and, now, the Detroit-style pizza at Emmy Squared, the much-hyped Williamsburg follow-up to Matt and Emily Hyland’s wood-fired Clinton Hill, Brooklyn, darling, Emily. Inside the 50-seat, casual-sleek parlor—where overalls-clad Brooklyn moms juggle a newborn with one arm and a slice with the other, and off-duty chefs in snapbacks unload with on-tap rum punch—the married couple serves six-slice rectangles that have all the hallmarks of the Detroit pan-baked style: air-pocked, puff-and-fluff dough that’s thicker than the New York slice but thinner than the Windy City deep dish; cheese baked right into the crust until the buttery, barely risen cornicione takes on an addictively crispy frico texture; and sauce that’s Pollack-splashed on top rather than pooled in the center.

It’s a hearty Midwestern framework that the pair builds off of (neither is a Michigan native; their first taste of the style was from the Grand Poobah of Detroit pizza parlors, Buddy’s, via mail order), with pies like the namesake Emmy ($18), which jolts gooey mozzarella with squiggles of cilantro-mint ranch dressing and the acidic zip of banana peppers, plus slivered onions and a dipping crock of tangy marinara. That plucky sauce serves as a sweet foil to the gusto of Calabrian chili and crisped-and-curled pepperoni in the Roni Supreme ($19) and a melting agent for cool, creamy pulls of burrata that festoon the house’s basil-trimmed Margherita ($21).

Like at Emily, which became as much known for the Hylands’ superb burger as for their standout pies, there’s more than just dreamy caramelized crusts and good marinara here. There’s, of course, an excellent burger—the off-menu, double-stacked Le Big Matt layered with American cheese, pickles and special sauce ($22)—and a spicy chicken sandwich that rivals Fuku’s in sheer size and crunch, a glorious mess of salsa pica, radishes, mizuna and ranch ($16).

But pizza’s why you’re here, as it should be—if there’s one thing Gothamites are skilled at, it’s recognizing great pizza, and Emmy Squared has it. Detroit proud or otherwise, this is one transplant we happily welcome to New York.