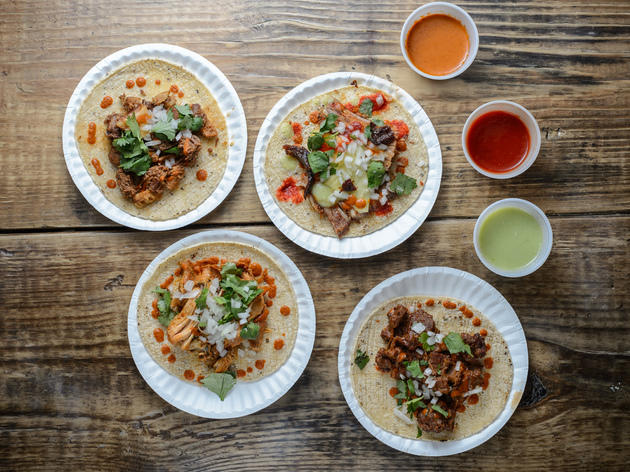 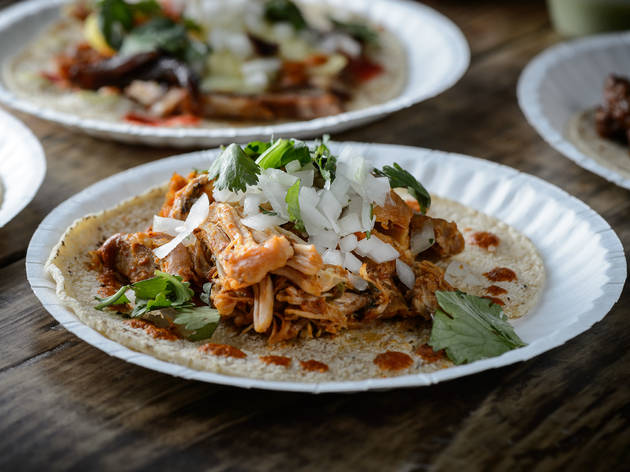 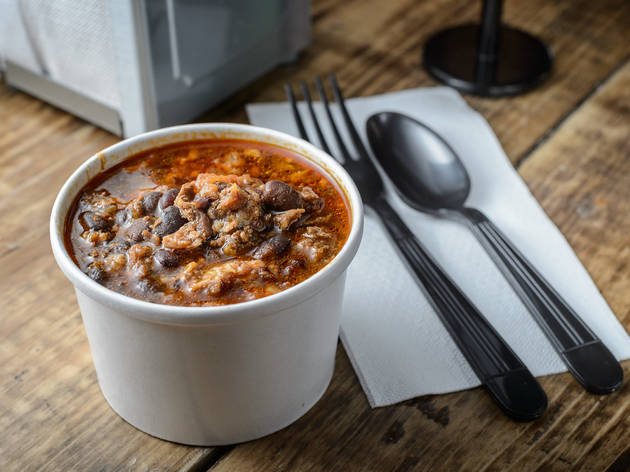 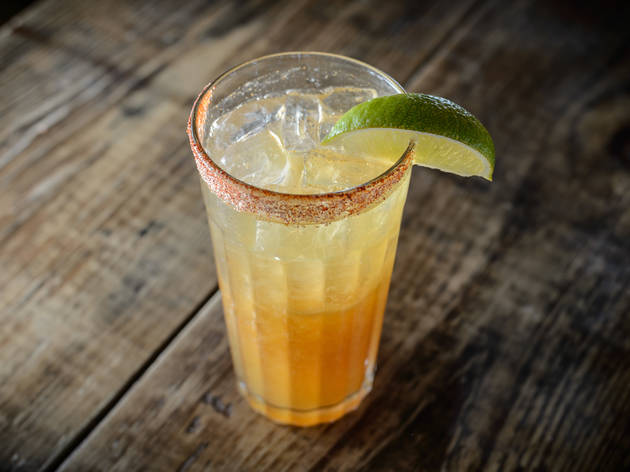 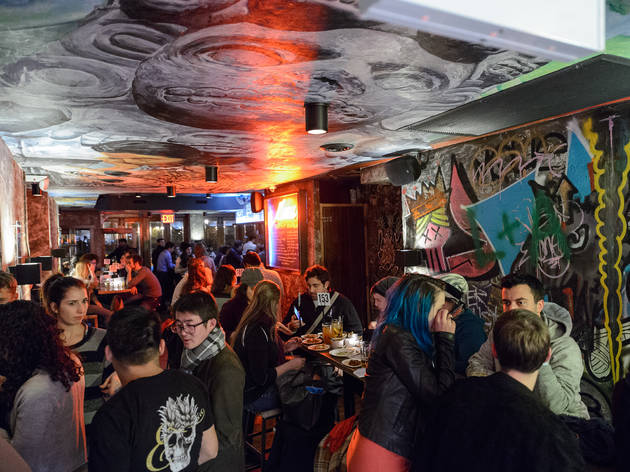 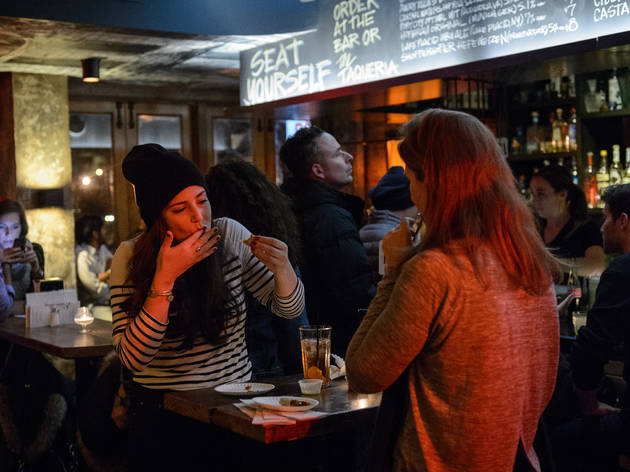 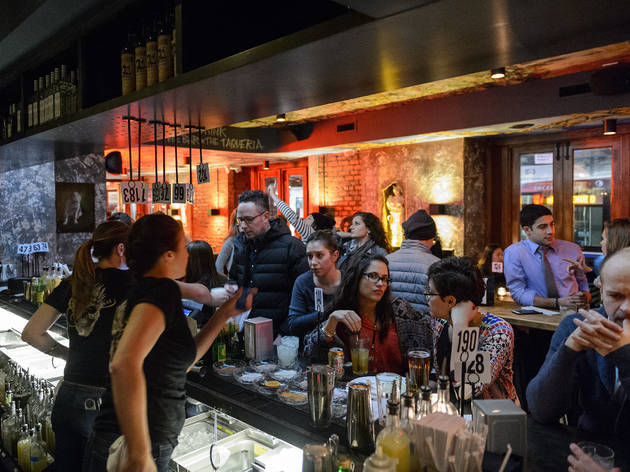 To say that Alex Stupak has fully come around to tacos is an understatement. After the success of Empellón Taqueria, the pastry chef turned Mexican-food whiz declared of his follow-up, Empellón Cocina: “We are avoiding tacos altogether because we feel they make our lives too easy, mentally.” But the taco-mad masses could not be denied for long, and within a year, six tacos—albeit elegant ones filled with stuff like head cheese and Maine smelt— begrudgingly made their way onto Cocina’s menu.

That resistance is nowhere to be found at the latest addition to the Empellón mini-empire. Inside the boisterous graffiti-tagged room—clinging to the grit of its ’80s incarnation, punk haunt Alcatraz—servers move those populist foldups from the ordering counter to the self-seat tables with a speed that would impress a track-and-field coach. You’ll resent the whiplash service if you want to savor, not scarf down, dinner.

And there is stuff to savor here—unlike the double-digit-priced wraps of Cocina and Taqueria (where two lobster tacos sets you back $26), Al Pastor’s $4 tacos are unfussy, served on paper plates with sides that come in takeout containers (like a great $4 burnt-end-beans riff fortified with hunks of al pastor pork).

Stupak’s masa proves the hydrocolloid skills he honed at wd~50 and Alinea are still in tact. His tortillas—made from Indiana corn that’s nixtamalized (the grains are cooked in limewater and hulled) and pressed in-house daily—are thin and springy, with a delicate maize sweetness. Much of that subtlety is lost, however, in the joint’s namesake taco, whose single corn round is overloaded with fatty pork shreds that, while sporting a nice char, are surprisingly tough, and pineapple batons that were, on one visit, downright soapy.

Better is the humble chicken taco, dutifully juicy and kicked with smoky chipotle, or the steak stewed with caramelized onion, a smart balance of acid and fat.

The menu tips in favor of drinks, which, combined with the rapid-fire turnaround, makes the place feel less like a restaurant and more like a dive bar rigged with a tortilleria. But even the tastiest yuzu-laced michelada can’t distract you from the fact that Al Pastor deserves a taco that lives up to its name.

The search for the perfect taco is an endless journey, but Empellon is pretty darn close to the top...at least in NYC. I've had the al pastor, short rib, and bistec (clearly I love meat), and all are delicious and order worthy. I also love their selection of drinks as each cocktail, margarita, and michelada has a unique twist and spin to it that makes it a fun spot to grab dinner and drinks with friends.

Keep in mind that this location isn't a restaurant with waiter service. You order everything at the bar, seat yourself, and eat tacos off paper plates. However, with the awesome music, buzzing vibe, and prime location, it's perfect for a quick bite and delicious beverage.

Ever have a delicious taco and wonder what type of meat you're actually eating and whether or not it will get you sick? Me too, and I will always take that risk, but with Stupak's Empellon Al Pastor, that's not necessary.

I've been here a few times for drinks, tacos and guac, and I have always left very happy, even if the bartenders aren't the friendliest. Though more expensive than your usual taco joints, you're paying for quality and attention to detail. I've had the al pastor (must-order..obviously), the chorizo and mushrooms tacos and would order them all again. They're also known for an extensive Micheladas menu; if you're not into them, bring someone who is so you can at least try one.

They just recently split this place into two different spaces, and I haven't been since, but I'm sure it's just as good. I'm already looking forward to my next trip, winter weather be damned.