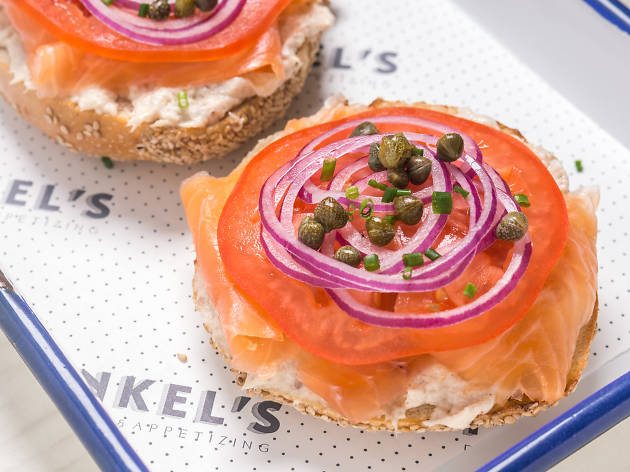 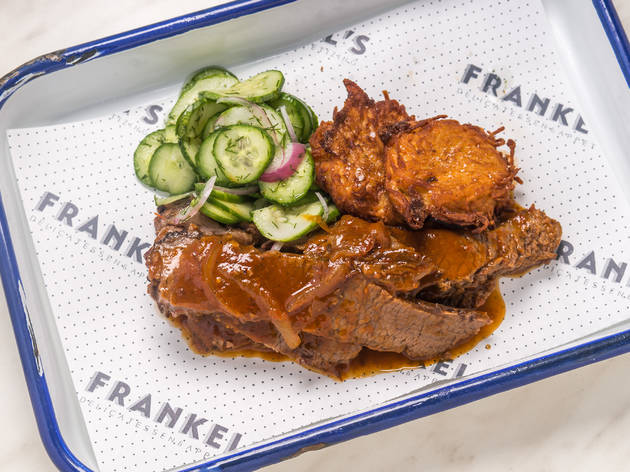 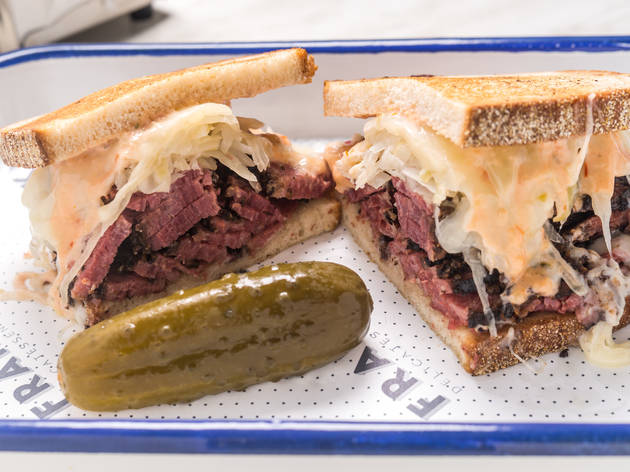 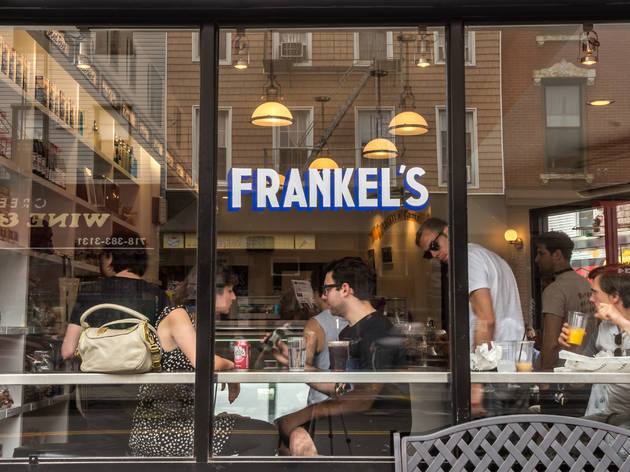 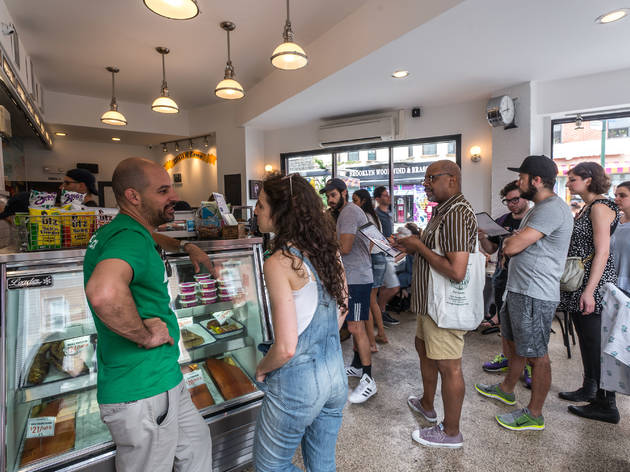 They say imitation is the sincerest form of flattery—if that’s the case, Russ & Daughters ought to be tickled as pink as its sliced Nova. When Frankel’s—the latest in a neodeli revolution that brought us Major Food Group’s bagel bistro Sadelle’s and Alphabet City pastrami pros Harry & Ida’s this past year—opened on a Greenpoint corner in April, appetizing-store regulars were quick to kvetch about the joint’s design similarities to R&D down to the red-and-green neon signage outside and the exact font that advertises menu items like corned beef and chopped liver above white shelves stocked with matzo meal and U-bet syrup.

Frankel’s has since wisely swapped that copy-cat font for a royal-blue cursive, but the tributes go well beyond typeface: Raised on Jewish-food landmarks like Barney Greengrass and Zabar’s, brother-owners and Upper West Side natives Zach and Alex Frankel (former chef at Jack’s Wife Freda and half of Brooklyn synth-pop duo Holy Ghost!, respectively) preserve the traditions of their lox-peddling elders with menschy earnestness. There are no revisionist latkes or molecular-gastro matzo balls here—just the deli staples they, and New York, grew up on.

The malt-sweet, hand-rolled bagels come from Baz; the smoked fish (kippered salmon, sable), from Acme. What Frankel’s gets right is the balanced ratio of its ingredients: ribbons of Irish organic salmon, equal parts oil and silk, has just enough fresh salinity and wood-chip smokiness to stand up to a creamy spread of whitefish salad and a few plucky capers on a bagel sandwich ($16). The shop’s hand-cut, thick-sliced pastrami is a fatty marvel; get it Reuben-style, dressed copiously with sauerkraut, Russian dressing and its own considerable juices on rye ($16.95), or more unexpectedly, in an egg-and-cheese sandwich ($8.95) that will make you wish your corner bodega had thought of it ages ago.

Not everything’s worth the trip—the matzo-ball soup ($6.95) is stingy on chicken and too liberal with dill—and prices are steep enough to warrant a smack on the head from Bubbe. But it sure does look like a New York deli, and more importantly, it tastes like one, too.