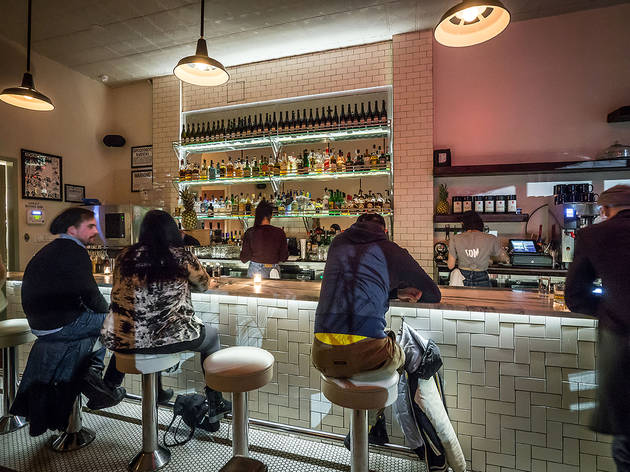 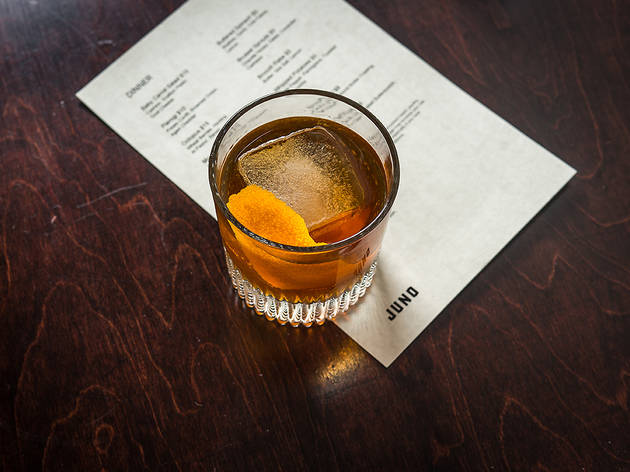 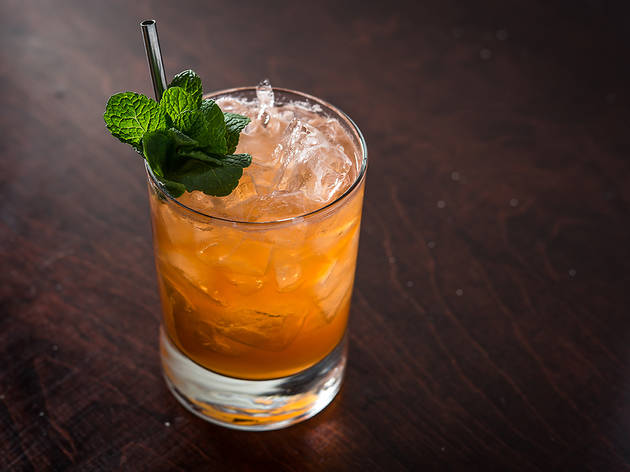 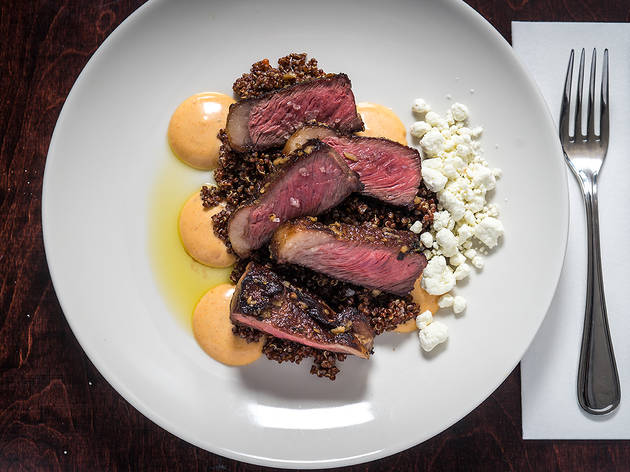 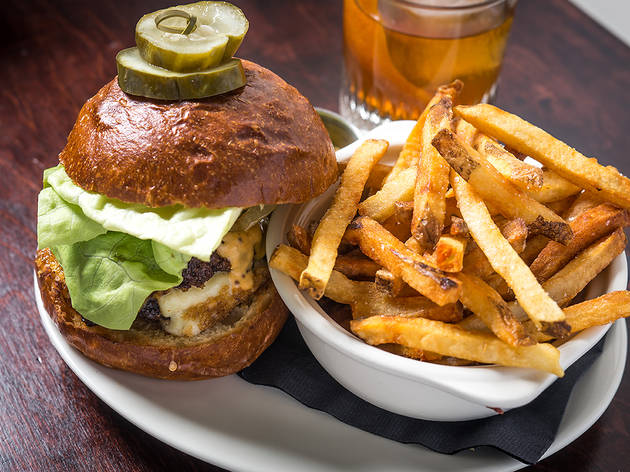 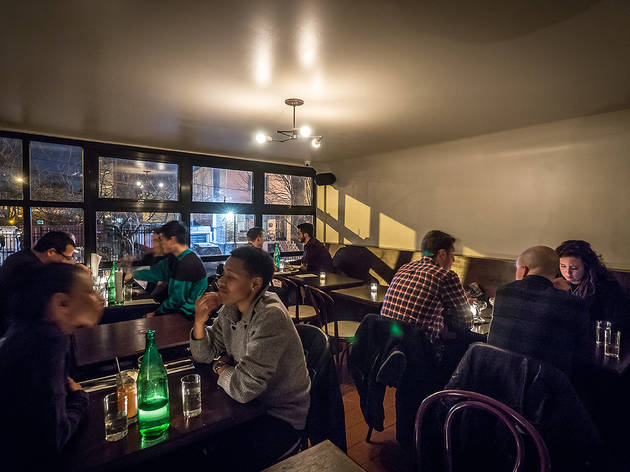 Ex-rave promoter John Barclay has drawn a near-cult following of underground warehouse revelers to his neon-lit dance spot, Bossa Nova Civic Club, since 2013. It’s a thumping comfort zone from which he strays for this sophomore effort: a 52-seat diner-by-day, bar-by-night operation down the block. The candlelit, subway-tiled venue takes inspiration in part from Greek-owned luncheonettes, a loose motif that carries through to the decor (retro barstools, leather booths) and a menu of hearty American plates. Yet similarities end with the clientele, a decidedly more street-styled Brooklyn set, and the formidable lineup of DJs spinning a new wave of techno, ambient and post disco tunes.

ORDER THIS: Behind a white-marble bar, drinks vet Jordan Schwartz (Raines Law Room, Milk & Honey) crafts intriguing cocktails built with bespoke ingredients ($12). The sparkling La Bodega tempers a house cream-sherry blend with ginger and soda, while the citrusy Budgie Smuggler offsets rye whiskey with Angostura bitters, soda and a custom acid-adjusted orange juice. For a more spirits-forward cup, seek out the tropical Soi Cowboy, which loads heady bourbon with smooth cachaça and bitter-sweet banana liqueur. During daytime hours, the counter operates as a full-service café, equipped with a grade-A Modbar espresso machine overseen by veteran brewer Nic Fera (Blue Bottle Coffee). Along with morning cappuccinos ($4) and cortados ($3.75) served in the iconic WE ARE HAPPY TO SERVE YOU Anthora cups, the caffeinated sips also find a place in nighttime concoctions like a gin-and-cold-brew Cut to Black, brightened with orange liqueur and amaro, and a whiskey-fortified Irish coffee soothing Fernet-Branca with house-made mint cream.

GOOD FOR: Composed comfort plates that are more than a few steps up from greasy-spoon standards. Brooklyn-pedigreed chef Salvatore Crisanti (Five Leaves, Northeast Kingdom) whips up low-maintenance fare like chicken with blue grits and brussels sprouts ($18), and pork and broccoli rabe on a bed of cheddar-laced polenta ($20), as well as more oddball options such as a plucky General “Tsal’s” sauced eggplant, tossed with cauliflower over black rice ($17).

THE CLINCHER: While music isn’t the main focus here, it’s woven seamlessly into the overall bar experience. Thursday through Saturday evenings are enlivened by a lineup of industry notables, many of who are familiar faces from Bossa Nova. Perched on an elevated second-floor nook, a sound booth fitted with two Technics 1200 turntables and a Numark four-channel mixer plays host to recurring DJs such as JM De Frias, who runs local indie label Sequencias, Jacky Sommer of the lauded Analog Soul and, on a recent Thursday, deep-house young-gun Julien Tregoat. However, unlike the pounding basslines at the nearby club, the beats here come at a pleasant conversation-over-cocktails level—and sans fog machine.