The restaurant space made famous by Anthony Bourdain is worth visiting once more.

Park Avenue South between 28th and 29th Street is one of NYC’s most famous culinary destinations. Brasserie Les Halles, made famous by Anthony Bourdain in his bestselling memoir, Kitchen Confidential, operated mid-block from 1990 to 2016. A 1991 review in the New York Times describes it as popular, simultaneously efficient and a little unorganized, loud, all with "a Parisian feel," a delightful and prudently priced wine list and generally good food like the "juicy and full of flavor" flank steak with "superior" frites.

This was seven years before Bourdain became executive chef. A later review of Les Halles’ second NYC location earned the original a range from "barely average" to "good." By 2008, when GQ published Alan Richman’s “Kitchen Inconsequential,” the chef/writer/television host had left back of house for a post as the restaurant’s "chef-at-large." Bourdain titled a chapter "Alan Richman Is a Douchebag" in his Kitchen Confidential follow-up two years later.

The previously uneven reviews and late-aughts intrigue would be less relevant if 411 Park Avenue South’s new occupant were eschewing the connection. Instead, a press release for La Brasserie, issued in advance of its March opening, touts an "Hommage à Anthony Bourdain section of the menu celebrating Les Halles favorites" and preserved design elements among its features.

In lieu of that planned whole section, La Brasserie, which is now owned by French cookware company founder Francis Staub with executive chef Jaime Loja at the helm, pays homage to Bourdain via one item, the steak frites ($43). The bavette’s center is precisely prepared to the recommended medium-rare and is, in addition to the adequate though generously portioned French fries, served with a spritely pile of watercress and a choice of sauce. A bernaise is too heavy on lemon that doesn’t even slake any richness, but the slightly lighter, subtly herbaceous, unnecessarily titled "secret sauce" (one is included, extras are $6 more) is actually additive to the already terrific sliced cut and amplifies the so-so, slightly dry fries.

A handsome pot of mussels is also dry, teeming with gleaming shells bursting with plump interior morsels, all swimming in seemingly nothing. There is evidence of what must have been the beginnings of stock at the bottom of the vessel, but no broth to sip or flavor the bivalves. But the texture is successful and it’s an interesting $36 lesson in what the seafood variety tastes like unadorned. (Very little.)

The escargot ($22) is La Brasserie’s better mollusk, wonderfully cloaked in butter, herbs and garlic with an appropriate allotment of toast. Apps, in general, are a strong point here, and give the restaurant more reach as a dining destination or nicer than average drink spot with better than most snacks that can add up to dinner. The soufflé au Comté ($16) is a pleasure, even mood-elevating, airy as it is but deep with bold, Gruyère-adjacent flavor that all creates a real conversation stopper. And the impeccably textured foie gras ($28) easily joins the city’s best.

That 31-year-old review noting easy to swallow wine prices bandied about figures in the teens. The lowest, $14, is $29.72 today. Context clues indicate that this was for a bottle. Today, La Brasserie’s lowest-priced glass, a riesling, is a fairly standard $14. The wines skew mostly French and the brief cocktail list includes manhattans ($16) and sazeracs ($20). The long zinc bar is also just a pleasant place to be per se, hovering around fancy with an -ish but totally unpretentious and comfortable.

La Brasserie is, in general, an easy place to be, an increasingly valuable quality as reservations are still hard to get. It seats 173 across crimson leather booths, banquettes and decently spaced tables, seemingly suitable for any occasion. Its casually lovely interior is cast in flattering date night lights, but it's also an obvious option for business lunches, large groups and all of your out-of-town guests for an enjoyable, even outing.

The Vibe: Friendly, welcoming and a little casually fancy.

The Food: Excellent apps like escargots, soufflé au Comté and foie gras and a terrific steak among other French items.

The Drinks: A primarily French wine list plus beer and a brief cocktail menu. 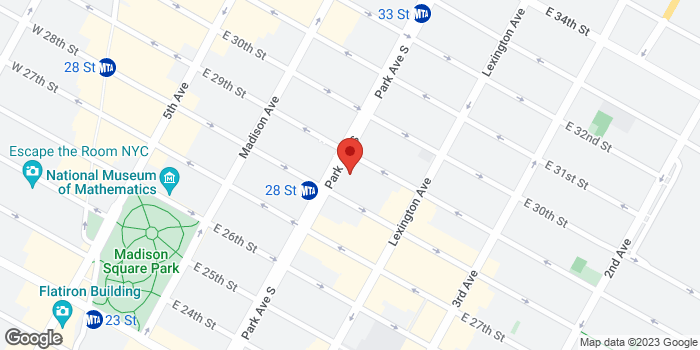