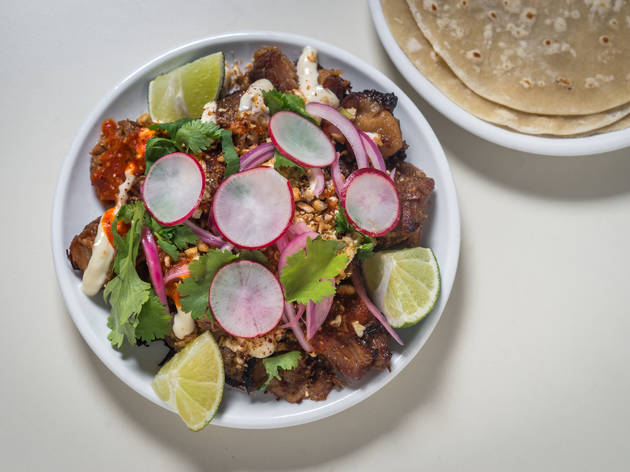 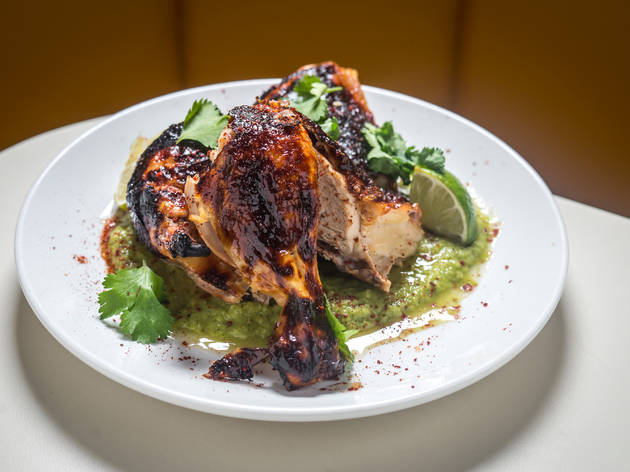 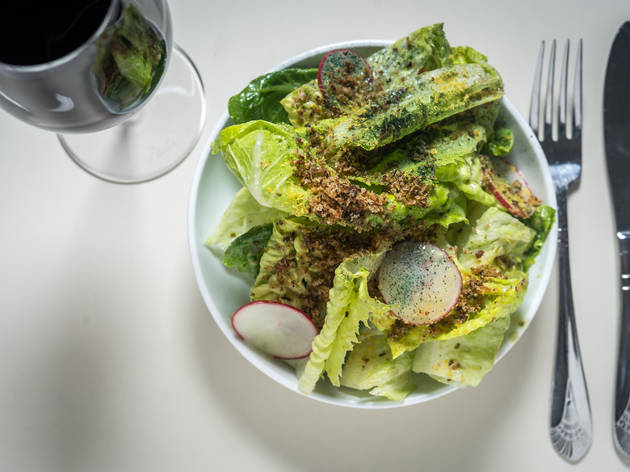 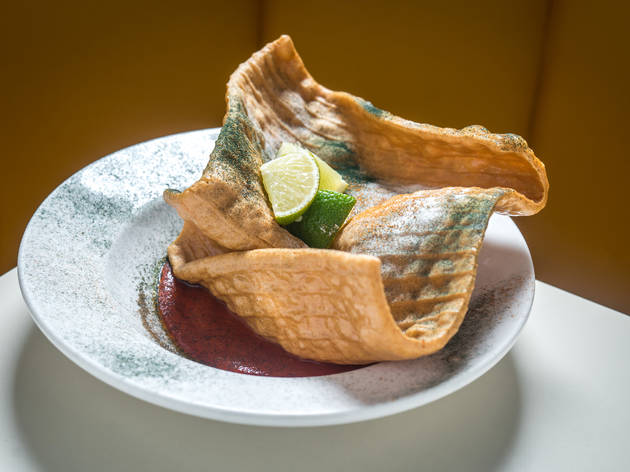 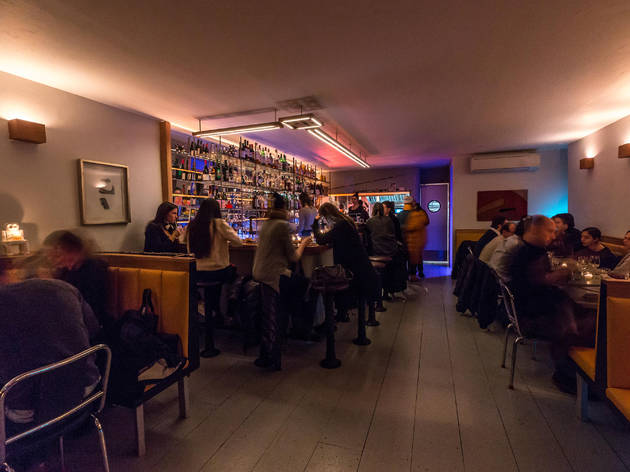 “Avocado-free zone.” It’s a ballsy proclamation for any Mexican restaurant’s menu to make but especially one helmed by Gerardo Gonzalez, a young-gun chef who built his New York reputation on cultish avocado toast. The next-level version Gonzalez once peddled at the Lower East Side’s El Rey Coffee Bar & Luncheonette—a chimichurri-laced riff that arranged slices of the fruit with pink pickled onion atop wedges of pita bread—is archetypal of the kind of intellectual Cal-Mex cooking that turned the humble coffeeshop into a formidable food destination.

Gonzalez not only outgrew the 15-stool El Rey space, leaving in 2016, but also advanced beyond mere avo toast, as evidenced by the spry, creative food he’s offering at Lalito, the colorful Mexican neodiner he opened inside the former home of Chinatown karaoke dive Winnie’s. [Ed. note: The restaurant was originally called Lalo, Gonzalez’s nickname, but was changed to Lalito by press time.]

Winnie’s grungy 30-year-old barroom, characterized by watered-down cocktails and pitchy covers of “Total Eclipse of the Heart,” has been spruced up with corn-yellow banquettes, retro metal-framed chairs and a soundtrack that fluctuates from ’60s doo-wop to the latest Rihanna. From a short-order–style kitchen pass, bathed in purple neon light, Gonzalez issues smart small plates that breeze between Mexico and San Diego. Some nod to his El Rey days, like exceedingly snackable chicharrónes that substitute vegan-friendly puffed wheat for the traditional pigskin ($10). Also vegan-and-proud is Gonzalez’s cheeky take on a Caesar salad ($12), with seaweed and nutritional yeast hitting the same pleasure points as the original’s anchovy and Parmesan.

A plate of roasted eggplant dressed in tahini and lemon ($10) is made infinitely more interesting if you add the option of mojama ($4), tuna that’s been cured until it takes on the salty chew of fine prosciutto. It’s just one of several great meat moments at the veg-forward Lalito, the most surprising of which is the carnitas.

Available in three sizes—single ($12), the for-two “Lovers” ($19) and the Familia, which feeds up to five ($40)—the tender, fatty pork has all of the looks of a Gonzalez prototype, with its cheery toppings of fuschia-rimmed radishes and corn nuts, but wrap the pineapple-juice–marinated meat in one of the kitchen’s house-made flour tortillas, and the bite is all abuela soul.