Restaurants, Seafood Chelsea
3 out of 5 stars 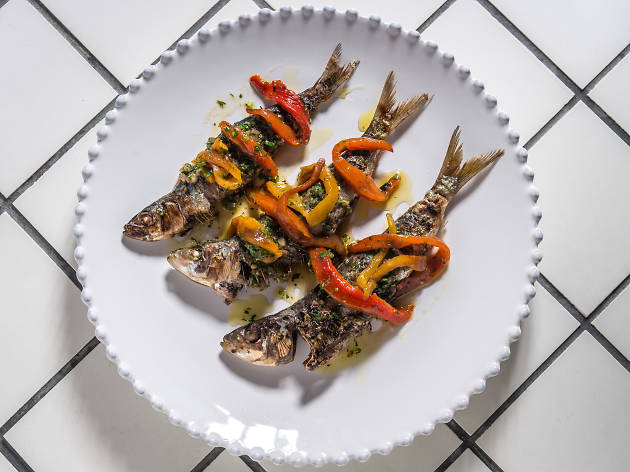 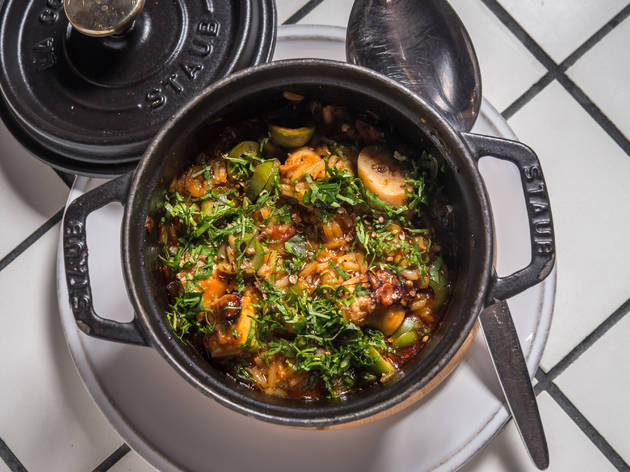 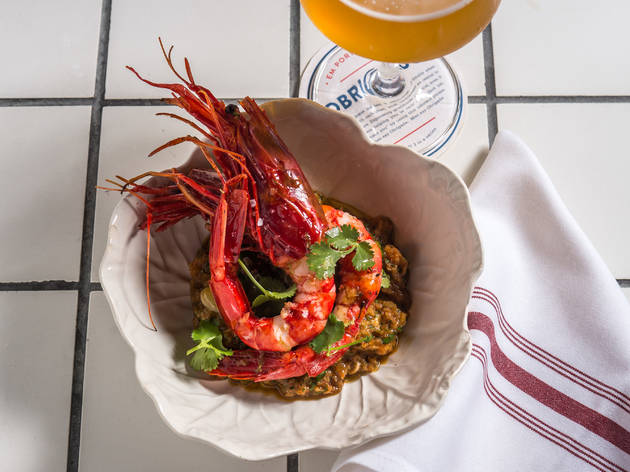 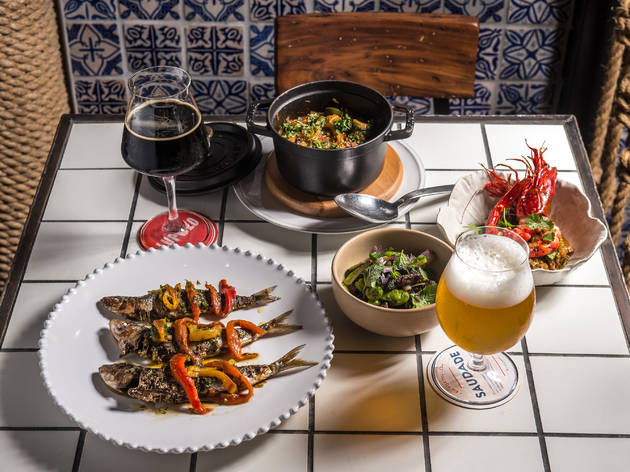 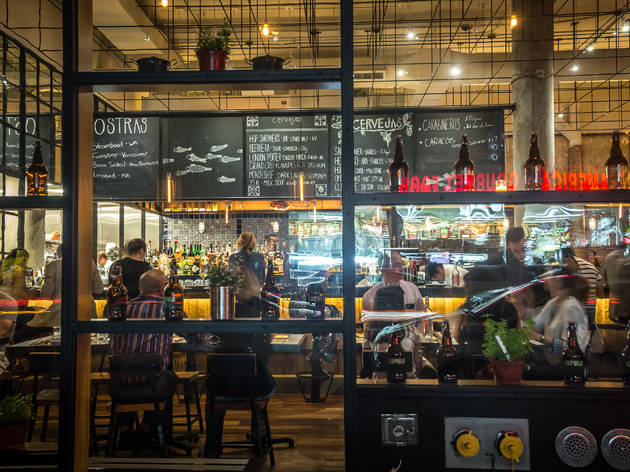 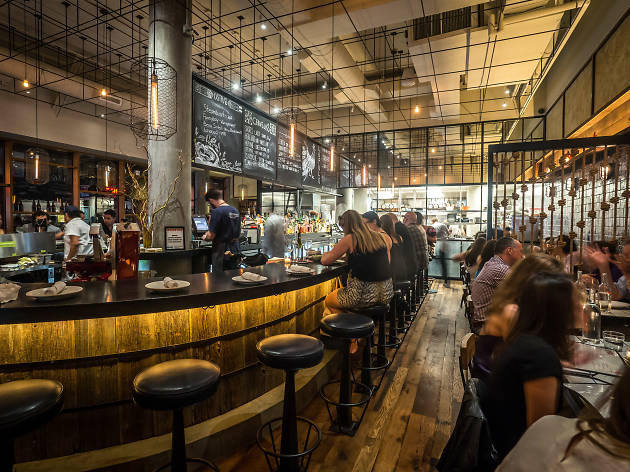 George Mendes has a slight fish problem. It’s not a wholly overarching error—it doesn’t mar the crispy, delicate orbs of battered bacalhau with piri-piri mayo ($8) or his piping-hot half-moon turnovers gorged with tender shrimp and smoky pimentón ($8)—but it’s a noticeably knotty thread that runs throughout the peixe portion of the menu at Lupulo, Mendes’s cavernous ode to his ancestral Portuguese cuisine and the beer-tavern cervejarias of Lisbon (lupulo means “hops” in Portuguese).

At the dressed-down follow-up—centered around a massive oval beer bar— to his Michelin-starred Iberian stunner, Aldea, Mendes serves a paella-like pot of octopus rice ($27) that, though christened with gorgeously tender nubs of mollusk, is too long on coriander and runs a touch watery. You persevere, sure that it was simply a rogue misstep, but then a bowl of shrimp porridge ($16) arrives similarly thin and weak, laced with too much parsley, jarringly crusty shreds of day-old bread and not enough of the chili pepper that the menu promises.

Those seafood stumbles are disappointing, yes, but Mendes rebounds with dishes like plump fava beans lustily adorned with blood sausage, chanterelles and ramps, smacking of earth and salt ($11), and grilled asparagus spears punctuated with dried sea urchin and walnuts ($17), as sparely sophisticated as anything you’d find at Aldea.

Unlike their sea counterparts, the meat mains pack potency, including a wood-fired, 60-day aged rib eye ($45) zapped with charred scallions and chimichurri sauce, given an extra pop of flavor courtesy of a sharp fat-cutting salad of watercress and radish, and Mendes’s take on piri-piri chicken (half for $14, whole for $26), the lush bird butterflied, charred until crisp and served with a medicine dropper of five-alarm pepper sauce.

It’s the robust kick you’d expect from a Portuguese chef of Mendes’s stock, and one Lupulo could use more of.