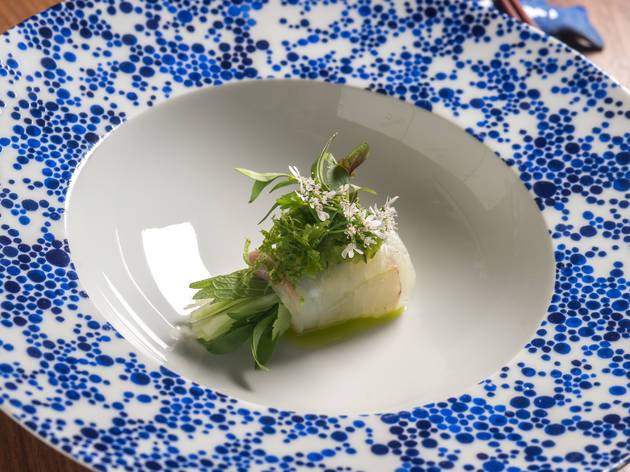 1/5
Paul WagtouiczSuzuki at O Ya 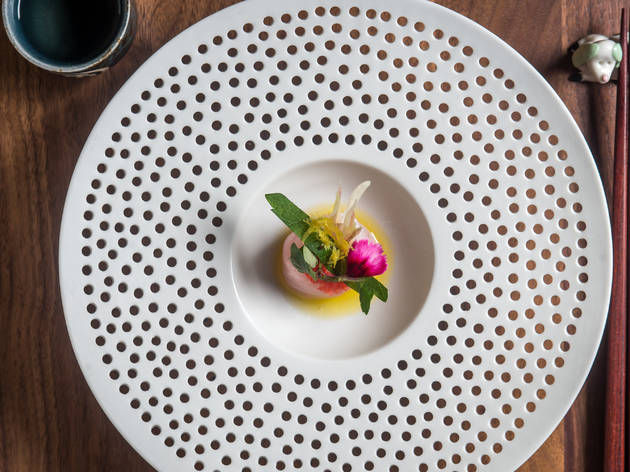 2/5
Paul WagtouiczKinmedai at O Ya 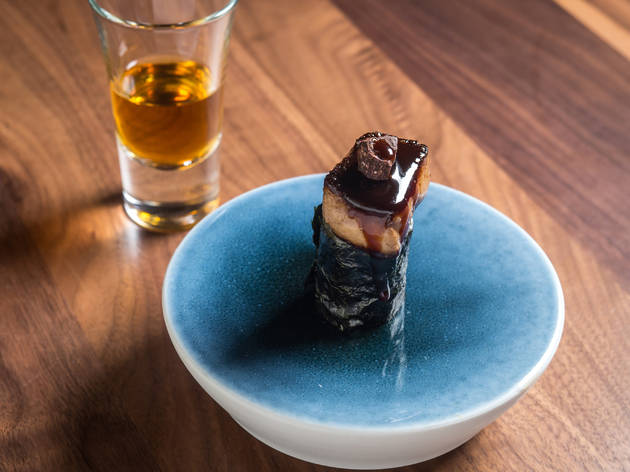 3/5
Paul WagtouiczFoie gras at O Ya 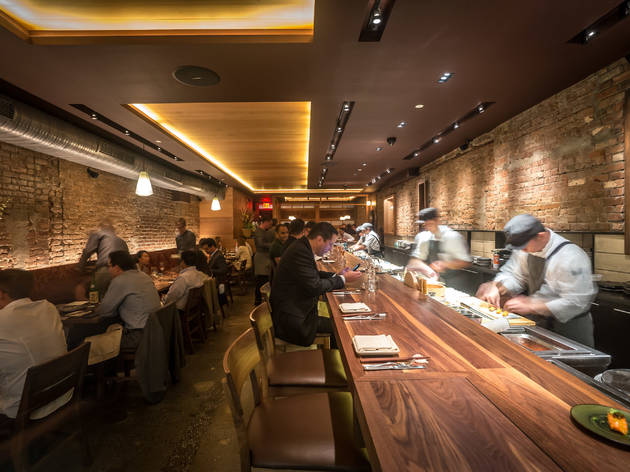 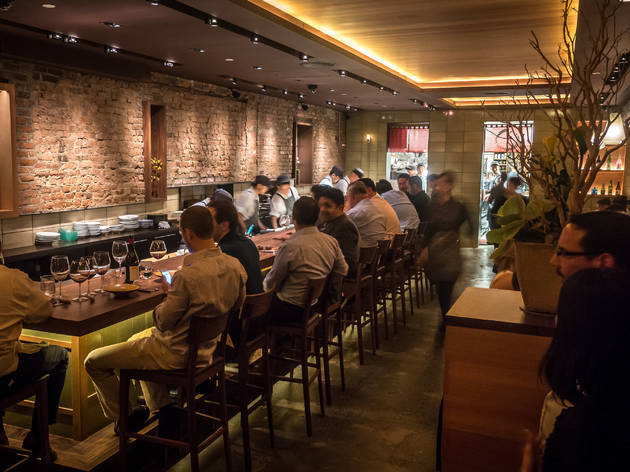 When chef Tim Cushman and his sake sommelier wife, Nancy, opened the original O Ya in Boston in 2007, it was a raw-fish revelation—a big-ticket sushi operation run out of a century-old redbrick firehouse by a chef with no formal training in Japanese cooking, let alone fluency in nigiri. Its masterful high-low blurrings—dishes like scallops with olive-oil bubbles and “legs and eggs” with Maine lobster and osetra caviar are touted on a menu scrawled in Comic Sans font—afforded Cushman a Best Chef: Northeast win at the 2012 James Beard Awards and a long-awaited New York outpost at the foot of Gramercy’s Park South Hotel.

That years-long wait is felt at the NYC offshoot. It’s not ’07 anymore—what was once class-crossing innovation in Boston has become par for the course in New York, a city where all-American apple pie caps three-figure omakase menus and sushi-temple soundtracks rival a Coachella undercard. With such big fish in an even bigger pond, can O Ya really stand out?

Cushman’s omakase—available as an 18-course $185 option or a $245 menu with six more dishes—begins with a bold affirmation, a crisp Kumamoto oyster tarted up with ponzu-marinated watermelon pearls and cucumber mignonette. Then comes barely seared hamachi, finished with a feisty banana-pepper mousse that pops like a firecracker.

It’s a stunning start, but the meal can’t sustain that momentum. The middle drags through leek-blossom tamago that’s meek even with dabs of Wagyu schmaltz, and a crispy shard of fingerling potato and black truffle set atop vinegared rice, a combination that even the sushi chef preparing it admits is similar to one served at Masa and its progeny Shuko.

Save for a few rogue sparklers— a frizzled Kumamoto anointed with yuzu kosho aioli and an otherworldly froth of squid ink—dinner doesn’t pick up speed again until, ironically, the meat. The military-capped chefs pull out blowtorches to sear tender tiles of Wagyu beef and a sinful foie gras creation, dressed with raisin cocoa pulp and a chocolate-shot balsamic kabayaki sauce. The torches’ theatrical blue flames illicit oohs and aahs upon first sight, but they’re deployed so frequently throughout the meal that they quickly lose their gleam. Been there, seen that.