Let’s all ease into a rocking chair for a moment and remember a time in New York—not so long ago—when you could recognize a French bistro by the aroma of its coq au vin and a Spanish spot by the crust on its paella. Much has changed in the past few years. Many of our chefs have hopped the rails, rejecting the limitations of a single cuisine and borrowing from a global pantry.

For the most part, this has been a very good thing. Neofusion has yielded lots of delicious things to eat, like Korean tacos, jambalaya arancini and matzo-ball ramen soup. But this culinary Wild West has also spawned its share of confused restaurants, helmed by chefs short-circuiting their efforts with too many possibilities. So it is at ambitious Bowery newcomer Pearl & Ash: There are plenty of good ideas brewing, but the restaurant feels caught in a creative fog.

The chef is Richard Kuo, a Taiwan-born Australian who logged time at Corton and wd~50 before opening Williamsburg’s celebrated but short-lived New Nordic pop-up Frej with Fredrik Berselius. Pearl & Ash, his first solo project, occupies a long space in the ground floor of the Bowery House, a flophouse turned chic hostel. It smacks a bit of Momofuku with bare wooden tables, backless stools at the bar and a fresh-faced sommelier sporting a Joy Division tee. But here the seats are lined with blue velvet, and a strange ’90s soundtrack of Sublime and Marcy Playground warbles through the speakers.

The chef has a way of sabotaging his proteins with too many flights of fancy: Sweet, raw ama-ebi shrimp teamed with radish slices and a scattering of floral bee pollen disappeared in an intensely tart smoked lime yogurt; octopus tentacles were dry rubbed with togarashi and panfried to near incineration, losing their delicate chew along the way. Veal cheeks were gorgeously cooked—tender from a 24-hour braise. But the savory meat was served with odd, flavorless nuggets of dehydrated “forbidden” rice (remarked one tablemate, uncharitably, “They look like turds”).

But then you taste Kuo’s exquisite tea-cured salmon—the petals of silky fish arranged with seaweed and an unorthodox crumble of tangy goat cheese—and you start to wonder. His plump mussels with hen-of-the-woods mushrooms are equally good. They float in a pumpernickel broth, suffused with the flavor of caraway. And the ice cream sandwich, made with the bitter Italian amaro Fernet Branca, is brainy and delicious, mashing up dessert and after-dinner drinks in one tidy package. In these dishes, Kuo elegantly synthesizes flavors in a way that’s missing elsewhere on the menu.

As chefs like Kuo continue to broaden their cultural scope, they’ll need to work on the balance between impulse and restraint, gastronomic backflips and simplicity. While Pearl & Ash isn’t yet the boundary-pushing restaurant it wants to be, those few strokes of creativity certainly make it the kind of restaurant you root for. With a little more tinkering, Kuo might still pull a fine eatery out of the haze.

Drink this: Former Gilt sommelier Patrick Cappiello stewards an almost absurd collection of more than 400 wines, some clocking in at well over $100 per bottle. Though the deep list is an odd fit for such a casual restaurant, it’s worth taking advantage of Cappiello’s knowledge and passion. Let him pull up a seat at your table and guide you to a gem like the 1994 Domaine aux Moines Chenin Blanc ($63).

Conversation piece: The building first opened in the 1920s as a flophouse called the Prince Hotel. Although the Bowery House has since transformed the upper levels into an upmarket hostel, there are still guests paying $10 a night to sleep in cubicles on the second floor. 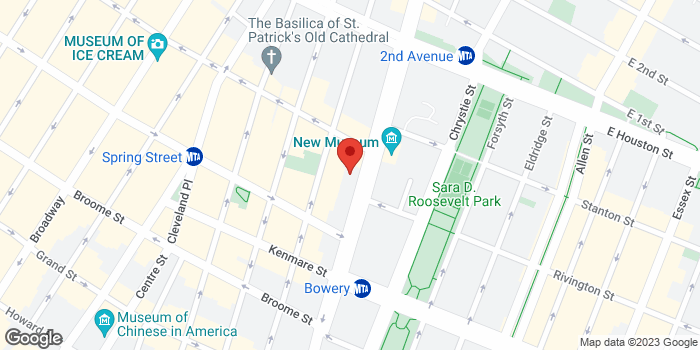