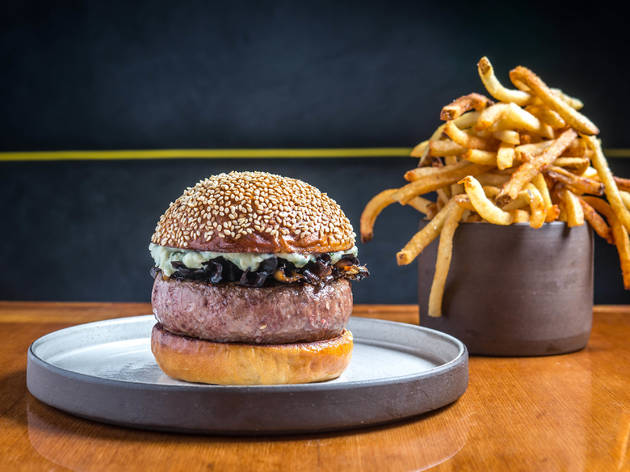 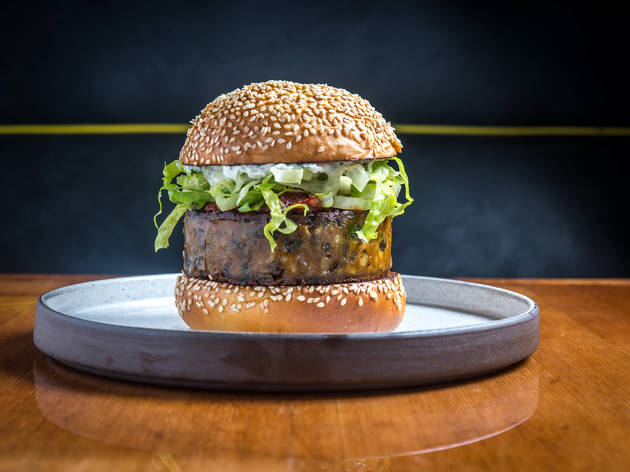 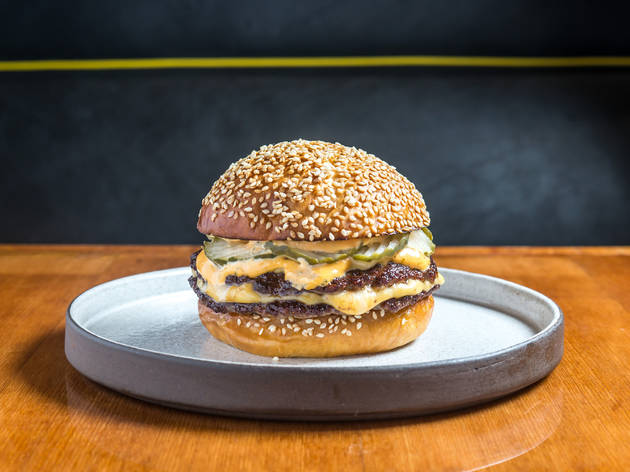 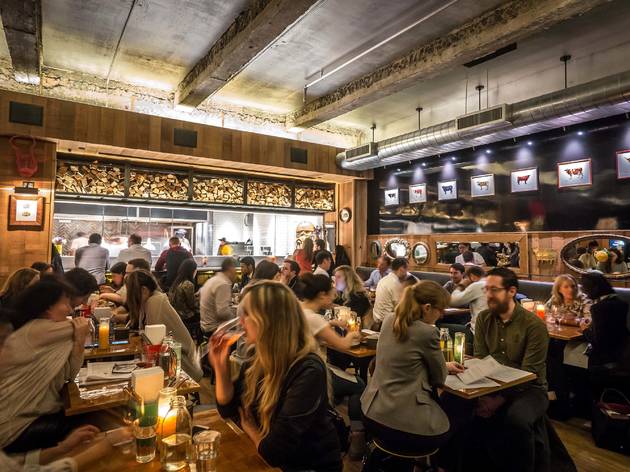 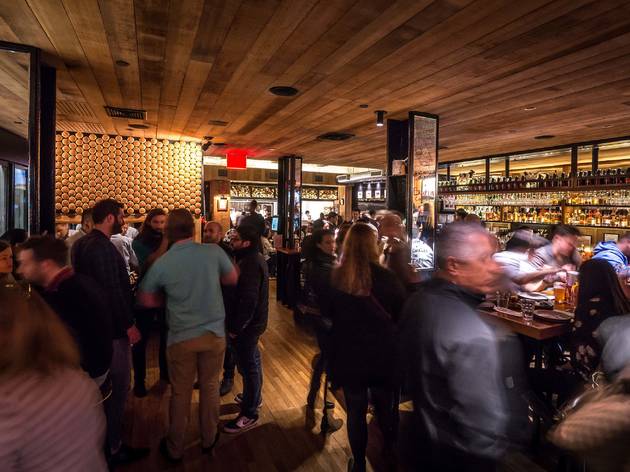 Some dishes are bigger than the restaurants that built them. They transcend the plates they’re on to become New York landmarks in their own right: The pizza at Di Fara, the pastrami at Katz’s and, yes, the burger at the Spotted Pig. April Bloomfield’s trademark Roquefort-topped patty has reached near-icon status since debuting at that West Village gastropub more than a decade ago. It’s a gorgeous burger, all blue-cheese funk and beef-bomb umami, and it’s one with longevity; it helped land the Spotted Pig on this year’s James Beard Award short list for Outstanding Restaurant.

At Salvation Burger inside the Pod 51 Hotel—the patty analogue to Bloomfield and partner Ken Friedman’s midtown Mexican canteen Salvation Taco—the Michelin-starred chef serves a worthy contender to the Pig’s starring dish, the Rocky Balboa to its Apollo Creed. It might not better its opponent outright, but boy, what a fight.

The strapping house burger clocks in at $25 (sans fries, mind you—you’ll have to pay an extra seven bucks for those), but you’ll forget about the markup once you get your fangs around an eight-ounce puck of sublimely tender, downright steaky beef, butchered and dry-aged in-house and fired over wood. Toppings change frequently, but a recent night saw the beastly burger draped with tangy Taleggio, velvety caramelized onions and a garlicky plait of in-season ramp butter on a house-baked bun slathered in aged beef tallow.

The namesake comes as rosy as a slip of raw salmon, but the Classic ($17)—a thin-pounded double-patty situation layered with homemade cheese, secret sauce and crinkle pickles that takes inspiration less from the bistro and more from the drive-through—must arrive medium, a server will gently tell you. It’s no matter—even with that extra grill time, it’s still lusciously juicy.

Other burger outlets have tapped into a Shake Shack–style fast-casual approach, but Bloomfield adversely takes her time: Whole steer have to be broken down, pickles have to be brined, cheese has to be curdled and buns have to be kneaded. That from-scratch, slow-food philosophy works well for the offerings—a house-smoked hot dog has a great snap upon first bite and is layered beneath a bright tumble of vinegary vegetables ($14)—but is bogged down by a lethargic waitstaff.

A half hour rolls by without even a check-in, neglect that’s repeated often. And reservations are not taken, meaning the already-raucous dining room—hyperpacked with bovine kitsch, as subtle as its bright-as-a-Mexican-blanket taco sibling—becomes even more congested with people waiting for a backless stump to sit on. The burgers are five-star—if only I could say the same for the rest.