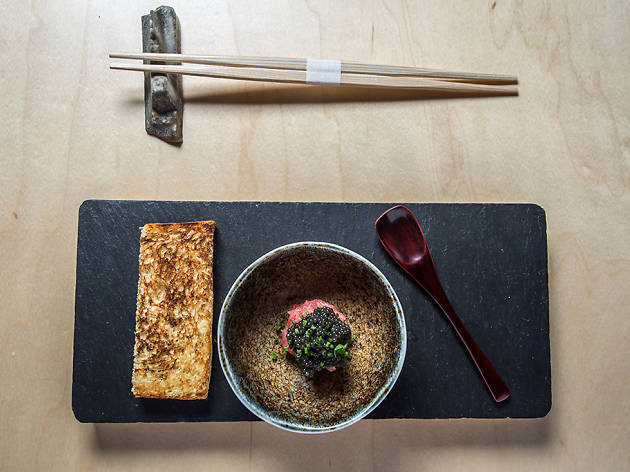 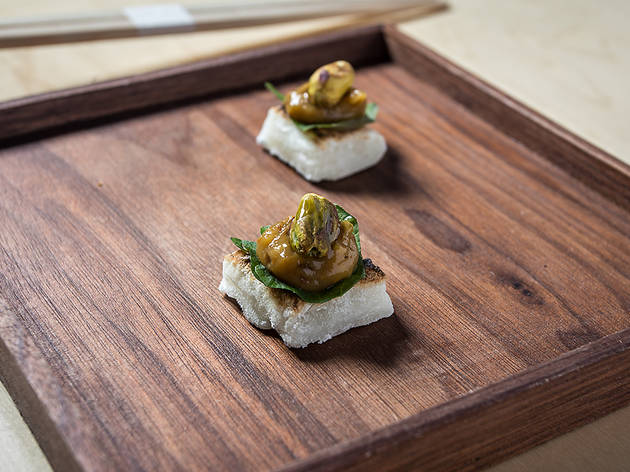 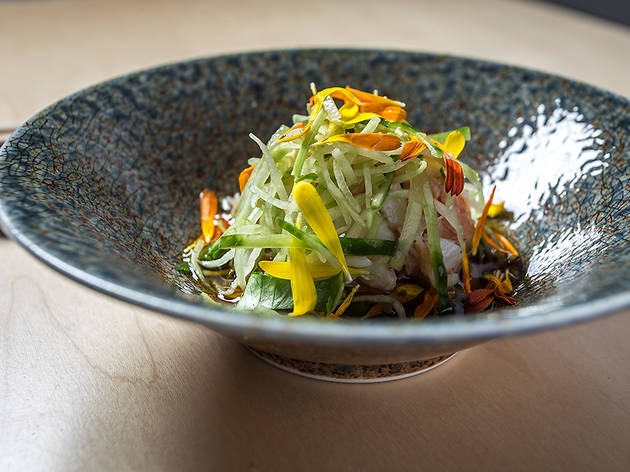 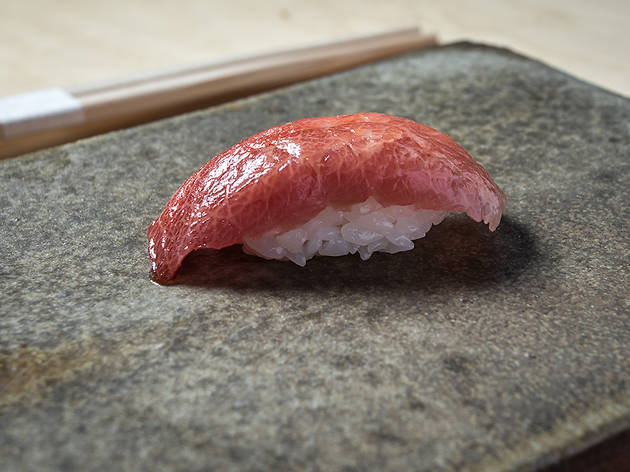 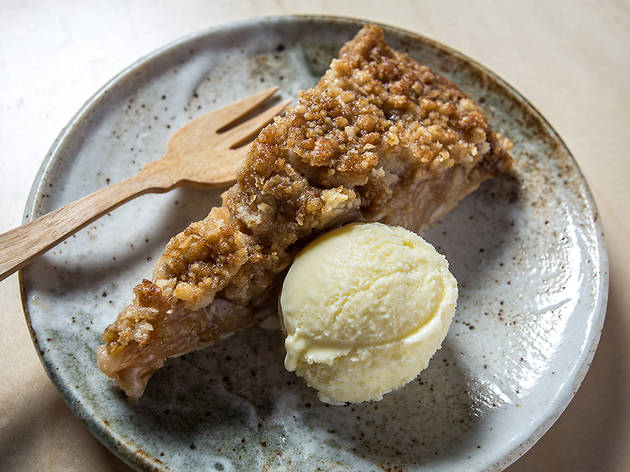 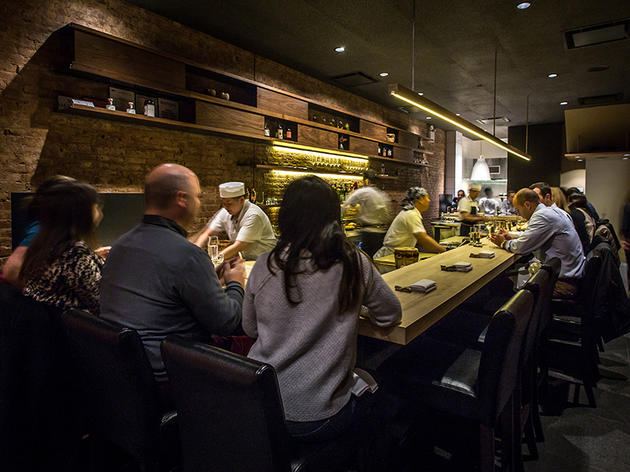 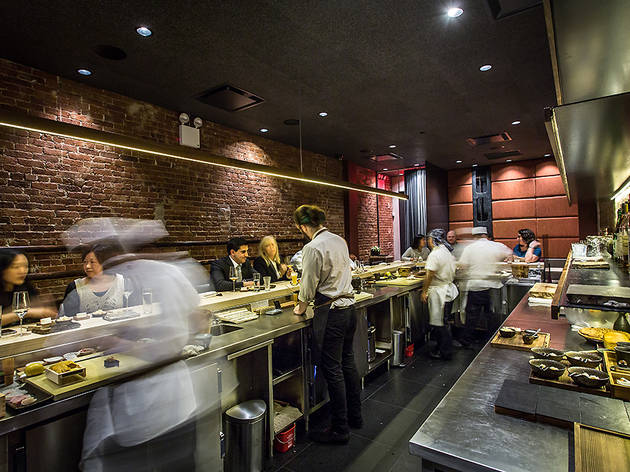 To gauge the change in New York sushi, just look at the soundtrack. The soothing strings and serene jazz of topflight toro temples have been swapped out for the devil-may-care swagger of Jay Z and the Notorious B.I.G., pumped out at decibels more commonly befitting a beer dive than a sushi counter.

The cool-kid cred can be felt at raw-fish young’uns like New York Sushi Ko and Sushi Nakazawa, but nowhere was it more unabashedly in-your-face than at Neta. From behind a minimalist ebony counter, rock-star chefs Jimmy Lau and a beanie-capped Nick Kim—longtime disciples of sushi demigod Masa Takayama—brazenly served peanut-butter ice cream and uni-rich risotto alongside their gleaming, à la carte tiles of nigiri.

That populist streak softly colors this 20-seat follow-up—the beanie remains, as does the thumping “99 Problems”—but where a pricey omakase was an option at Neta, here it’s mandatory.

A cool $135 prompts a parade of exceptionally made edomaezushi served in its purest form, each lightly lacquered with soy and nestled atop a slip of warm, loosely packed rice. Luscious, marbled toro, a usually late-in-the-game cut affectionately known as the kobe beef of the sea, boldly arrives first, even before sweet Spanish mackerel with barely there shreds of young ginger or sea bream dabbed with plummy ume shiso. The cocksure shuffling, though initially jarring, is a kick hiccup to your usual omakasebeat, a winking reminder that, even with the price hike, Lau and Kim haven’t completely shed their subtle sushi-dogma subversions.

For real sushi ballers, the $175 kaiseki menu expands on those maritime beauts with a stomach-swelling array of delicate, seasonal composed plates that gives Lau and Kim the room to really stun.

There are Neta carryovers, including the Masa-decadent toro tartare that’s made to be eaten atop lightly grilled milk bread with Black Sturgeon caviar, and an elegantly refreshing salad of West Coast Dungeness crab, cucumber and chrysanthemum in a tosazu-vinegar dashi.

Playful newcomers include house-made mochi squares, as toasty as summer-night marshmallows and dabbed with a richly nutty pistachio miso; a tempura-fried cake of scallop, carrot and burdock with a latke homeyness; and a hunk of short rib, atop a slick of squash puree, rendered so weak-in-the-knees tender, it fall aparts at the mention of a chopstick. Then there’s the crumbly apple pie, a characteristically out-of-left-field finisher served with silky bay-leaf  ice cream.

On one night, a microscopic bit of crustacean shell nearly marred an otherwise lovely dish of lobster funked with smoked bacon and truffle, and at times, the relentless onslaught of plates can have a dizzying effect. So, sure, Shuko’s got a few problems, but great fish ain’t one.