Though New York’s food scene may be the world’s most diverse, not every type of cuisine is well represented. Since 1998, Tanoreen—a cult destination in Bay Ridge—has been alone at the top above other Middle Eastern establishments, a standard bearer in a category that has few.

Despite its far-flung locale, near the end of the R train, as of 2009 the restaurant’s tight quarters could no longer accommodate its immense popularity. Last fall the family-run enterprise moved up the block into much larger digs, generically bland, like a catering hall, with Middle Eastern--style sconces and wall art that seem catalog-sourced. But despite its neutered vision of the eastern Mediterranean, the hospitality remains as warm and familial as ever.

Palestinian-born Rawia Bishara, who runs the restaurant with her daughter Jumana, prowls the dining room nightly, a maternal hostess generously handing out hugs, handshakes, and big party platters lavishly garnished in tomatoes, parsley and za’atar dust. Her cooking—Middle Eastern soul food, you might call it—is based on tradition but not enslaved by it. While many dishes are just like what her mother made, plenty of others chart their own course. Attention to detail distinguishes all of them.

The secret to her almost-narcotic meals, insists Bishara , lies in her own signature spice blend—essence of Tanoreen, if you will—a proprietary mix tossed onto everything. How else to explain why a simple fish pilaf—with fried shredded tilapia, almond slivers and caramelized onions—is so compulsively craveable? Or why even basic grilled chicken casts other poultry kebabs in such a shameful light? That flavorsome breast meat shares equal billing, on an enormous combo platter, with tender cubed lamb and ground kofta torpedoes. The remarkably tender meat trio arrives with a fluffy mountain of golden rice pilaf and a bright salad of chopped tomatoes and cucumbers. These sides accompany just about every entre, a delicious refrain, yes, but too much of a good thing when you’re passing around platters banquet-style, as you should when you dine here.

Rather than loading up on main courses, the best bet is to double down on a vast meze spread—throw in a few extra dips, a platter or two of roasted, tahini-drenched vegetables—before sharing a pilaf, some grilled meat and one of the more offbeat entres from the very long list of “Rawia’s specials.” On a recent visit those specials included a delicious, labor-intensive combo featuring tiny cracked-wheat lamb kibbe and mini shushbareks (delicate handmade lamb dumplings) floating in a wide bowl of warm, velvety yogurt.

Although there are top-notch Middle Eastern bakeries all over Bay Ridge, Tanoreen’s honey-drenched sweets are, like everything else here, all made in-house. While the date roll and baklava are both outstanding, they’re no match for the restaurant’s knafeh, a baked-to-order sweet-and-savory treat—copious enough for a four-top—featuring warm, gooey cheese under an intense buttery layer of shredded honey-soaked phyllo. You’re not likely to find better outside the West Bank.

Thanks to Bishara’s knafeh, her pilafs, spreads and gorgeous grilled meats, the new Tanoreen remains just as packed as the old one. In fact, demand seems to have swollen to fill the much larger space, a reality that’s not surprising in the least.

Drink this: Tanoreen has a well-stocked bar and a pretty decent wine list. A light, easy-drinking Akakies Greek ros ($34) is a fine, breezy match for the amply spiced food. Mint tea is de rigueur when it comes to dessert.

Sit here: The best seats in the house are in the glass-enclosed atrium just off the dining room.

Conversation piece: Although well-known for her dinner parties, Rawia Bishara—who learned to cook from her mother—had never run a professional kitchen before opening Tanoreen in 1998. 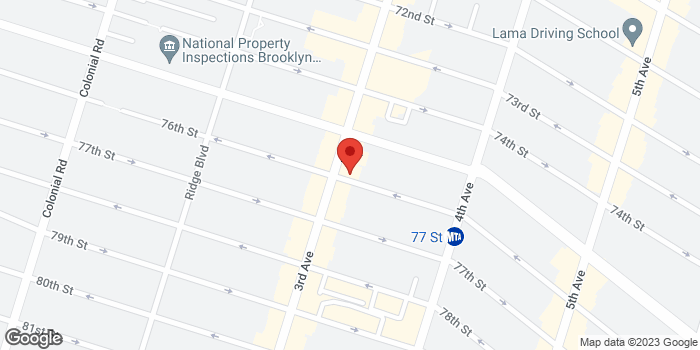