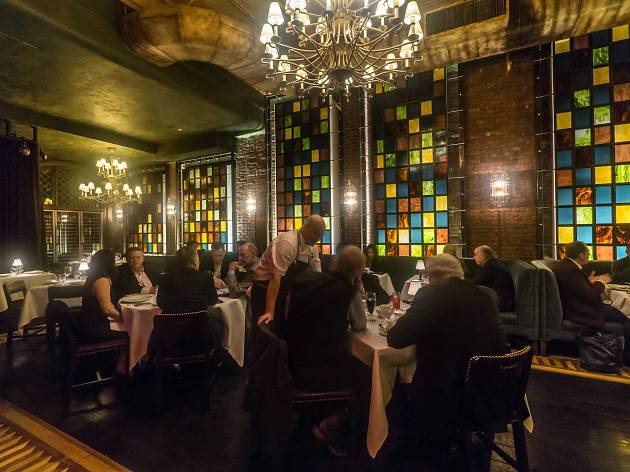 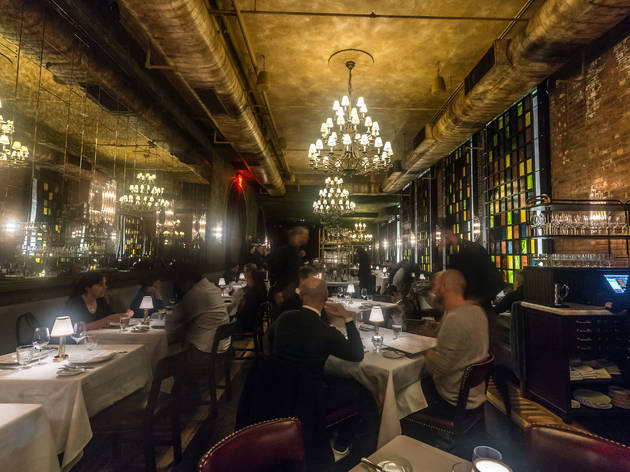 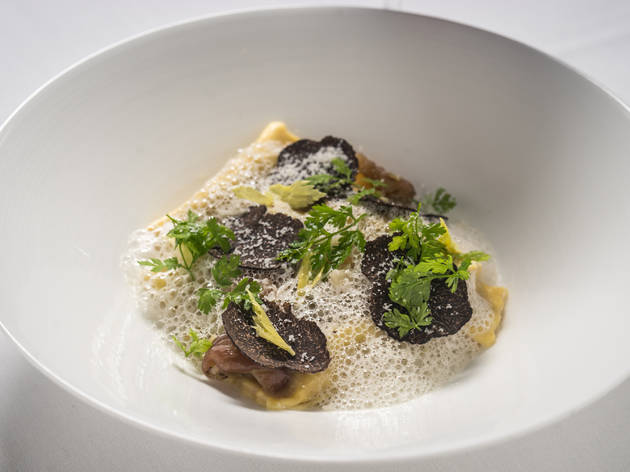 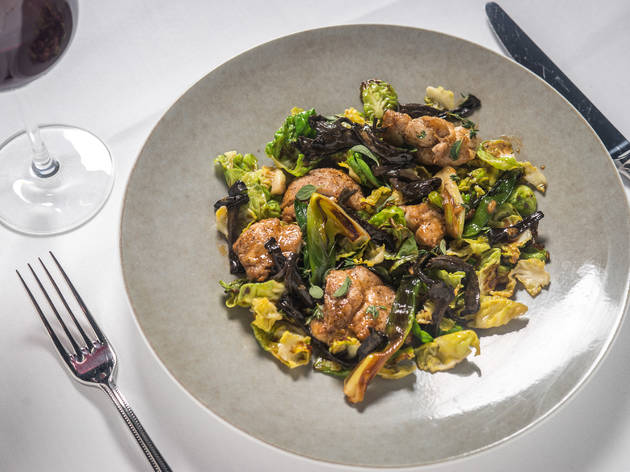 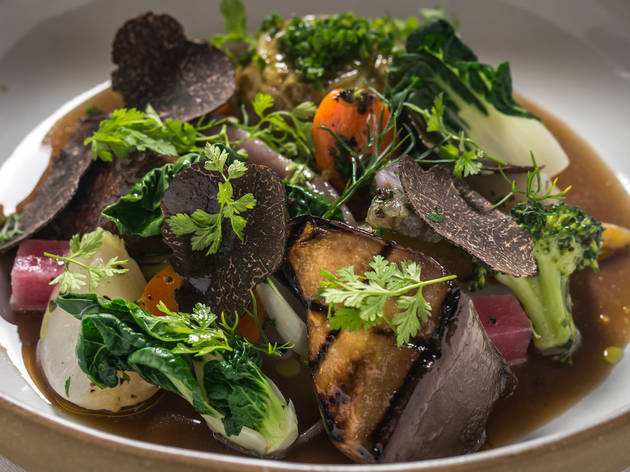 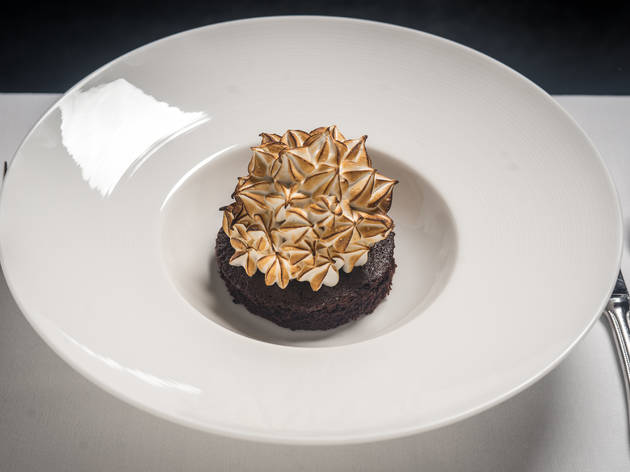 They make quite the glamorous pair: Augustine and Fowler & Wells, glowing and genteel on opposite ends of the grand atrium at the Financial District’s new Beekman hotel, a ritzy restoration of the late-19th-century landmark building known as Temple Court.

With such classically good looks, it’s not a surprise that neither Augustine nor Fowler & Wells employ any highfalutin kitchen theatrics, and you won’t find any of the ingredients du jour—no black walnuts, Calabrian chilies or beer whey—on either menu. This may be the new Financial District, but it’s FiDi all the same, and hotel dining in FiDi at that.

In place of gastro nerdiness, Colicchio and executive chef Bryan Hunt offer polished, straightforward American food at Fowler & Wells, the kind of plates on which a smattering of shaved truffle is considered spicing up the relationship. You’re here for seasonal, dependable cooking that’s informed by the past but without any schmaltzy kitsch: sautéed foie gras ($27), hot-smoked monkfish ($39) and a Wellington, made here out of venison and trussed with huckleberries (part of the $135 tasting menu).

Rabbit schnitzel is lovely in its lightly crisp, golden coat ($37); more of that tender meat is tossed beneath the schnitzel with pistachios, blue foot mushrooms and roasted lemon. A bed of agnolotti ($21), filled with chestnut puree and topped with a froth of celery root sauce, lacks earthy depth; stouter in their woodsiness are a pot-au-feu of root vegetables and mushroom broth, which beefs up with each spoonful ($31), and the plump porcelet with its sweet apples and tart braised cabbage, though you’ll have to wrestle with its at-times tough skin to reach the juicy pork sausage stuffed inside the loin ($35).

This historic building has what it takes to house the big bold flavours of Thomas Collichio. Wow was lunch ~ cocktails ~ wine and service! The meal was huge. Oyster stews, gnodi with sage and lardons, bouillabaisse and duck leg confit cassoulet. So good, so on point. The pics tell it all. Enjoy the Ernest Hemingway to wash it all down. Divine.