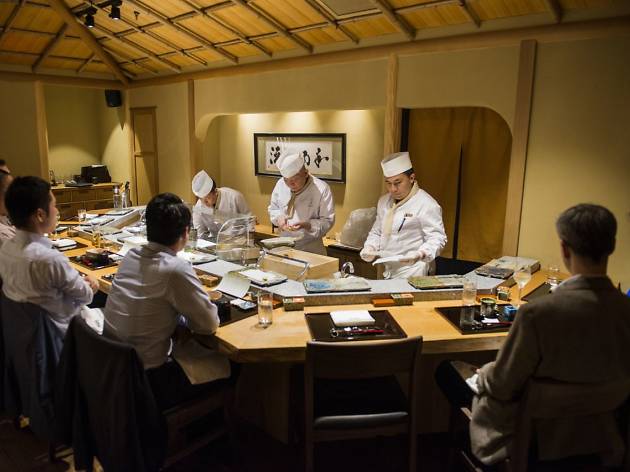 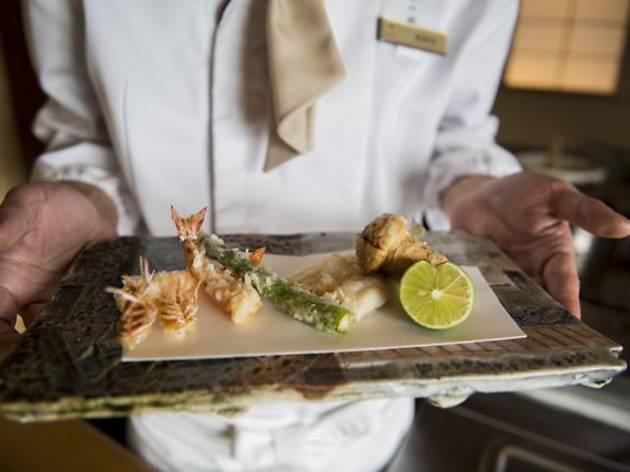 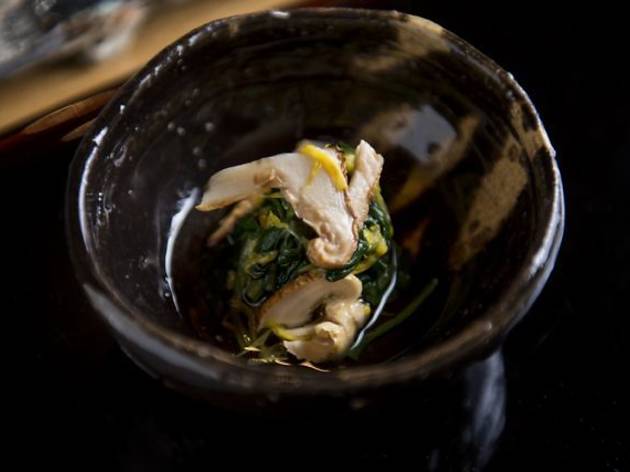 3/6
Cayla ZahoranMatsutake and spinach with dashi at Tempura Matsui 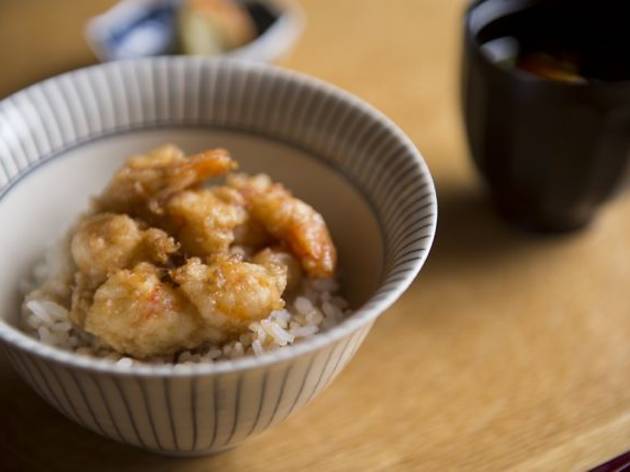 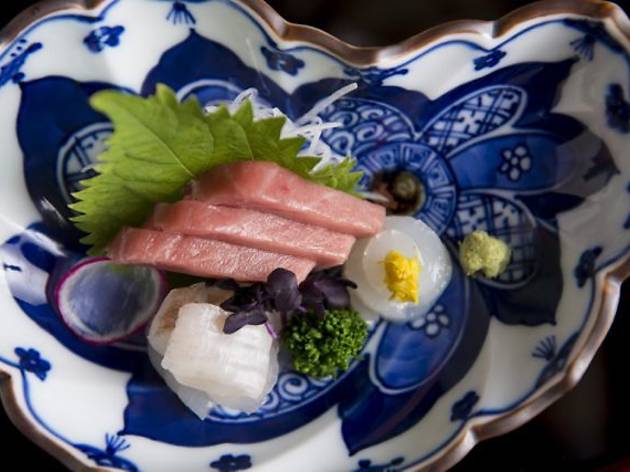 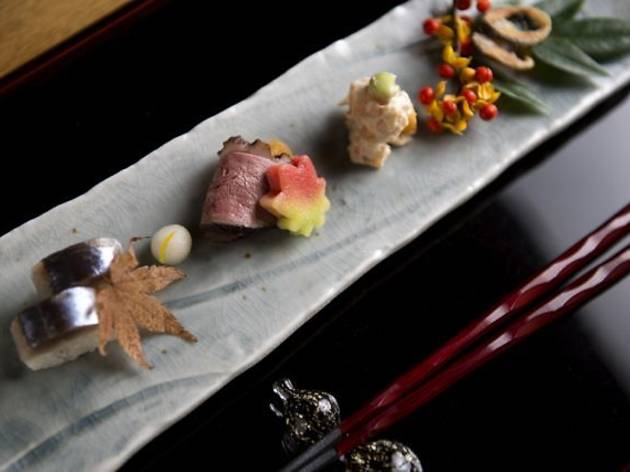 In the überindulgent world of three-figure omakase thrills, sushi reigns, with finance whales and deep-pocketed diners kneeling at the throne of trumped-up toro. But tempura, Japan’s battered-and-fried preparation of seafood and vegetables, was never a part of that fine-dining fawning.

Enter Masao Matsui. Lured out of retirement by the Ootoya America restaurant group, the 65-year-old Tokyo import has been commanding fryers in Japan for nearly 50 years, a finesse felt in the ease with which he handles his cooking chopsticks behind the tempura counter, drawing those wooden batons up from his mixing bowl to show the ethereal silkiness of his batter.

Beneath an A-frame bamboo-paneled ceiling, which gives the intimate 19-seat room the feeling of being nestled inside a sukiya-style cottage, Matsui bows his starched white cap with each of 10 courses, a well-paced parade of velvety house-made tofu, gelatinous junsai buds, assorted sashimi and the marquee tempura.

As is custom, shrimp starts the tempura tasting, flown in twice a week from Tokyo’s Tsukiji Market. Delicate heads are whisper-coated in batter, dragged through a cotton-sesame oil blend and set on clean parchment before you. Golden and greaseless, the antennae pop with a potato-chip crunch. Slender tails come two at a time—the chef instructs you to taste one dressed with a spritz of lemon and rock salt and the other dipped in dashi broth stirred with a spoonful of grated daikon. Both ways are exquisite.

Matsui’s near-translucent tempura veils work wonders for seafood—a scallop sealed in nori before frying, its soft center one luscious shade off raw, or sizzling strips of sea eel, crisp edges curling in on itself like an ancient scroll—but they’re almost too gentle for hearty vegetables like meaty maitakes and dense pumpkin. Though if there’s anyone who can put tempura in the fine-dining discussion, it’s Matsui. Get talking.